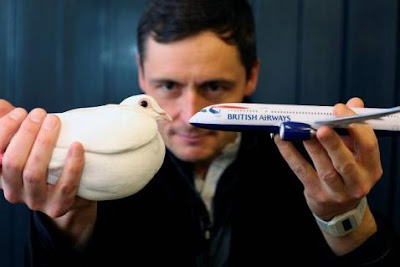 FLIGHT BA2012 SET TO POP UP!
British Airways will launch an exclusive airline themed pop-up venue – ‘Flight BA2012’, celebrating the best in British talent in the run up to the London 2012 Olympic and Paralympic Games. 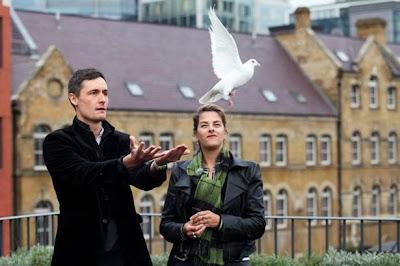 above: Pascal Anson and Tracey Emin with the Dove, inspiration for a special art decorated aircraft for British Airways

Open on select weekdays from April 4 to 17, the three-in-one art gallery, cinema and dining lounge will showcase the works of the BA Great Britons who were mentored by Richard E. Grant, Tracey Emin and Heston Blumenthal. 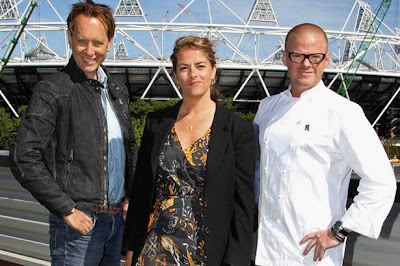 The airline-themed venue, hosted in East London, has been exclusively designed to recreate a premium flying experience and will offer guests a sneak preview of the Great Britons works before they are rolled out on flights beginning this month. 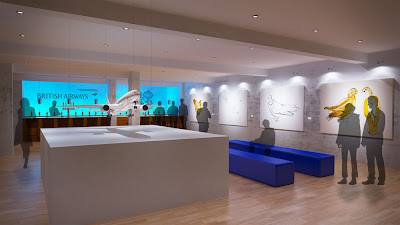 Flight BA2012 includes artwork from artist-designer Pascal Anson from Brighton, who was mentored by Tracey Emin on his ‘Dove’ design for a range of celebratory aircraft displayed in the gallery. 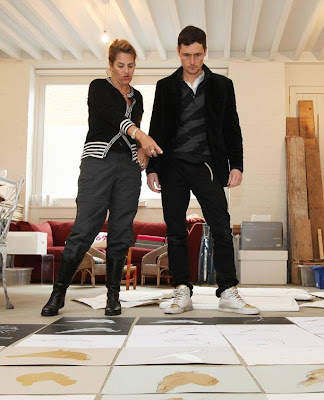 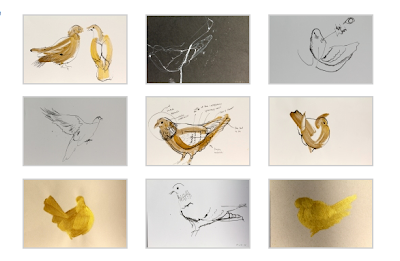 above: Dove drawings by Pascal Anson (courtesy of the artist) 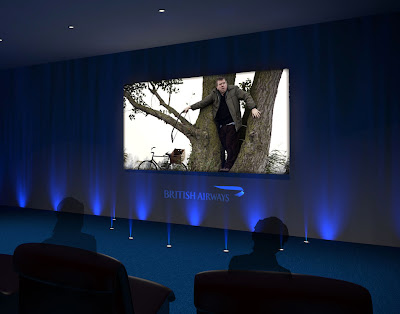 It also features short film ‘BOY’ starring Timothy Spall, written by screenwriter Prasanna Purwanarajah under the mentorship of Richard E. Grant, which will be screened in the cinema. 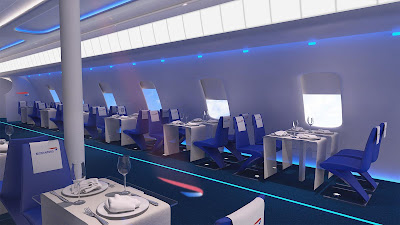 Guests will also be able to sample a bold British menu created by Michelin-star chef Simon Hulstone, who has produced an Olympic Games inspired menu under the guidance of Heston Blumenthal. (Unfortunately, tickets to the Flight BA2012 dining lounge are already sold out). 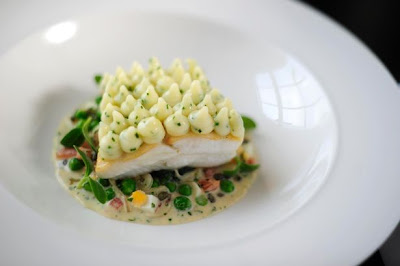 above: Not your normal airline food – Simon Hulstone’s Fish Pie is a work of art (photo courtesy of Jim Wileman, British Airways) 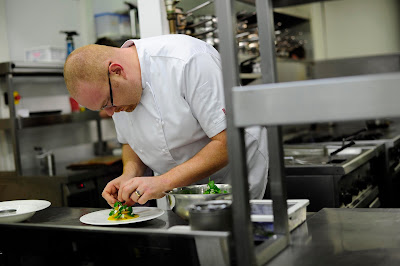 above: Simon Hulstone at work 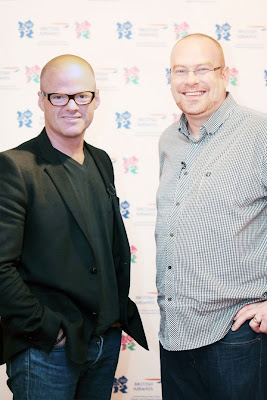 above: Heston Blumenthal and Simon Hulstone devised the Olympic-themed menu

Frank van der Post, British Airways managing director of brands and customer experience, said: “We wanted to bring the flying experience to the public, allowing guests to preview our in-flight entertainment, celebratory aircraft livery and on-board menus in anticipation of the London 2012 Games. This is going to be an exciting year for the capital and this is just the very start of our take-off!”

• For £50, guests will receive entry to the gallery and screening room, plus a welcome glass of champagne, sit down three course menu with amuse bouche, and tea, coffee and petit four. (This dining experience is no longer available /sold out)

• Simon’s menu will be available on long-haul flights departing London Heathrow between July and September (excluding certain routes such as India and Japan).

• The airline worked with LOCOG, BAFTA, the Fat Duck Experimental team and the Royal Academy of Arts on the BA Great Britons programme

British Airways is the official airline of the London 2012 Games.

information and images courtesy of British Airways and Getty Images