Although the seventh movie in the Star Wars franchise, Star Wars: The Force Awakens, has yet to be released, you are probably sick of seeing Star Wars related items. That said, I do have to bring these to your attention because they are the first true, officially licensed Star Wars Christmas Ornaments with an aesthetic that will appeal to the artist or graphic designer. 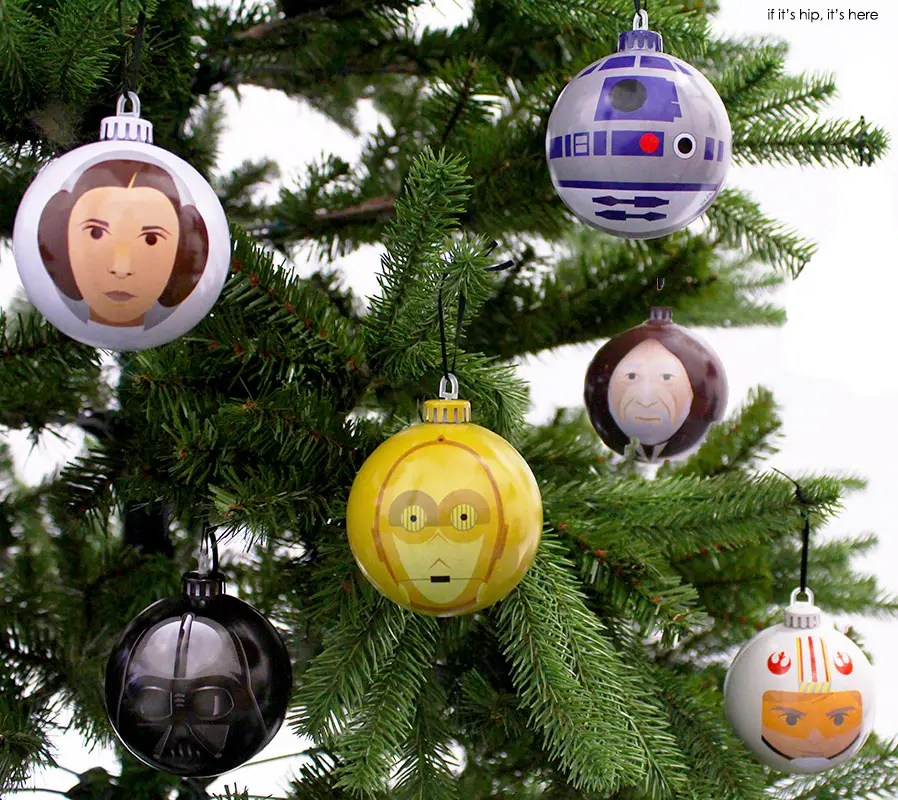 Not that I don’t respect and understand the appeal of the Hallmark Star Wars ornaments or the Kurt Adler Star wars ornaments and decorations. But for those of us who would rather our tree look less like a toy store and more like an artistic holiday icon, these beautiful new baubles incorporate a minimalist and flat design. 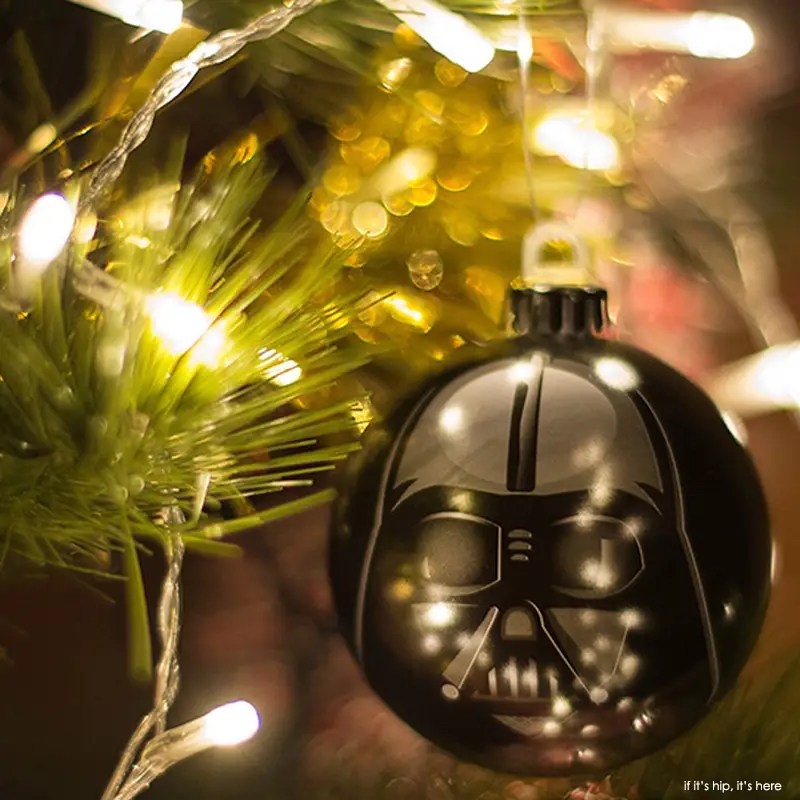 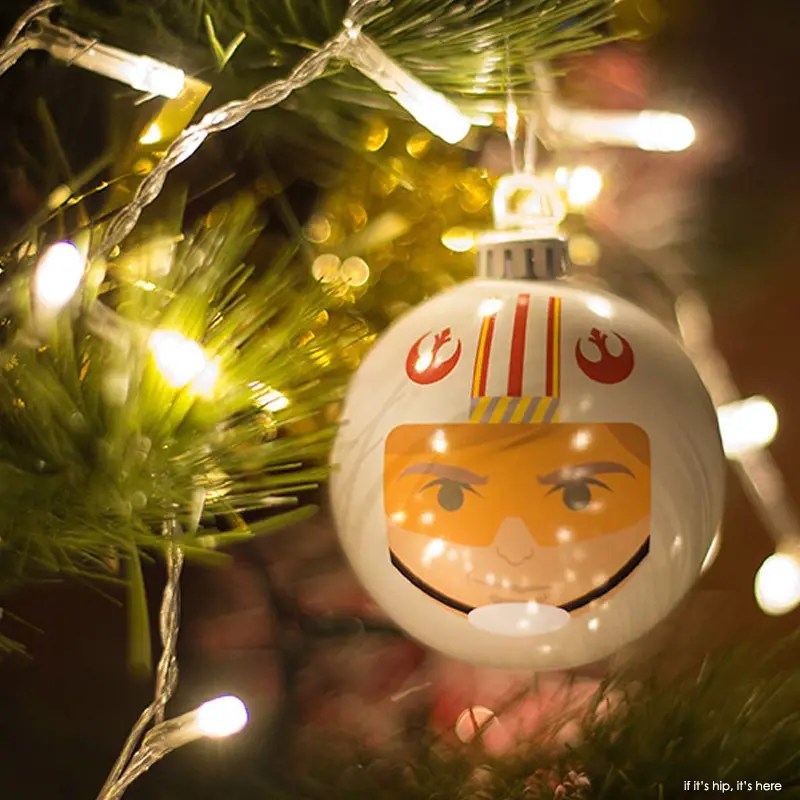 The Princess Leia, Han Solo, Lando Calrissian and Obi-Wan ones look as though they were designed by artist Alex Katz! 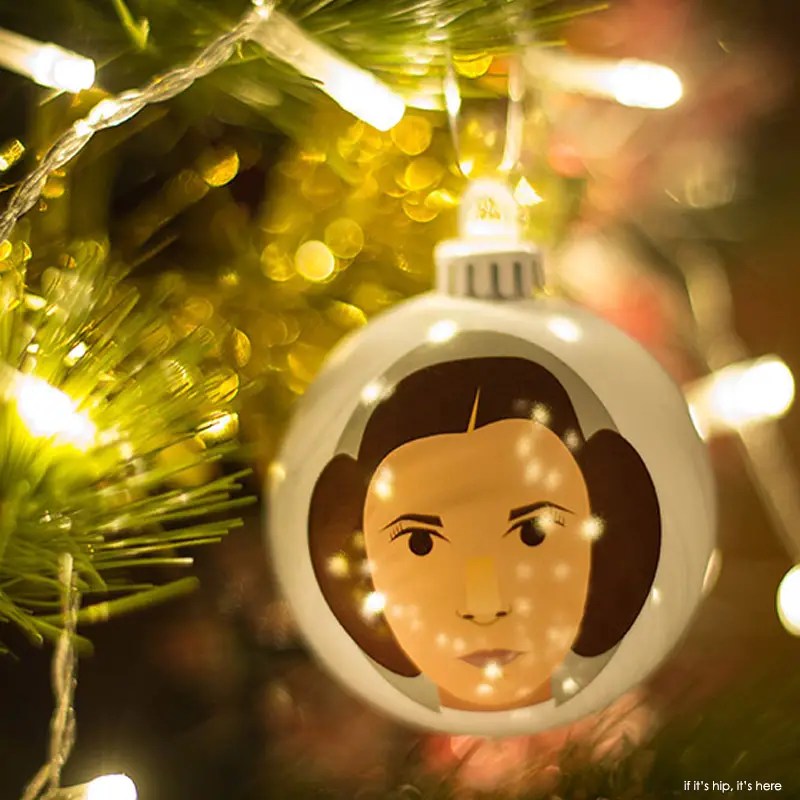 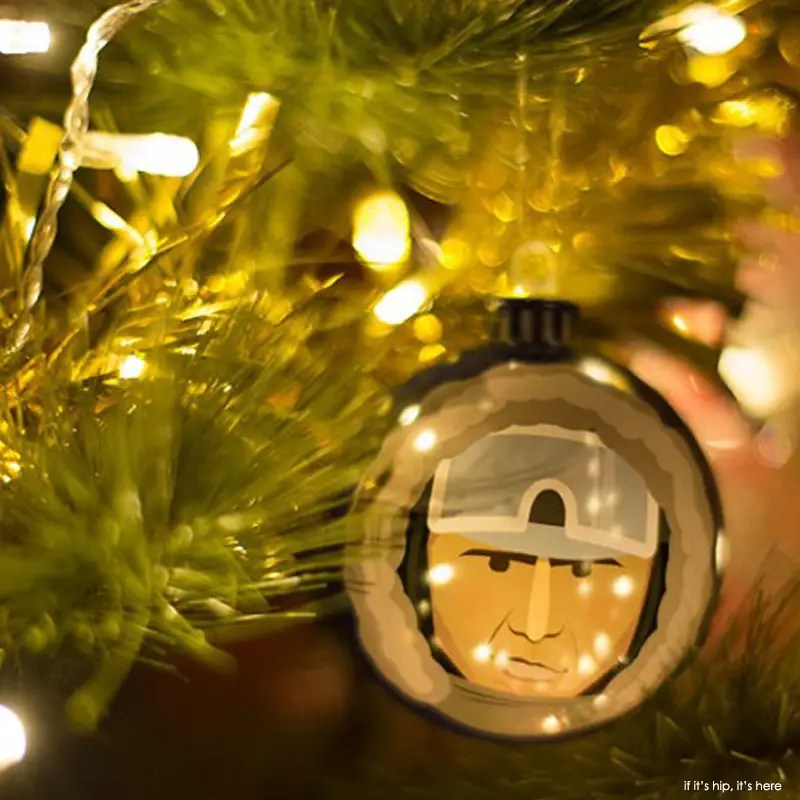 Created by Numskull Design for Disney, they are sold in four different packs of six featuring illustrations of 20 main Star Wars characters from the six Lucas films.

Each Official Star Wars ornament (bauble) was designed after characters in the Star Wars universe. The ornaments measure approx 3″ in diameter (7.5cm x 7.5cm) and are made of 100% tin. Have faith in the force’s ability to spruce up your Christmas Tree and get this Official Star Wars A New Hope Bauble Pack. Each bauble is designed on a different character from the original film, with Darth Vader, R2 -D2, X-Wing Luke, Princess Leia, Obi-Wan Kenobi and C-3PO making an appearance in this pack.

The Empire Strikes Back Pack You’ll make a noise similar to Chewie getting his back rubbed when you lay your eyes on these awesome baubles! In this Official Star Wars Empire Strikes Back Bauble Pack you get AT-AT Driver, Master Yoda, Han Solo, Boba Fett, Lando Calrissian and Chewbacca baubles.

Return of the Jedi Pack 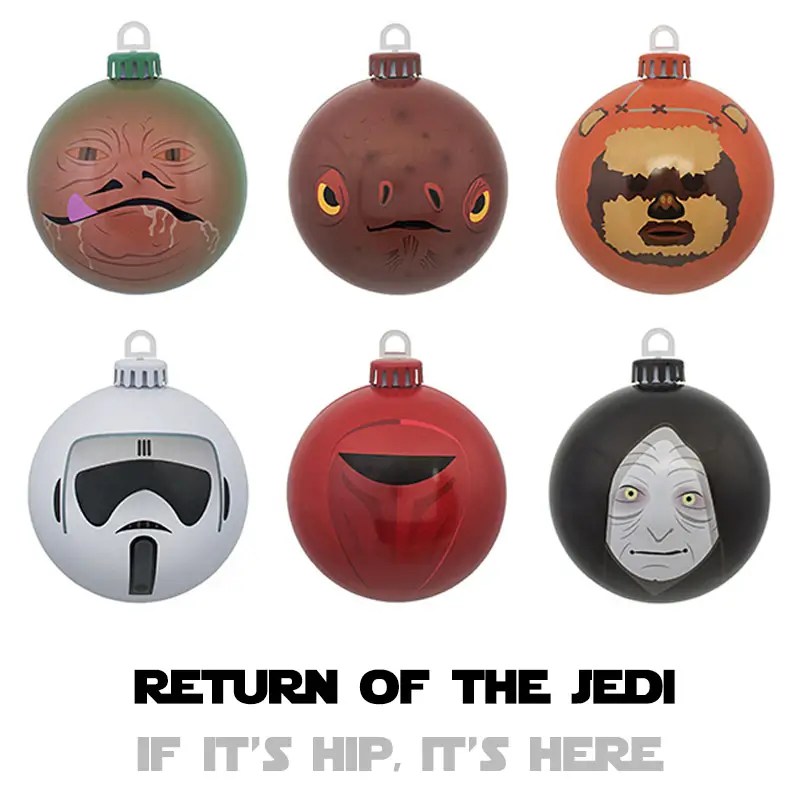 No, it isn’t a trap, these really are Star Wars baubles based on Return of the Jedi. In this bauble pack you get Emperor Palpatine, Emperor Royal Guard, Jabba the Hutt, Biker Scout, Ewok Wicket and Admiral Ackbar himself. So get this Official Star Wars Return of the Jedi Bauble Pack and rig your Christmas tree for festive fun. Show that you adhere to the will of the empire with this Official Star Wars Imperial Bauble Pack. This pack is a celebration of the imperial forces, with 5 Stormtroopers and a Death Star included in this pack. 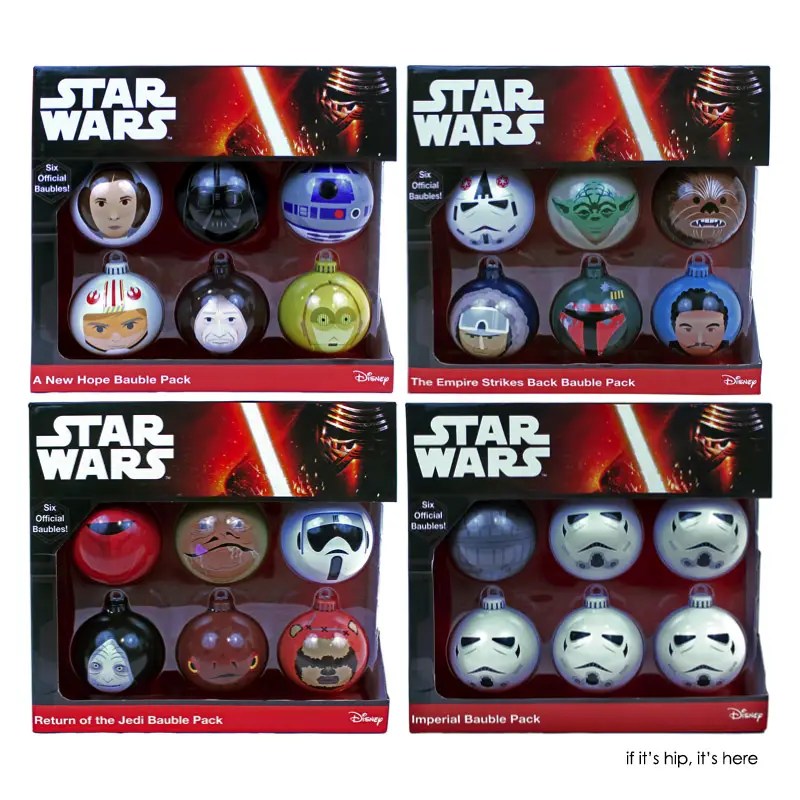 info and images courtesy of Numskull and Merchoid

An Electric Scooter So Hip, You’ll Not Only Save Gas, You’ll Save Face.