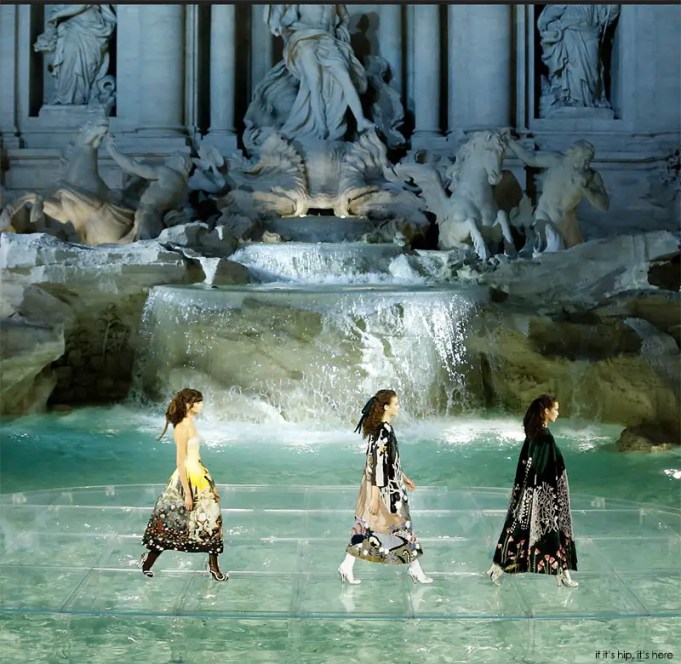 In honor of their 90th Anniversary Italian house FENDI staged a magical runway show. With a catwalk the likes of which has never been seen before, the Fendi models walk on water in Rome’s famous Trevi Fountain. It was Fendi, for the Fendi For Fountains project, who actually financed the 17-month restoration project of the Trevi Fountain to make the waters flow again in 2015. Sealing its profound and long-lasting bond with Rome, Fendi  chose its hometown to celebrate its 90 year anniversary, staging a unique event in the Eternal City that included a Fashion Show at the iconic Trevi Fountain, opened by Kendall Jenner. 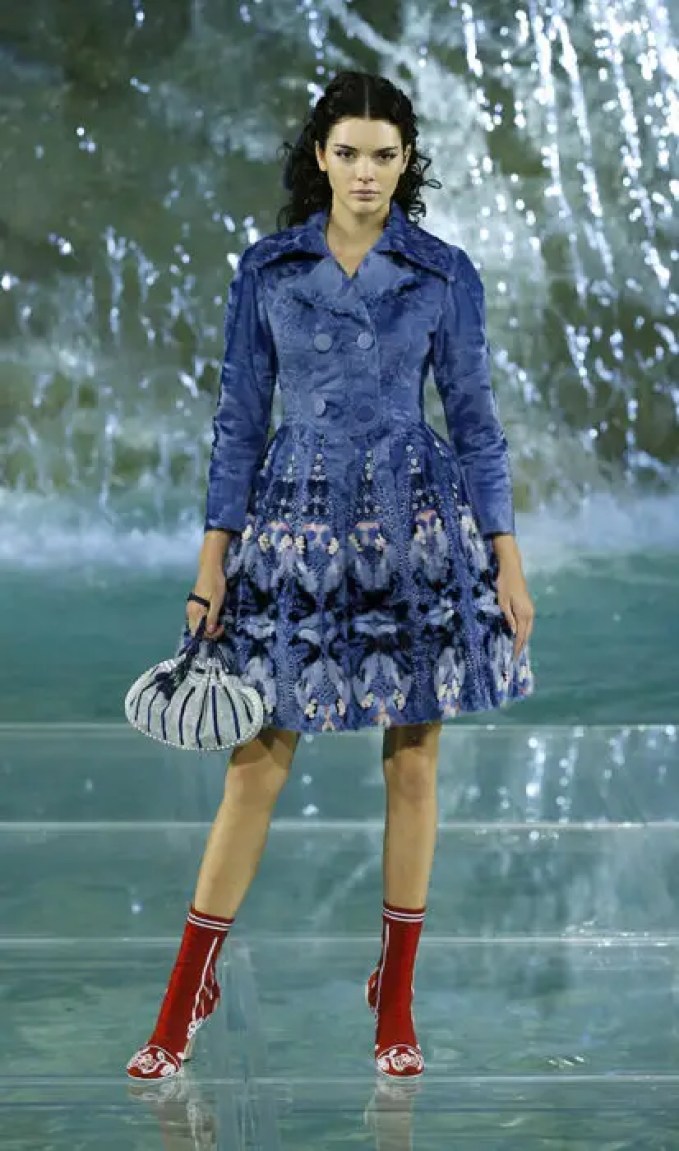 Celebrities including Kate Hudson were in attendance at the brand’s second ever Haute Fourrure Show, entitled “Legends and Fairytales”.

The Trevi Fountain, a Roman icon made famous by a scene in Federico Fellini’s “La Dolce Vita,” was a one-of-a-kind scenery: its water and play of lights fused with the catwalk rhythm giving life to a divinely magical atmosphere.

360? Videos
The videos below are 360? videos. Put your cursor on it and drag around to view the entire scene:

The collection of 46 Fendi fashions was inspired by Danish fairytale illustrator Kay Nielsen, who painted color plates for the book Fairy Tales by Hans Christian Andersen in 1924 and also later worked for Disney on such films as Fantasia.

Founded in Rome 90 years ago, FENDI opened its first boutique in 1926 in Via del Plebiscito, featuring a small fur atelier and leather goods workshop. Still today the luxury Maison hosts in-house ateliers and creative temples where highly-skilled artisans convey all their expertise to unique creations, all made-in-Italy. The Maison is also releasing the “FENDI Roma” book at the San Luca Academy inside Palazzo Carpegna, alongside “FENDI ROMA – The Artisans of Dreams” exhibition at Palazzo della Civiltå Italiana. The exhibition, open to the public from 9th July, is conceived to celebrate the Maison’s unique fur craftmanship and creativity, founding and distinctive elements of the luxury Roman House’s core values. Published by Assouline, the book retails for $195 but can be pre-ordered here for $162.43. Never ordered it? Well as of 2021 it’s approximately $400. That’s why you should listen to us!

Nail Lacquers Inspired By Everything from Bruises To Dickens, STRANGEBEAUTIFUL™

Creative Superstar Virgil Abloh Has Died. A Look Back At Some of His Contributions.