you are here: if it's hip, it's here » green /eco » eco-friendly » Edible Drinking Glasses That Encourage You To Litter. Jelloware. 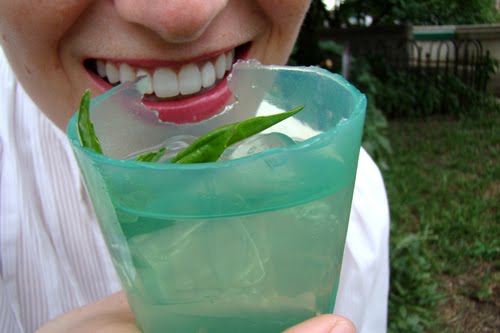 The folks at The Way We See The World have designed edible, flavored and naturally biodegradable gelatinous drinking cups, that when tossed on the surface of the planet, actually contain organisms that nurture the growth of grasses and plants. Jelloware re-imagines the concept of drinking, and imparts a new experience in the way it feels, tastes, smells, moves, and is even disposed of. 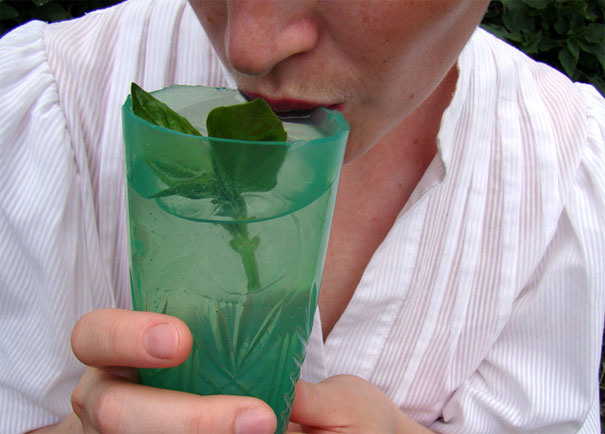 The cups are made entirely out of agar agar (a gelatinous substance made from red algae) and cast in different flavors, such as lemon-basil, ginger-mint, or rosemary-beet, each specifically designed to compliment a corresponding drink. 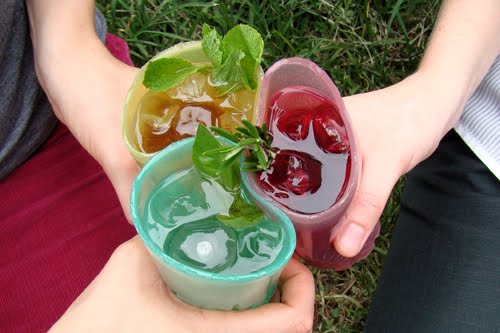 Jelloware is meant to be thrown into the grass after it is used as agar agar* is a seaweed extract and actually nurtures the growth of plants. 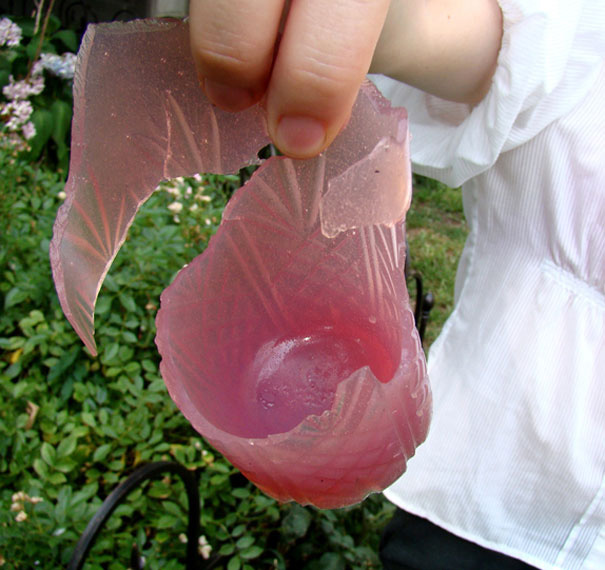 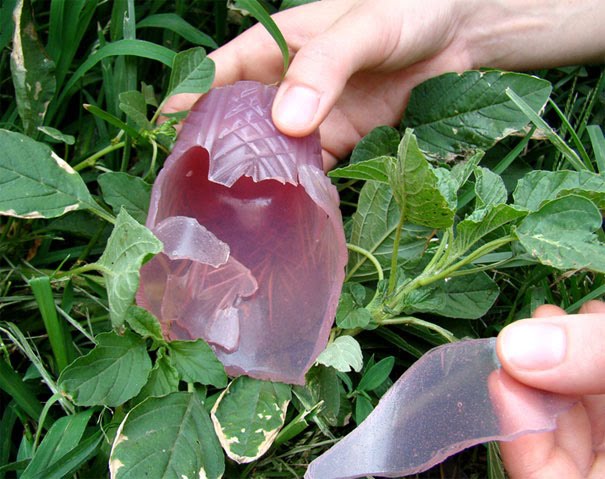 *Agar (agar agar) is used in laxatives, as vegetarian gelatin substitutes, as a thickener for soups, jellies, ice cream and other desserts, and as a clarifying agent in brewing, and for paper sizing fabrics. Chemically, agar is a polymer made up of subunits of the sugar galactose. Agar polysaccharides serve as the primary structural support for the algae’s cell walls.(source: wikipedia) 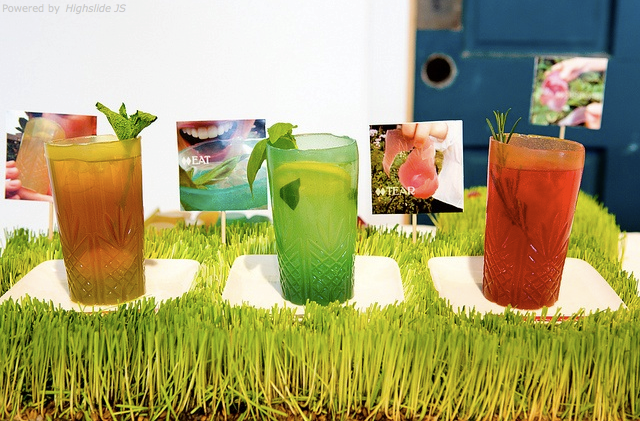 above: The concept and design won them the honor of Runner Up for Structural/Sculptural Integrity in the GSS Jell-O mold competition. 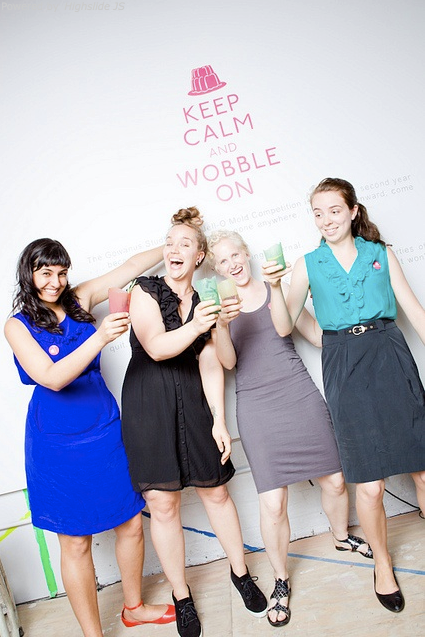 THE WAY WE SEE THE WORLD is a product design consultancy comprised of Monica Bhatia, Chelsea Briganti, Ingrid Zweifel, and Leigh Ann Tucker, that pulls its lens back to take in the edges, where contexts take shape and boundaries form. We believe that design is fundamentally a creative response to the evolving challenges of the present. We are keen eyes in a world that changes with each blink, locating innovation in the space created by emerging realities.

Thanks to PSFK for bringing this to my attention and to Yanko Design for some of the additional images.