above: a cropped version of the full poster

WHAT IS COASTAL CLEANUP DAY?
Every year, on the third Saturday in September, people join together at sites all over California to take part in the State’s largest volunteer event, California Coastal Cleanup Day. END_OF_DOCUMENT_TOKEN_TO_BE_REPLACED 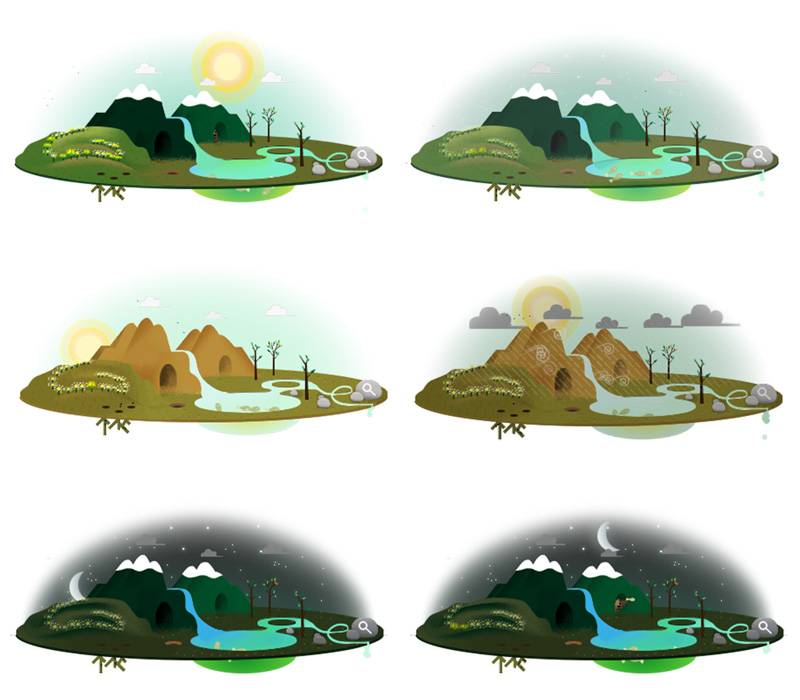 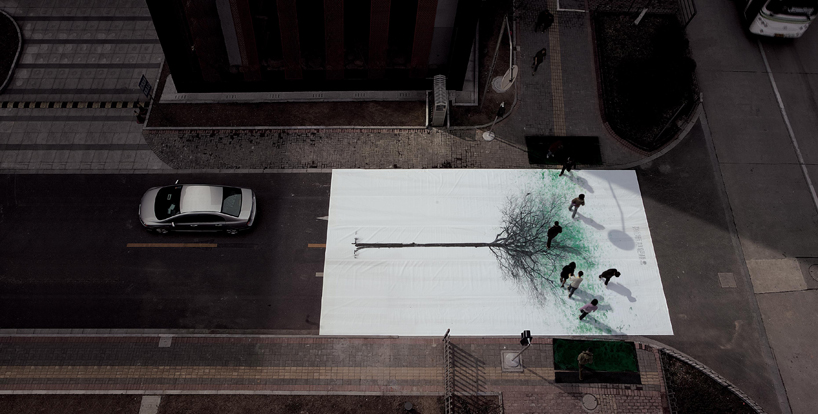 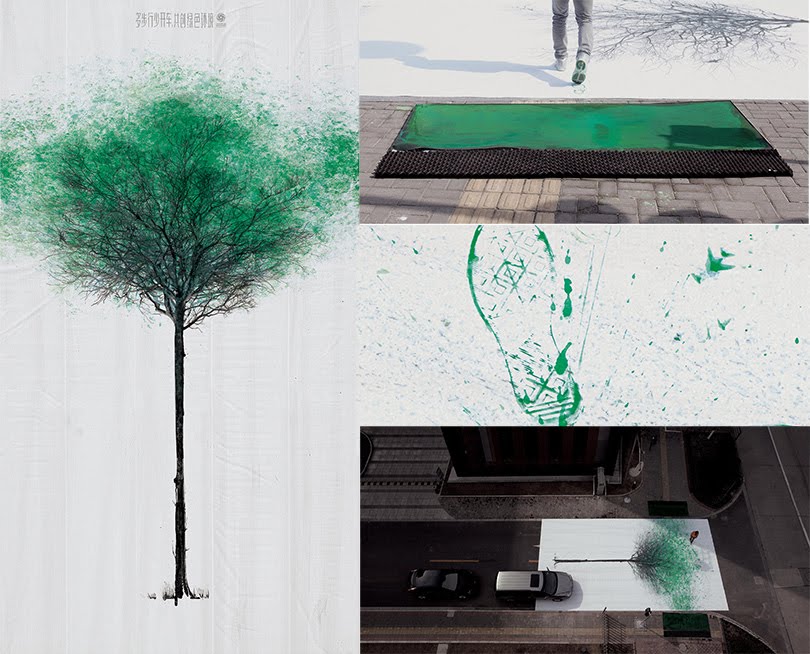 The Brief
40% of carbon monoxide emissions come from cars. According to China’s Ministry of Commerce; the country is now the world’s largest car market with over 500 million vehicles on the road. This is without a doubt having a huge impact on the environment. China Environmental Protection Foundation wanted an attention grabbing tactic to urge everyone to do their bit for the environment. They asked people to walk more, and drive less. DDB Shanghai created an outdoor advertisement on the street to push this message. 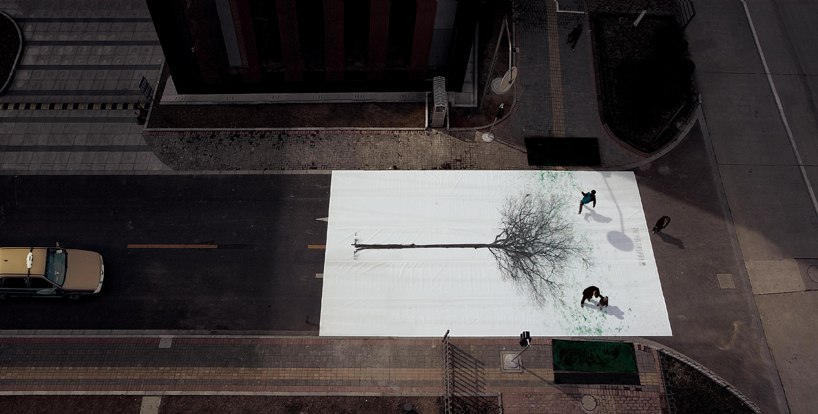 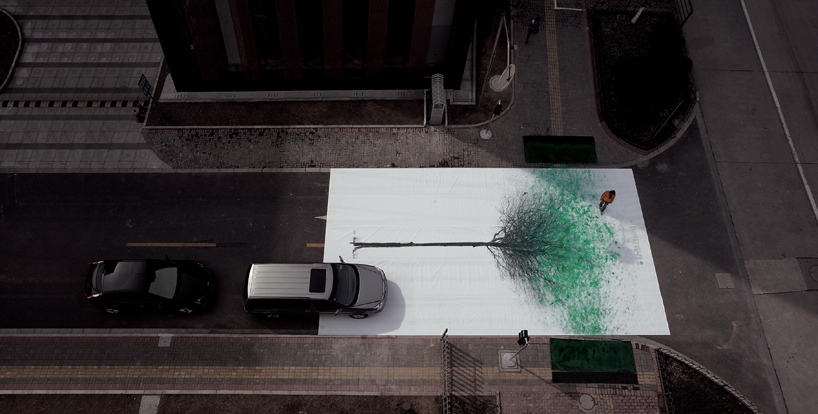 The Solution
The agency decided to leverage a busy pedestrian crossing; a place where both pedestrians and drivers meet. They lay a giant canvas of 12.6 meters long by 7 meters wide on the ground, covering the pedestrian crossing with a large leafless tree. Placed on either side of the road beneath the traffic lights, were sponge cushions soaked in green environmentally friendly washable and quick dry paint. As pedestrians walked towards the crossing, they would step onto the green sponge and as they walked, the soles of their feet would make foot imprints onto the tree on the ground. Each green footprint added to the canvas like leaves growing on a bare tree, which made people feel that by walking they could create a greener environment. 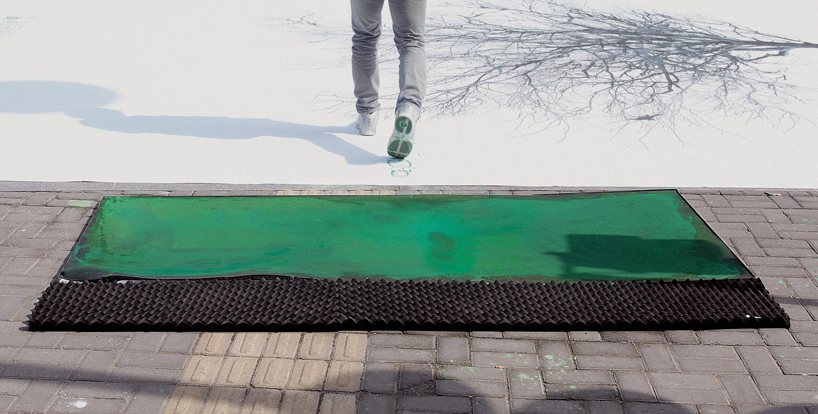 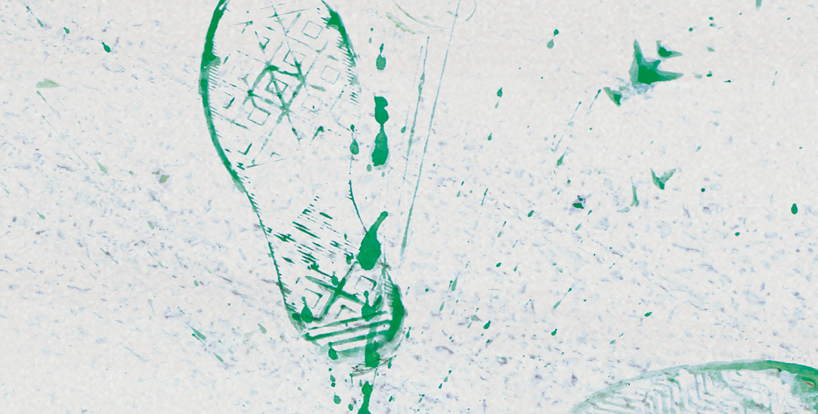 The Result
The Green Pedestrian Crossing was carried out in 7 main streets of Shanghai and later expanded to 132 roads in 15 cities across China. A total number of pedestrians that participated exceeded 3,920,000 people. Key media both online and offline rapidly wrote about the campaign. According to research, the overall awareness of environmental protection had increased 86%. After the campaign, the print was exhibited at the Shanghai Zheng Da Art Museum.

The final print was exhibited at the Shanghai Zheng Da Art Museum: 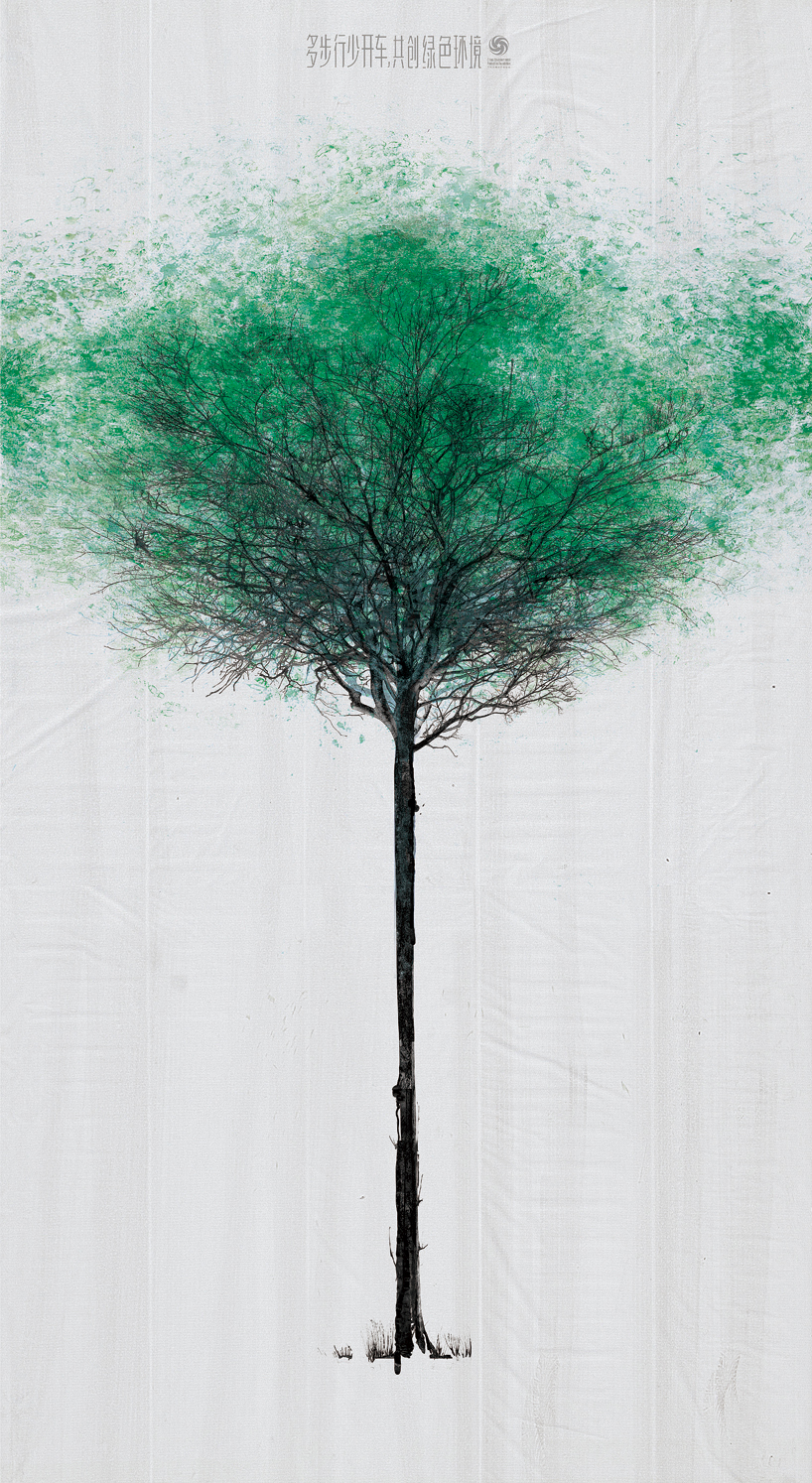 All images and info courtesy of DDB Shanghai and a special shout-out to Jaci Lerner for bringing this to my attention.

above: digital composite of living painting and

GE (General Electric) and London’s National Gallery just unveiled an ecomaginative collaboration – an installation of Van Gogh’s famous A Wheatfield with Cypresses, made from over 8,000 living plants and on display on the western side of the National Gallery in Trafalgar Square. END_OF_DOCUMENT_TOKEN_TO_BE_REPLACED

Artist Gülnur Özdağlar creates elegant and unusual looking bowls transformed from PET bottles. She calls this process “upcycling”. Her aim is to substitute with labor and artistic value the characteristics that the material loses during transformation, thereby obtaining a product of higher value. The collection is named Tertium Non Data (translated from Latin means: the third is not given) and is an alchemic term which refers to the process of combining two disparate elements to create a new, third element. END_OF_DOCUMENT_TOKEN_TO_BE_REPLACED 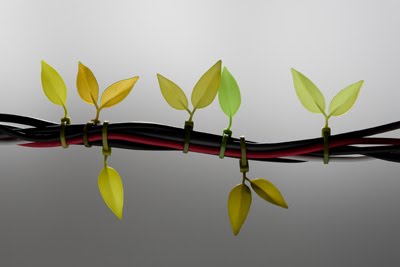 Tsunho Wang and his firm Lufdesign began as a product development company in Seoul, Korea in 2002. Wang and his designers have since moved into a conceptual approach, sustainable innovation and new ways to approach branding. 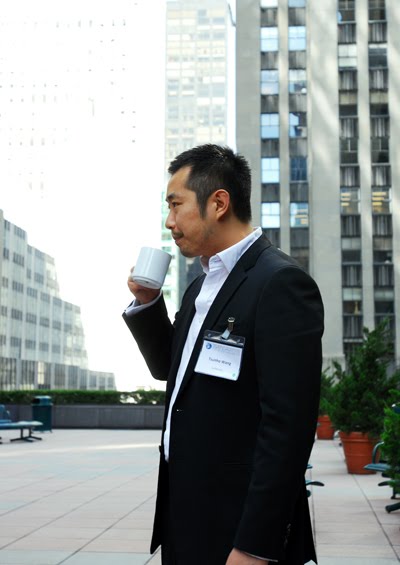 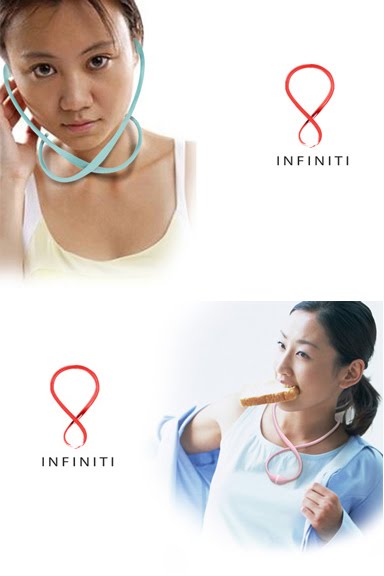 above left: Tsunho Wang of Lufdesign, and right: The infiniti headphones, a recent design concept

Nilfish, lufdesign’s brand, develops various technologcal and organizational products through collaborating with rising designers from outside.

Having received several awards for their innovations and wonderful design concepts like; the melding of a trash can and dust bin, a flying stick camera, the Saver clip which displays the amount of energy being wasted, and a wind-chime that can be programmed to emit data and nature sounds, they are now selling two of their products directly via their site. 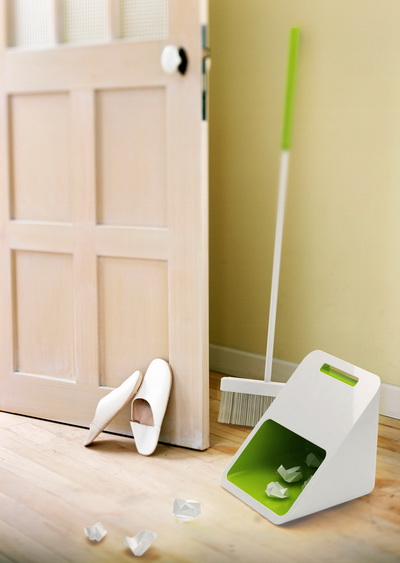 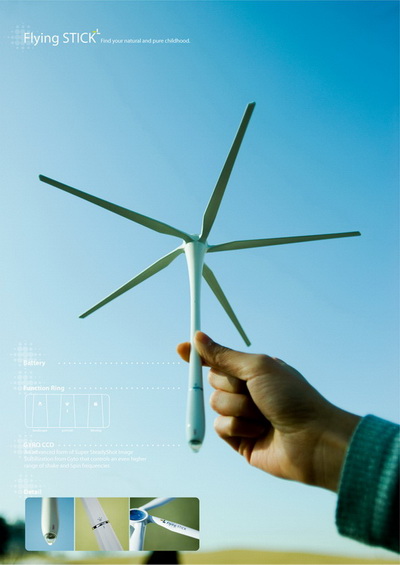 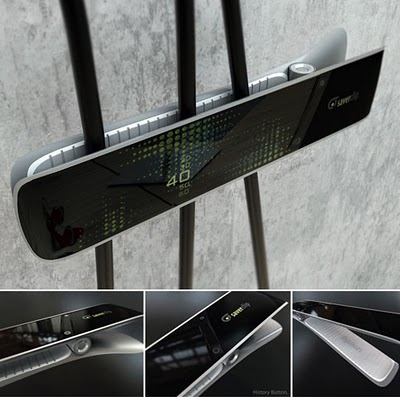 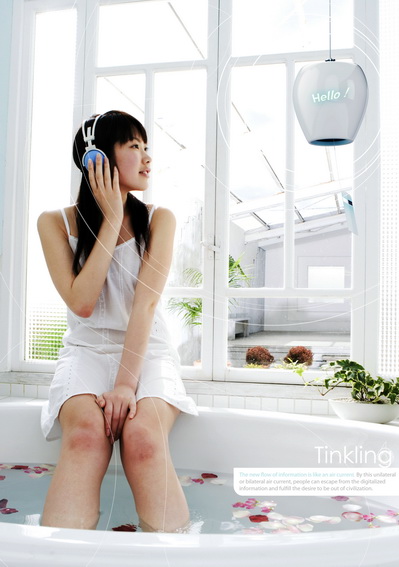 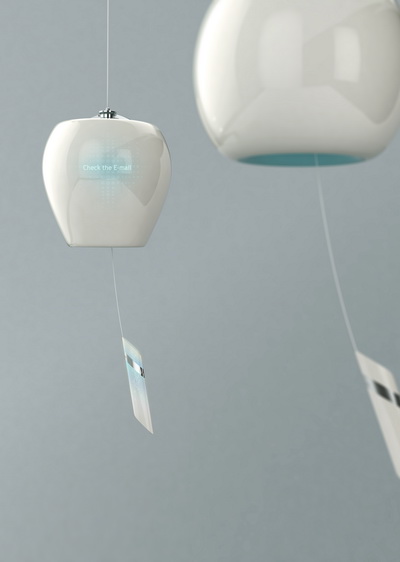 So what have they produced and how do you get them?

The Leaf Tie, a cute and effective way to add nature to the ordinarily cold concept of cable management, actually donates a portion of their proceeds to ecological conservation. 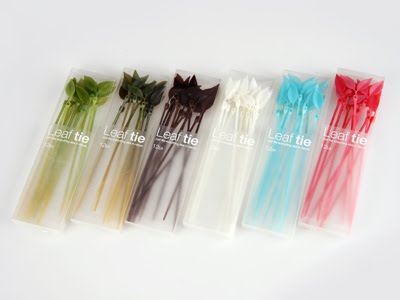 Sold in a pack of 12, the leaf ties are available in six attractive colors and look cute added to just about anything: 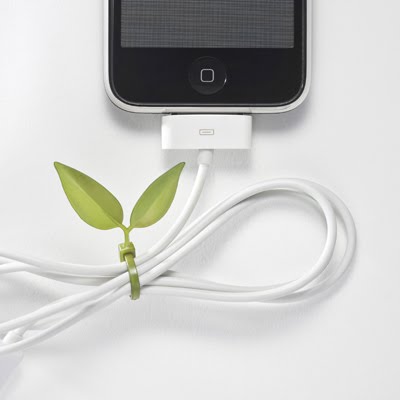 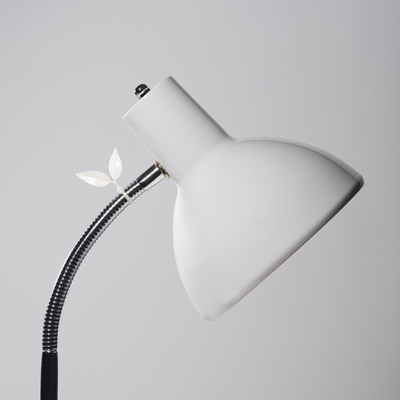 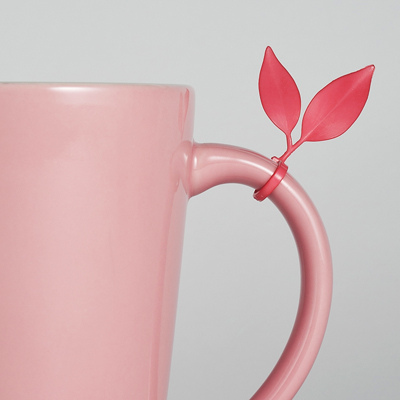 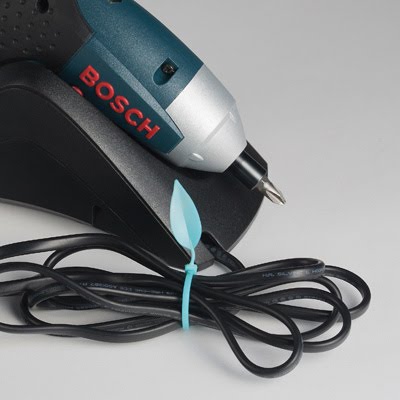 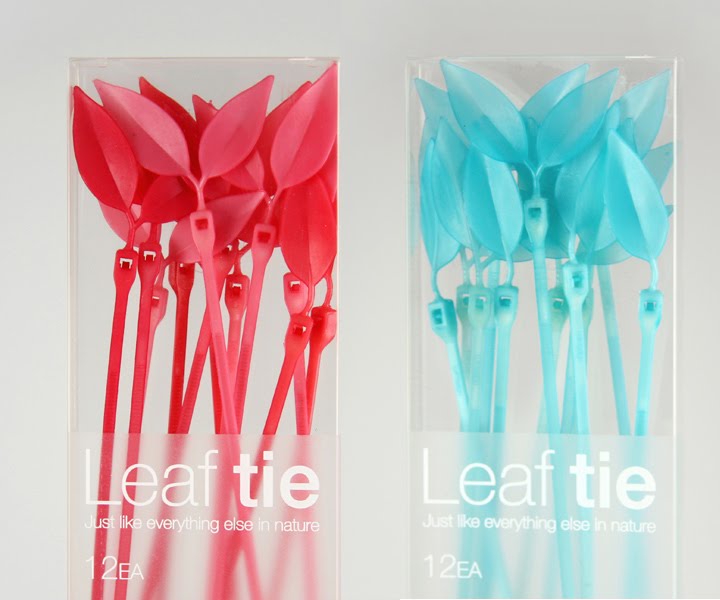 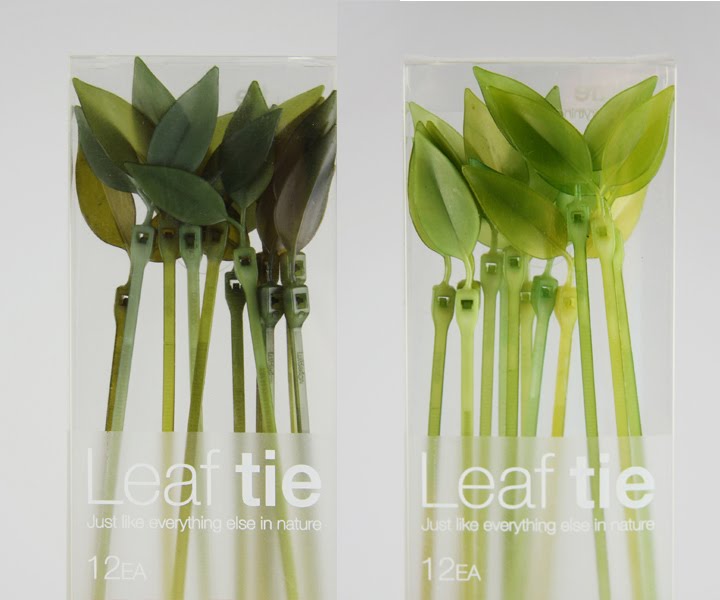 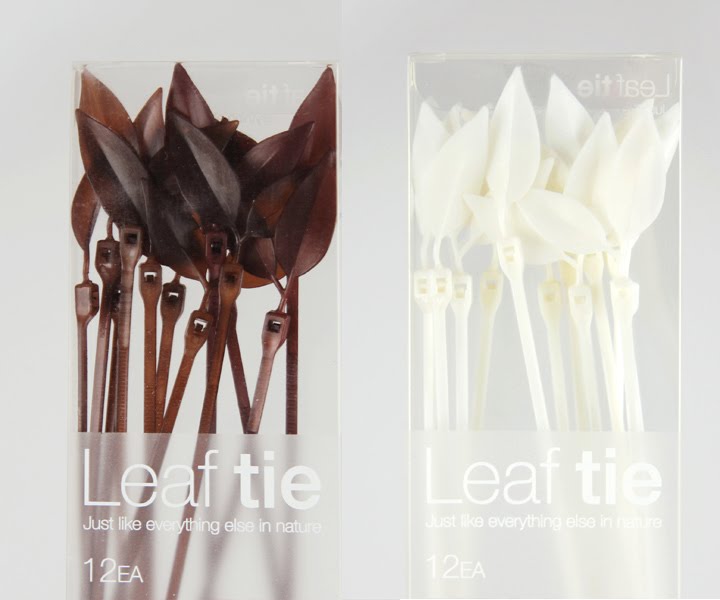 The leaf tie has spawned such consumer love and loyalty, there’s even a flickr pool for user’s photos here. 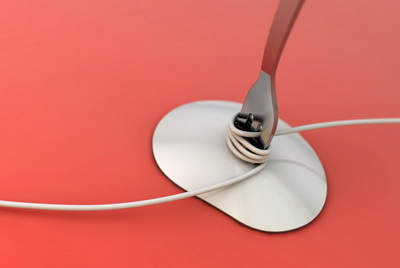 The Fork And Cream Sauce is another clever cable management design, a large portion of whose proceeds benefit Save The Children. 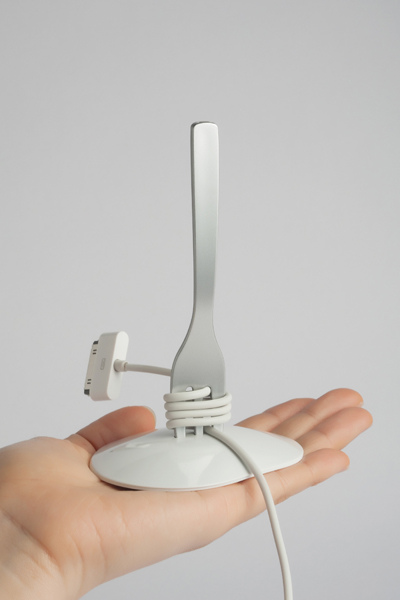 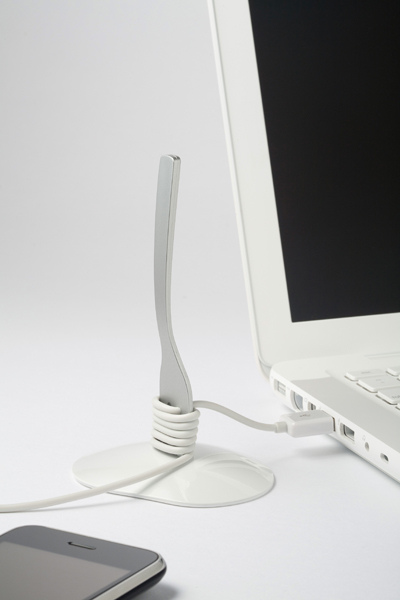 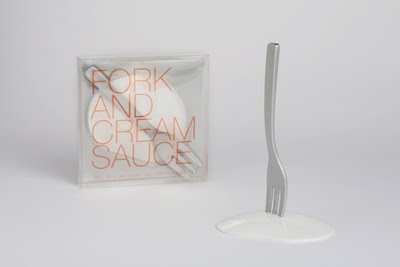 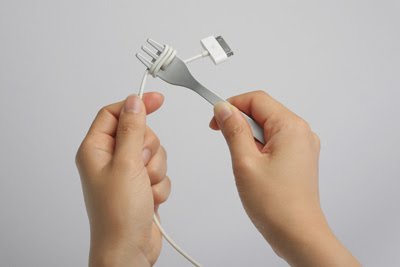 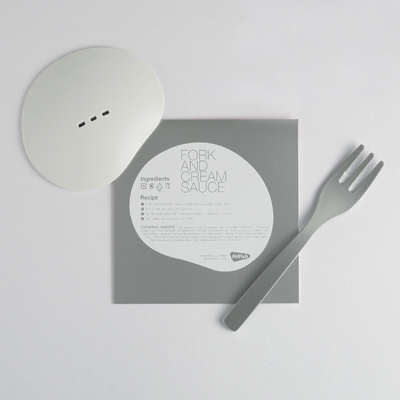 Both the Leaf Ties and The Fork and Cream Sauce are available directly from their site via paypal.