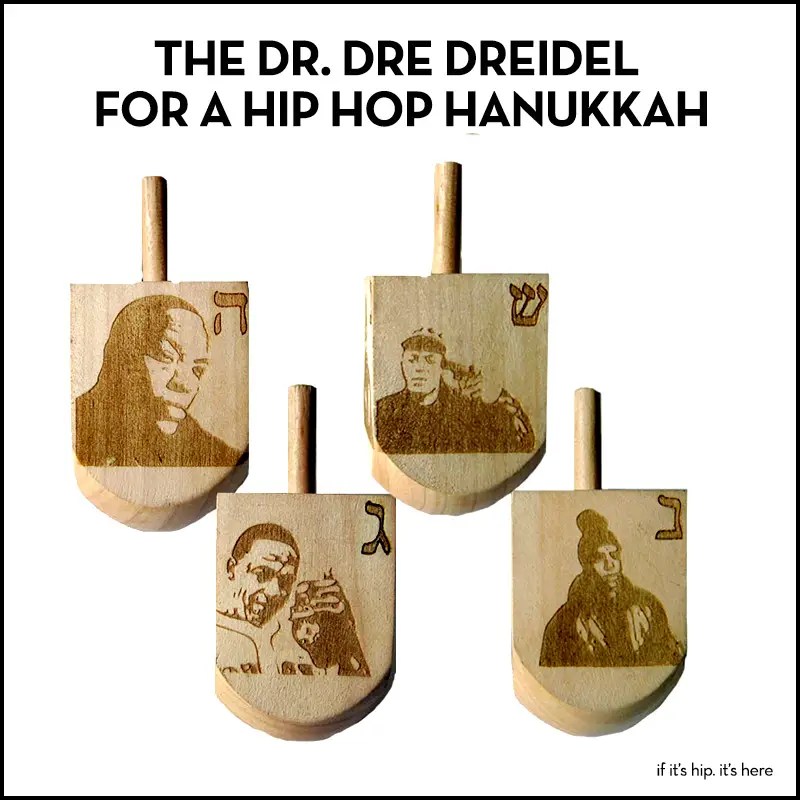 Hannah Rothstein, the creative talent behind the Artist’s Thanksgiving Meals, has given us a giggle this Hanukkah with her laser etched wooden dreidel featuring record producer and rapper Andre Romelle Young, aka Dr. Dre. 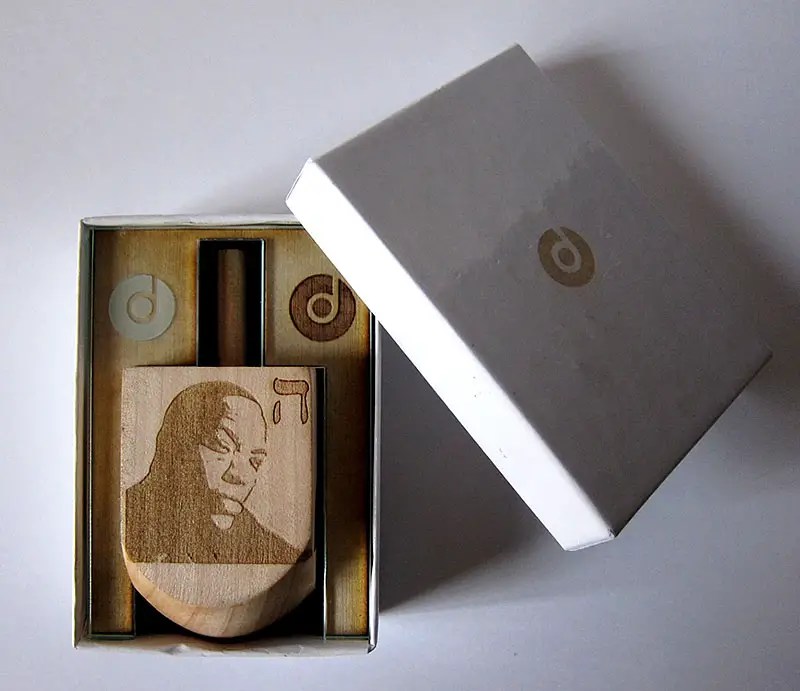 Bay Area artist Hannah Rothstein redesigned the classic toy as a piece of conceptual art purely for “sheer hilarity and love of puns,” according to her website. Rothstein, a freelance copywriter, told ABC News she had spent the last few weeks thinking up holiday puns when Dr. Dreidel came into her head. As Rothstein describes it, each Dr. Dre face has been carefully chosen to correlate with the ‘aftermath’ of the dreidel’s spin: ה Hay = ‘take half’ – No reason to party, but isn’t too shabby, hence the mildly smug portrait or Dr. Dre.: 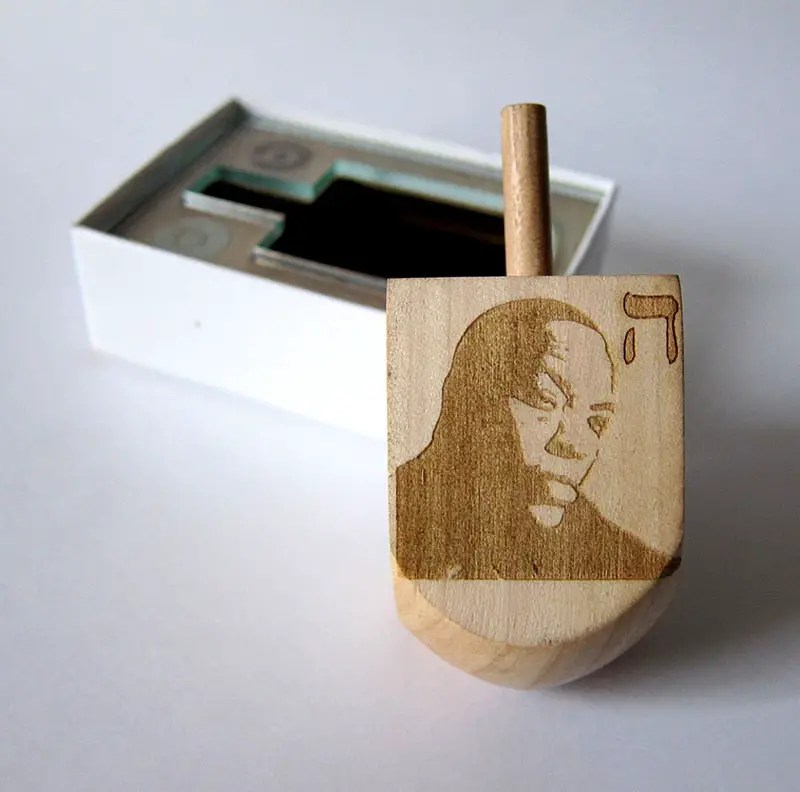 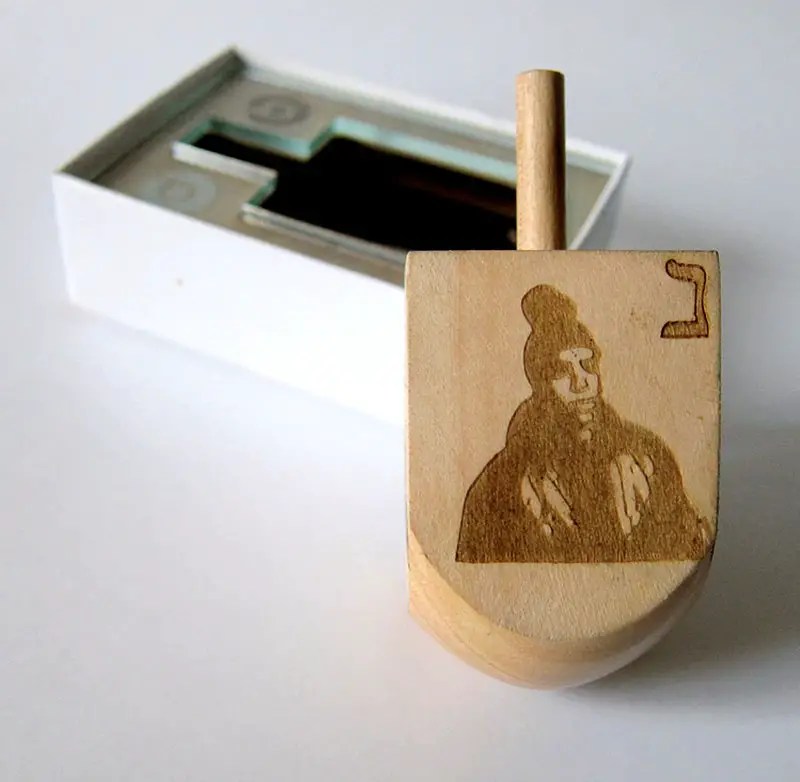 ש Shin = ‘put one in’  -Pretty depressing; the dreidel player loses an M & M or other such playing piece. But shins are seldom a chronic problem in dreidel. Dr. Dre’s definitely overreacting.: It’s a shame she didn’t mass produce these, I’m sure they’d have sold out before you could say “G Funk.”