` Donut Inspired Products (and History) For National Donut Day. - If It's Hip, It's Here
Skip to content Today is National Donut Day. In its honor, I’m sharing with you how it came about and some fun products you can buy (besides donuts, of course) to celebrate.

History Of National Donut Day (via wikipedia):
National Doughnut Day started on June 7, 1938 when a young military doctor by the name of Morgan Pett was sent to a military base. On his way there he stopped at a bakery and picked up 8 dozen doughnuts. When he arrived at the base he started helping many wounded soldiers, and would give them a free doughnut. One man he helped was a Lieutenant General by the name of Samuel Geary. Samuel Geary greatly appreciated the help on his leg, and the doughnut (as he was a very comical man) so he decided to make a fund raiser with Morgan Pett to give every wounded soldier, and the needy a doughnut. This fund raiser was later joined with the Salvation Army. Soon after the US entrance into World War I in 1917, The Salvation Army sent a fact-finding mission to France. The mission concluded that the needs of US enlisted men could be met by canteens/social centers termed “huts” that could serve baked goods, provide writing supplies and stamps, and provide a clothes-mending service. Typically, six staff members per hut would include four female volunteers who could “mother” the boys. These huts were established by The Salvation Army in the United States near army training centers.

About 250 Salvation Army volunteers went to France. Because of the difficulties of providing freshly baked goods from huts established in abandoned buildings near to the front lines, the two Salvation Army volunteers (Ensign Margaret Sheldon and Adjutant Helen Purviance) came up with the idea of providing doughnuts. These are reported to have been an “instant hit”, and “soon many soldiers were visiting The Salvation Army huts”. Margaret Sheldon wrote of one busy day: “Today I made 22 pies, 300 doughnuts, 700 cups of coffee.” Soon, these workers became known by the servicemen as “Doughnut Dollies”. 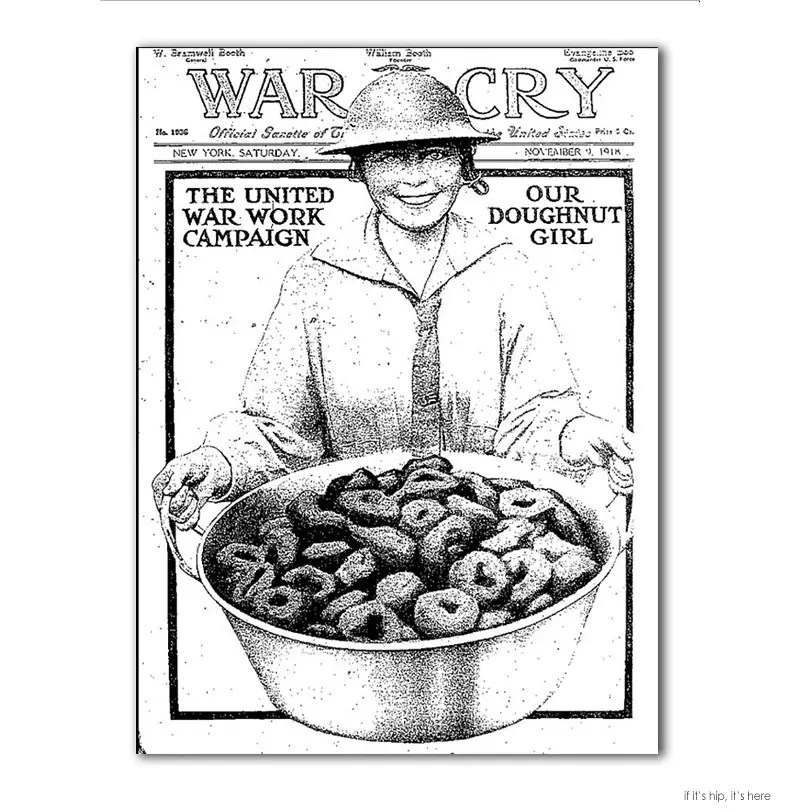 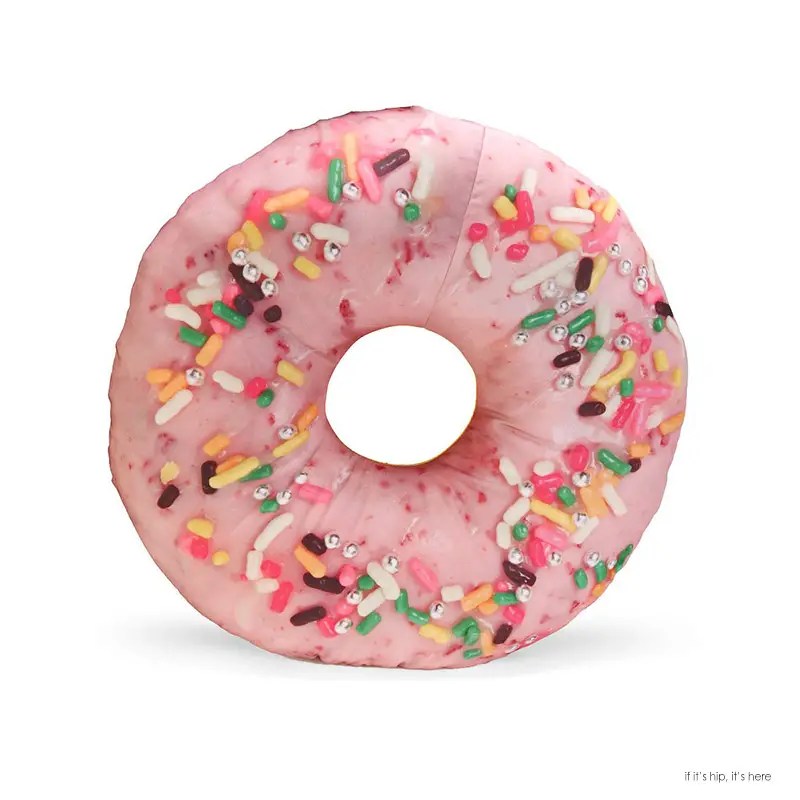 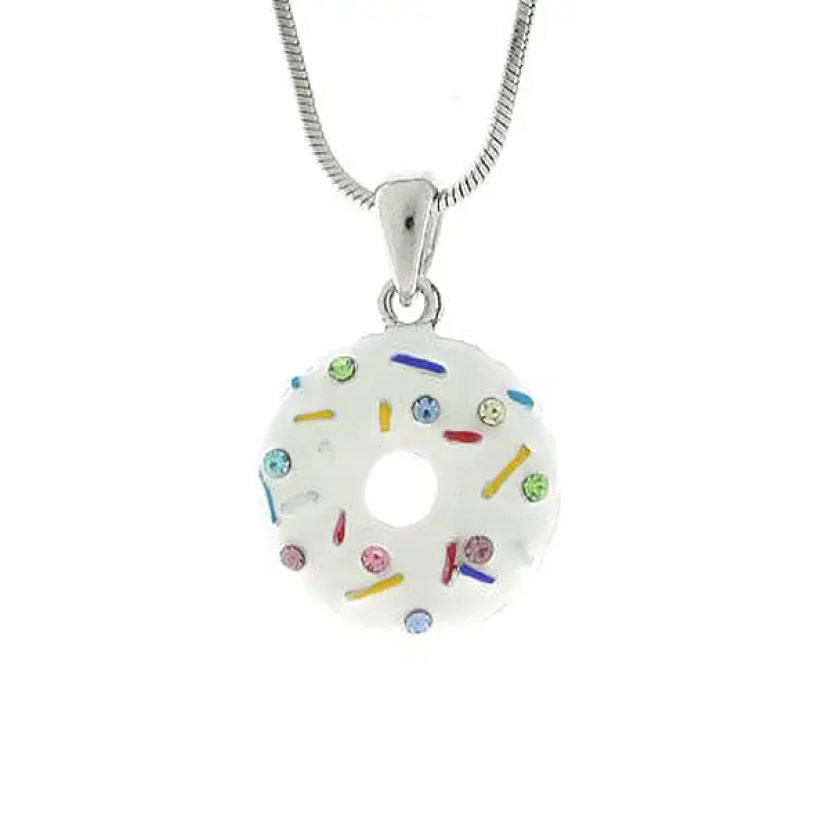 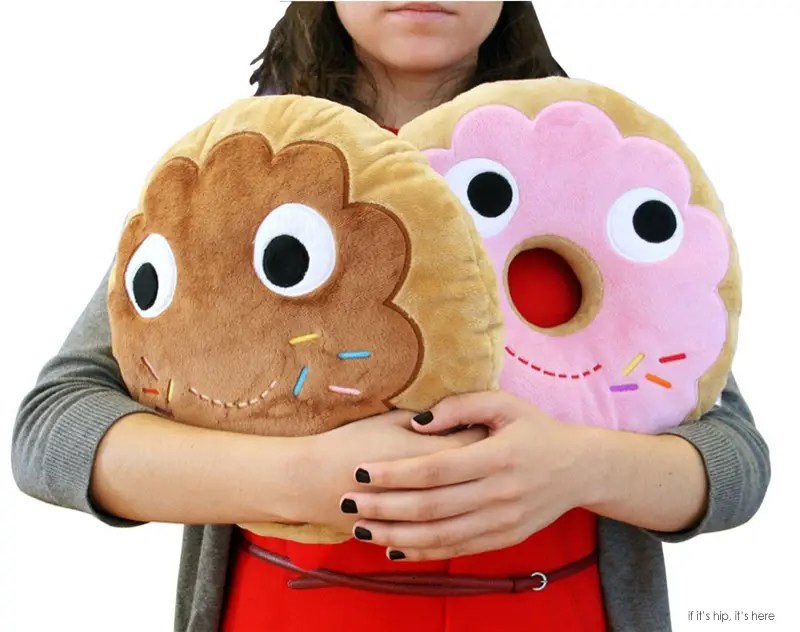 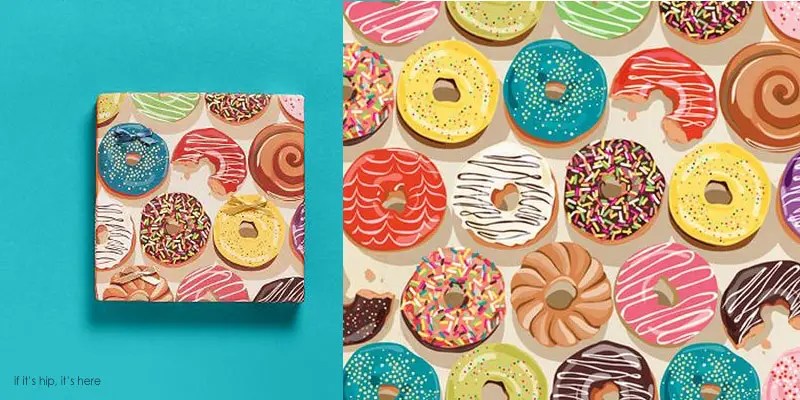 Even for the dog.
Donut pet beds by Room Candy (no longer in business) and Dreams Sweet are very hard to find. Some may still be available on ebay: 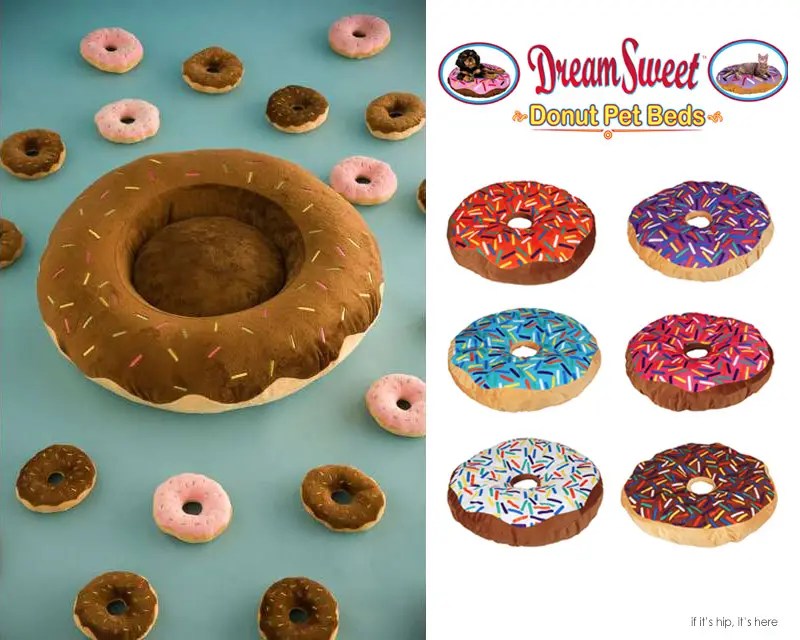 The Hippest Gifts In Every Category For Everybody This Holiday Season.

The Giant Birdsnest Bed Evolves Into A Formidable Piece of Furniture.

Previously Owned By A Gay Man Puts A Tasteful Spin On Consignment Stores.