` Diogene: Minimalist House for Vitra - If It's Hip, It's Here
Skip to content 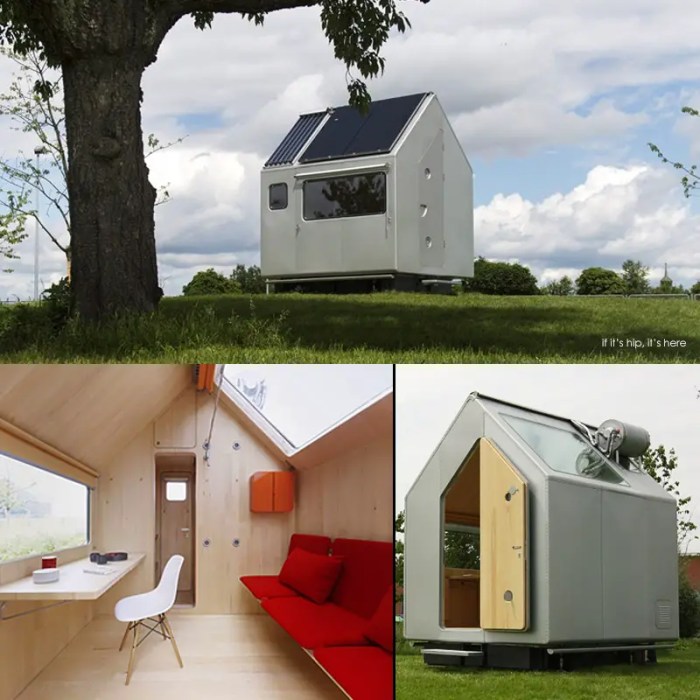 Some time in the early 2000s Renzo Piano began developing a minimalist house. The project constituted a long-term personal interest and was undertaken without a client. In 2009 the project as it then stood was published in Italian design magazine Abitare in a general article about Renzo Piano, stating that a client was required for further development. Vitra chairman Rolk Fehlbaum responded immediately, and the two agreed to continue the project together. Three years later, Diogene was launched. 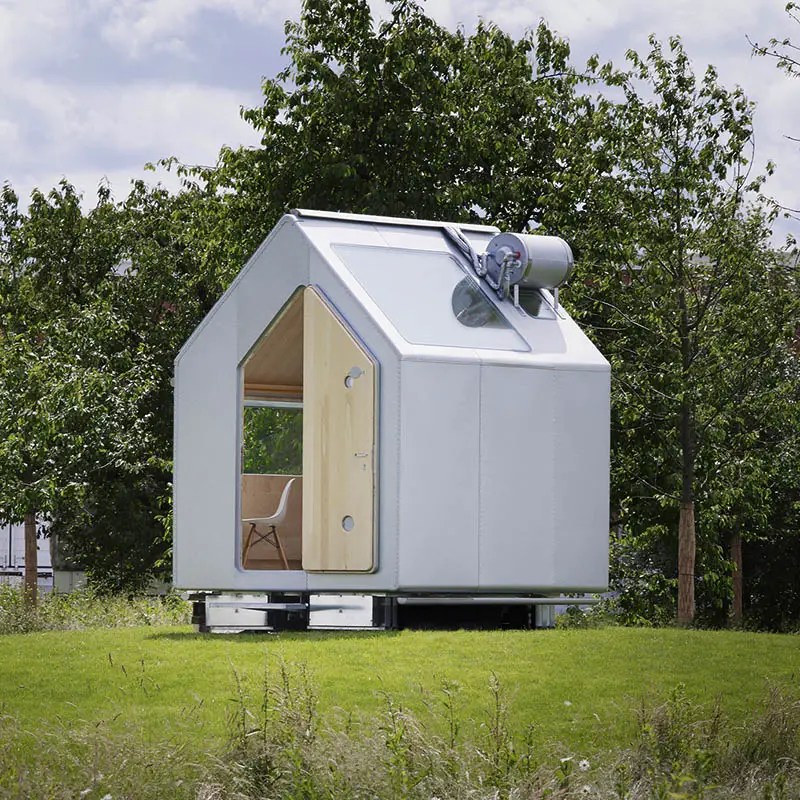 “This little house is the final result of a long, long journey partially driven by desires and dreams, but also by technicality and a scientific approach,” explains Renzo Piano.

The saddle-roofed cabin measures 2.5m by 3m (8.2ft by 9.8ft), with a ridge height of 2.3m (7.5ft). It weighs 1.2 tonnes. Diogene is built in cross-laminated timber panels, whose meticulously joined planes give a warmth to its interior, but on the outside it is entirely clad in riveted brushed-aluminium panels, which serve to reflect the heat and give it a wholly contemporary feel. These panels are interrupted only by the triple-glazed windows. 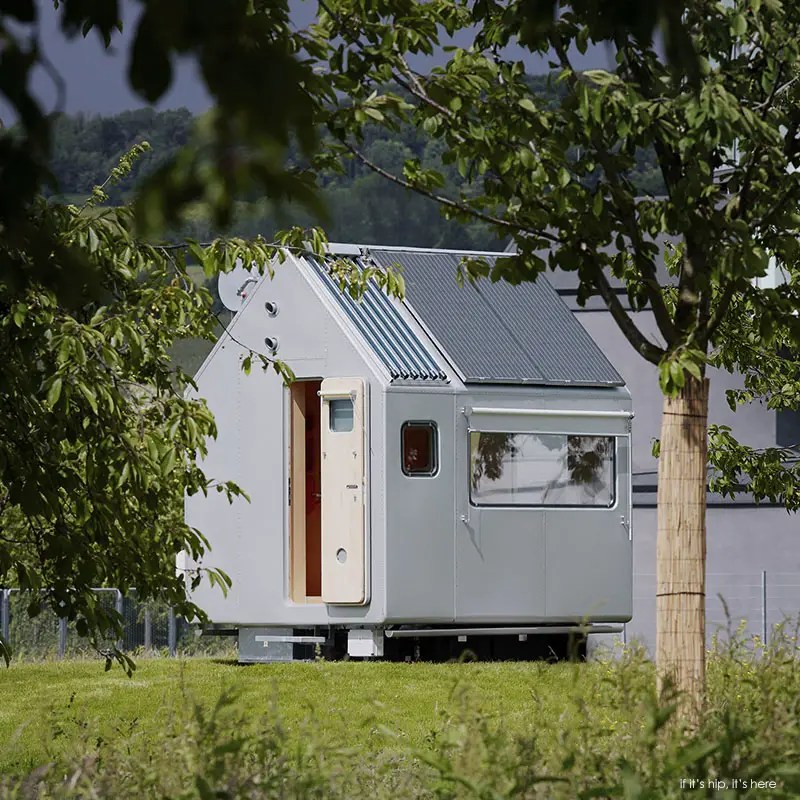 Inside, the space is divided into two areas: a living space and, beyond a partition, a shower, toilet and kitchen. In the gable wall, a slim, solid external door, the top of which follows the pitch of the roof, opens into the living space. 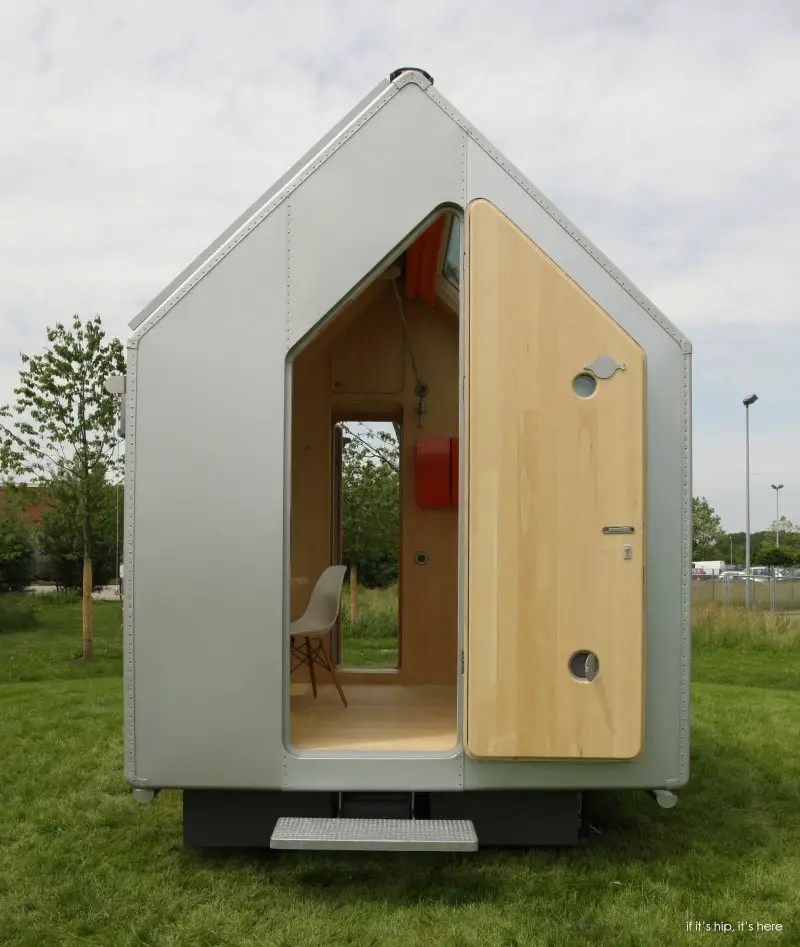 Here, beneath the skylight, is a pull-out sofa / bed. Opposite it, in front of the large window, is a fold-out table and a chair. All or any of the three leaves of the table may be opened out at any time, according to requirements. In the other gable of the cabin, a similarly slim but rectangular door, with a small window, opens into the kitchen/ bathroom space. On one side, the small kitchen unit holds a built-in sink and refrigerator; on the other, the bathroom comprises composting toilet and shower plate. Storage units have been deftly incorporated throughout – on the walls, floors and even under the roof. 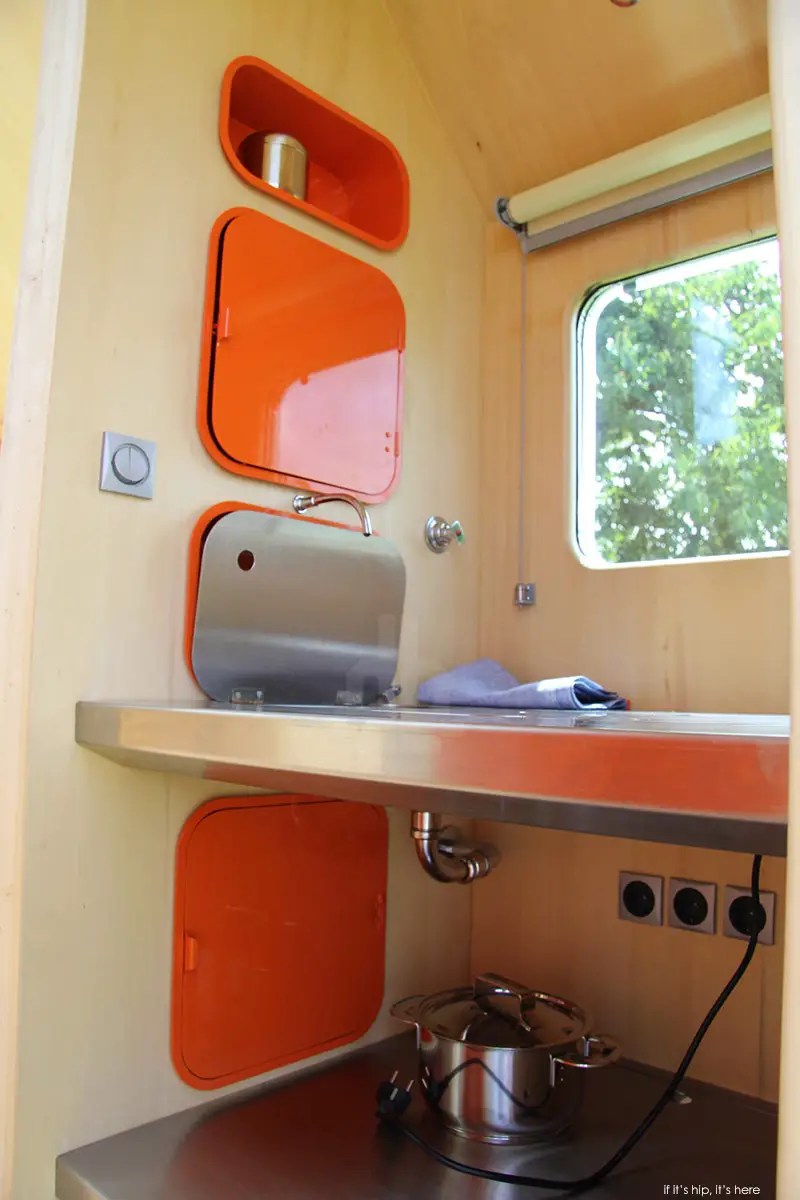 No simple hut, this highly complex technical structure is designed to function in complete autonomy, in varying climatic conditions, independent of its environment. Sufficient energy to meet all the cabin’s needs is produced by Photovoltaic cells and solar modules. Rainwater is collected, filtered and reused – heated where necessary by a roof-top boiler. Careful choice of materials and triple glazing ensure insulation, enabling efficient use of natural ventilation. To optimise the house’s energy, Renzo Piano is working with Matthias Schuler from the renowned company Transsolar, while Maurizio Milan is responsible for static equilibrium. 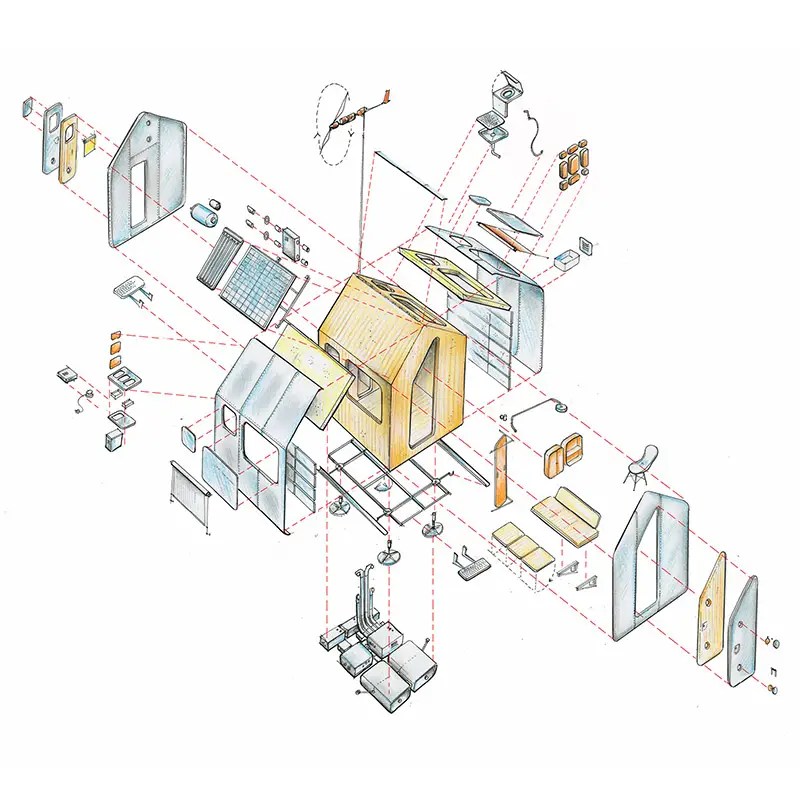 Diogene is named in homage to Diogenes of Sinope, the Greek philosopher who slept in a ceramic jar, using his simple lifestyle to criticize the social values and institutions of what he saw as a corrupt society. Diogene has many possible uses: It can serve as a little weekend house, as a “studiolo”, as a small office. It can be placed freely in nature, but also right next to one’s workplace, or even as a simplified version in the middle of an open space office. However, it is also conceivable to erect groups of houses, e.g. as an informal hotel or guest house. Diogene is so small that it functions as the ideal retreat, but purposely does not cater for all needs to the same extent. Communication, for instance, will take place elsewhere – and thus Diogene also invites you to redefine the relationship between the individual and society.

Diogene was launched on the Vitra campus during Art Basel 2013. It was not proposed as a finished product, but rather as an experimental arrangement for further testing.

About Renzo Piano Building Workshop
The Renzo Piano Building Workshop (RPBW) is an interactive partnership with its origins in the creative work of Genoa-born architect Renzo Piano. The Workshop has offices in Genoa, Paris and New York City and comprises a team of over 100 architects as well as external consultants and key support staff. The Workshop places a premium on a strong spirit of inquiry and strives for bold solutions achieved through an inventive use of technology, while respecting traditional materials and craftsmanship. The iterative work also ultimately seeks to create structures that further develop the ideas that stand in context to the location and the collective demands of the public and of individuals The conventional constraints of formalism and traditional boundaries between disciplines are blurred – based on Piano’s long-held conviction that architects should be concerned with more than mere aesthetics. Each Workshop project assembles a diverse and accomplished group of professionals, from engineers, technical specialists and landscape designers, to anthropologists, musicians and artists.

Modern Pool and Courtyard Round Out Edwardian Home. Quite Literally.