While some of us honor and celebrate the lives and legacies of military heroes who died in service to our nation during two holiday weekends a year (Memorial Day and Veteran’s Day), there are companies who support and honor them all year round. Dog Tag Brewing and their Legacy Lager is one of them. 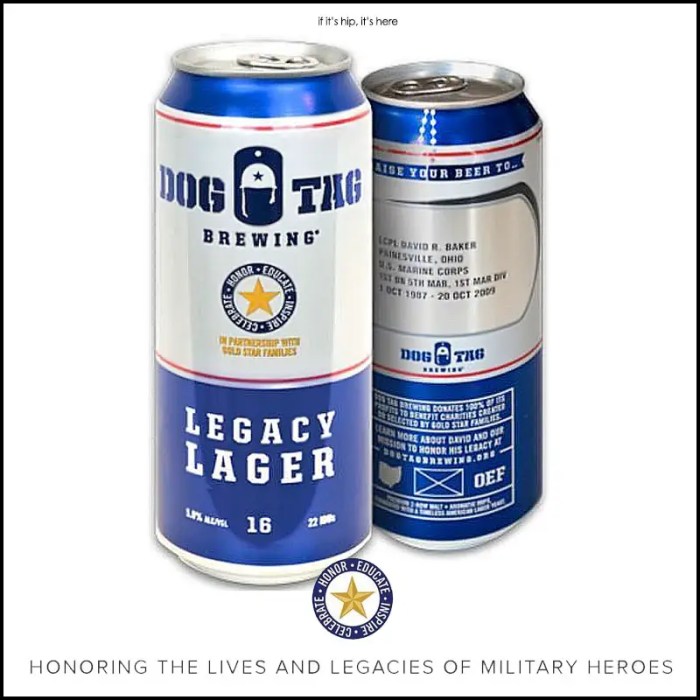 Dog Tag Brewing is a brewery founded by combat vets with a mission to support the projects of Gold Star families*. All year, not just Memorial Day weekend, the Dog Tag Brewing Foundation and their beer creates long lasting legacies for those whose loved ones lost their lives in service to this country. 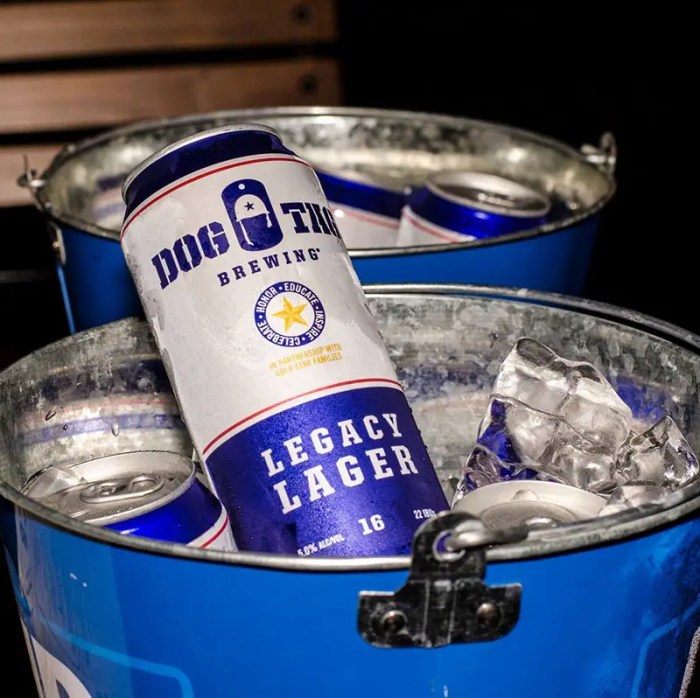 By providing the highest quality crafted beers that deliver a message of gratitude for the selfless sacrifice of our nation’s military, the Dog Tag brewing team is not just a PR gimmick, but helping Gold Star families create long lasting legacies for their lost loved ones. The Dog Tag Brewing Foundation is supported by sales of Dog Tag Beer’s Legacy Lager. Each can is dedicated to a fallen hero. Dog Tag’s Legacy Lager is brewed with premium, quality two-row pale and specialty malts; Magnum and Saaz hops; and is fermented with an American lager yeast, the company says. 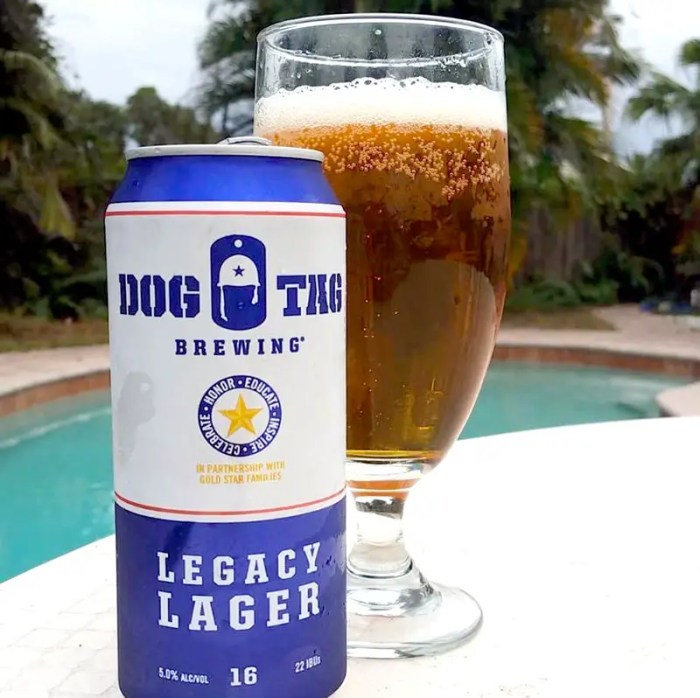 At 5 percent alcohol by volume, the brew contains 22 international bitterness units and will be available in four-packs of 16-ounce cans. On its packaging Dog Tag also utilizes can-printing technology to dedicate each can within a four-pack to a different fallen warrior.

The Origin
Seth Jordan, a Marine combat veteran, founded Dog Tag Brewing in 2014 with an invitation for the American public to “Toast a Hero” as they read the name of a fallen warrior printed on each can. Seth Jordan served as an officer in the United States Marine Corps where he flew more than 250 combat missions as a UH-1Y Helicopter pilot.

All profits from Dog Tag Brewing are distributed to the Dog Tag Brewing Foundation which are used to directly support the impact projects of remembrance and to enhance our ability to succeed in our efforts to broaden awareness of the fallen, celebrate their stories, and make a difference. Nationwide, Gold Star Families are creating projects and events in their local communities so their loved ones are not only not forgotten, but so that they continue in the spirit of giving back.

As a publicly supported, tax-exempt 501(c)(3) organization, Dog Tag Brewing Foundation’s work relies upon the generosity of a wide array of individuals, organizations, and businesses. *A “Gold Star Family” is a modern reference that comes from the Service Flag. These flags/banners were first flown by families during World War I. The flag included a blue star for every immediate family member serving in the armed forces of the United States, during any period of war or hostilities in which the armed forces of the United States were engaged. If that loved one died, the blue star was replaced by a gold star. This allowed members of the community to know the price that the family had paid in the cause of freedom.

May The Force Help Us Find A Cure For Breast Cancer

Wine That’s Good For Dogs But Made For People: Chateau La Paws.