He’s only 27 but Daniele Barresi has been known as one of the world’s most awarded and talented food carvers for several years.

The art of fruit and vegetable carving is considered one of the ten oldest trades in Thailand, having originated around 1364. For many centuries afterwards, the art of carving was practiced only in royal courts and few women had the privilege of learning the discipline. It was said that along with beauty and etiquette, a worthy female must possess the artistic skill of vegetable carving. In 1939 this discipline was introduced into the school curriculum in Thailand bringing this fine art to the land’s culture and religion.

Today there are several impressive food carvers (such as Master Mirco Della Vecchia, Italy’s foremost chocolatier) using small knives with very sharp pointed blades, to turn watermelons, squash, radishes, cheese, chocolate and more into intricate flowers, birds and other symbolism. One of the very best in the world is Italy-born, Sydney-based Daniele Barresi. Having spent most of his life living in a small beautiful town in Italy, his imagination was fueled by the local town surroundings and inspired him to create art in the form of carving. As he grew so did his skills and techniques used to create the extraordinary designs shown here.

In addition to fruits and vegetables, Barresi applies his craft to the carving of cheese, garlic and soap.

Barresi has published a book of his carvings and he is an instructor in the art as well. 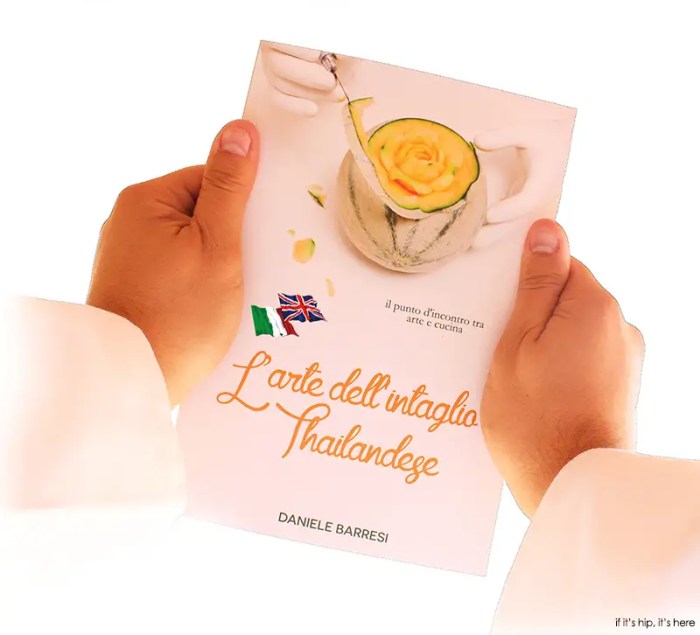 all images courtesy of Daniele Barresi and Intagli.it