The $4.4 million Mansory J.S.1 Edition Lamborghini is a one-off carbon fibre-clad Lambo, customized by German firm Mansory, based on the Lamborghini Aventador 750-4 Superveloce. The sick-looking, rocket-fast road machine is decked out like a stealth bomber and made exclusively for London multi-billionaire and car collector James Stunt, the husband of billionaire Formula 1 boss Bernie Ecclestone’s daughter Petra. All of the 34 year old Mr Stunt’s fleet of luxury cars have personalized number plates on them and he is frequently accompanied by a large staff who drive behind him in a fleet of Bentleys and Rolls Royces. Stunt’s car collection consists of over 200 exotic and luxury cars including the Lamborghini Veneno and the 50 Anniversary Aventador Roadster. 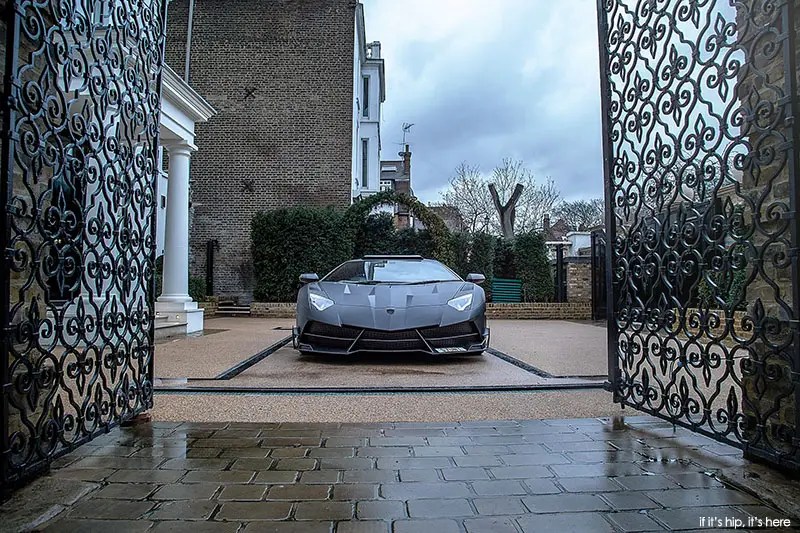 When it comes to the hyper-elegant one-of-a-kind Mansory J.S.1 Edition Lamborghini is based on the Lamborghini Aventador 750-4 Superveloce, it’s not just about the look. It’s really about the feeling. The exclusive carbon-clad street-hugger enthuses every car devotee. Among them is London art dealer and multi-billionaire James Stunt: the J.S.1 Edition designed just as he wanted it and stamped with his initials is the ultimate fulfillment of his automotive dreams. 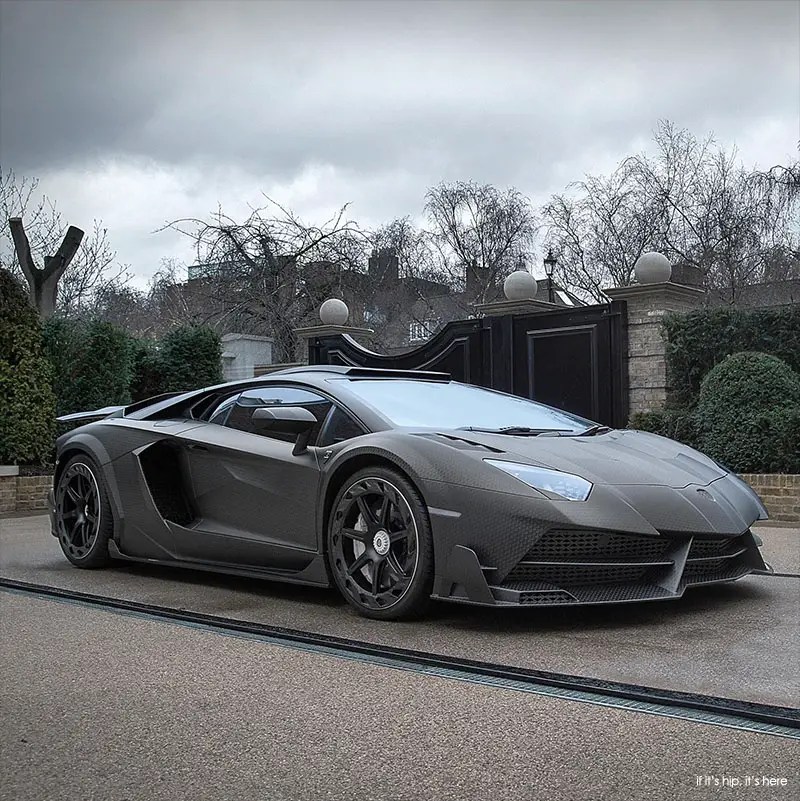 Ultra-light, high strength and top-class – carbon is ideal for the automotive work of art that we call the J.S.1 Edition by MANSORY. The refined and enhanced-performance Lamborghini Aventador 750-4 Superveloce is a daunting road-cruising projectile built like a stealth bomber: black, wide, flat, angular and breathtakingly fast. 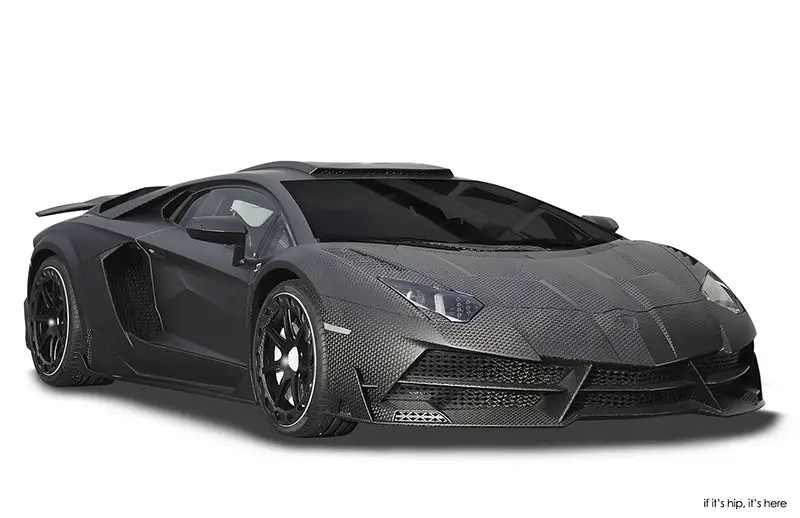 Its owner, London multi-billionaire James Stunt, is always surrounded by bodyguards and a crowd of paparazzi – when, for instance, he parks one of his numerous automotive gems from MANSORY out front of Harrods, the world-famous luxury department store. Someone like Stunt is constantly on the lookout for something special owned by no one but him. And that’s why he comes to the high-class German customiser, MANSORY. 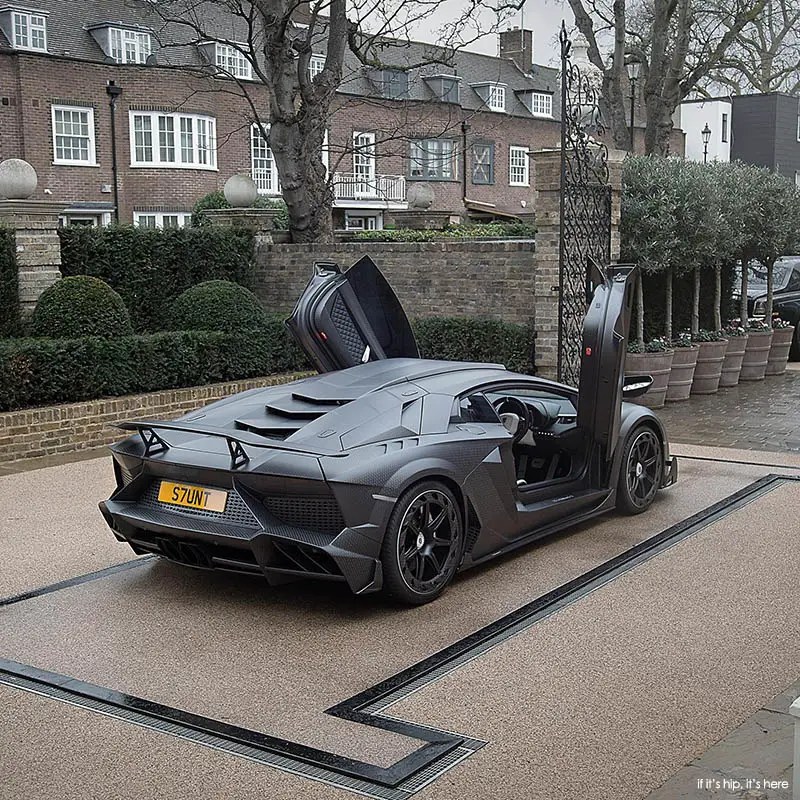 Even before the first glimpse of the newest streak of genius from MANSORY besots James Stunt and anyone else who gazes upon it, the numbers alone stagger the comprehension: the standard 750 HP of the Italian super sportscar has been upped by MANSORY to 830 horsepower. The maximum thrust rises from an imposing 690 to a prodigious 750 nm. And the savvy engine tuner can still add a twist to the top speed: 355 km/h. The J.S.1 Edition now catapults from a standing start to 100 km/h in an incredible 2.7 s. To get to 200 km/h takes just 8.4 s, and in the sprint from 0 to 300 the MANSORY Lambo shaves the half-eternity of six tenths of a second off its Italian counterpart of the series: after only 23.4 s, the speedometer hits the magic three with two zeros. 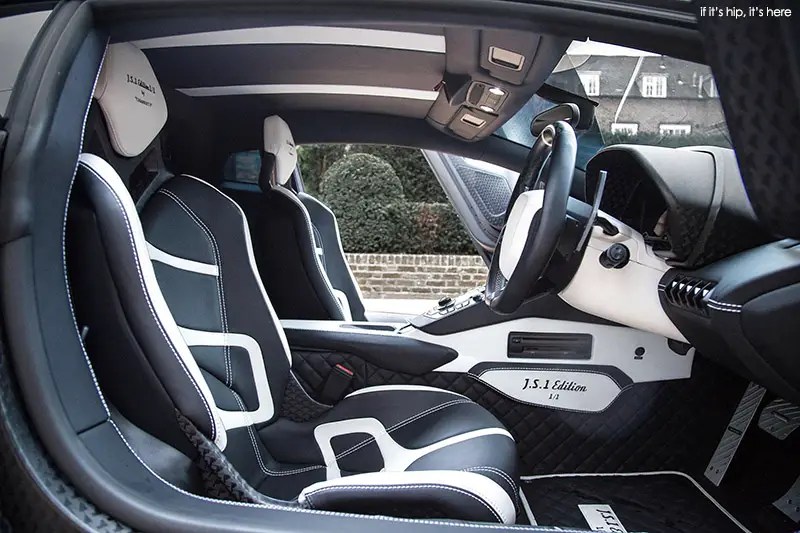 In the fastidious eyes of James Stunt, the MANSORY sports car specialists from Brand in the Fichtelgebirge are the ideal partner when it comes to the proper refinement of an already elite-class jumping-off point such as the Aventador Superveloce. The best evidence of that: the prominent Londoner already has 20 MANSORY remakes parked in his garage – luxury vehicles from Range Rover, Bentley, Rolls Royce and Lamborghini that have been refined even further by MANSORY. One of the inspirations behind the sophisticated collector’s ideas and desires for the J.S.1 Edition was the Lamborghini Veneno, the brilliant anniversary model marking 50 years of Lamborghini. 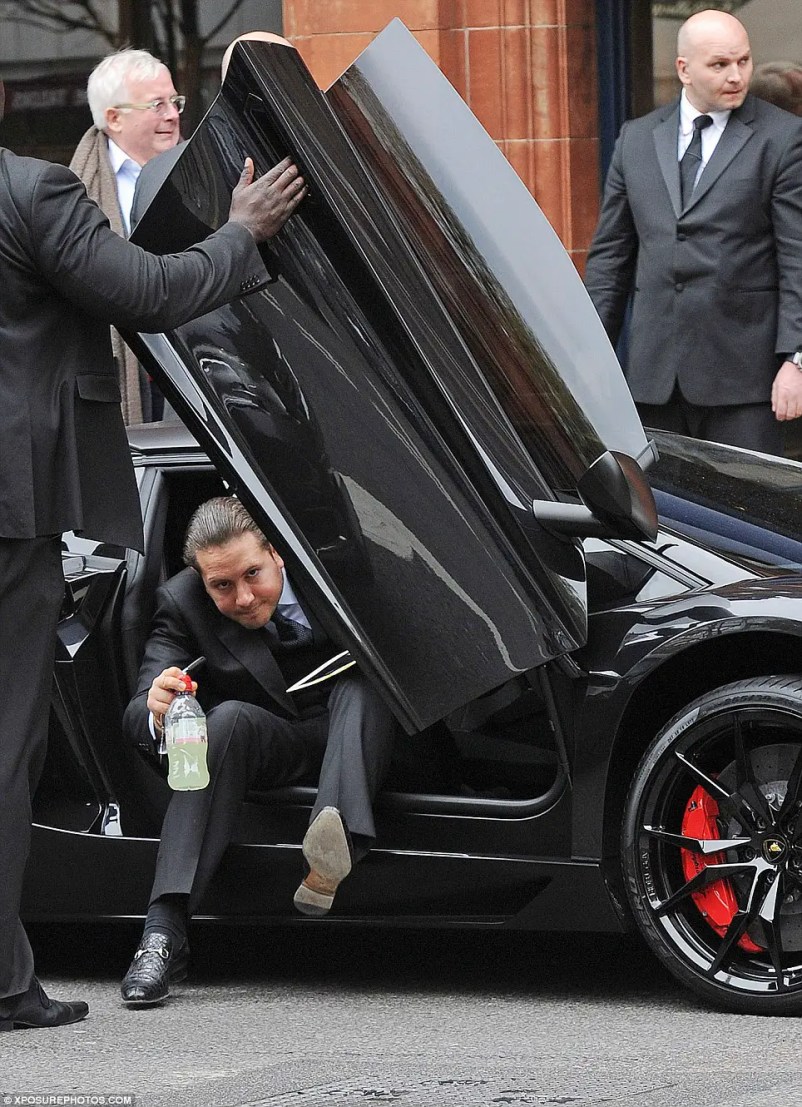 above: Stunt exits another one of his collectibles – the 50th Anniversary Lamborghini Aventador – with a little help from his staff

Now, with the brand-new Mansory J.S.1 Edition Lamborghini the London car connoisseur is aiming first and foremost not at maximum power, but at a deliberate increase in the impressive baseline data and a harmonious performance package. To get this, MANSORY has reached deep into the aerodynamic bag of tricks to make sure the enormous power of the Italian stealth bomber always stays under control. 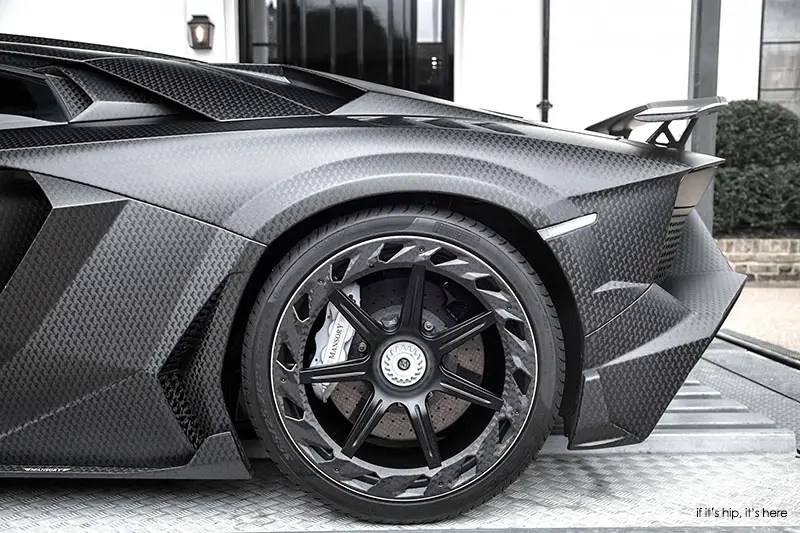 The entire carbon aerodynamic design has been carried out by MANSORY with the greatest of care and forethought. “Prepreg-autoclave” is the magic phrase here for the method that distinguishes such exclusive carbon from similar materials, leaving it absolutely flawless in surface quality and precision. The J.S.1 Edition by MANSORY is thus covered by a tailor-made carbon fibre shell that meets the highest demands on looks and aerodynamics – and meets in full the strict demands of James Stunt. 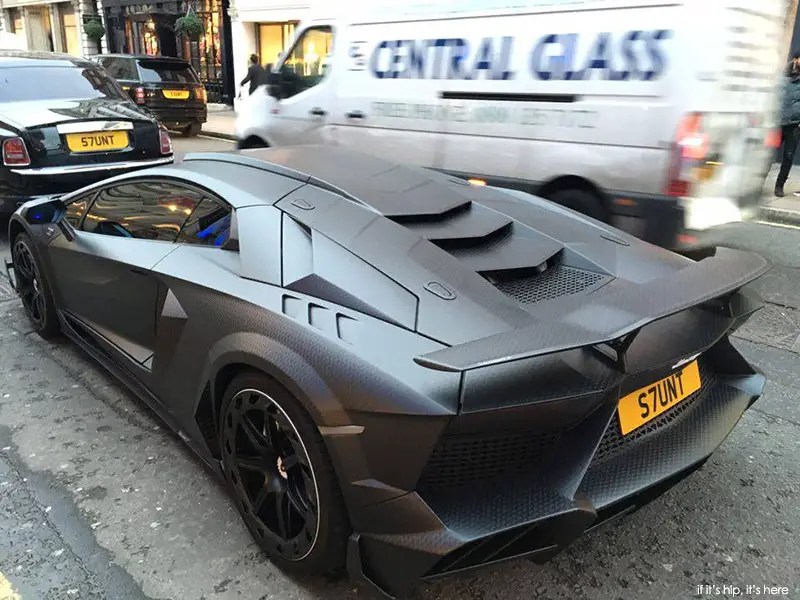 The carbon fabric in the stealth look is a MANSORY exclusive in vehicle construction. The redesigned front of the Aventador of the Mansory J.S.1 Edition Lamborghini is also crafted from the same material, which is as top-class as it is functional: a distinctive front bumper with optimised air intakes that guarantee better ventilation of the engine’s radiator. Together with a new spoiler lip on the front, these aerodynamic parts provide additional downforce, which brings huge benefits at the extremely high speeds the refined Superveloce hits. Both the front hood and the front fenders have been replaced with high-quality carbon parts from MANSORYs autoclave. New side skirts not only look bewitching, but shunt additional air to the engine and the high-performance brakes. At the same time, they smooth the airflow sweeping between the front and rear axles. A diffuser and an enlarged and more powerful spoiler at the back bring yet more aerodynamic advantages. These and many other full-carbon fibre elements in and on the Mansory J.S.1 Edition Lamborghini reduce the overall weight in comparison to the Lamborghini Aventador Superveloce by a total of 50 kg – apart from the design and the aerodynamics, a further advantage of the adept customisation by the company from the Fichtelgebirge. The significant extra power of the MANSORY one-off was gained by the engine tuner with the help of a power-box, as well as a complete new exhaust system including manifold, muffler and tailpipes. Aside from that, a sport air filter helps ensure that this refined and unique super sportscar has gained a significant boost in performance, torque, acceleration, and top speed. And the price? In the wealthiest London circles one doesn’t talk about money. The true gentleman merely enjoys, and is silent. And even if James Stunt would betray a secret: the J.S.1 Edition is unmistakably one of a kind, which is given away by the inscription on the front fender: “J.S.1 Edition 1/1 by MANSORY”… More cool things that go:
Follow if it’s hi, it’s here’s board of Cars, Motorcycles, Boards And Bikes That Will Really Move You on Pinterest.