The RIBA Regent Street Windows Project matches cutting edge RIBA architects with some of London’s most prestigious retailers to create stunning architectural installations in shop windows along and around Regent Street. For the Brooks Brothers store window, Squire and Partners’ were inspired by the preppy brands’ iconic Golden Fleece, the historical symbol of wool merchants and the Brooks Brothers trademark since 1850. The Squire and Partners’ RIBA Regent Street Windows design for Brooks Brothers was conceived following a discussion about shared values of heritage, craftsmanship and quality. Squire and Partners decided to commission sculptor Jonathan Sanders for the project. 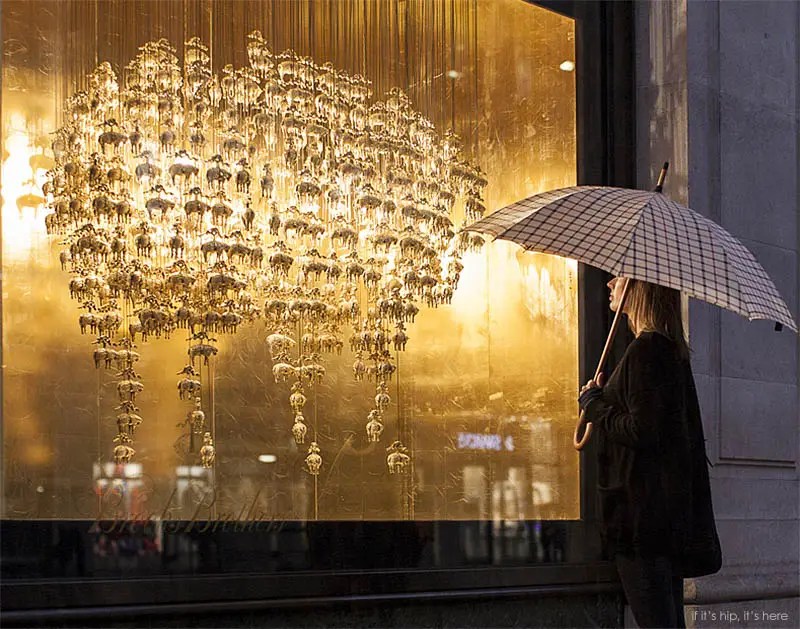 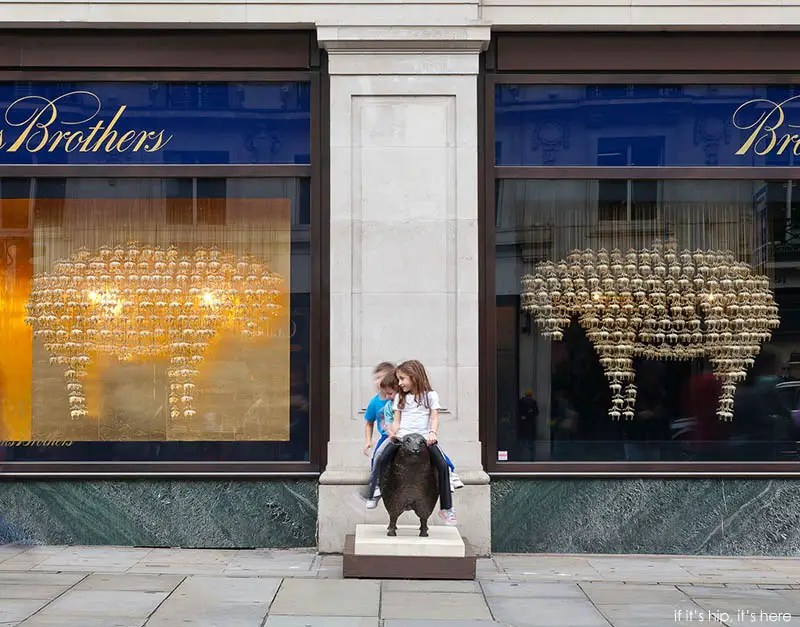 The installation features two crafted hanging sculptures and a large bronze cast sheep named Madison. Each of the hanging sculptures is comprised of the over eight hundred handmade sheep sculpted by Sanders, gold-leafed by Hare & Humphries and cast by the Nelson and Forbes foundry. 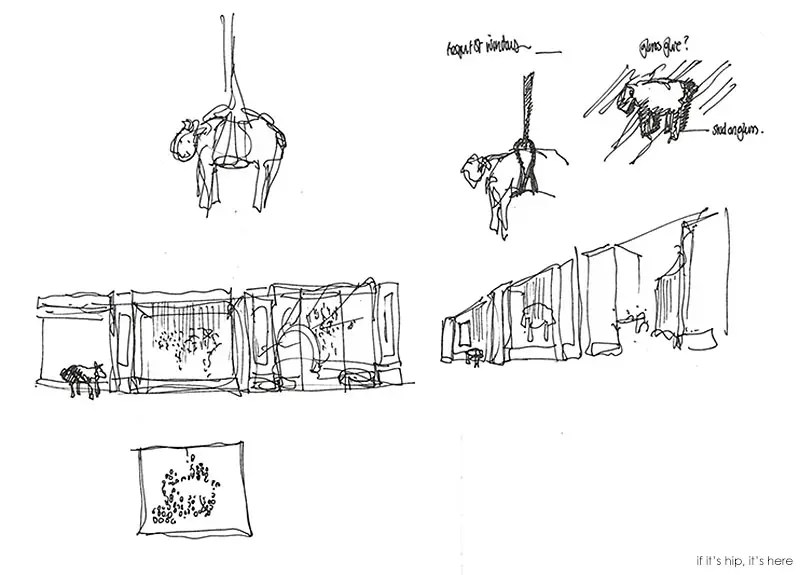 After carving, creating the molds and casting for the individual sheep, the sheep are then gilded. 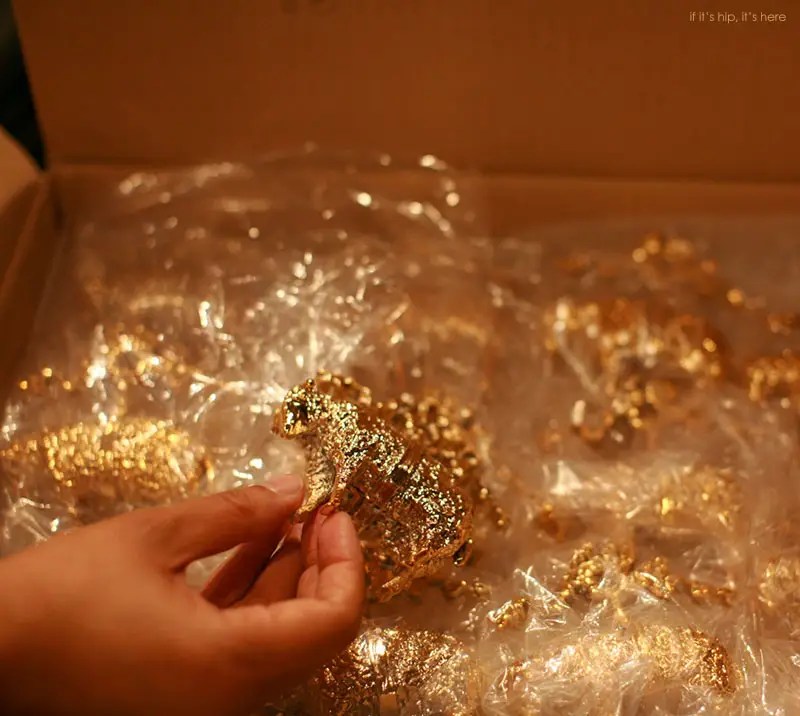 The gold-leafed sheep are then suspended on golden threads which combine to make two hanging Golden Fleece pieces. 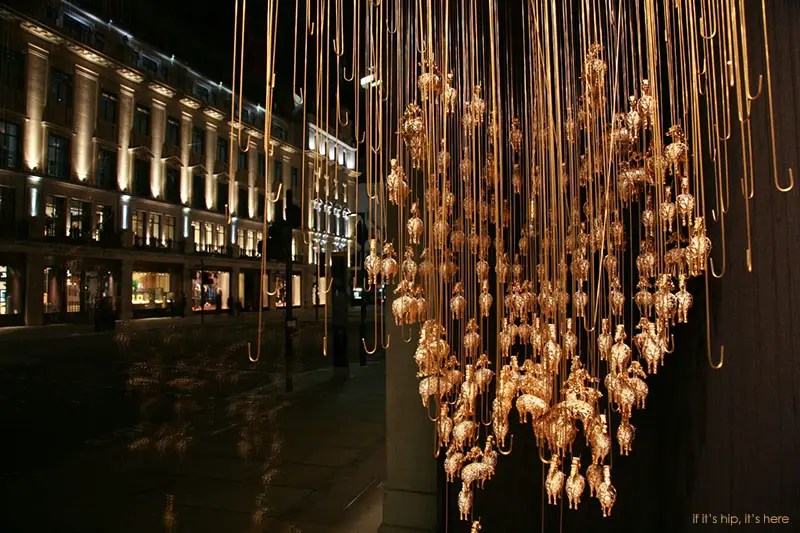 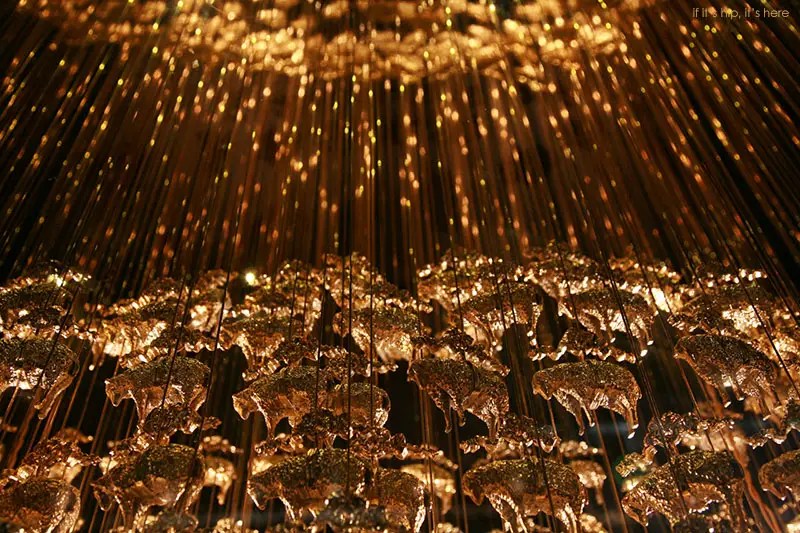 One sheep chandelier is encased in a window whose walls are lined with hand applied Dutch Gold leaf, the other in blue pinstripe. The two sheep mirror each other in separate windows providing a shimmering spectacle for passers-by. 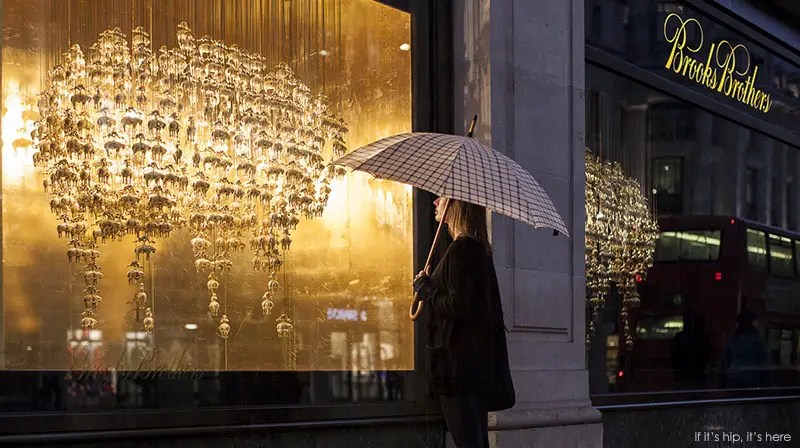 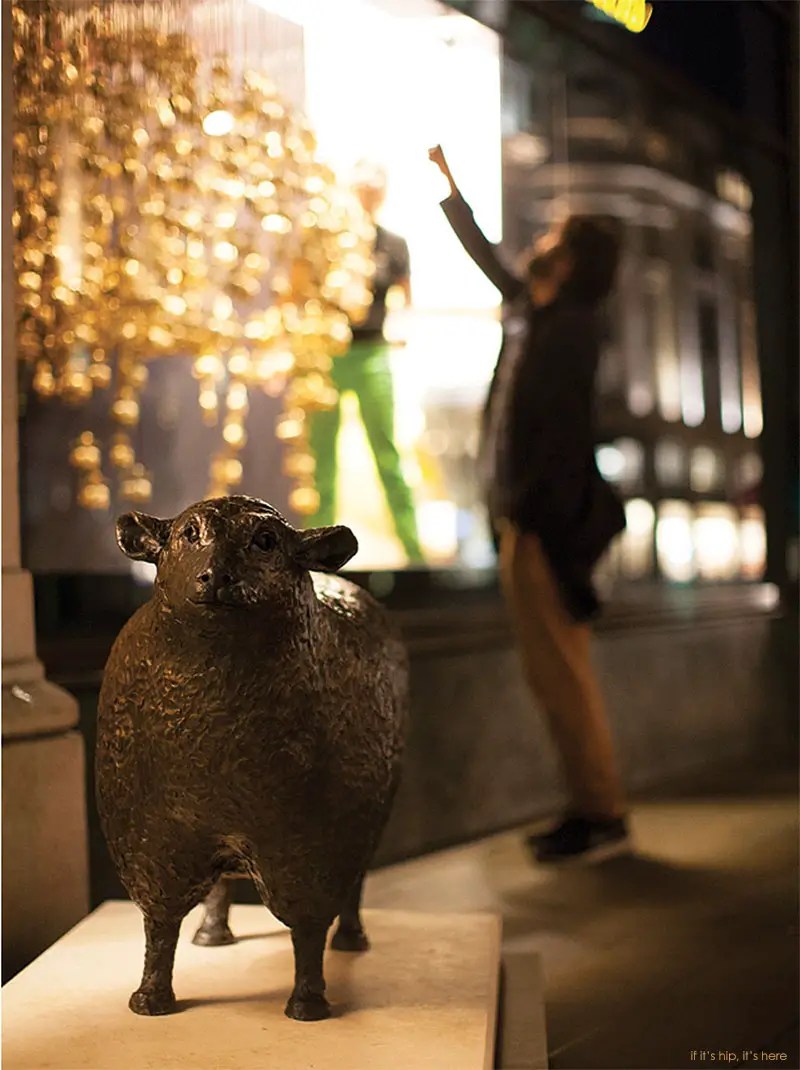 Outside on Regent Street, a trail of chalk hoof prints lead from the two store entrances to ‘Madison’, a life-size cast bronze sheep, also created by Jonathan Sanders, grazing on the pavement, providing an element of playfulness and interaction. 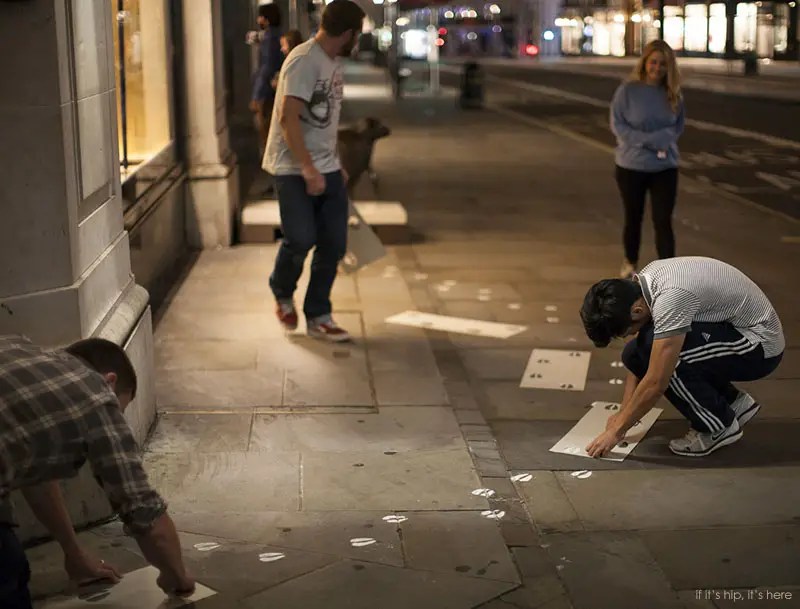 The full installation will be on display until 21 September during London Design Festival, London Fashion Week and Vogue Fashion’s Night Out, after which it will be transported to Brooks Brothers stores around the globe starting with Milan.

information and images courtesy of Squire and Partners, Domus and The RIBA Regent Street Windows Project

Starbucks Unveils The White Cup Contest Winning Design (and a look at some other submissions).