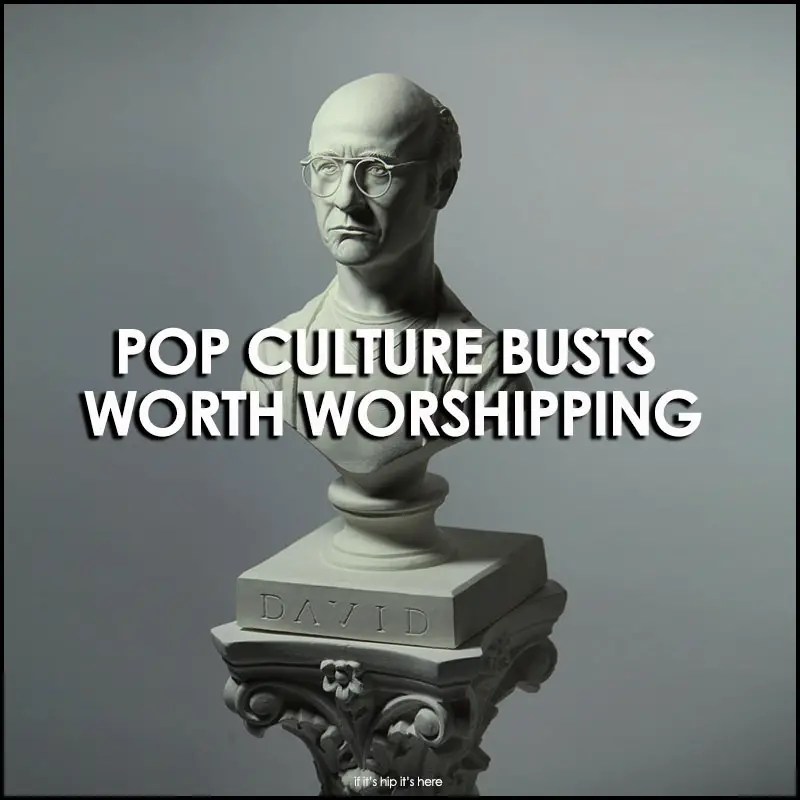 At first they look like classical Greek busts. You know, the kind you usually ignore in libraries and museums. But look a little closer and you’ll see that these made-to-order, small-scale busts are cast in detailed likenesses of our some of our favorite movie and television personalities and characters. Stephen Colbert, Larry David, Jeff Bridges as “The Dude” Lebowski and Brian Cranston as Walter “Heisenberg” White.

Note: since this post was initially published, things have come to light about Louis CK and we no longer consider him a hero, so we removed his bust from this post. Made by Christopher Genovese, an independent filmmaker and videographer by trade, each is carefully cast in polyurethane resin from an original sculpture mold. And this guy can sculpt. The images are impressively detailed, accurate likenesses of the popular personalities and characters.

Creating work in a vast range of mediums from an early age from photography to painting, Genovese’s formal education at The School of Visual Arts in NYC was surprisingly not in sculpture but in film and television production, explaining that his first love was for cinema because it is, “the union of all arts.”

Originally planning to be a special-effects makeup artist, he shifted focus to documentary filmmaking, making that his primary career and reserving his fine art efforts for his own personal satisfaction, very rarely taking commissions. “I make only stuff that I want to have.”

Well Christopher, we want to have them, too.

THE DUDE (THE BIG LEBOWSKI)

The details are beautifully rendered – and not just from the front, but from all 360 degrees.

Depending upon the bust, it’s available in classic white or painted to appear as bronze or as antique patinated bronze.

He’s got busts of Obama, Bernie Sanders and even Darth Vader, too.: Averaging $200 each, you can buy the busts at his etsy store here

You can see some painted busts and more of Christopher Genovese’s work at his Deviant Art Gallery here.

He’s got a film and video site here as well.

The 2016 Oscar Statuette: Made With 3D Printing For The First Time.