you are here: if it's hip, it's here » walter white

At first they look like classical Greek busts. You know, the kind you usually ignore in libraries and museums. But look a little closer and you’ll see that these made-to-order, small-scale busts are cast in detailed likenesses of our some of our favorite movie and television personalities and characters. Stephen Colbert, Larry David, Jeff Bridges as “The Dude” Lebowski and Brian Cranston as Walter “Heisenberg” White. END_OF_DOCUMENT_TOKEN_TO_BE_REPLACED 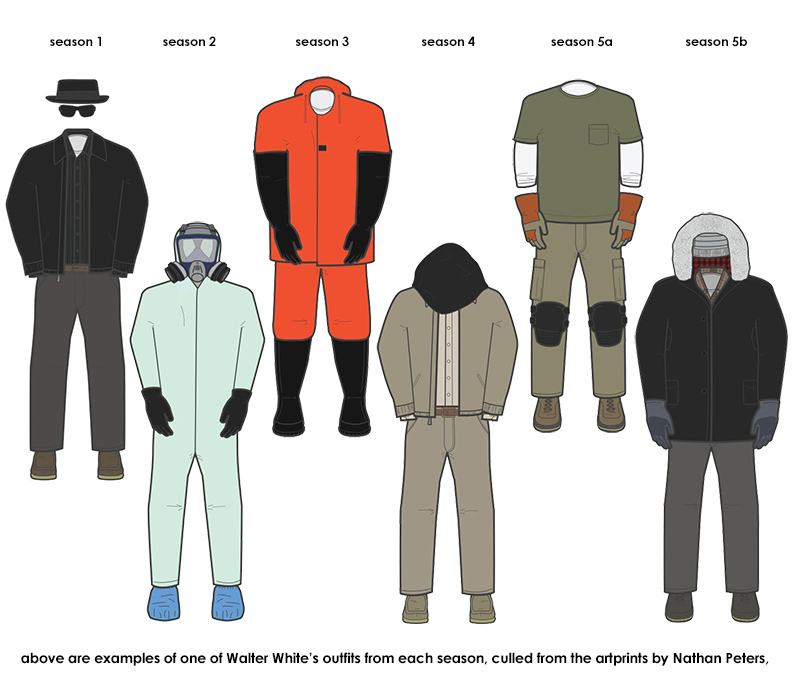 Illustrator Nathan Peters, a Senior Designer at Big Spaceship in Brooklyn, NY. has designed a series of Walter White’s wardrobe posters. He tells the story of Breaking Bad’s loveable anti-hero Walter White through the clothes he wore, broken down by season. END_OF_DOCUMENT_TOKEN_TO_BE_REPLACED 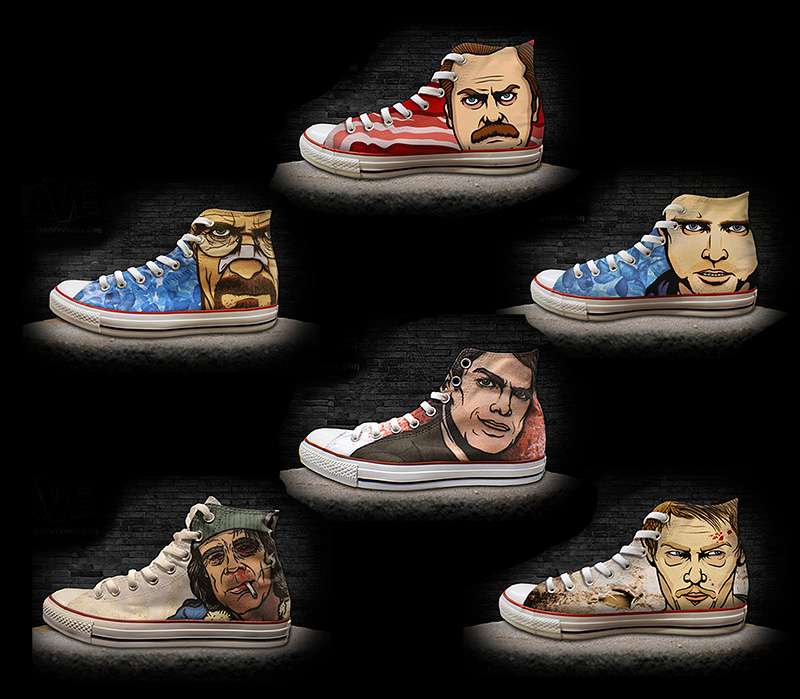 The Avenue in California’s Venice Beach uses cutting edge technology to allow anyone to custom design a pair of kicks. They have created custom Chucks for many a celebrity and sell several uniquely designed pairs that celebrate pop culture. END_OF_DOCUMENT_TOKEN_TO_BE_REPLACED