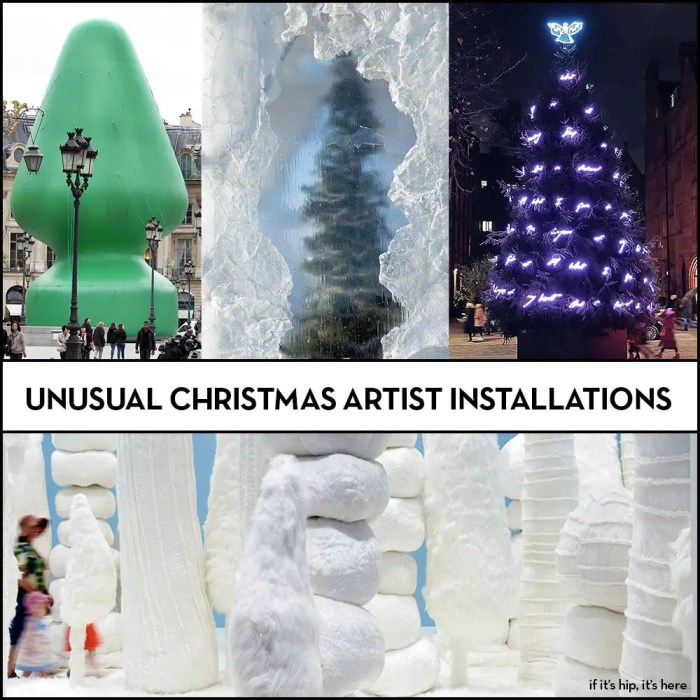 There’s so much to see around this time of year. Like crows, our heads turn at every glittery, shiny display. Buildings, balustrades and balconies are wrapped in twinkling lights and street-facing windows proudly display trimmed trees for all to see. But with so many holiday decorations, tributes and installations all over the world, you might have missed some of the most unusual and spectacular global Christmas artist installations, so we have them here for you. 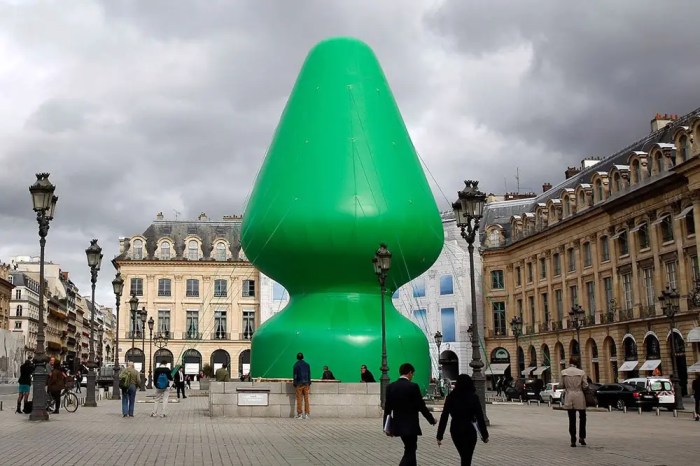 While many artist installations are the butt of a joke by both the art-savvy and the art-illiterate, few are as memorable as the controversial and disastrous 2014 installation by artist Paul McCarthy in France. Installed at Paris’ Place Vendôme, the minimalistic green inflated sculpture simply titled “Tree” stood 24 meters-tall (79 feet) and was made of green plastic canvas in a form that resembled, depending on who you asked, a Christmas tree, a Brancusi sculpture, or a butt plug. 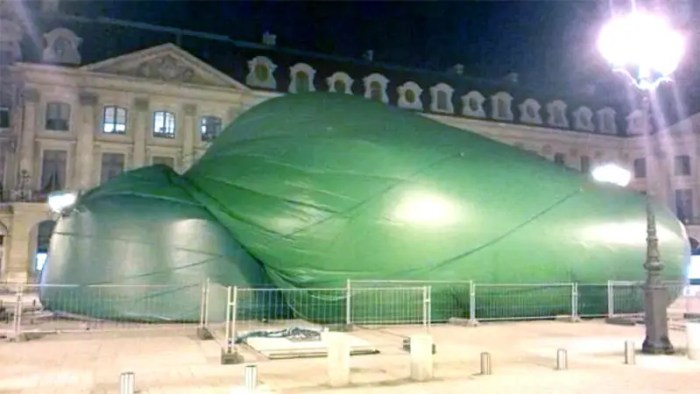 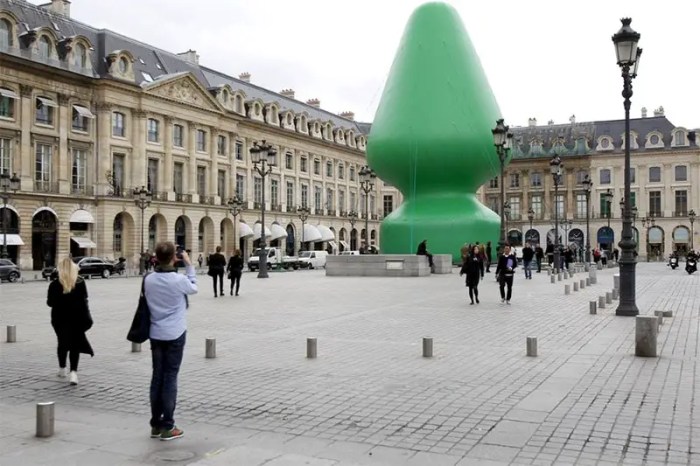 “.It is an abstract work,” McCarthy told French paper Le Monde. “People may be offended if they want to refer to [it as a] plug, but, for me, it is more of an abstraction.”  People were offended and the artist was assaulted, the installation was deflated at night by vandals and then ultimately removed. Coincidentally, sales of butt plugs increased in France after the incident. 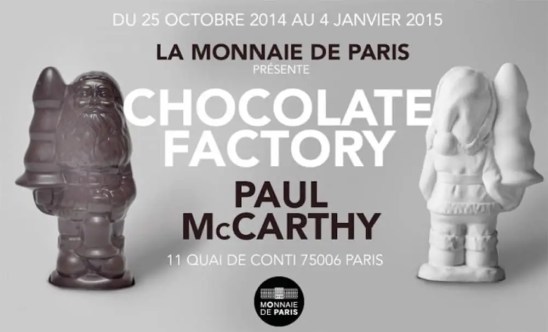 The tree was created to coincide with the Artist’s solo exhibition, Chocolate Factory but instead turned into a public debacle. Since then, Paul McCarthy’s similarly controversial Santa sculptures holding his “Brancusi Tree” has been displayed all over the world. Frozen within a block made of transparent wax and resin, the 23 foot tall tree, adorned with 1200 lights, looked as if it were melting into the ground surrounded by a puddle made with 250 kilograms of clear wax. 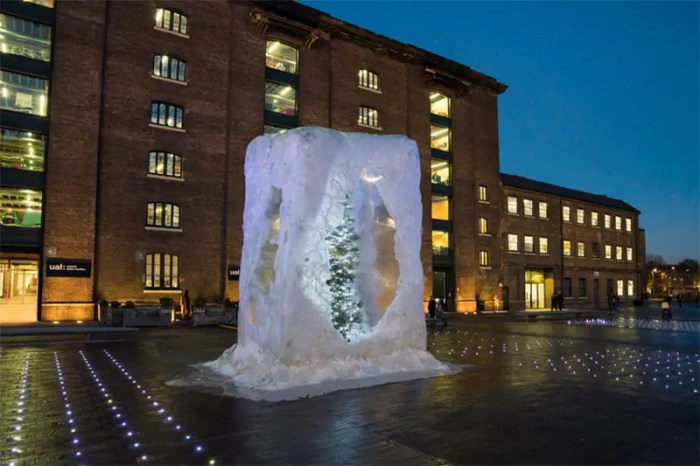 The Connaught, a luxury hotel in Mayfair, annually commissions artists to design their Christmas tree. In 2017 they asked contemporary artist Tracey Emin to do the honor. 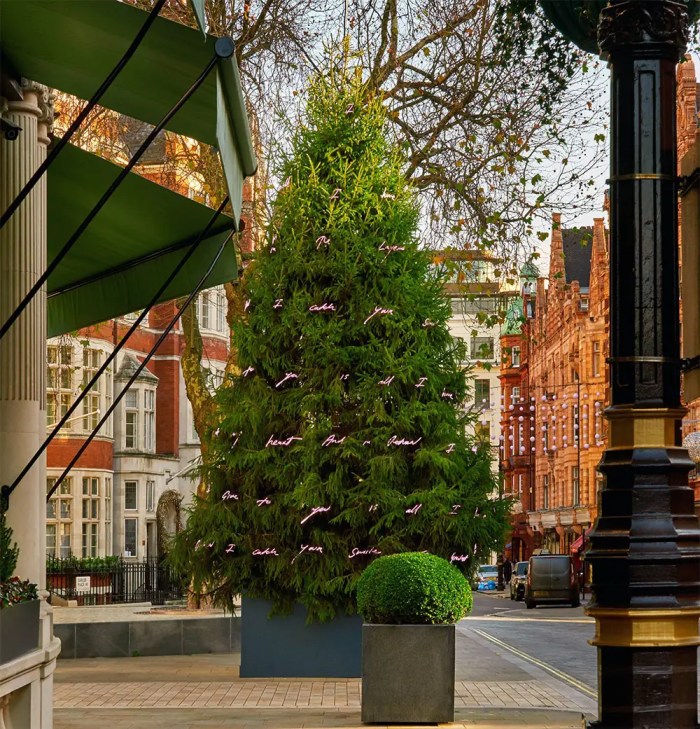 The modern expressionist, who works in neon using her signature scrawl, covered the tree in an illuminated poem written exclusively for The Connaught. 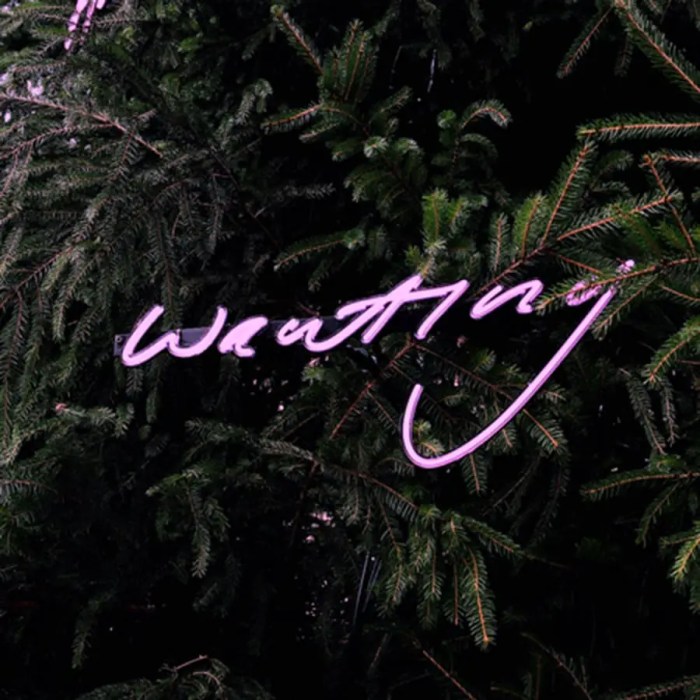 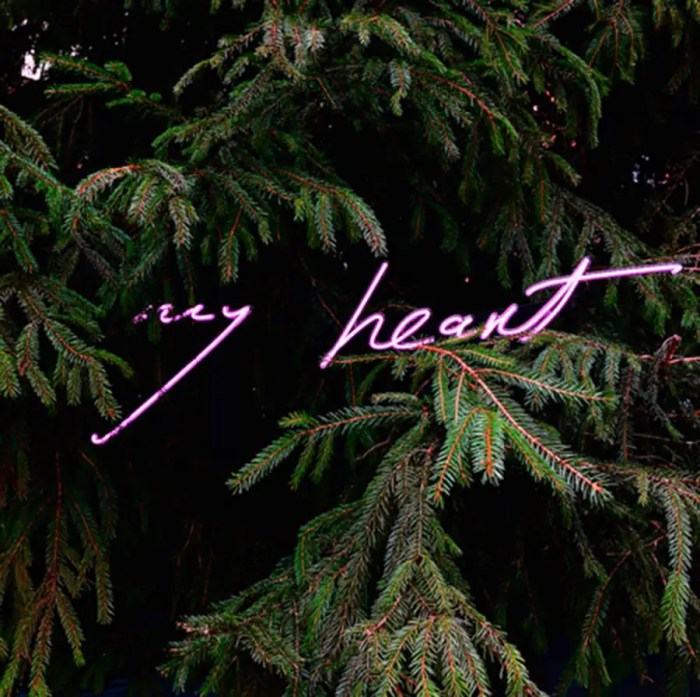 Atop the tree – a magnificent 30-foot Norway spruce – sat a glowing angel, a tribute to Tracey’s late mother. photos courtesy of The Connaught and  Loughran Gallery Australian artist Kathy Temin’s My Monument: White Forest was commissioned by GoMA in 2008. The installation, which remained in the Brisbane museum until 2013, looked as though Dr. Seuss had created a White Winterland. Cartoon-like synthetic fluffy white trees populated a forest that combined both the real and the imagined. Made of physical earthly materials, the ethereal wonky structures enclosed one in fantastical world, resulting in a place that almost felt like heaven on earth. 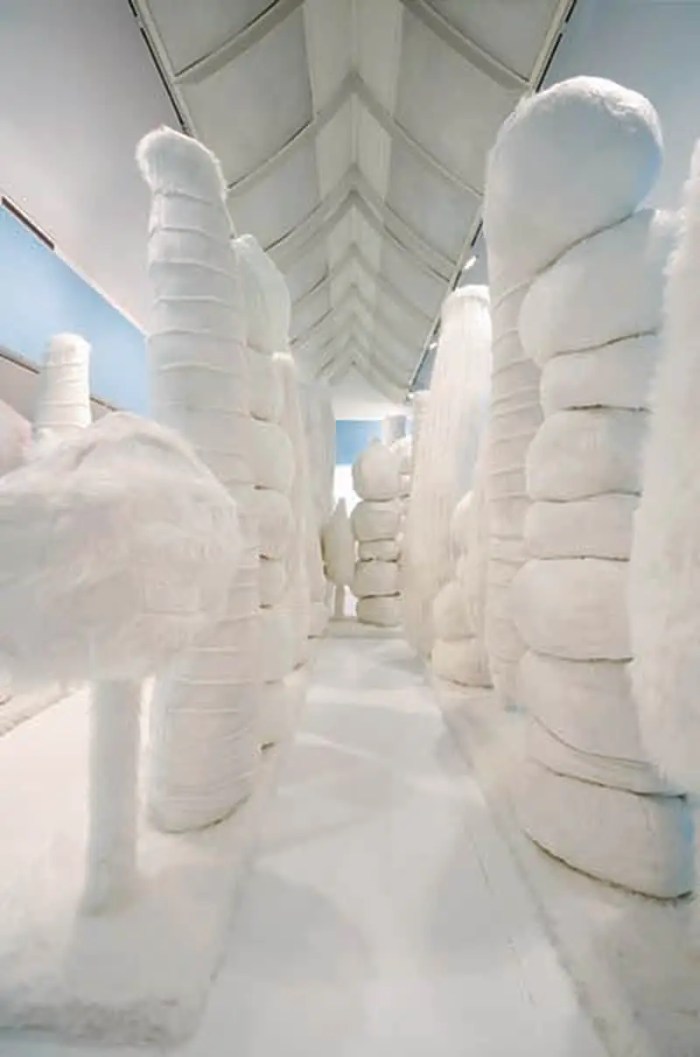 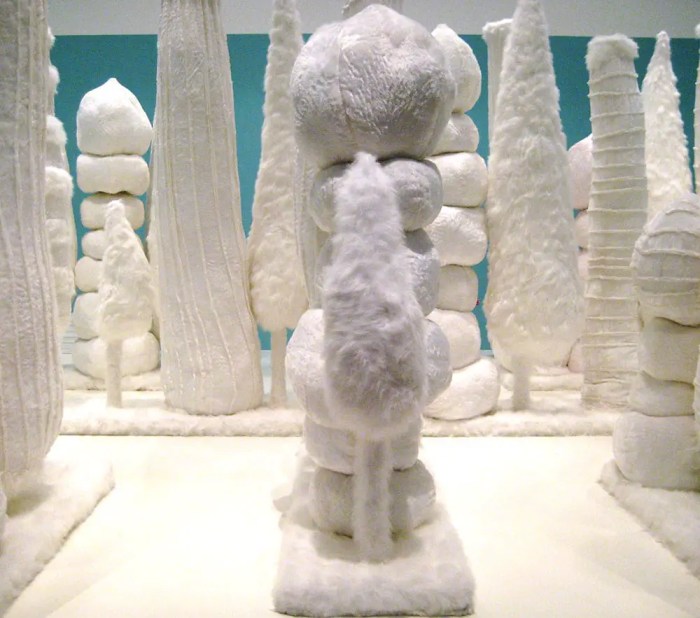 If this installation looks familiar to you, you might have seen Kathy Temin’s White Forest in Keeping Up With The Kardashians, Season 16 Episode 9 – Christmas Chaos – where Kim, Kanye and their kids experienced it. The Migration Series by Ted Lott

Gross Out Your Vegan Friends With This Steak Set Wrapping Paper.