By now, most everyone in the world is familiar with the Mexican holiday known as Dia de los Muertos (Day of the Dead). Most people recognize the beautiful sugar skulls, the colorful clothing and makeup, mariachi bands and celebratory signs – but know little of the actual holiday.

A holiday that draws on indigenous and European traditions, it’s traditionally celebrated on the first and second days of November and is, in fact, a celebration of life as opposed to a time to mourn our loved ones. It is a time to remember and celebrate the lives they lead and the many things they enjoyed during that life.

Although the celebration is bittersweet and its symbols macabre, Dia de los Muertos usually maintains a happy atmosphere well into the evening. Family members recall departed loved ones, sharing humorous and endearing stories around gravesites.

On Dia de los Muertos, the dead are awakened from their eternal slumber to become a vibrant part of the community. They are celebrated with objects and activities they enjoyed in life, such as food, drink, and music. According to wikipedia, The Day of the Dead celebrations in Mexico developed from ancient traditions among its pre-Columbian cultures. Rituals celebrating the deaths of ancestors had been observed by these civilizations perhaps for as long as 2,500–3,000 years.

The festival that developed into the modern Day of the Dead fell in the ninth month of the Aztec calendar, about the beginning of August, and was celebrated for an entire month. The festivities were dedicated to the goddess known as the “Lady of the Dead”, corresponding to the modern La Calavera Catrina. 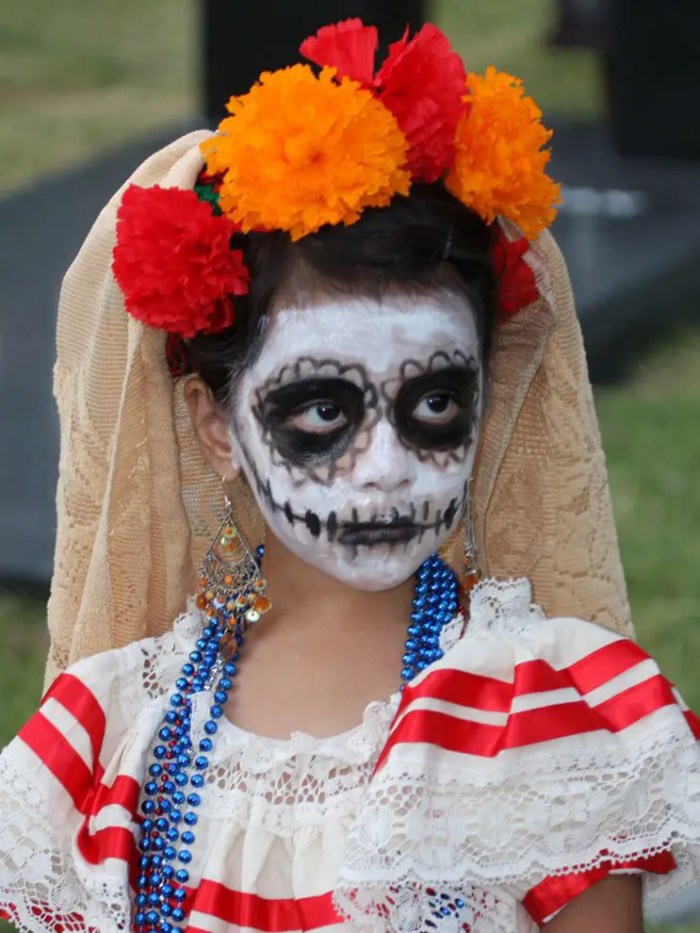 Learn and see more about Day of the Dead at these great sites: