` Broken Things & Nomad Patterns by Livia Marin - If It's Hip, It's Here
Skip to content 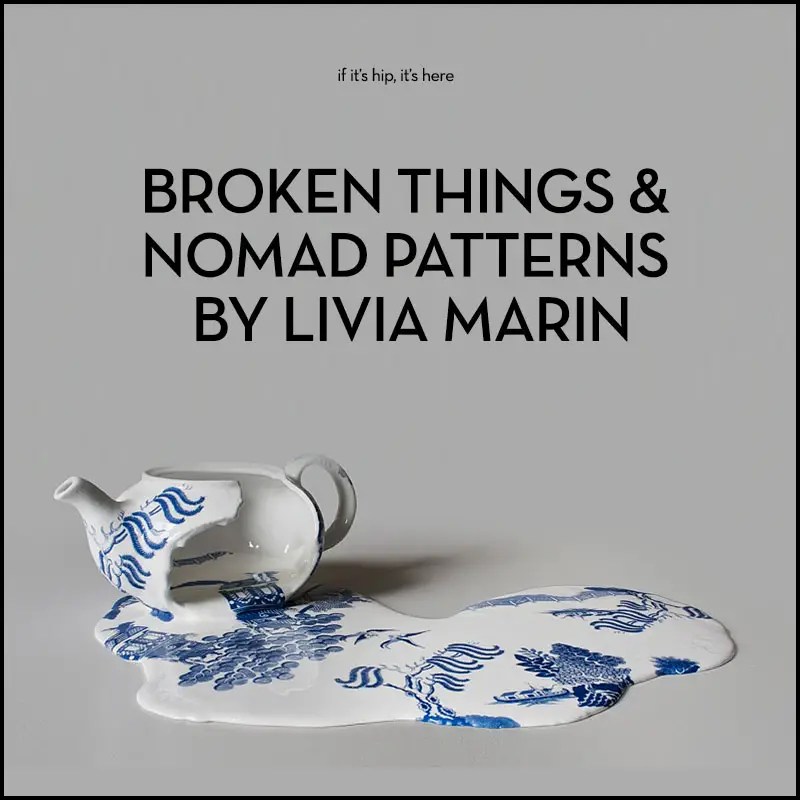 London-based Chilean artist Livia Marin explores the nature of our relationship between everyday objects and material possessions in an era dominated by mass-production, homogeneity and global circulation. In the two projects, Broken Things & Nomad Patterns by Livia Marin, the artist inquires into issues of brokenness and recuperation. The tabletop pieces within the collections parody the museum style of restoration and are meant to put the integrity of the object in question. In a 2009 interview with Alex Bec for It’s Nice That, the artist says of Broken Things: “In this particular show, the figure of something broken is what hinges that relationship: when something breaks it goes out of use, it can be discarded, but it might enter a new phase of signification if its owner has a strong attachment to it. It’s that moment of decision or indecision that interests me and that I try to recreate by building the object as an ambiguous figure. Within this, it is important that I have worked with mass-produced, non-noble objects, whereby things that were not important in the first place achieve a value or significance by the attachments that people form with them.” 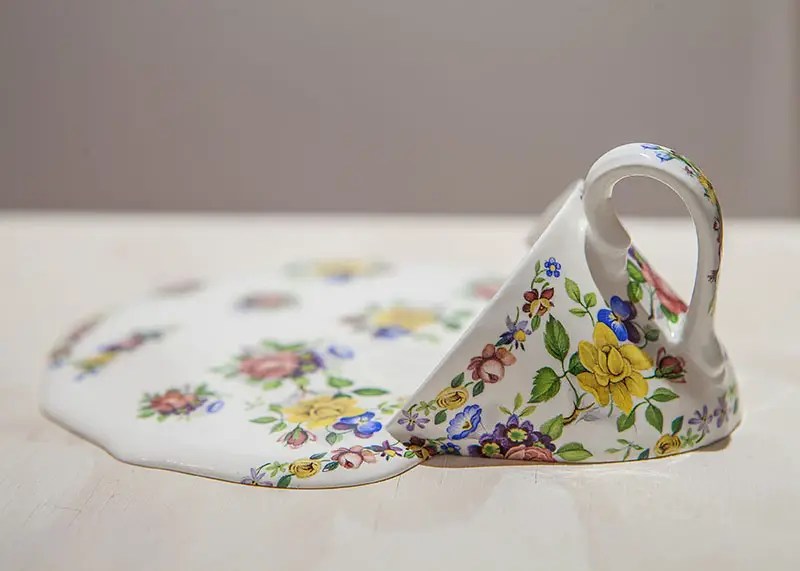 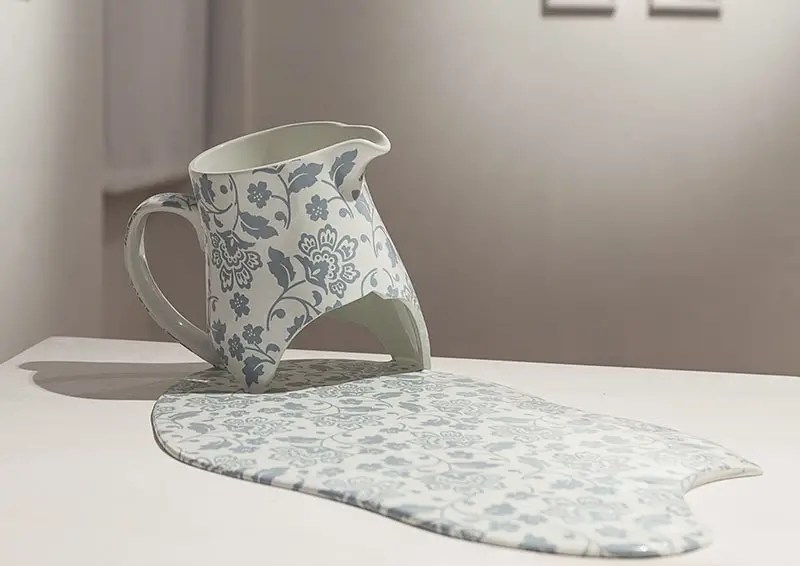 The artist appropriates fragments of mass-produced tea sets, mechanically printed with decorative patterns, and turns them into unique, precious handcrafted pieces made of ceramic, resin and transfer-print. Teacups, bowls, pitchers and jars appear paradoxically broken yet complete: thus what contains and what is contained form a sort of third indeterminate object suspended between formation and dissolution. 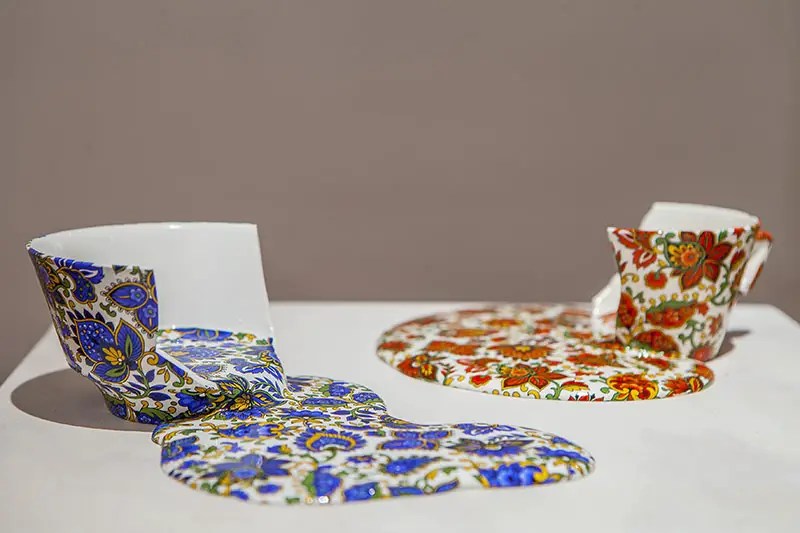 It is the decorative pattern of the objects, which both remains in and departs from its common place, that maintains the ambiguity of these objects. One such example is the recurring pattern used by the artist, the Willow Pattern, which can be found on many commercially produced ceramics. 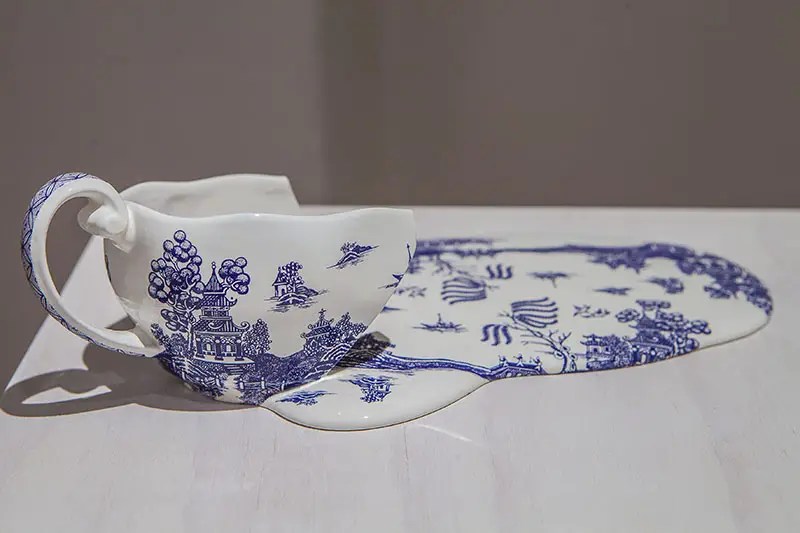 The origin of this decorative motif, reminiscent of ancient Chinese blue and white pottery, actually hails back to England during the Industrial Revolution. This pattern was invented by an Englishman and while in previous eras blue and white ceramics were associated with aristocracy, now this patterns has fallen into overuse, has become somewhat of a logo printed onto mass quantities of ceramics found in any department store. The Willow Pattern is essentially an ironic example of how this “brand” has now become completely decoupled from any guarantee of the quality it once stood for and of the dignity and uniqueness of the original pattern, and also of its universal dissemination. (via) Marin’s work has been shown in her native Chile as well as internationally.