` Caviar Cyberphone Inspired by Cyber Truck - If It's Hip, It's Here
Skip to content Russian luxury gift brand Caviar focuses on embellishing mobile phones and wristwatches with as much extraneous crap as you can imagine: fragments of the Titanic, Moon and Meteorite Fragments, Skeletal Complications, 18k gold and diamonds, Alligator Skin – even phones made with clothing remnants from The Beatles and one embellished with the a Nativity scene crafted of gold. Their latest offering, The Cyberphone, has a design inspired by Elon Musk’s Cybertruck 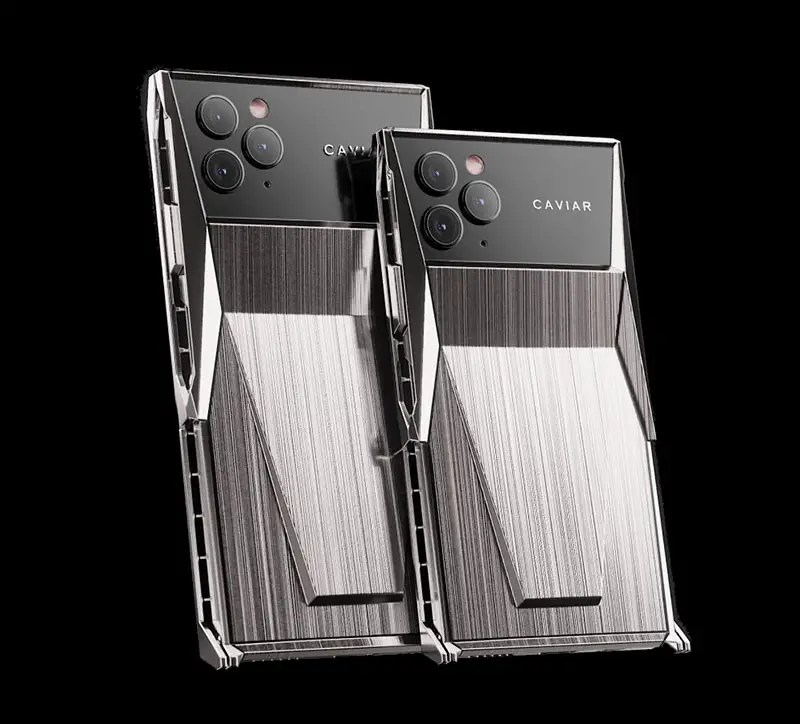 Along with several other hideous optional versions of the iPhone 11 – all of which cost an inordinate amount given that the phone will be obsolete in a year, they are offering an extra strong version of Apple’s iPhone 11 Pro based on Elon Musk’s Tesla Cybertruck. Named The Cyberphone, it’s angular, it’s crafted of machined titanium and starts at $5990 (they also offer a lite version starting at $4220).

Based on the design concept of a new headline-making crossover model by Elon Musk, the modified iPhone 11 Pro has a titanium body to protect it from any outer mechanical impact: the back cover, sides and even the screen are hidden under metal plates. 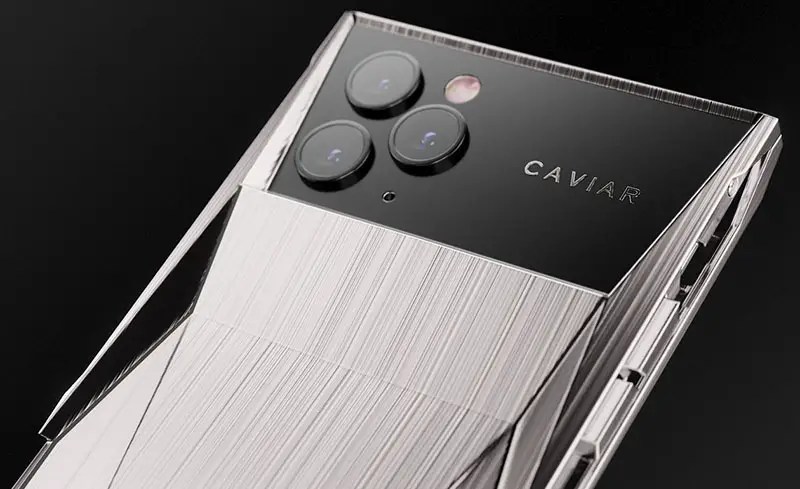 The folding titanium screen protection offers protection and transforms into a comfortable holder. 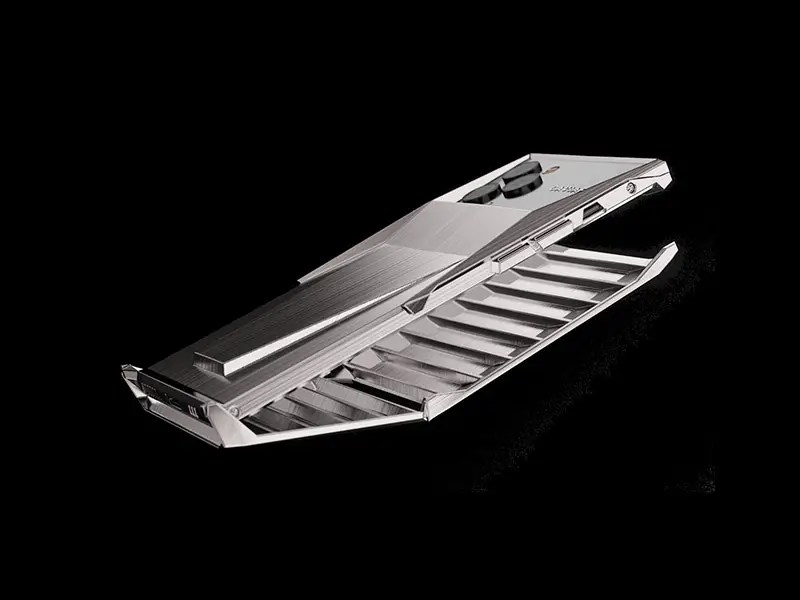 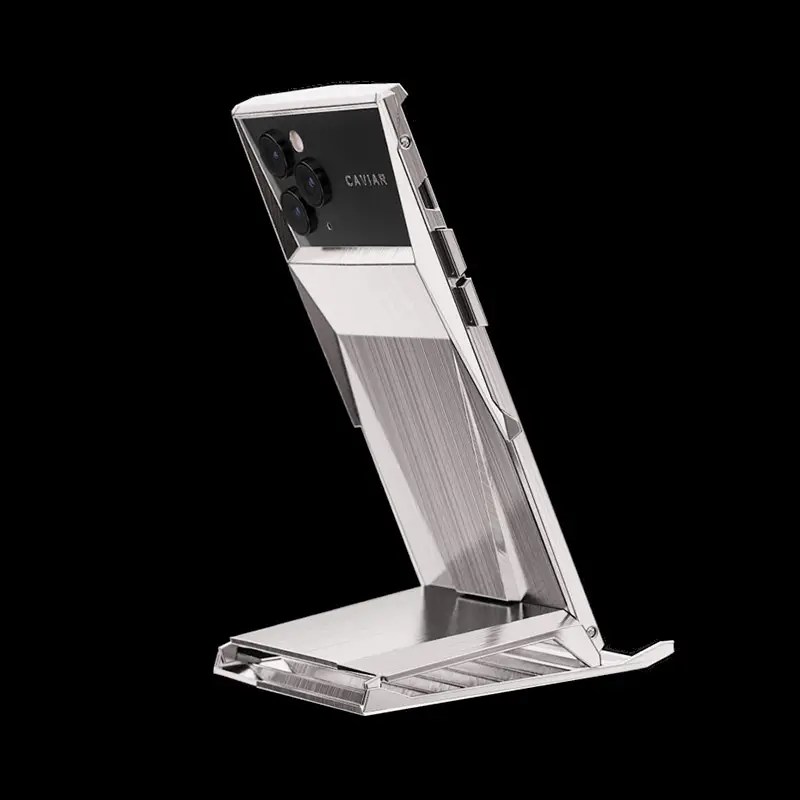