Actress and entertainer Debbie Reynolds has the horrendous chore of having to bury her own daughter, something no parent should ever endure. The fact that her daughter was writer, actress and comedian Carrie Fisher, immortalized forever as Star Wars’ Princess Leia Organa, makes that a painful duty the public will mourn along with Ms. Reynolds.

Carrie Fisher: Her Life, Her Loves and Her Legacy

This is a post I don’t have to write because every magazine, blog, news outlet and Star Wars fan will cover the tragic passing of Carrie Fisher in great depth. But Carrie’s movies and her books were such a big impact on my own life that I must share some of my favorite photos and information about her – a cathartic tribute of sorts.

She stood only 5’1″ with a husky voice and a wonderfully sarcastic sense of humor. Her big brown eyes seduced us from her first onscreen appearance as Lorna in 1975’s Shampoo starring Warren Beatty.

She proved her acting chops in Woody Allen’s 1986 Hannah and Her Sisters and as Marie in 1989’s When Harry Met Sally.

But of course it was her memorable turn as Princess Leia Organa – and three memorable hairstyles – in the Star Wars franchise for which she is best known. (to see her full filmography, go here) Carrie was a brilliant writer, actress, comedienne and mental health advocate who suffered from bipolar disorder (about which she was very public), alcoholism and drug abuse since an early age. Fisher, 60, suffered a massive heart attack aboard an 11-hour flight from London to Los Angeles last Friday when she went into cardiac arrest 15 minutes prior to landing at LAX. She died Tuesday morning, December 27th at 8:55 am.

At the time of her death Carrie was promoting her latest book, filming for the Amazon TV series Catastrophe, writing an advice column for The Guardian and was soon to be a columnist for The London Telegraph. And I’m sure she had other projects in the works as well. I don’t even know how to begin to express the sadness that the unexpected passing of the actress and writer provokes within me personally and undoubtedly, in millions of fans.

Lucasfilm said on Tuesday that Ms. Fisher had completed her work in an as-yet-untitled eighth episode of the main “Star Wars” saga, which is scheduled to be released in December 2017.

Images of her from Return Of The Jedi, clad in her sexy metal Bikini, adorned the walls of pre-pubescent men everywhere in the 80s.

Rolling Stone magazine featured these fabulous photos of her by photographer Aaron Rapoport, in the infamous bikini, in a 1983 editorial to promote the film (you can purchase the issue here): 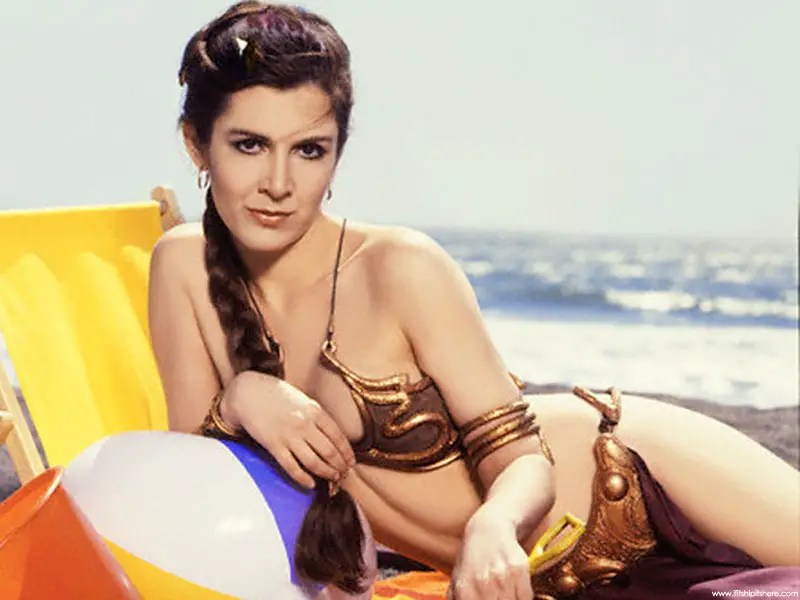 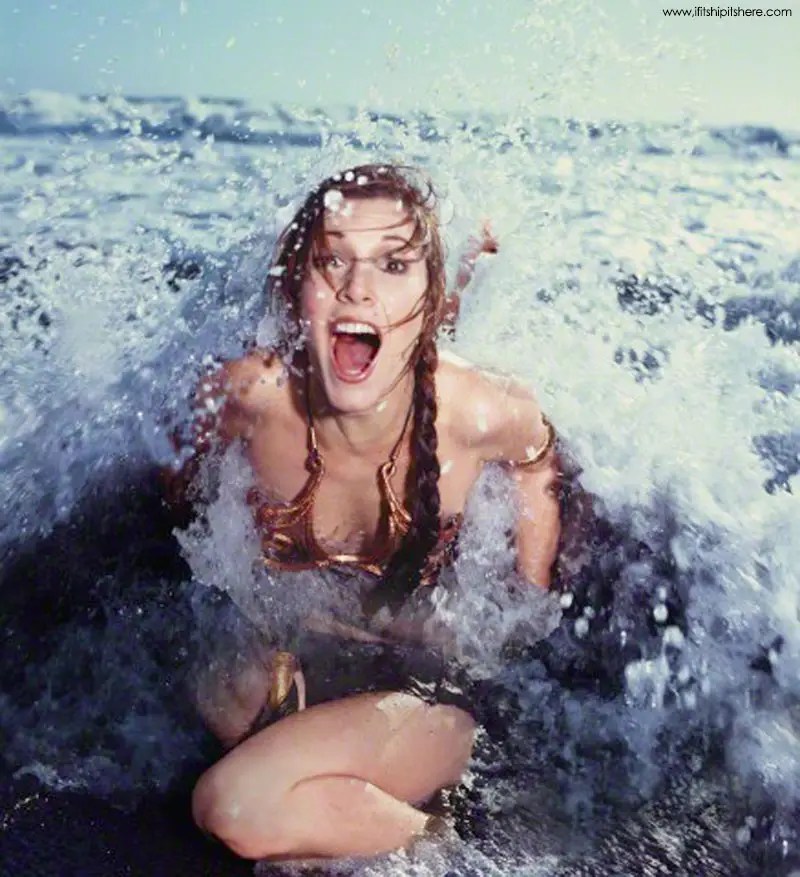 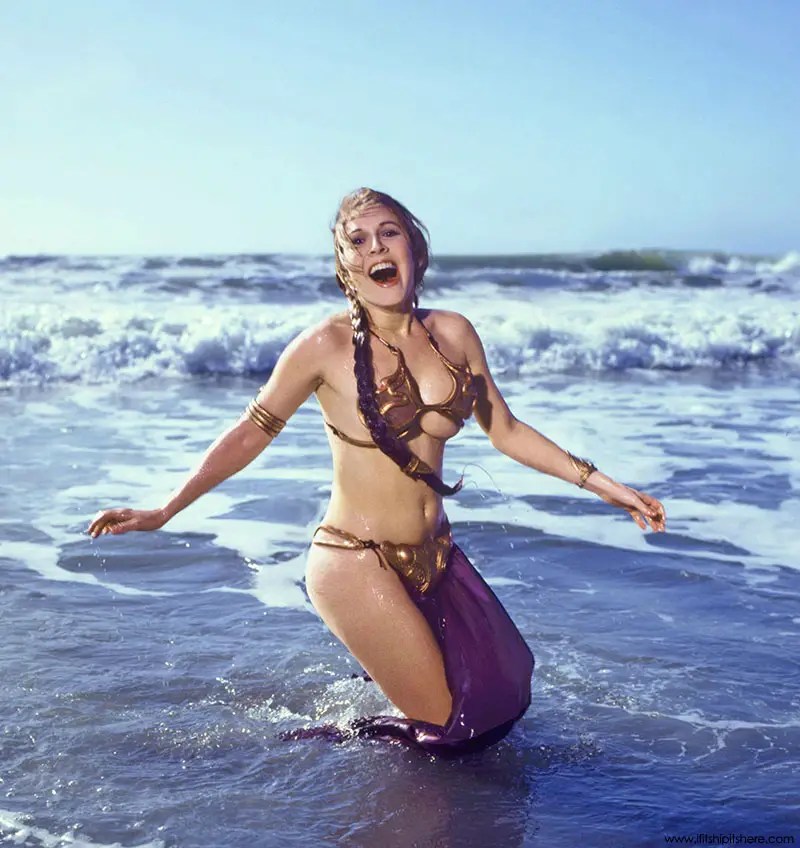 She was the author of five bestselling novels; Wishful Drinking, Surrender the Pink, Delusions of Grandma, The Best Awful, and Postcards from the Edge, which was made into a hit film starring Shirley MacLaine and Meryl Streep.

She turned her novel, Wishful Drinking, into a brilliant one-woman play that also aired on HBO.(stream it or rent it here if you haven’t seen it)

Her most recent book, The Princess Diarist was just published on November 22nd and has already been named a PEOPLE Magazine Best Book of Fall 2016. In addition to writing the aforementioned books, she also wrote the screenplay for Postcards from the Edge and she worked as a script doctor, saving many troubled productions by rewriting screenplays. 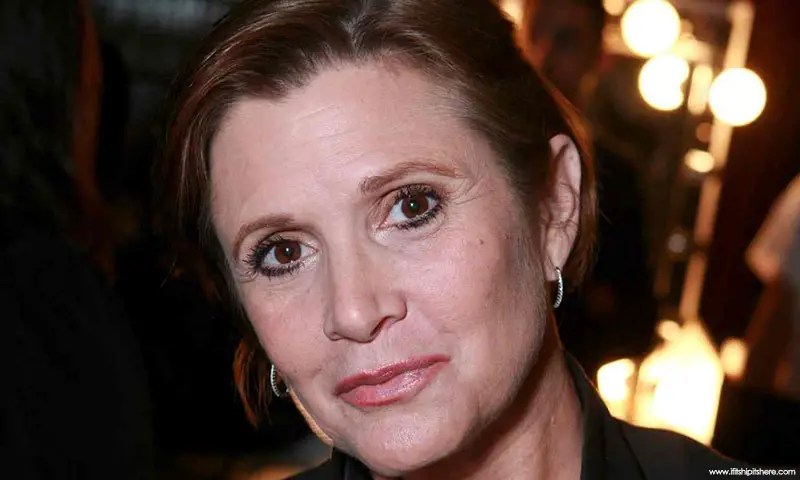 Fisher’s experience with addiction and mental illness–and her willingness to speak honestly about them made her a sought-after speaker and respected advocate. She had even begun writing an advice column for The Guardian called Advice from the Dark Side.

She was only married once (although she was engaged to Dan Aykroyd at one point), to singer Paul Simon and for less than a year (from August 1983 to July 1984) but continued to date him on and off for 8 years after their divorce. 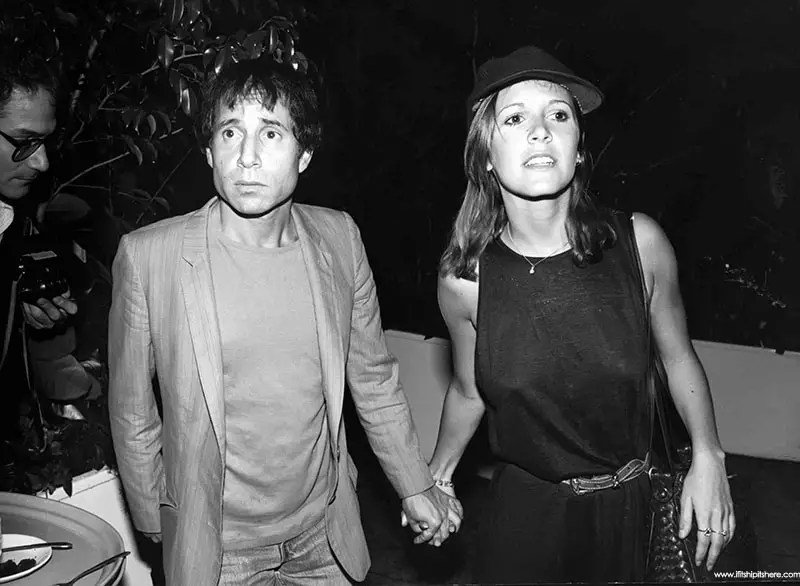 In her most recent biography, she reveals having had a brief affair during filming with Harrison Ford. Carrie’s French bulldog Gary accompanied her everywhere, even onto TV talk show sets whenever she was a guest.

She was in the midst of creating a retail collection of her most popular tweets and custom designs in a variety of apparel which was to launch soon. Earlier this year, Bright Lights: Starring Carrie Fisher and Debbie Reynolds directed by Alice Bloom and Fisher Stevens debuted. The 95 minute HBO documentary, presented in Cannes Classics, revisits two golden eras in American cinema through the deeply personal story of Debbie Reynolds and Carrie Fisher. It premiered at the 2016 Cannes Film Festival and is slated to air on HBO in March 2017.

An exploration of a mother-daughter relationship in the public gaze. Made for HBO, a clip can be seen below.

Thousands of photos exist of the woman who was born into hollywood royalty on Oct 21, 1956 as the daughter of Debbie Reynolds and Eddie Fisher (who ended up leaving Reynolds for Elizabeth Taylor). Here are a few more of my favorites. 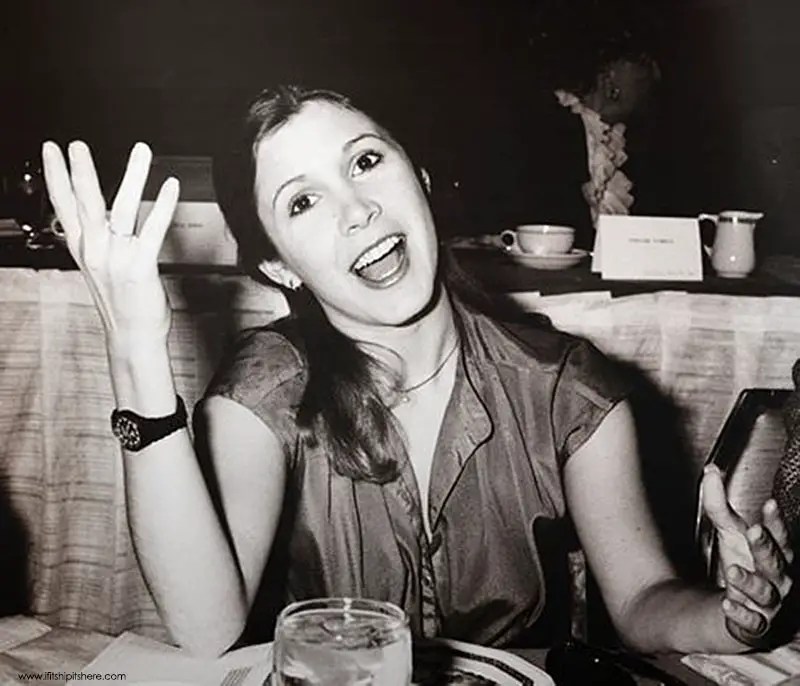 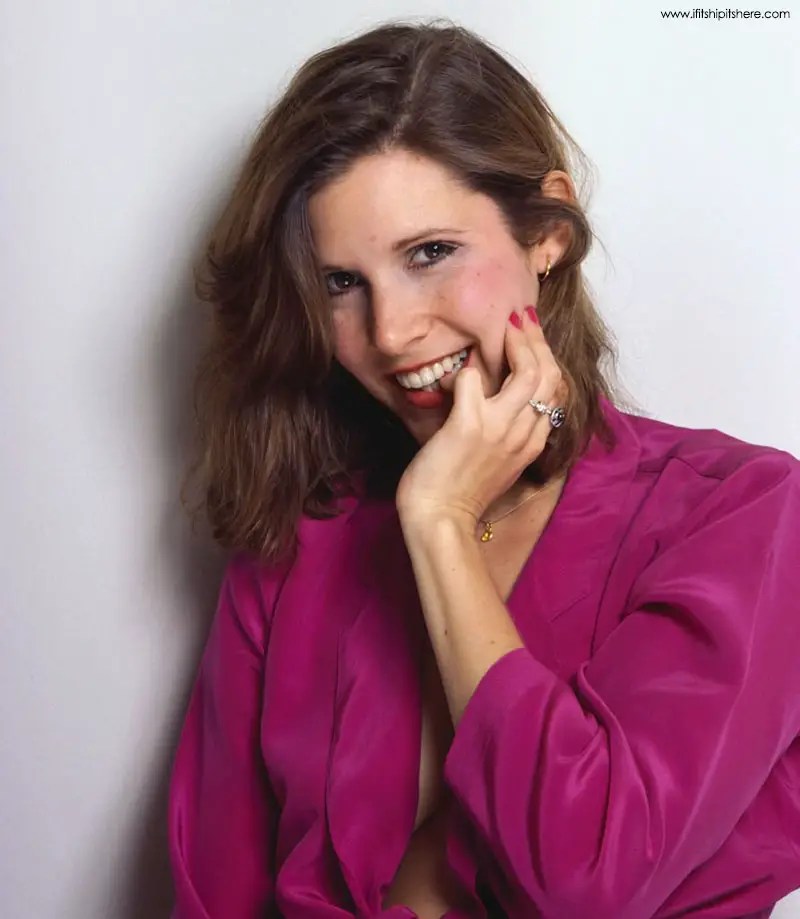 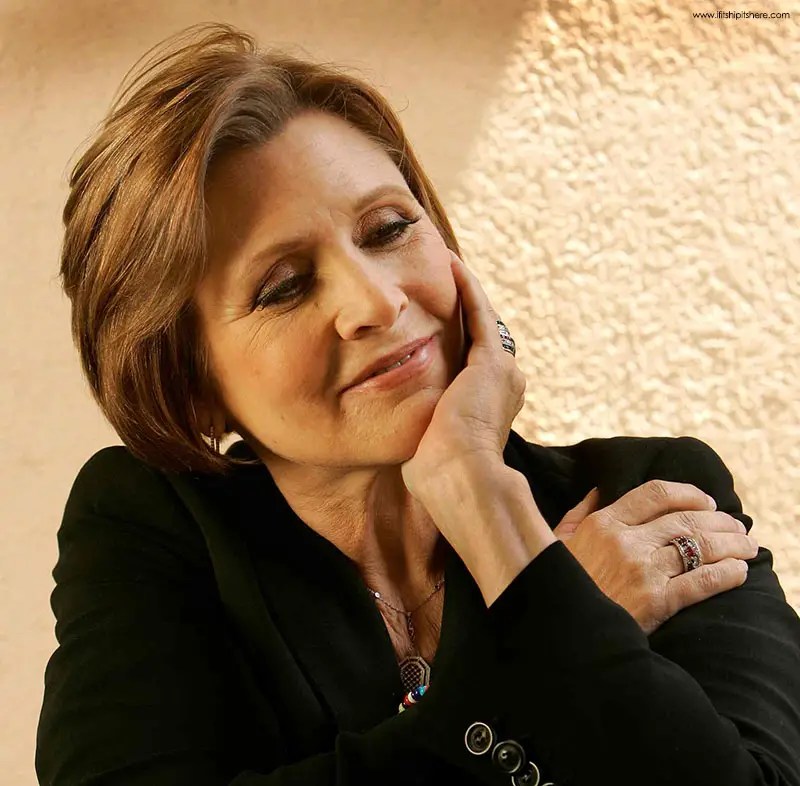 Her own website features a timeline of her career, her numerous published novels and her love for Gary, her Frenchie who had his own twitter account.

Lucian Freud Remembered. Images of (and links to) his Astounding Work.

You May Know Her as Jessa on GIRLS, But Jemima Kirke Is Also A Talented Artist.