Spontaneous eruptions of joy have been occurring in the streets this morning. After so much bad news, so much division, hate and anger, we finally opened the paper to see a morning headline that made us smile. No, it didn’t read “Ding Dong, The Witch Is Dead.” although it could have. Instead the New York Times posted words half this country has been yearning to hear for months: Biden Beats Trump (admittedly, we added the flowers).

In a history making election which included four tense days of vote-counting in a handful of battlegrounds, Joe Biden was elected as the 46th President of the United States. With his triumph, Mr. Biden, who turns 78 later this month, brings decorum, duty and decency back to the White House.

America, I’m honored that you have chosen me to lead our great country.

The work ahead of us will be hard, but I promise you this: I will be a President for all Americans — whether you voted for me or not.

I will keep the faith that you have placed in me. pic.twitter.com/moA9qhmjn8

The oldest person elected president, Biden represents political consensus over combat and will lead a nation and a Democratic Party that have become far more ideological since his arrival in the capital in 1973. And that’s just some of the good news. 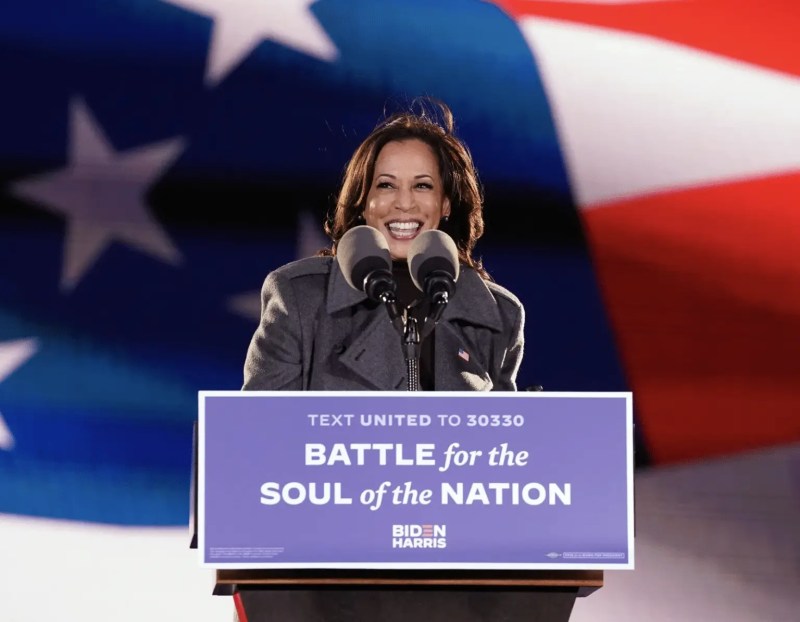 Senator Kamala Harris of California will be the first woman to serve as this country’s vice president. Ms. Harris, the daughter of an Indian mother and Jamaican father, has risen higher in the country’s leadership than any woman ever before her and makes history as both the first Woman and the first Woman of Color, to be Vice President of the United States.

We love this video. So genuine and excited:

We did it, @JoeBiden. pic.twitter.com/oCgeylsjB4

Read more about Kamala Harris and her groundbreaking firsts here

To stay up on remaining election news, follow the NYT live updates here.