Beck’s Germany has introduced the Scratch Bottle, an aluminum covered bottle on which you can scratch any design, words or art with your fingernail. When I grew up there was a myth that if you could peel off your beer label in its entirety, it was proof that you were a virgin. Of course, many a non-virgin could achieve this feat and people grew tired of the ‘game’. While Beck’s new limited edition scratch bottles may not prove you still have your hymen intact or have yet to penetrate a living thing, they will bring out the budding artist in you. 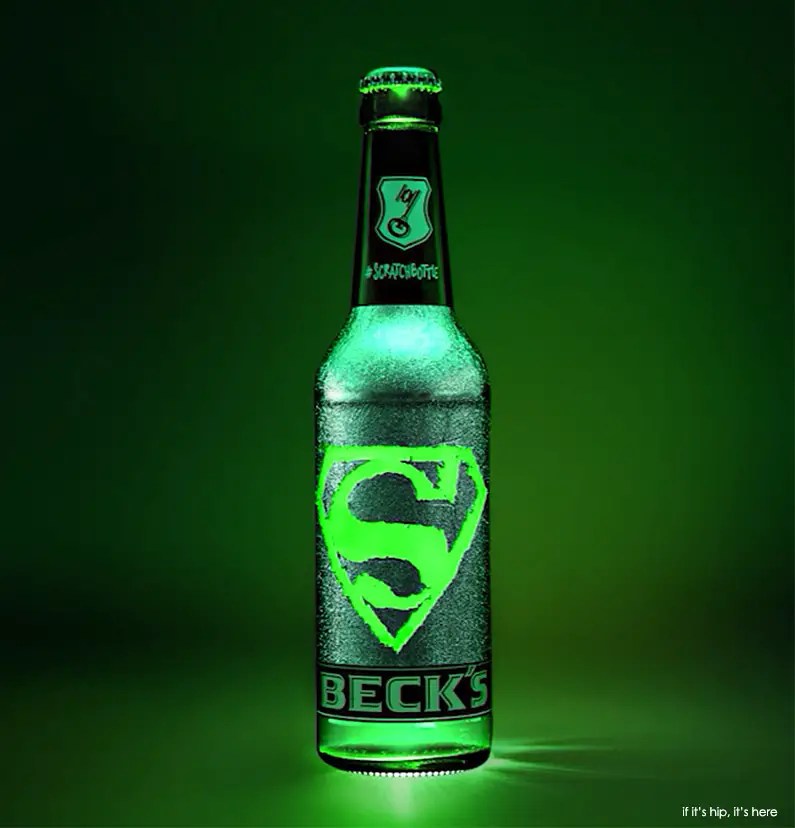 BBDO Berlin is behind this fun idea, which was inspired by the insight that people claw at the aluminum neck on beer bottles, either unconsciously or consciously. “We wanted to find a way to make Beck’s more appealing again to a younger and frequently outgoing audience,” the agency says. “It’s a party phenomenon: People like to scratch shapes into the characteristic aluminum neck of Beck’s bottles. Based on this insight, we developed an interactive and playful packaging that turned the whole bottle into an aluminum canvas.” 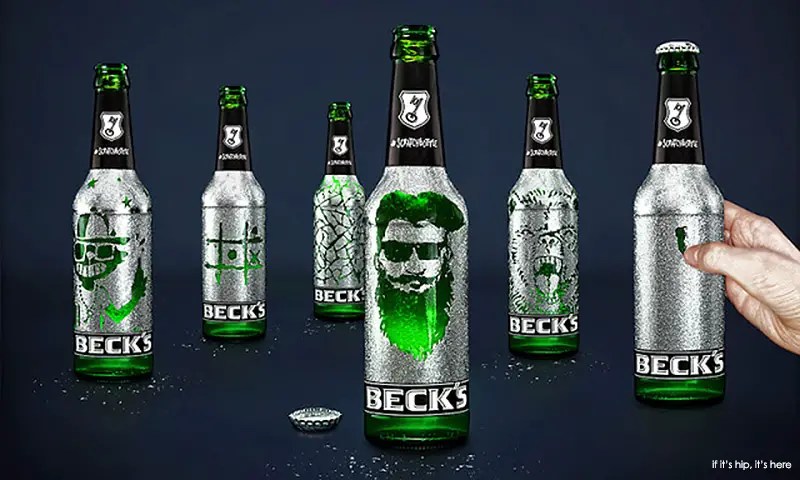 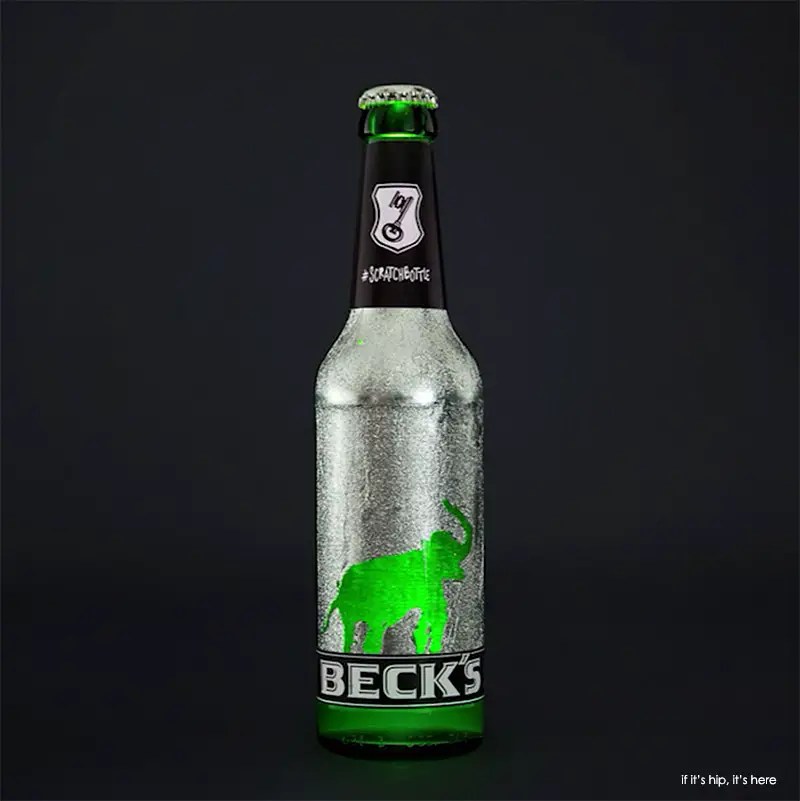 For those of you who prefer to drink beer from a glass, you’d better check out yesterday’s post

This Is Not A Toy, It’s A Fragrance. Moschino TOY by Jeremy Scott.