The creative team behind Honda’s recent smash-hit viral film ‘Hands’ is aiming for further success with a new TV advertising campaign to welcome the Civic Tourer into Honda dealerships across the UK. From the Honda Newsroom:
Honda finds the ‘Inner Beauty’ with TV campaign for all-new Civic Tourer

The campaign celebrates the idea that beauty is about much more than what appears on the surface. The creative plays to the trend in design, engineering and wider society of looks being valued over substance. The viewer is taken on a journey through various objects, including a golf ball, suitcase, chest of drawers and a guitar amp, to reveal the inner beauty of each.

It then goes on to position the new Civic Tourer as another perfect example of ‘Inner Beauty’; dynamic and sporty-looking, yet under the surface there lies practicality and function. That hidden substance includes a huge, class-leading 624 litres of boot space, secret storage compartments, concealed door handles, innovative safety features and Honda’s unique ‘Magic Seats’. 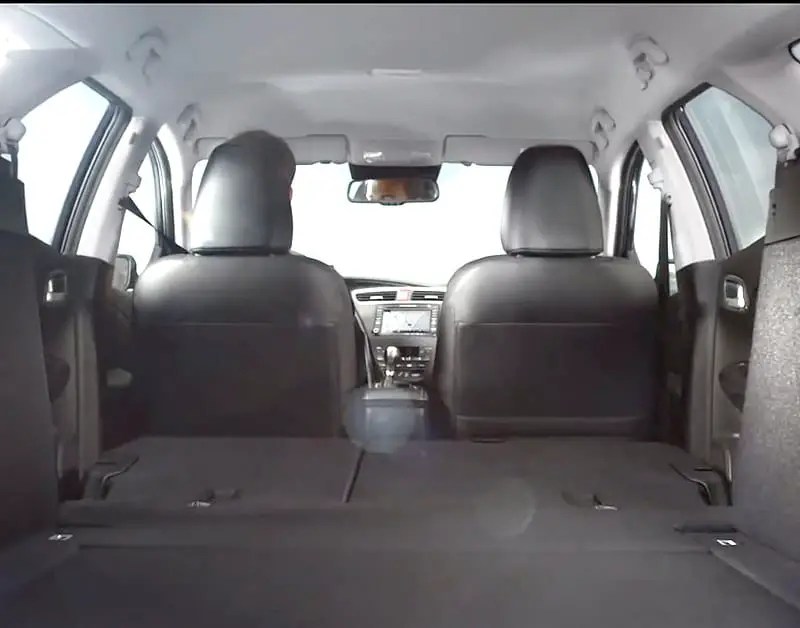 ‘Inner Beauty’ comes hot on the heels of the critically acclaimed ‘Hands’ film, which to date has received almost 10 million views and won two awards. Creative agency Wieden+Kennedy London has once again teamed up with directors Smith and Foulkes of Nexus Productions to create the new campaign.

Inner Beauty debuts as a 60-second spot on 3 February; followed by further 60- and 30-second spots on television and video-on-demand.

Olivia Dunn, Head of Marketing for Honda (UK) comments: “Take a first glance at the Civic Tourer and you see a great-looking car. This campaign takes the viewer beyond that first appearance to emphasise the balance between style and performance, and the incredible practicality that the car delivers. Once again the team behind ‘Hands’ has brought the message to life in a fresh, innovative and compelling way in line with Honda’s high standards and unique style.”

As with many Honda commercials of recent years, the creative idea for the new campaign was in part inspired by time spent interviewing Honda engineers. Adrian Killham, Chief Engineer for the new Civic Tourer spoke at length to the team behind ‘Inner Beauty’ about the considerable amount of time spent on the design of both the exterior and interior, and his hope that people would want to look deeper than what’s on the surface to discover what lies beneath.

above: Honda ‘Hands’, which won several awards, celebrates the curiosity of Honda engineers, which has led to some of the most successful Honda innovations over the past 65 years.

Scott Dungate, Creative Director at Wieden+Kennedy London, adds, “Beauty is more than just the outside. Beauty also lies inside, in how something fits together and works. We wanted to create a film that yes, showed the external beauty of the car, but also celebrated the wonder of the inside and how it works.”

To celebrate this new campaign, Honda (UK) will be running a five-day Twitter competition, launching on 3 February to coincide with the new TV adverts’ premiere. A short hypnotic loop from the ad will be Tweeted daily, each clip featuring a cleverly concealed word that relates to a great prize. Fans will need to find the hidden word and tweet it to @Honda_UK, using the hashtag #CivicTourer for the chance of win. Prizes include a camera, £743 to spend in one of the world’s most famous department stores (reflecting the car’s 74.3mpg performance) and a holiday for two. Follow @Honda_UK on Twitter for further information. Designed and developed in Europe, the British-built Civic Tourer delivers distinctive styling, class-leading utility, advanced technology and an impressive balance between fuel economy and performance. With the lightest in class and super-frugal 1.6 i-DTEC engine, the first from Honda’s next generation Earth Dreams Technology range, the 1.6 diesel version offers low running costs with a highly competitive 74.3mpg and CO2 emissions from just 99g/km. The new Civic Tourer is the world’s first production car to feature a Rear Adaptive Damper System and features an all-new suite of innovative passive and active safety systems.

The new Civic Tourer is available to order now, arriving in dealerships in February 2014, with OTR prices starting from £20,265 for the 1.8 i-VTEC S model. For further information please visit www.honda.co.uk/civictourer

A Picture Is Worth A Couple Hundred Thousand Sales. Or Not. The Best and Worst Selling Magazine Covers of 2011.