Antonio Santin is not a murderer, he’s an artist. Painting large-scale hyper-realistic images of area rugs in oils, he manipulates the shadows and patterns on the carpets to appear as though they are concealing a body underneath. 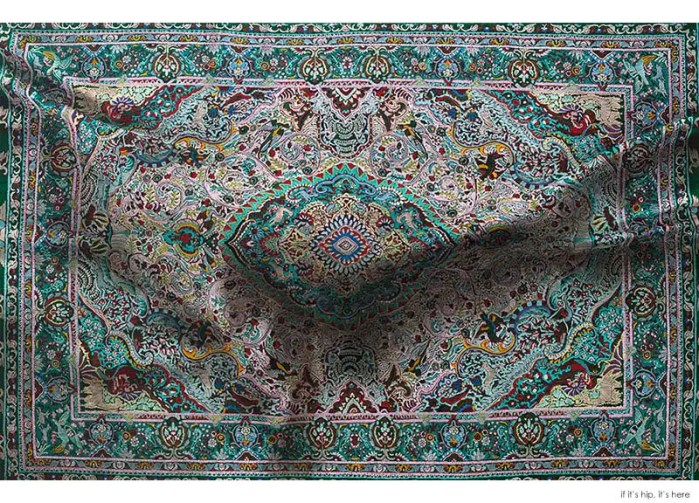 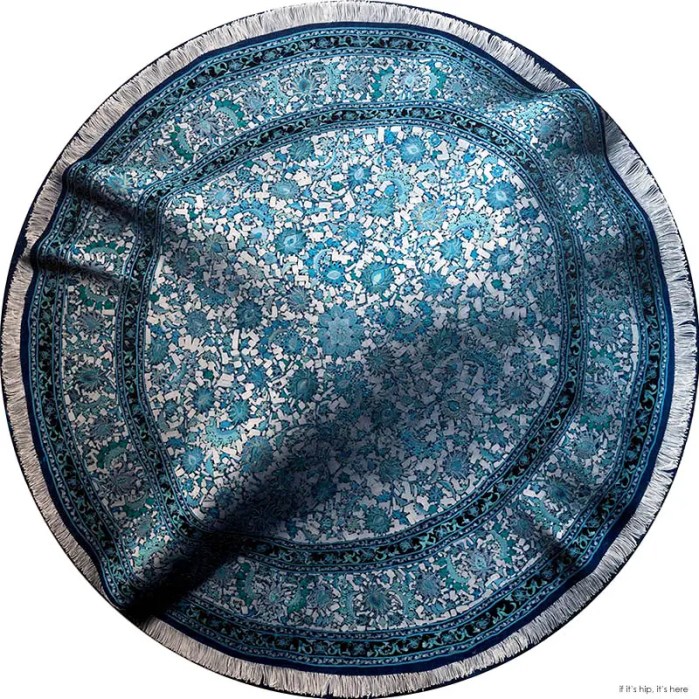 The Madrid-born New York based artist has had several group and solo exhibitions since 2007. He has been painting this ongoing series since 2011. In addition to his “Rugs” Santin also paints what he terms’ Still lives’, figures reclining atop rugs, wood floors and furniture. Below is a recent painting from his Still Lives series: 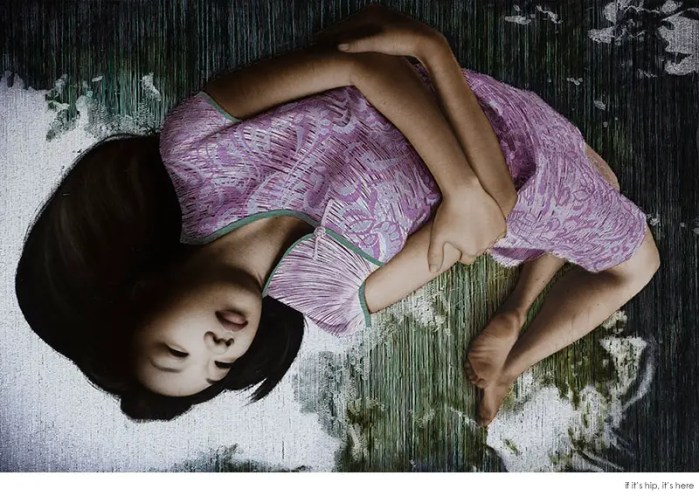 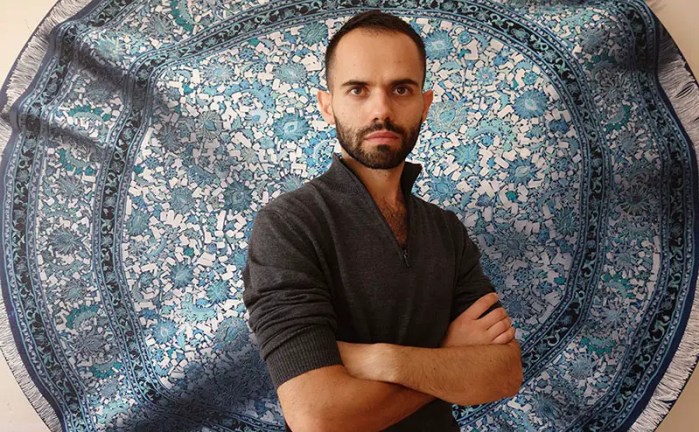 Antonio Santín was born in Madrid, Spain in 1978. He received his Degree in Fine Arts from Universidad Complutense de Madrid in 2005. He has exhibited internationally and is represented in the collections of Centre national des arts plastiques, Paris and Museu Europeu d’Art Modern, Barcelona as well as among numerous private collections worldwide. Public installations include a permanent sculpture commissioned by the city of Madrid in 2003. Antonio Santín lives and works in New York.

Santin constructs eerie, arresting compositions that simultaneously attract and unsettle in their evocative depictions of sublimated desire. He orchestrates elaborate still-lifes, manipulating both objects and the human form to construct a space he describes as “more real than reality itself.”. He creates a visceral tension between surface and space with a range of techniques that incorporate both the technical foundations of classical painting and unexpected alterations to the qualities of oil paint to re-assemble the sensory experiences of everyday life. Deeply rooted in the tradition of Spanish Tenebrism as well as his own training as a sculptor, Santin juxtaposes flattened planes with tangible forms carved by light and shadow to create a continuous perceptual dialogue in each work. The rug series evolved from his ongoing interest in the opacity of fabric as a device to obscure the body with abstract patterns and textures. Each of these works brings the background into the foreground while a discernible figure hovers beneath the surface – Melissa Passman. 2012

Two Of My Faves, Bill Murray and Architectural Models – Together!