Any diehard Angelina Jolie fan has already seen the test shots of her taken back in 1991 by celebrity photographer Harry Langdon, Jr. There are lots of them and they are easily found floating around cyberspace. So why do we bring them up now? After seeing Jolie’s recent cover and editorial shots for Vogue UK by photographer Craig McDean, we couldn’t believe how little she’s changed in thirty years and thought it would be fun to put the photos side-by-side.

It’s not surprising that a teenage Angelina would have modeling test photos taken of her by such a well-known photographer at that time. Born in Los Angeles on June 4, 1975, to mother Marcheline Bertrand and father actor Jon Voight, she grew up around and in front of cameras.

Harry Langdon, Jr. has had a long career photographing many of Tinsel Town’s leading ladies. He, too, is a Hollywood legacy. His own father, Harry Langdon, Sr. was a comedian and silent film star. A popular celebrity photographer in the 80s and 90s with a book to prove it, Langdon Jr’s work can be seen here on his website. Langdon did more than one session with Jolie, but the ones we compare to McDean’s are from her first, at age 15.

Thirty years have hardly taken a toll on the sensual and striking actress. Despite being a little more angular (those incredible cheekbones emerged from her younger, rounder face over time), the now 45 year old looks remarkably like her 15 year old self. Sure, there’s makeup, airbrushing and retouching, but come on… no amount of that can change the fact that she’s aged like very few.

Especially given that she does a hell of a lot more than act and raise her six children. An actress, director, author and avid activist and humanitarian, Angelina Jolie also spent almost two decades working with the United Nations High Commissioner for Refugees.

Thirty years later she’s in the same physical shape, wears her hair the same and she’s not had any plastic surgery. You can see she had those fabulous pouty lips even then.

The images for the Vogue UK March issue were photographed in Jolie’s own Los Angeles home, formerly the estate of Cecil B DeMille.

And now the side-by-side comparisons: 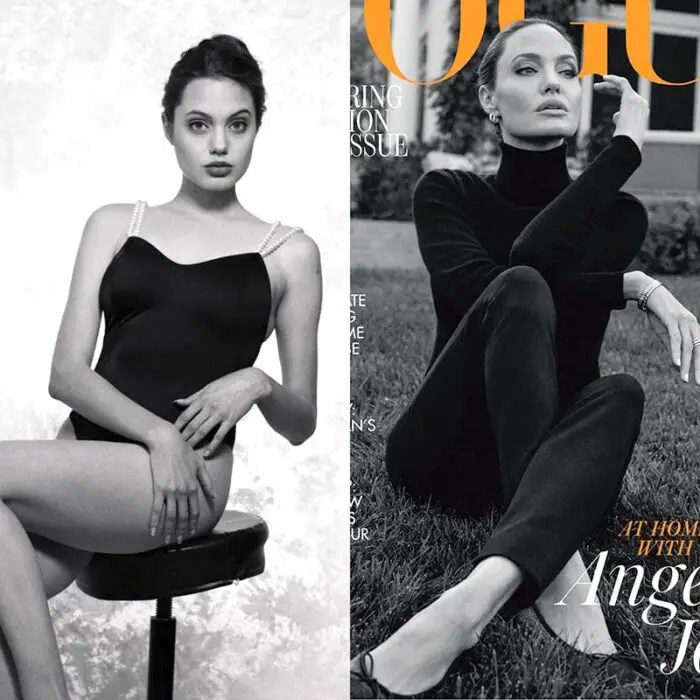 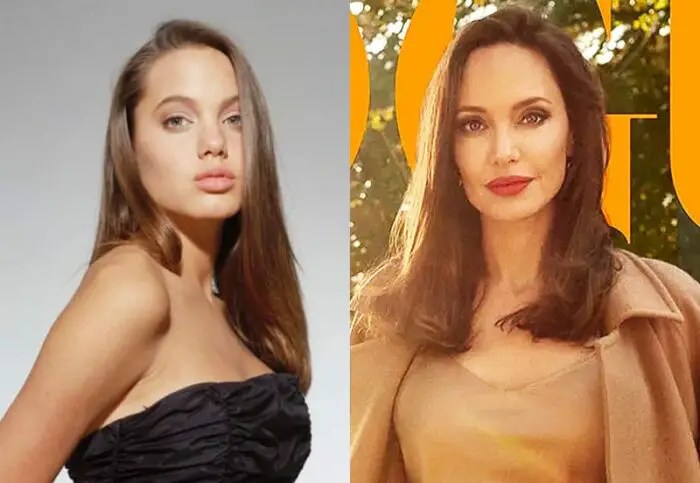 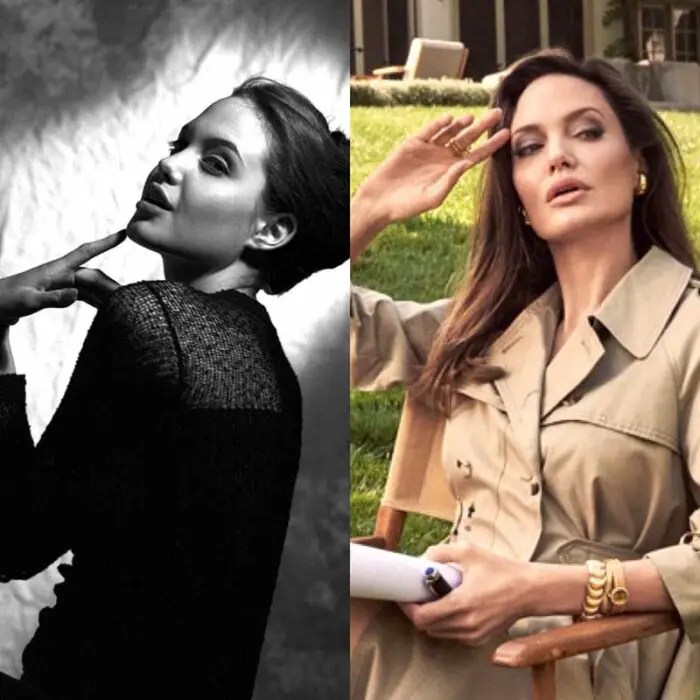 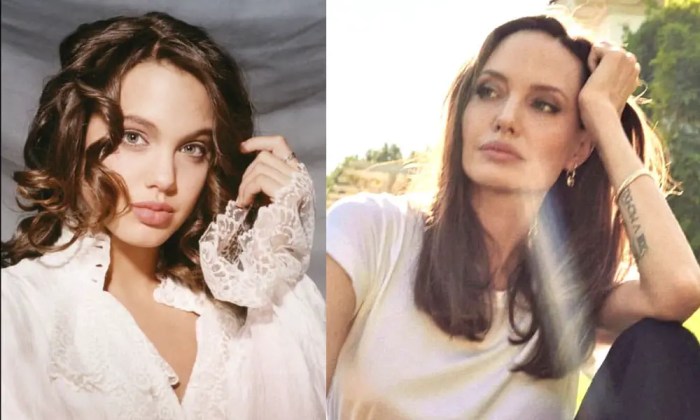 And there you have it, your fill of enduring beauty for the day.

Thank you to Harry Langdon, Jr., Craig McDean and Vogue UK for the photos.

Joan Rivers – So Much More Than Just A Pretty [Altered] Face. 40+ Photos.