We were excited when we heard that Japan’s Ana Airlines was coming out with an official Lucas film endorsed R2D2 Jet, but that was only the beginning of the ANA Star Wars Project. Now the highly respected Japanese airline has branded four planes, inside and out, added matching Kid’s airport lounges and launched a new commercial for the co-branded jets.

The ANA Star Wars Project has three fully decorated jets in the likenesses of Star Wars’ R2-D2, C-3PO and BB-8 as well as the STAR WARS™ ANA Jets which are smaller, less embellished aircrafts. Inside head rests, paper cups and napkins as well as the attendants aprons are branded with the Star Wars character imagery and all nine STAR WARS movies including the latest, STAR WARS: THE LAST JEDI, are featured together in ANA’s inflight movie lineup. 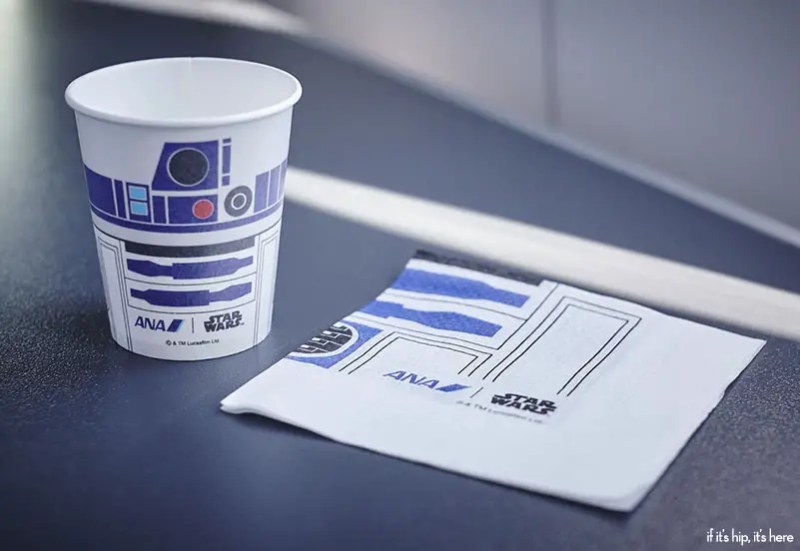 The R2-D2™ ANA JET is employed on the routes listed below. For operational reasons the route the JET flies on changes daily and is only fixed on the day of each flight. 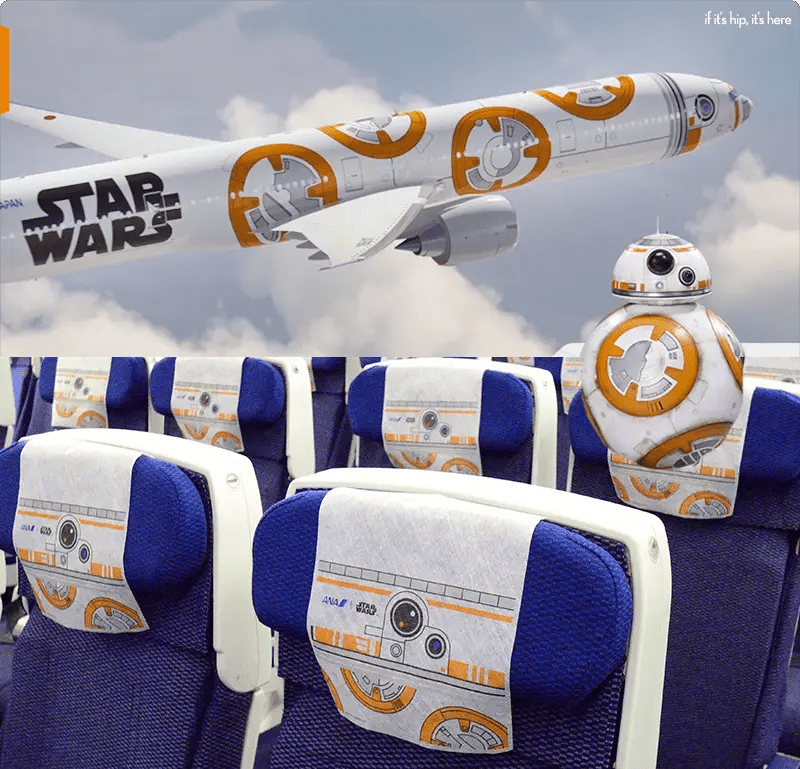 The BB-8™ ANA JET is employed on the routes listed below. For operational reasons the route the JET flies on changes daily and is only fixed on the day of each flight. 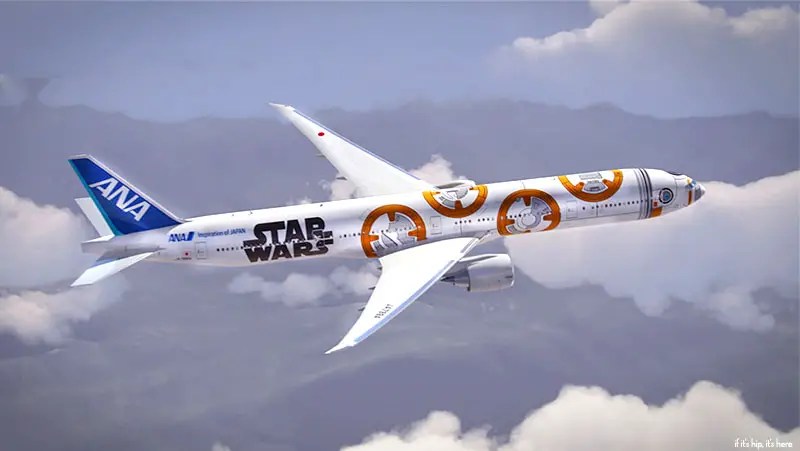 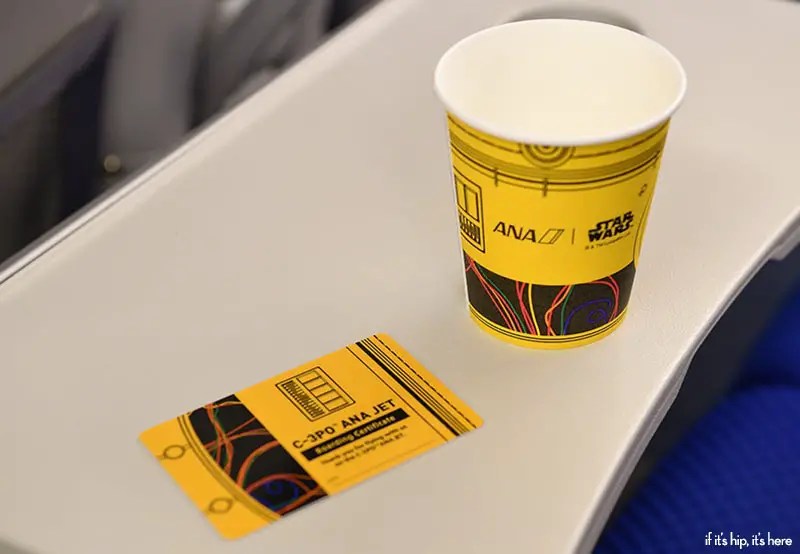 The C-3PO™ ANA JET will be operated on various Japan domestic routes, mostly between Tokyo/HANEDA and local cities. The routes that the C-3PO™ JET will be flying are not decided upon until the day of operation, thus they sincerely ask you to refrain from contacting their call center for any further information. 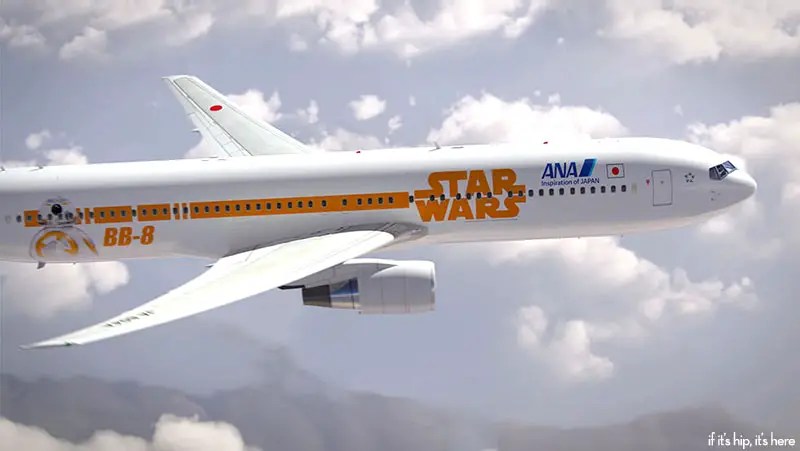 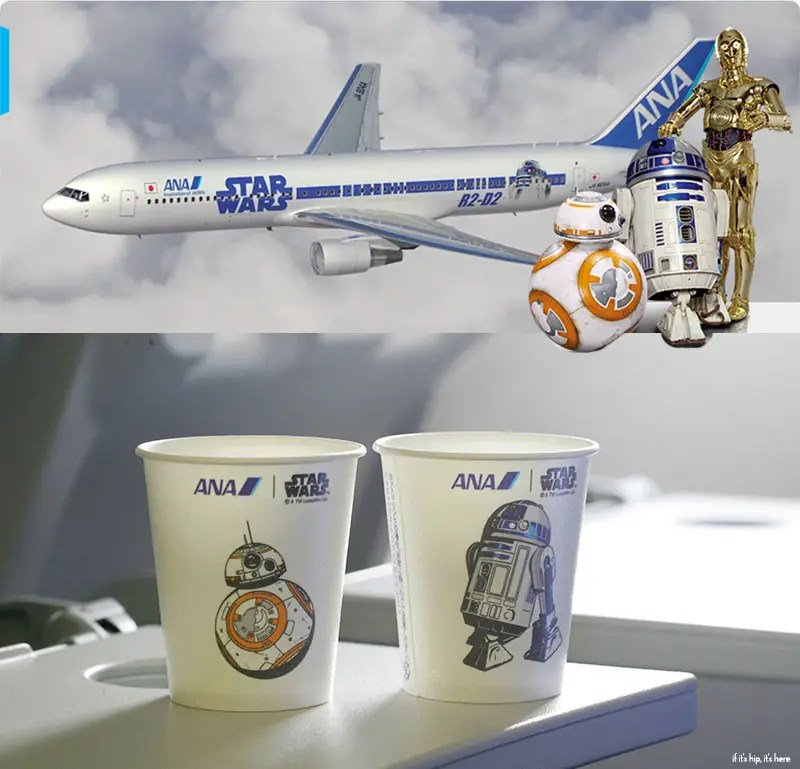 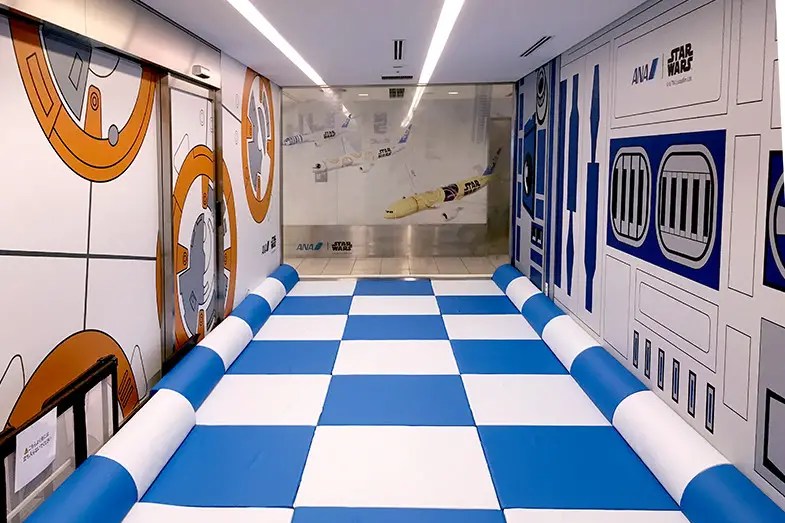 The design of the kids lounge is based on the STAR WARS™ themed aircraft, R2-D2™ ANA JET, BB-8™ ANA JET and C-3PO™ ANA JET, that are popular among young children. In the LOUNGE, there is a slide, bench cushions, picture books and other items. The floor is covered with cushion mats to let young children play freely in a safe environment.

all information and imagery courtesy of ANA