` Amy: A Short Film About How Hurt People Hurt People
Skip to content 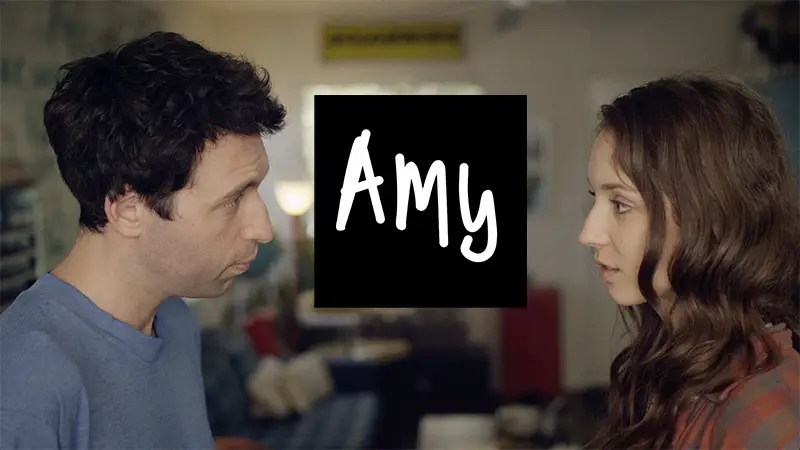 A pair of ex-lovers bump into one another in a Los Angeles neighborhood and spend a spontaneous afternoon together. The 13 minute drama Amy, starring Alex Karpovsky and Troian Bellisario,  premiered at Palm Springs International ShortFest 2015.  Shifting balances of power, verbal sparring, undeniable attraction, familiarity, guilt, pain and revenge come into play as the two catch up on the years since they were last together. Tender tinged with malice, the film does not need to go into detail about their backstory. It’s evident through their dialogue and guarded behavior that all did not end well, with the subtext of lingering feelings – both desire and anger- bubbling just beneath the surface. “I wanted to make a film about how hurt people hurt people.” – Jacob Chase The realistic and sophisticated short was shot in two days and features strong performances by both Karpovsky and Bellisario. above: poster by Sarah Ferber

Getting some positive recognition, it’s been selected as Short of The Week and a Vimeo Staff Pick.