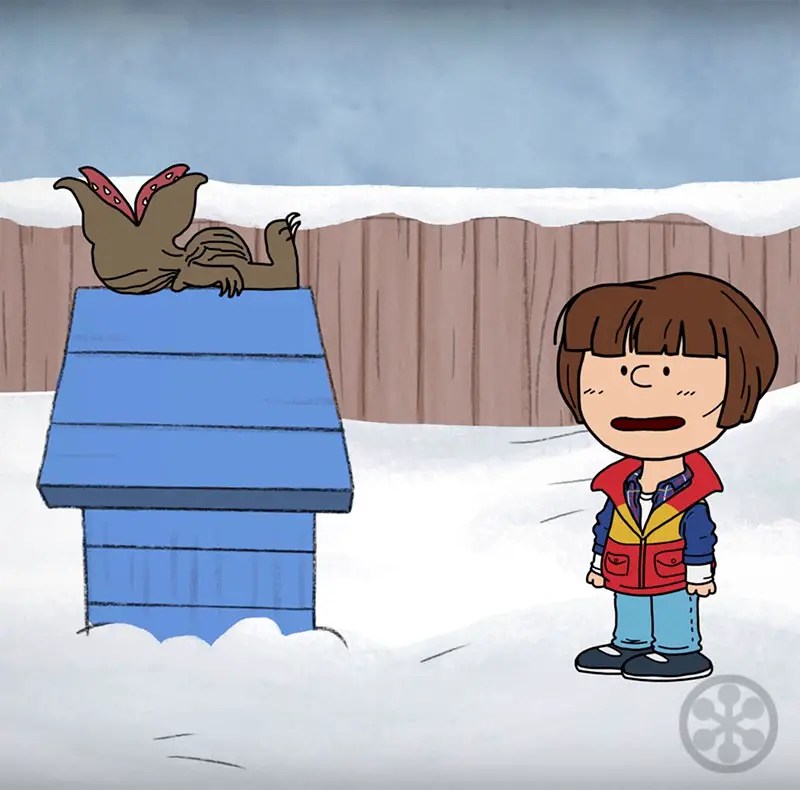 Trending for the past two days is A Stranger Things

Christmas, a pop culture mashup by Leigh Lahav & Oren Mendez. They’ve taken the characters from the world of Stranger Things, animated them in the style of Charles Schultz

For those few who don’t know, Stranger Things is a television-format series created by the Duffer Brothers. It was released as a Netflix original series premiering on July 15, 2016. The show takes place in Indiana in 1983 for the first (and second) season and largely focuses on the disappearance of Will Byers.

In this animated mashup, A Stranger Things Christmas, main character Will Byers from the popular Netflix sci-fi series returns home from the upside down, but can’t seem to shake off that traumatic experience: