` Flower By Kenzo Celebrates 20 Years With A Limited Edition Bottle Design - If It's Hip, It's Here
Skip to content 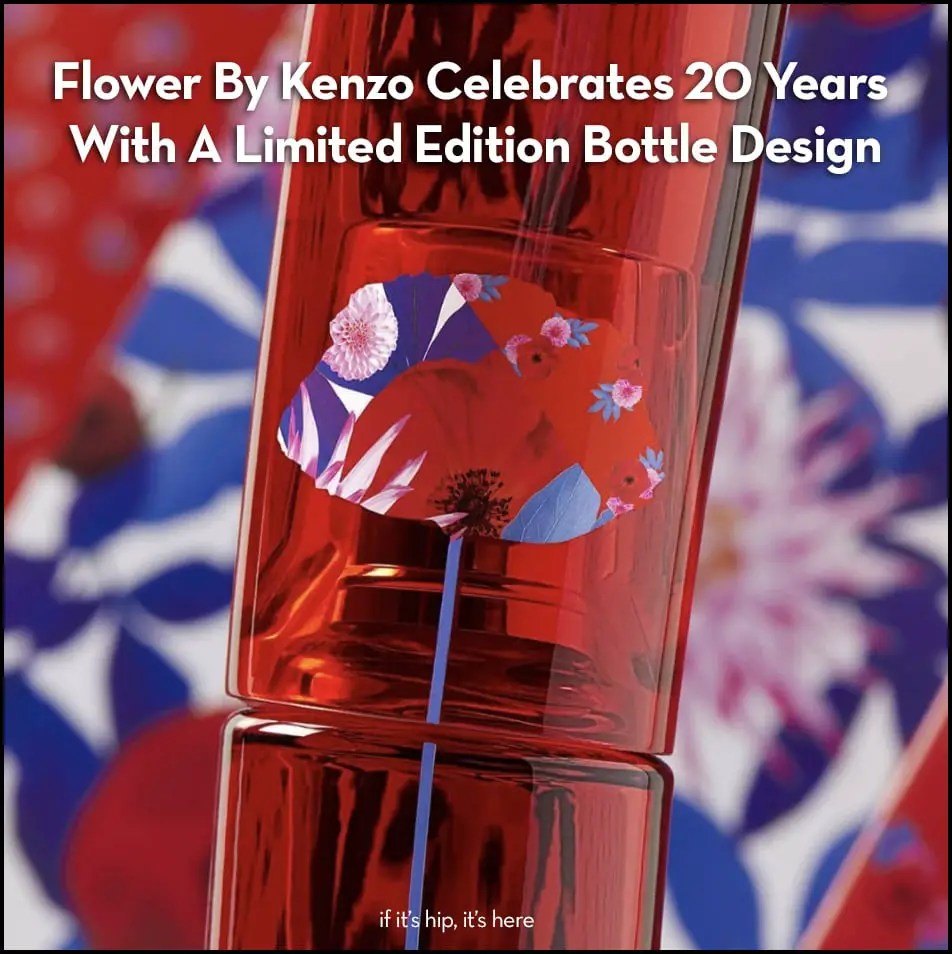 A best-selling perfume in one of the coolest bottles ever designed for a fragrance is celebrating its 20 year anniversary with a new take on the original bottle design and a floral print box in tribute to its Japanese roots. Flower By Kenzo eau de parfum created by master perfumer Alberto Morillas is marking the celebratory anniversary with this limited edition. A best-seller by Kenzo Parfums since its launch in 2000, Flower By Kenzo eau de parfum is celebrating its 20th anniversary. To mark the occasion, the fragrance is decked out in a new bottle and a floral print box in tribute to its Japanese roots. The iconic fragrance remains unchanged.

The original Serge Mansau bottle design for Kenzo’s fragrance was described as “A poppy has come to the city and embraced it. Erect in its slender, see-through bottle, the poppy has curved the glass, the way flowers can. It blossoms out in three steps, 30, 50 and 100 ml, each corresponding to a stage of the flower’s unfolding.”

The new Flower By Kenzo is inspired by the traditional Japanese Seijin No Hi ceremony, which takes place on the second Monday of January each year. Young women of the archipelago wear kimonos embellished with flowers to celebrate turning 20 and becoming adults. For its 20th anniversary, the iconic eau de parfum also dons its most beautiful furisode, a kimono with very long sleeves. The intense red bottle is crossed by a blue line, joined by colorful, floral motifs. 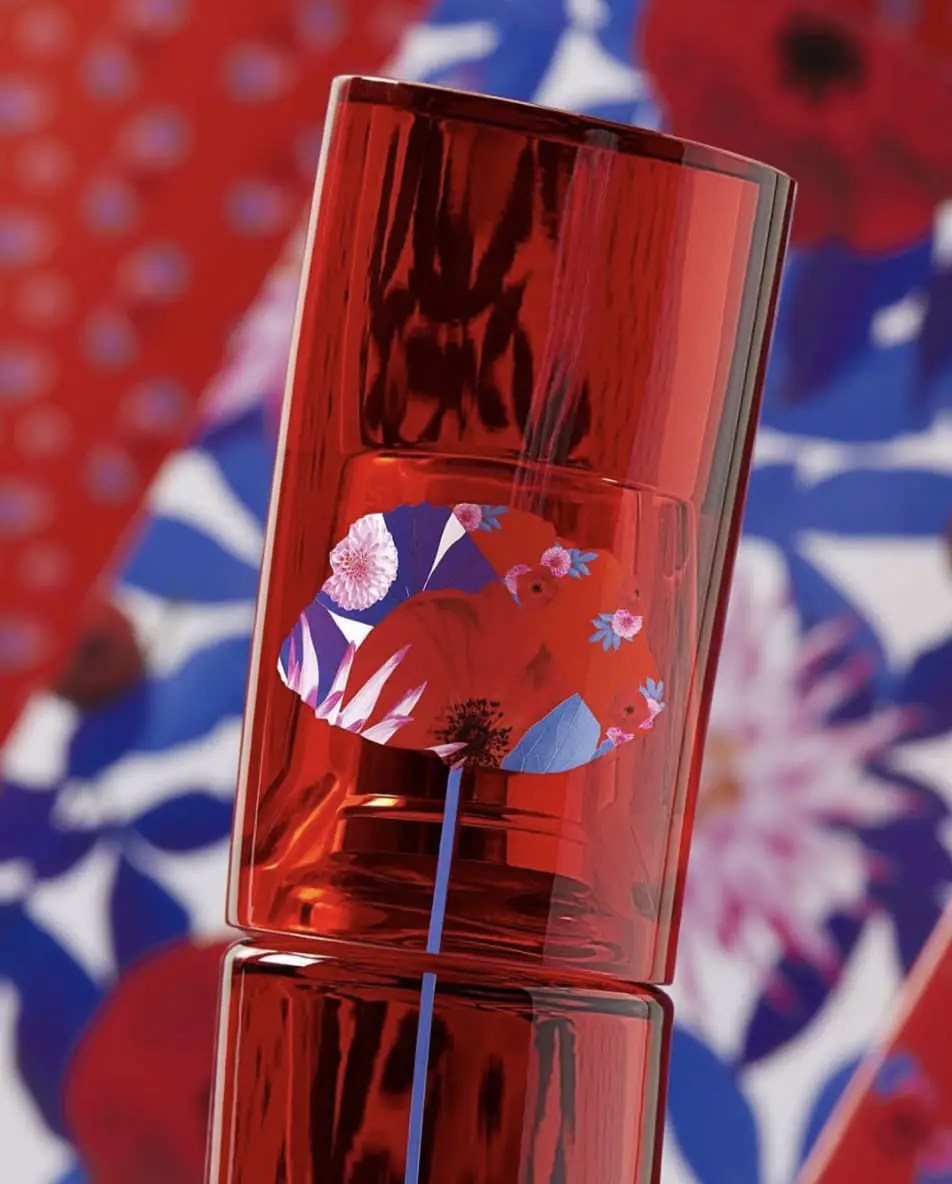 The one and only FLOWER BY KENZO fragrance, born as a challenge: imagining the scent of the poppy without smell, a feat performed by Alberto Morillas 20 years ago. This desire for a challenge, embodied by the fragrance resonates just as much through the equally iconic FLOWER BY KENZO bottle. 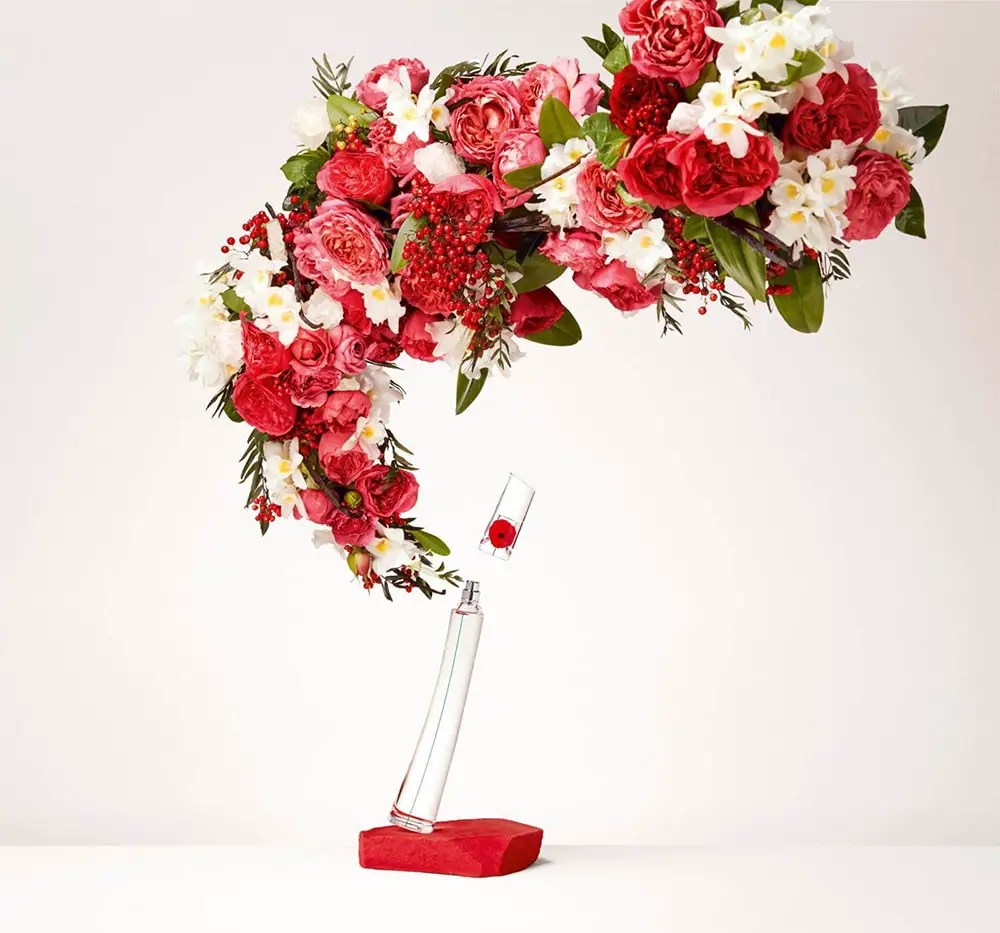 For 20 years now, this timeless bottle has established itself as mythical, vector of the symbolism carried by its emblematic flower. True hymn to peace, the poppy is historically more than a symbol. Year after year, the poppy, fragile, unique, as innocent as it is insolent, has represented the identity of Kenzo Parfums’ house, by diffusing its bottle and the fragrance it contains. 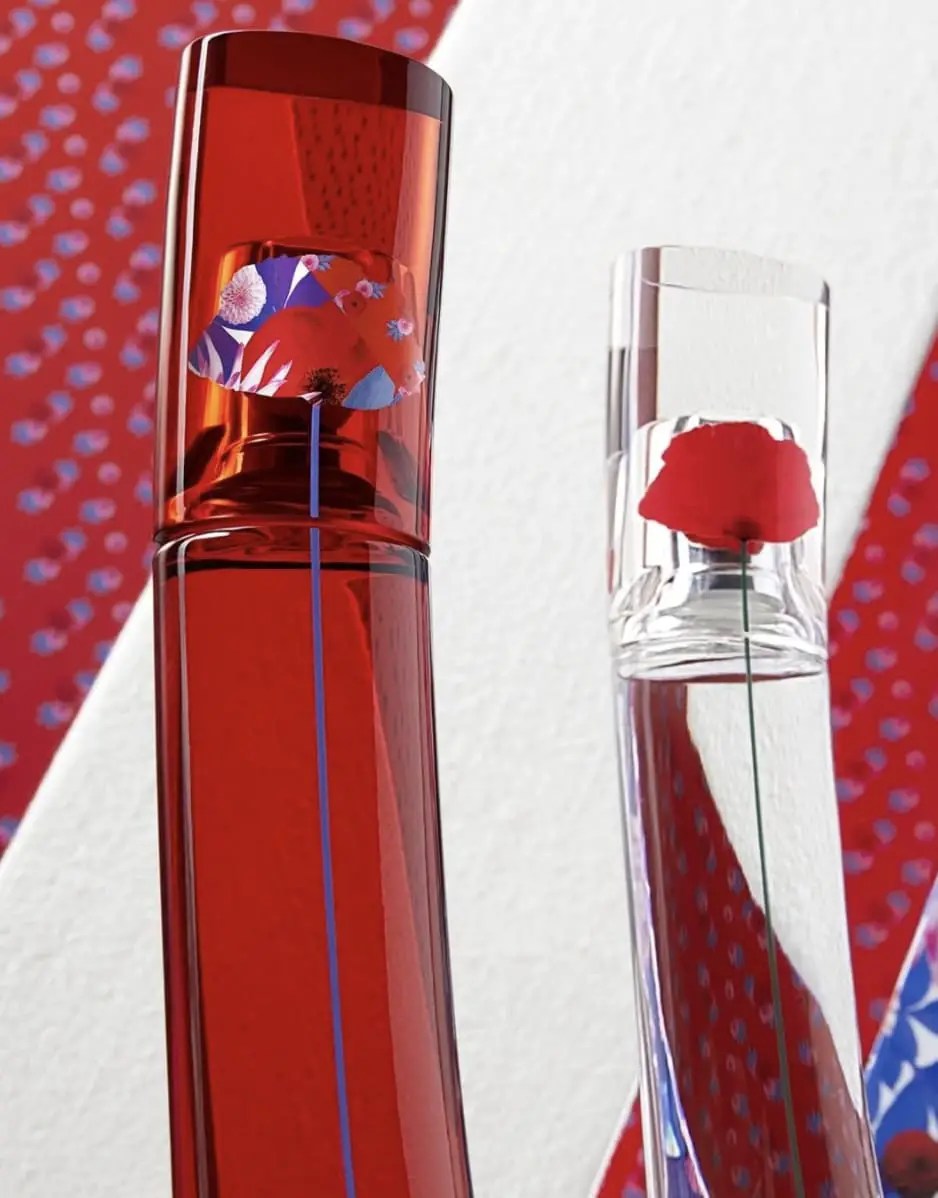 Every cult fragrance has a story, and that of Flower By Kenzo eau de parfum has for two decades been intimately linked to the evocative power of a flower, the poppy, the symbol of a fragrance that embodies softness, simplicity and joy. Flower By Kenzo was conceived as a fusion between nature and the city. 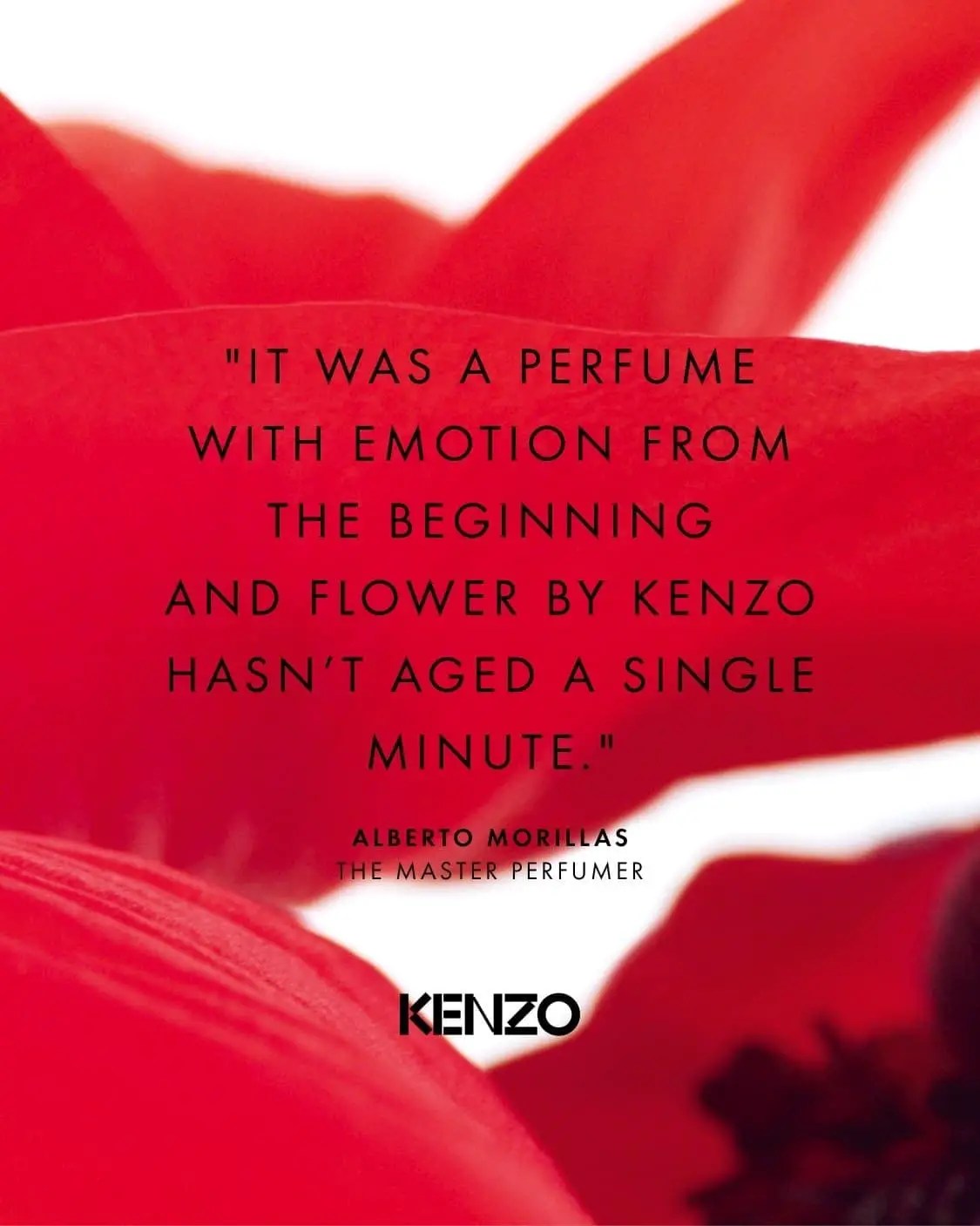 This message has been expressed since the launch in ad campaigns that poetically stage fields of poppies that bloom freely in the heart of the city, as well as delicate red petals floating down from the sky…. The spots have been joined by festive events across the globe, heralding the concept behind a fragrance that has won over the world. Between 2001 and 2009, 1,385,000 poppies were sown in Singapore, Milan, Vienna, Mexico City, Dubai, London, Moscow and Johannesburg. Look for the 20th anniversary edition of Flower By Kenzo where fine fragrances are sold.