` 2019 Wildlife Photographer of the Year - If It's Hip, It's Here
Skip to content 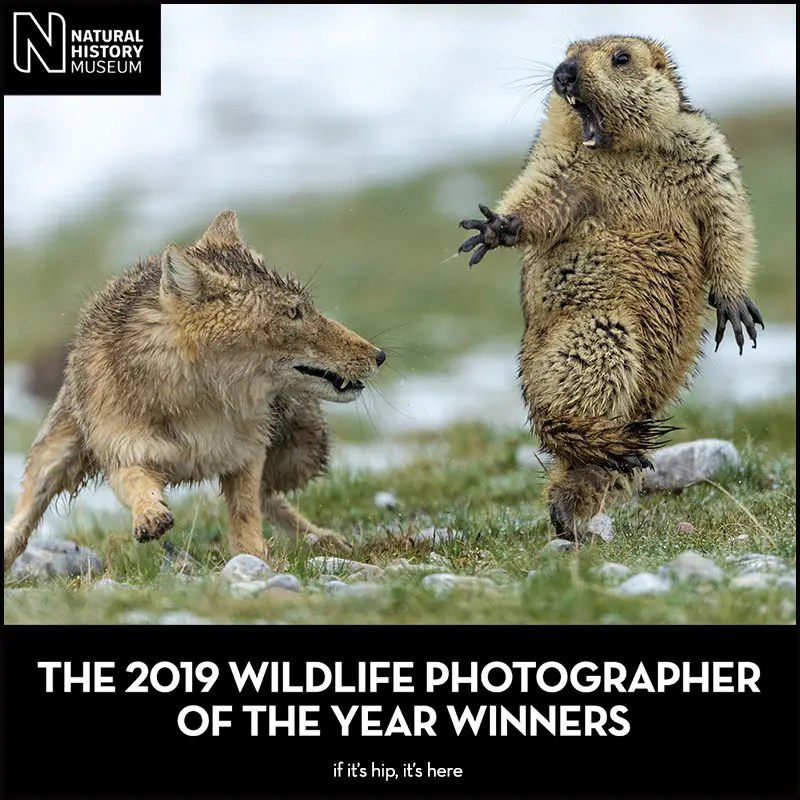 Once again, London’s Natural History Museum has honored the top Wildlife Photographers of the Year with their winning picks in several categories ranging from animal behavior to underwater photography. In addition to the winners, selected from over 48,000 entries from 100 countries, they have recognized several “highly commended” photographs as well.

2019 Wildlife Photographer of the Year Winners

Here are the winning photos in each category.

Grand Title
The largest honor went to Yongqing Bao for this picture of a standoff between a Tibetan fox and a marmot, captured at China’s Qilian Mountains National Nature Reserve. The image was awarded the grand title in the 2019 Wildlife Photographer of the Year competition. 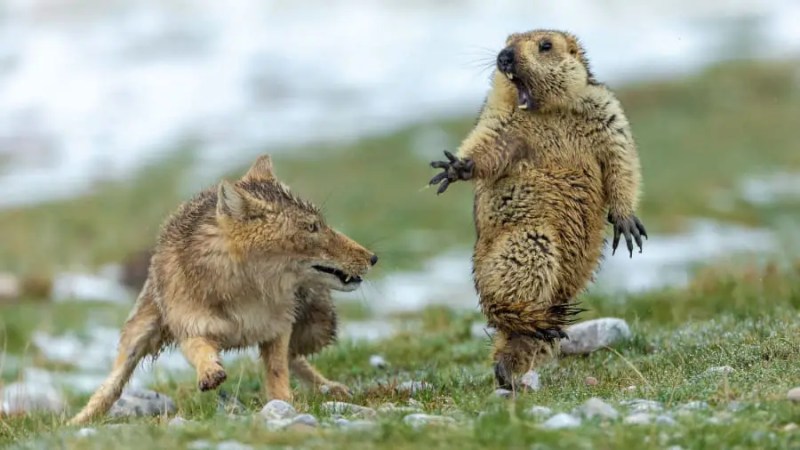 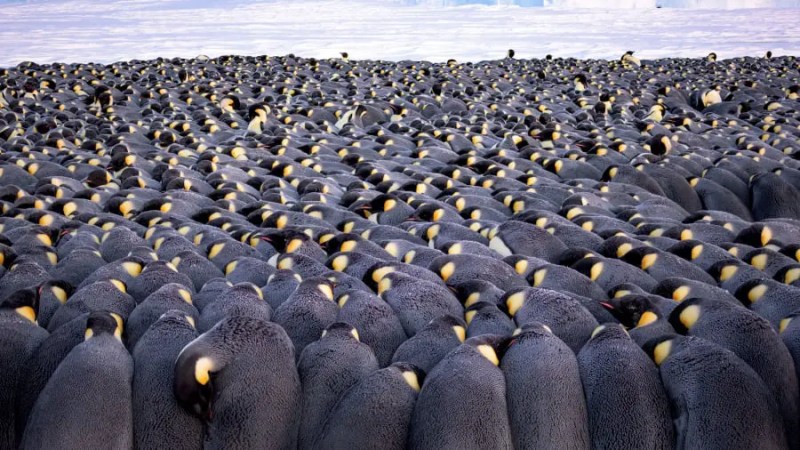 Animals in their environment.
Chinese photographer Shangzhen Fan won this category for his photo of a herd of Tibetan antelope leaving a trail of footprints in the snow, on the slopes of China’s Kumukuli Desert. 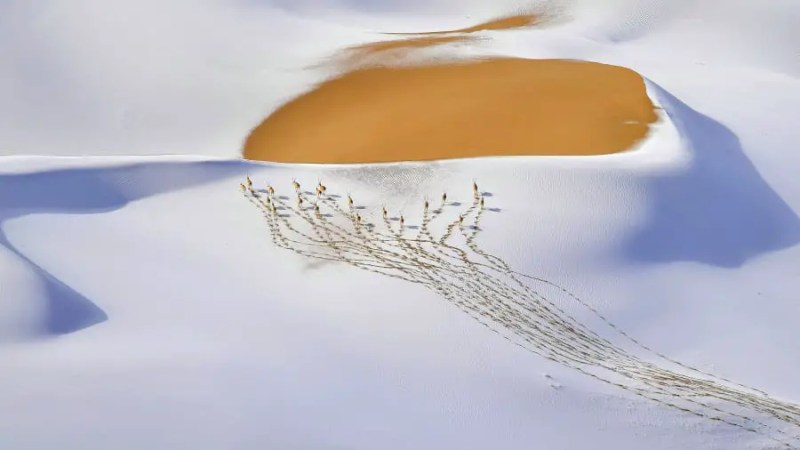 Animal portraits.
Ripan Biswas was photographing an ant colony in West Bengal, India, when he noticed this imposter — a crab spider, which had been mimicking his neighbors in order to infiltrate the colony and eventually feast on its inhabitants. 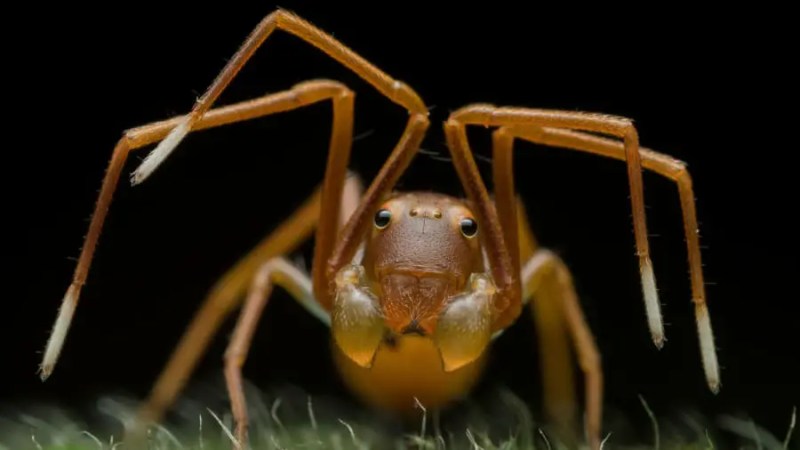 Plants and fungi.
The arms of a Monterey cypress tree twist and weave outwards in California’s Point Lobos State Natural Reserve, in a picture taken by Zorica Kovacevic. 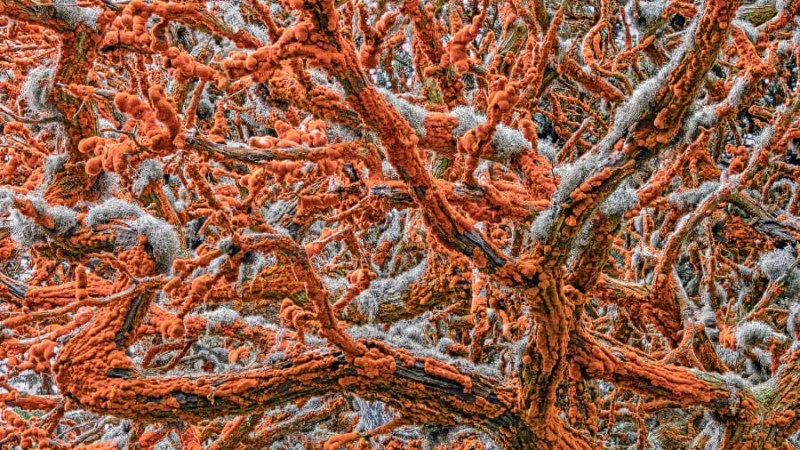 Black and white.
Max Waugh took this picture of a lone American bison in Yellowstone National Park, during a brutal snowfall. Behavior: Birds.
Audun Rikardsen bolted a camera and tripod, complete with a motion sensor, to a tree branch near his home in Norway. It took three years for this golden eagle to get used to the camera and start using the branch to survey the landscape below. Behaviour: Amphibians and Reptiles.
Manuel Plaickner’s photo shows a mass migration of frogs at a pond in South Tyrol, Italy. 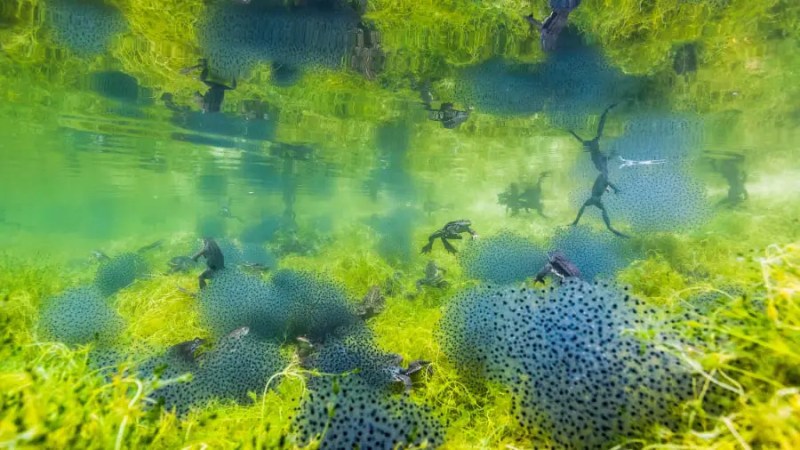 Underwater.
David Doubilet caught this colony of garden eels, which stretched nearly to the size of a football field, deep within the famous “Coral Triangle” off the coast of the Philippines. 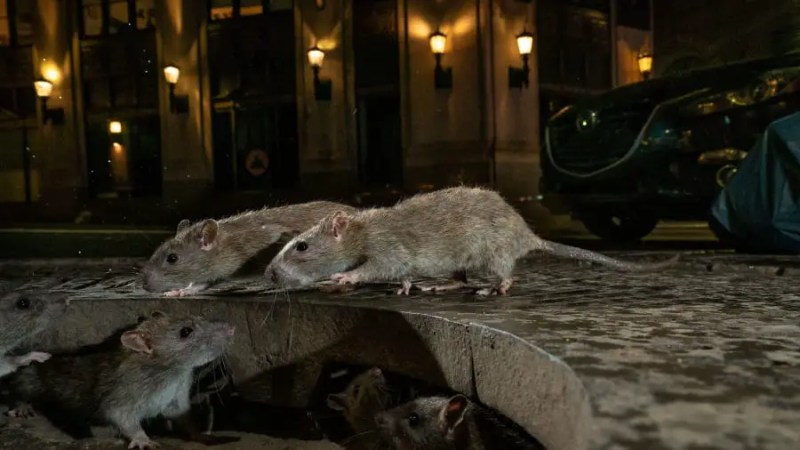 Wildlife Photojournalism: Single Image.
A photo of a male jaguar is projected onto a part of the US-Mexico border fence, on a star-filled night in Arizona. The moment was captured by Alejandro Prieto. 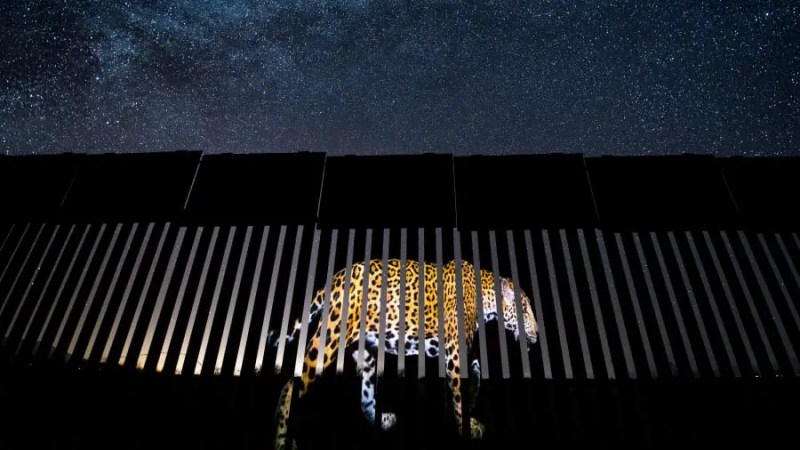 Earth’s Environments.
Lava flows into the Pacific Ocean following an eruption of Kîlauea, an active volanco on Hawaii’s Big Island. This aerial image was taken by Luis Vilariño Lopez. Wildlife Photojournalist Story Award.
Riku, a Japanese macaque legally captured in the wild, has performed comedy skits three times a day to audiences at the Nikkō Saru Gundan theatre, north of Tokyo. Jasper Doest, who gained permission to photograph one of Riku’s shows, was appalled that such creatures were exploited for comedy. 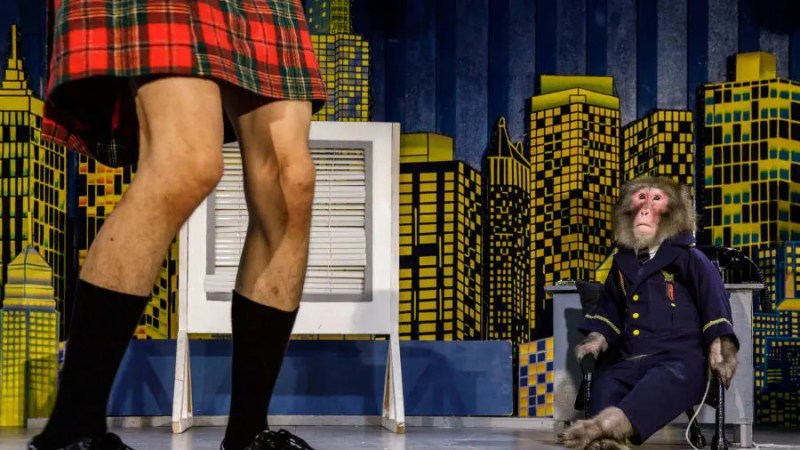 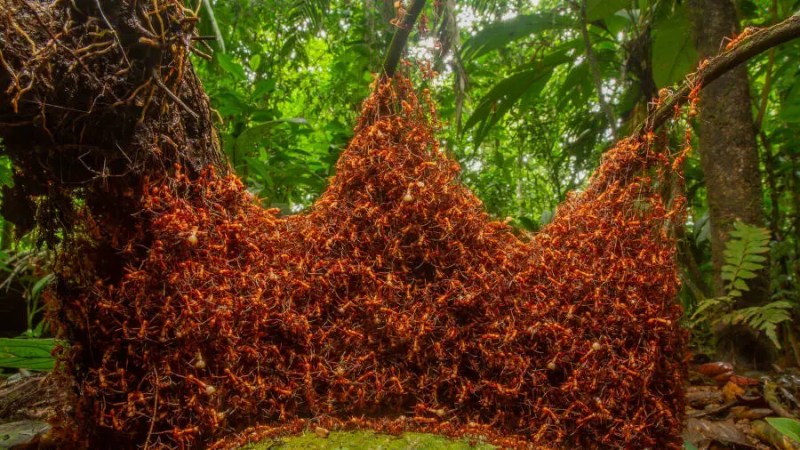 10 years old and younger.
Young photographer Thomas Easterbrook took this remarkable picture of a hummingbird hawkmoth while on holiday with his family in France. 11-14 years old.
Cruz Erdmann was diving off Indonesia when he came across a big fin reef squid glowing underwater. Be sure to see all of the highly commended photographs as well as the winners here.

For keen photographers, the next Wildlife Photographer of the Year competition opens for entries on Monday 21 October. Visit here for more details.

all images and information courtesy of the London Natural History Museum

More Beautiful Wildlife Moms and Their Babies for Mother’s Day