We are fortunate enough to have the savvy and beautiful automotive writer Lyn Woodward provide us with more car insight this year. Last she educated us about the history of the Citroen and now she ushers us into the future with her personal driving experience and review of the 2018 smart fortwo cabrio.

Raindrops On Roses and Gumdrops on Wheels: The 2018 smart fortwo cabrio by Lyn Woodward 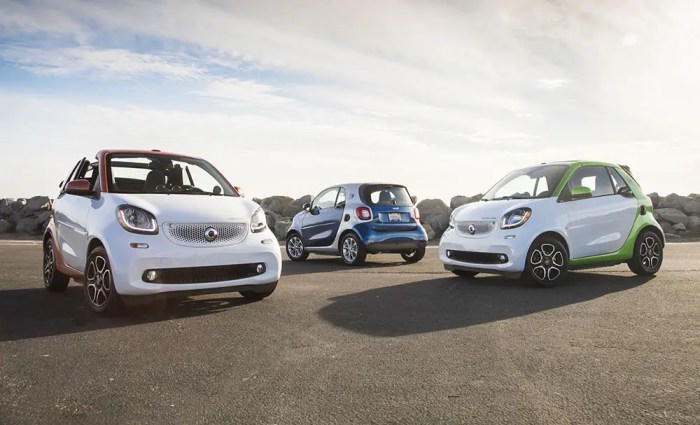 There are more not-so-smart things about the 2018 smart fortwo electric drive cabrio than there are smart ones. Its 57-mile range is the lowest of all its competitors. It’s motor is woefully underpowered, so makes driving on the freeway in any traffic scarier than a Kardashian without makeup. And if you need to put anything in the truck, it better not be bigger than a Snickers. But there’s something inexplicably fun about driving a car that makes life look like a half animation/half live-action movie. If you own a smart cabrio and it ever goes missing, talk to the police in Toon Town, because it’s a safe bet Roger Rabbit stole it. The first EV convertible in its class, this is the car you buzz around town in. It’s also a perfect shopping car because you won’t be able to haul too much stuff, which is good because this bright accessory will set you back a minimum of $28,850. Inside there’s not a ton of space for much besides your best friend, and she better not bring her Birkin. But with the top fully down, I could think of worse ways to zip around a city such as San Diego, like on one of those gravity and intelligence defying hover boards.

The smart fortwo’s 7-inch touchscreen is compatible with both iPhone or Android and connects to smartphone apps like Apple Car Play and Android Auto. Do me a favor and test which battery lasts longer, your smartphone or your smart fortwo. I’m dying to know. 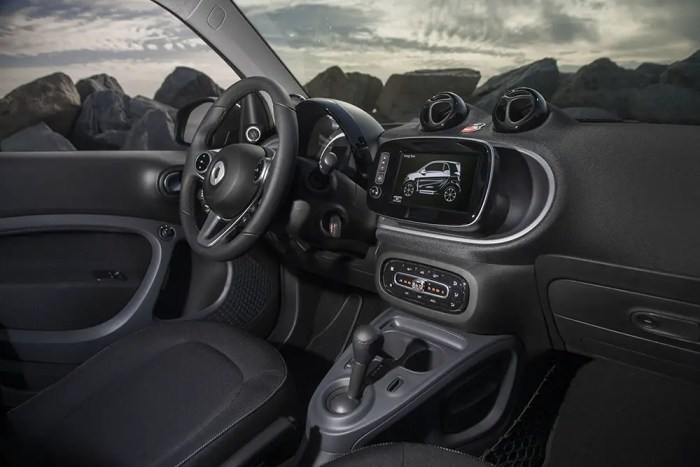 Is there a parking spot across the street and on-coming traffic heading your way? No prob. The best part of the fortwo cabrio is its turning radius. If driving in circles while getting tan was an Olympic sport, this would be the gold medal winner. That parking spot is so yours. Somehow designers have managed to cram six air bags into the reinforced frame and have set up the silent motor with sound warning pedestrians you’re sneaking up on them. There’s also a feature called crosswind assist that gently applies the brakes on the gusty side of the car so it doesn’t tip over. Smart. 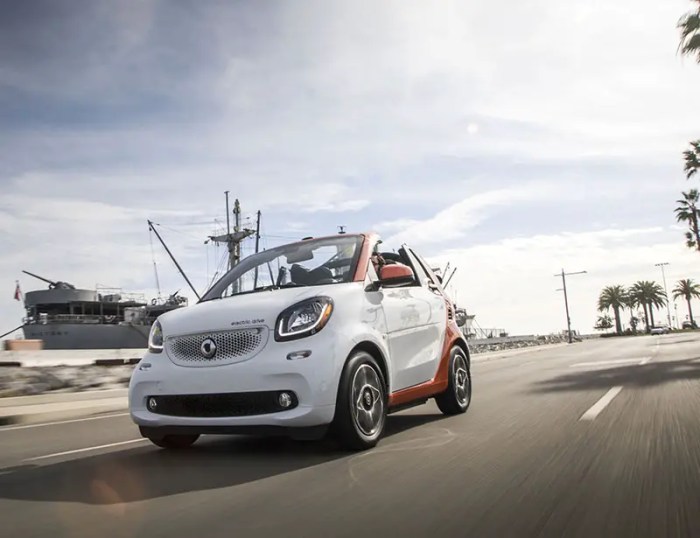 It’s likely that if you’re in the market for one of these Mr. Peanut mobiles it won’t be your only car. Going over the hill and through the woods to Grandma’s house might not be an issue, but getting back could be if she lives even one county over. 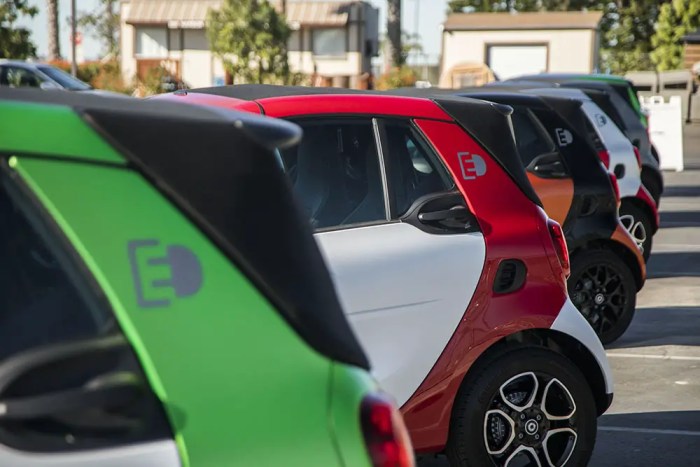 But driving this wheeled half-pint just might make you feel as happy as that little girl on YouTube drifting her pink Barbie car. Even if hers probably has better range. Maybe all our decisions don’t have to be smart. 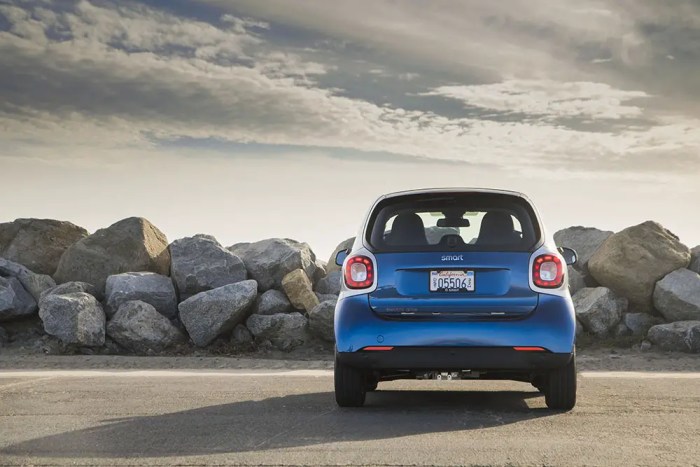