Japanese designer Yohji Yamamoto has just unveiled his 2018 SS Mens Collection in Paris at Fashion Week. Despite being a collection for men to wear, women appeared on the catwalk – on his clothes. Artist Suzume Uchida collaborated with the designer for several pieces and 1930’s-like vintage illustrations of women embellished jackets and t-shirts

Much of Yohji Yamamoto’s 2018 SS Menswear collection features the faces of women. On t-shirts, coats and more. But rather than a tribute to them, Vogue reports that the designer claims “I wanted to say women are terrible, scary.” And he manages to achieve that on the pieces featuring the haunting imagery of artist Suzume Uchida.

Suzume Uchida graduated from the Department of Art and Design, University of Tsukuba. With delicate touches of pencil, japanese ink, watercolors and oil paints, her works have a unique transparency. Light and shadow coexist in her paintings and drawings, which are drawn by facing herself.

Below are images from the Paris Fashion Week runway show, side by side with the original paintings and drawings by Suzume Uchida that were appropriated for the fashions. 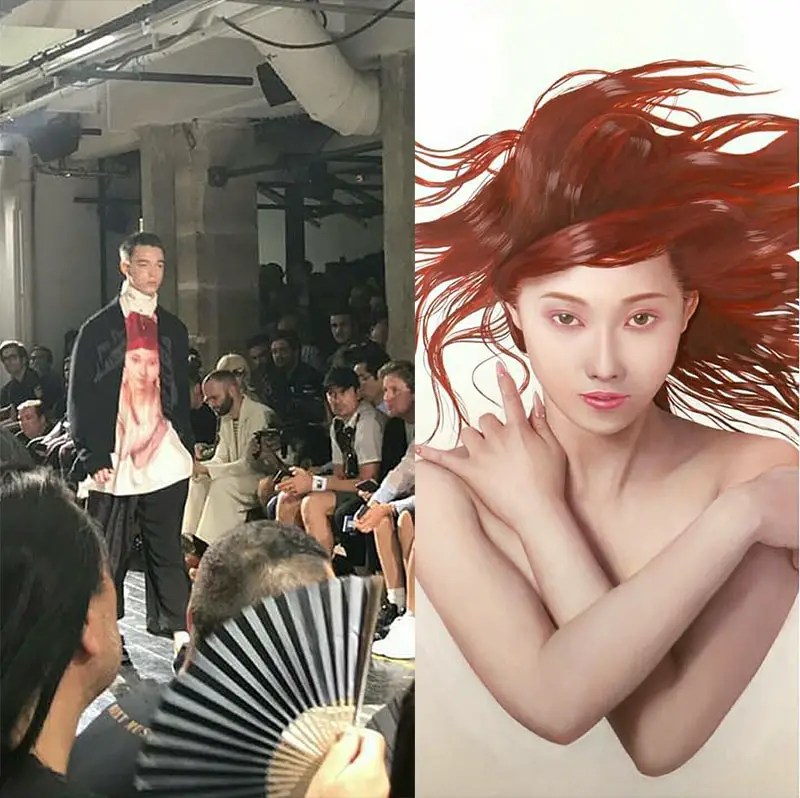 In contrast, his colorful biker jackets with illustrated depictions of 36 year old actress Eiko Koike in the collection are anything but dark and macabre. It doesn’t matter if you know of the Japanese actress to appreciate them. Vintage style illustrations (I do not know the artist) of the actress embellish the backsides of the six colored biker jackets and they are awesome. 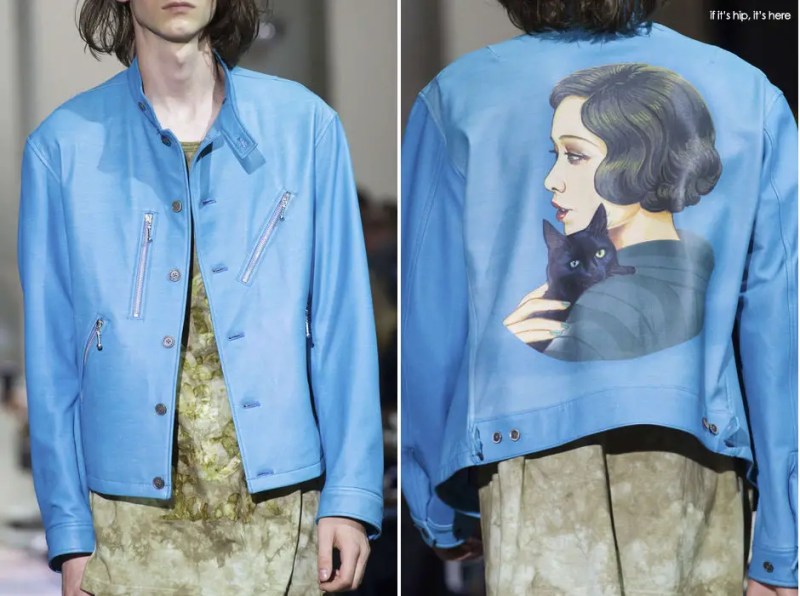 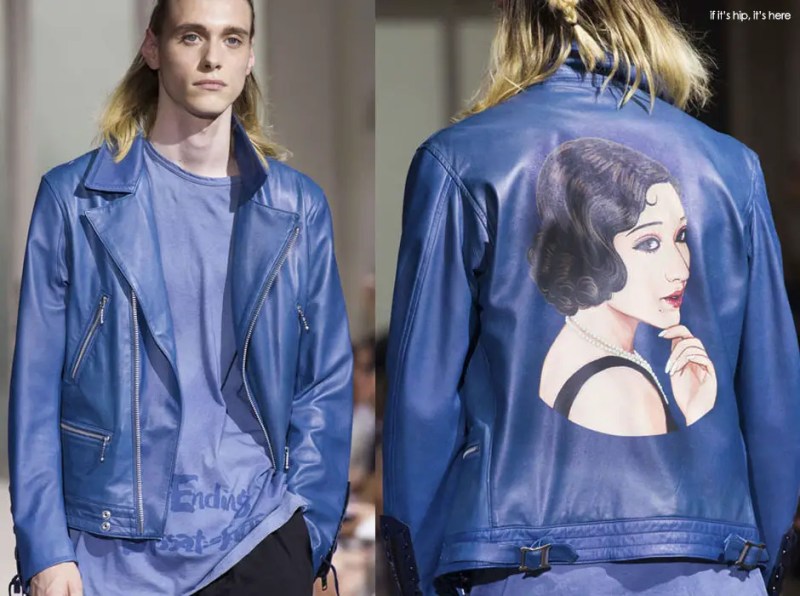 At 395$ A Bottle, You Won’t Be Beer-Bonging This Brew: Jacobsen Vintage Nr. 1