In honor of the 2018 Chinese New Year, The Year of The Dog, artist Kozyndan has released a limited edition archival print featuring 141 beautifully illustrated dogs belonging to her Facebook friends and, in her whimsical fashion, one dolphin.

Year of The Dog Print by Artist Kozyndan

In Mid-January, Kozy asked her dog-owning Facebook friends and fans to submit a photo of their canines, without explaining why, if they wished. She received tons of pictures and within a few weeks she posted a line art drawing featuring as many of the numerous breeds she could cram onto one page. Among the 141 dogs and one dolphin, I was delighted to see that she included my own little monster, a jack russell terrier named Indie, among the other fur babies.

At that time, I had no idea she intended to laboriously render the artwork with ink and watercolor. But only a week or so later, the male and female purebreds, mutts and mixes of all ages were united in one glorious print as a celebration of the 2018 Chinese New Year – The Year of the Dog. You must see the details to appreciate the love and talent with which she painstakingly depicted the many dogs in extraordinary likenesses of the originals. 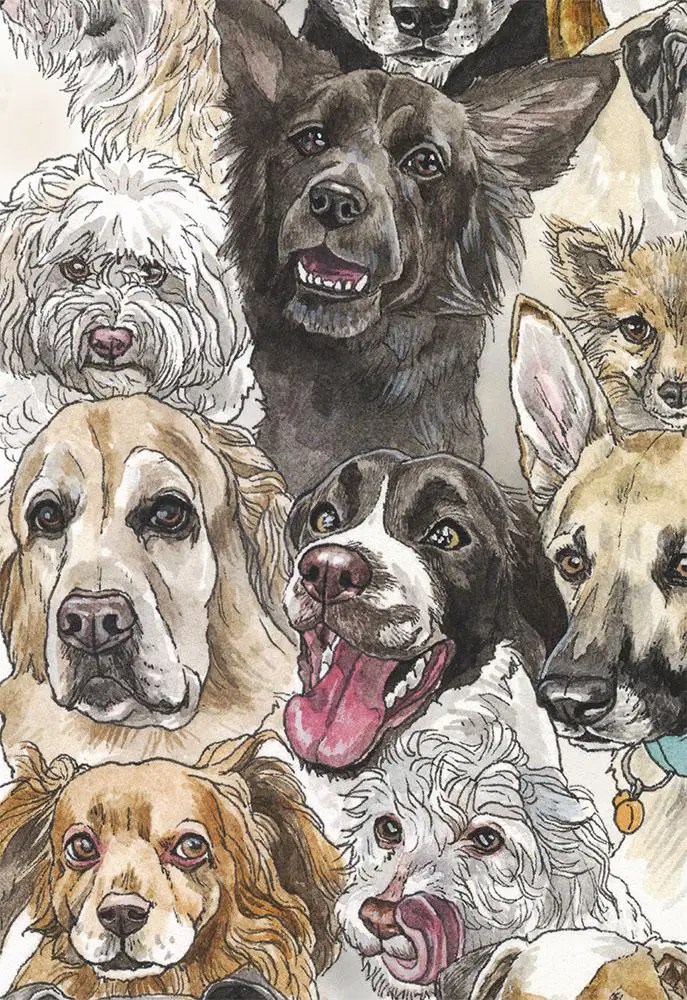 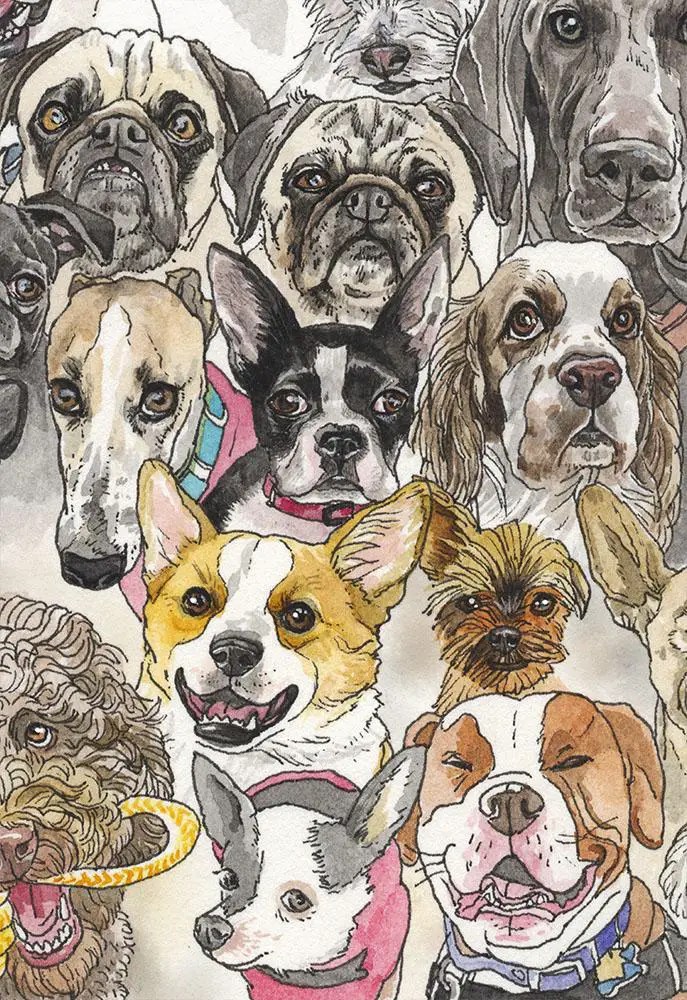 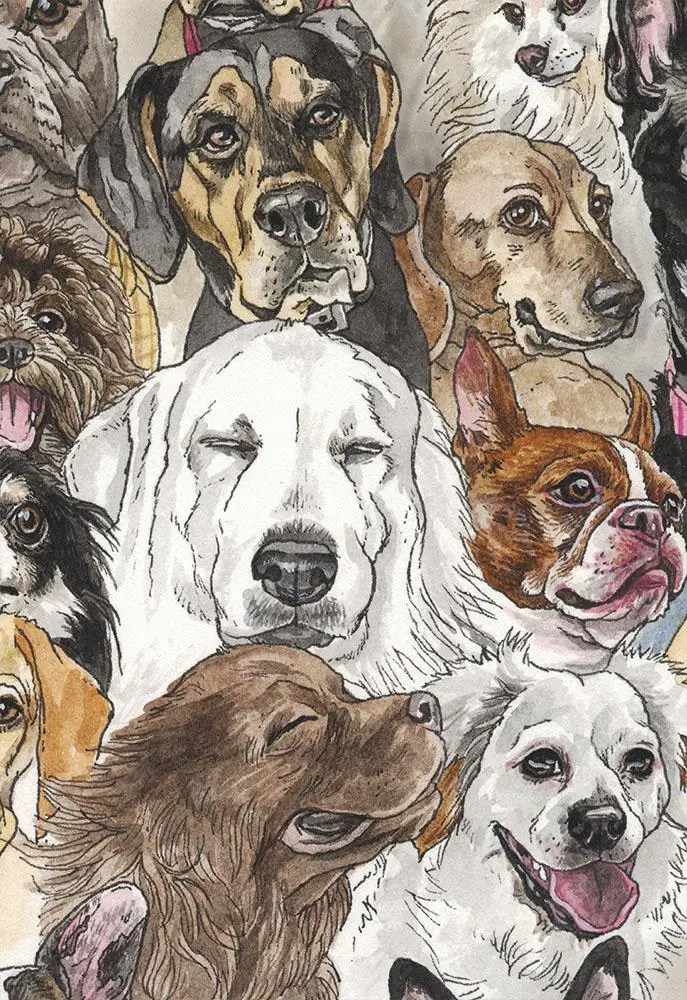 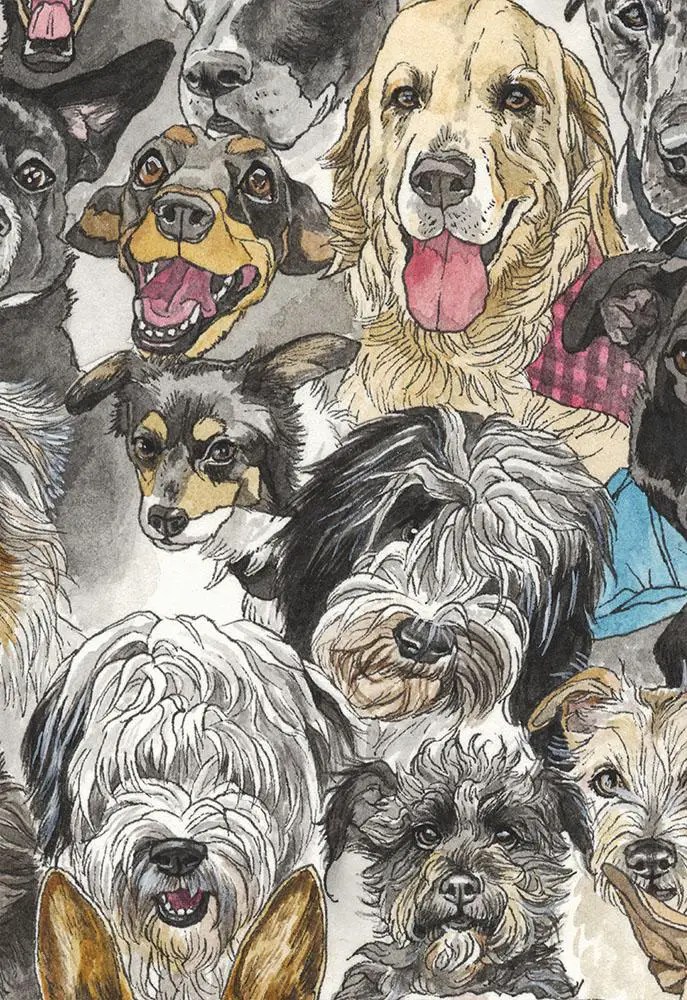 And of course, the dolphin: The signed and numbered, 18″ x 24″ (including white border) limited edition print is available for pre-order for the duration of February, at which time they will base the final edition size based on the number of orders they receive.

The archival giclée prints will be printed on Somerset Watercolor paper, hand signed and numbered, 18 x 24 inches including white borders (actual image area is 15 x 22 inches/ 38 x 56 cm) and will arrive by the end of March.

Scott Campbell Breaks Out Of His Shell With Graphite Illustrated Ostrich Egg Interiors.

Start Limbering Up Those Fingers: Here’s 100 Paper Animals To Fold!