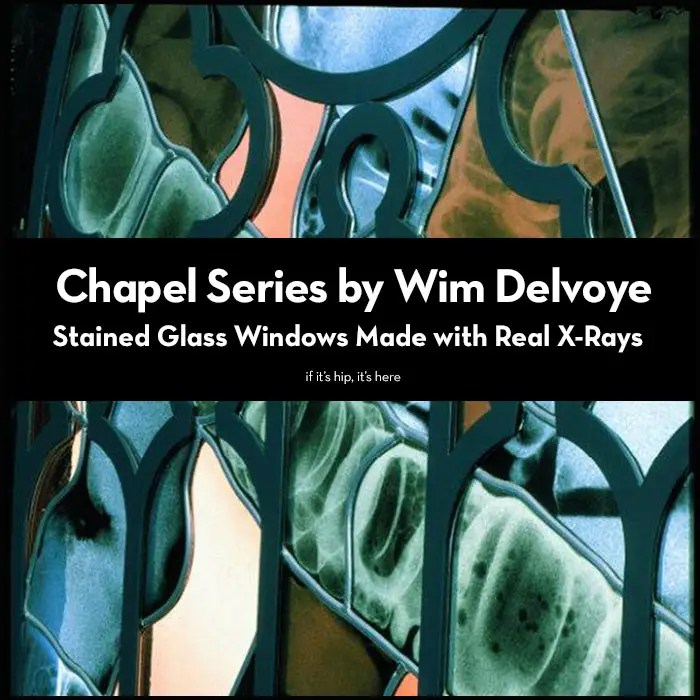 In his ongoing series of Gothic works, initiated in 1999, Belgian artist Wim Delvoye, about whose tattooed pigs I have blogged about in the past, created some very unusual stained-glass windows and sculptural works made of steel, lead, glass and actual x-rays. For his “Chapel” series, Delvoye took x-rays of two friends performing sexual acts, then combined the x-rays with stained glass to fill the windows of a gothic-style chapel. Some of the windows simply look as though they are made of an abstract design, when upon closer inspection, one can see teeth, intestines, skulls and other anatomical features. Others are more explicit in their representation.

Here are several examples (the following images were all composited by if it’s hip, it’s here) In addition, several of the stained glass windows shown above also appeared in miniature in Wim Delvoye’s “Chapelle,” 2007: