The White Walkers GOP Senators 2019 Calendar takes a stab at the old conservative White Republican Senators by depicting them as Game of Thrones‘ villainous White Walkers. And it’s hilarious. 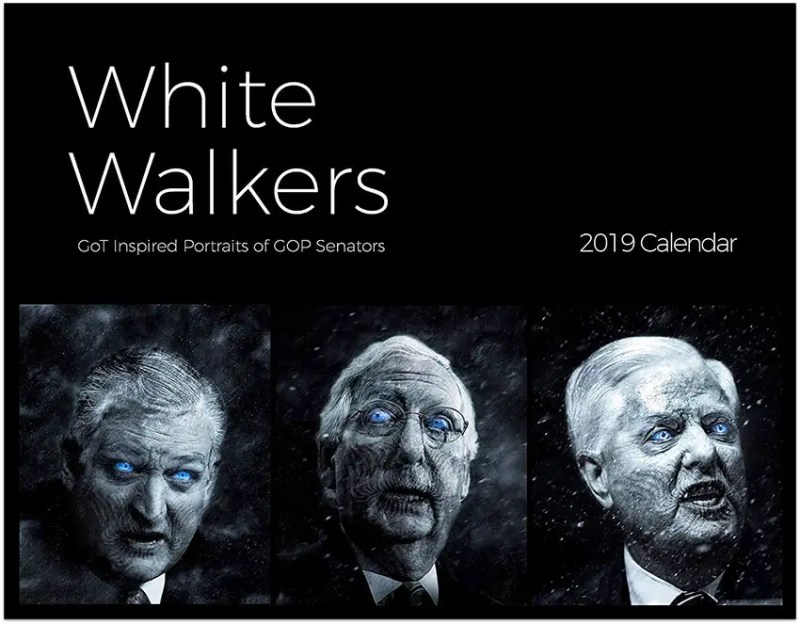 Not unlike the Grand Ol’ Party Senators featured in the Calendar, the White Walkers are the most feared creatures in Game of Thrones, posing a threat to anything living.

“The White Walkers are thousands of years old, coming from the time preceding the Age of Heroes. Born of powerful and untested magic, they were created to protect the Children of the Forest from the First Men, who had waged war on them ever since they had arrived from Essos. However, the White Walkers eventually broke free of the Children’s control and became the most feared creatures in Westeros, posing a threat to anything living” – Game of Thrones Wiki The calendar serves as the perfect wall reminder to VOTE and stay politically aware (hard to ignore these faces staring at you daily.) 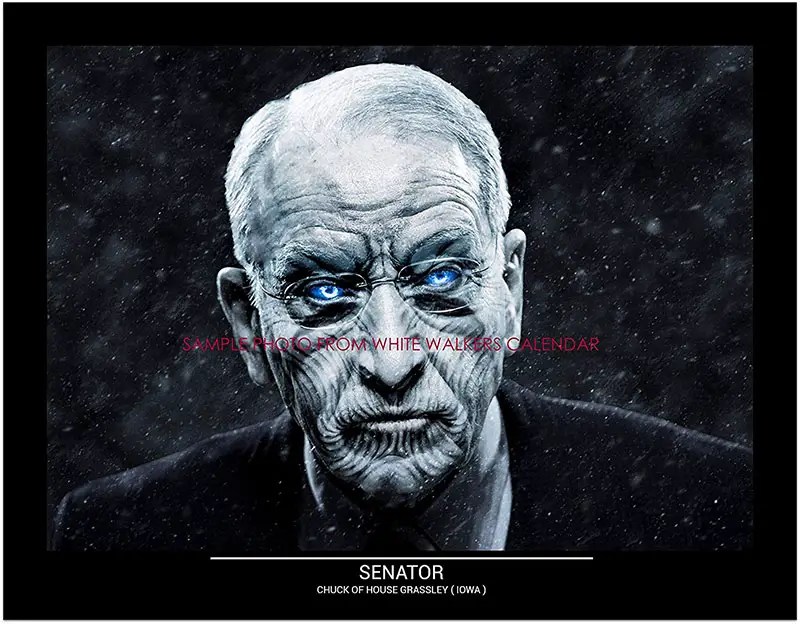 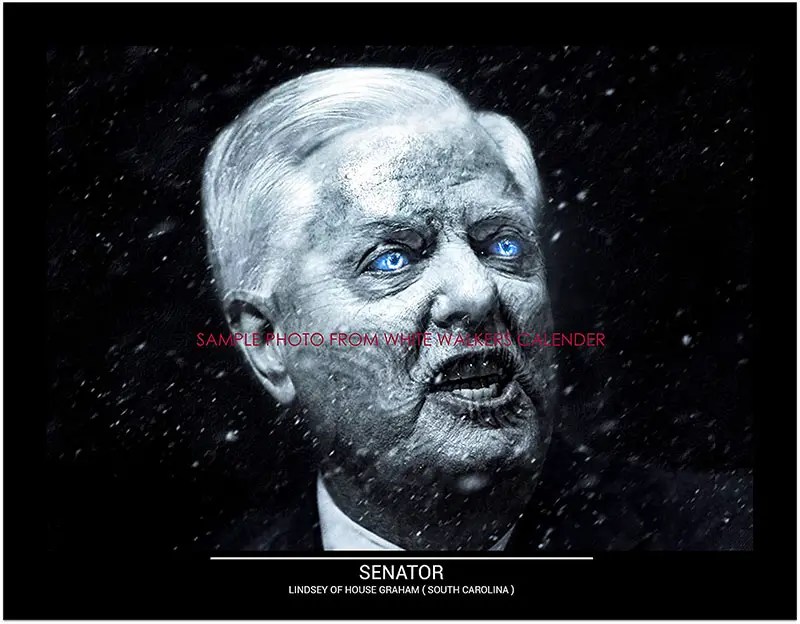 The satirical gift reflects our current political climate mixed with a little pop culture. And it even includes a Bonus page featuring an ORANGE white walker. 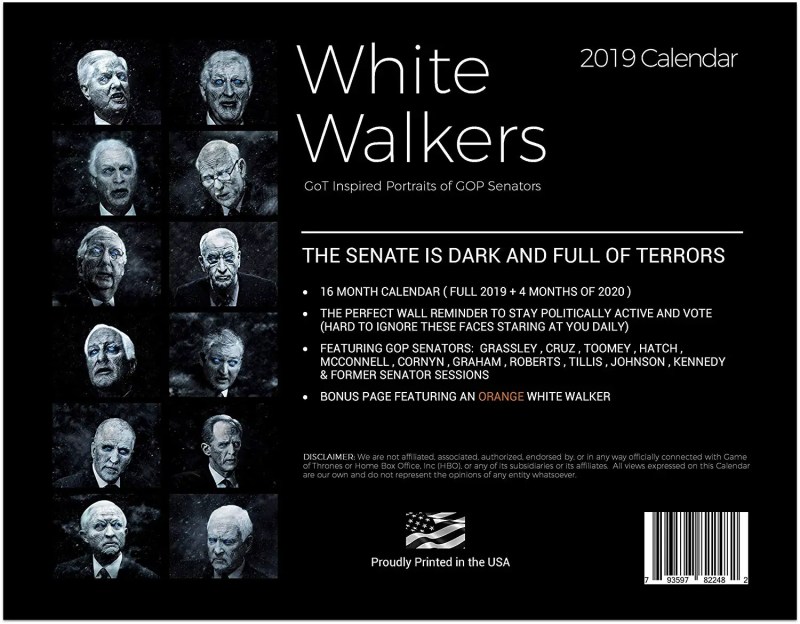 DISCLAIMER: Ride Whisper is not affiliated, associated, authorized, endorsed by, or in any way officially connected with Game of Thrones or Home Box Office, Inc (HBO), or any of its subsidiaries or its affiliates. All views expressed on this Calendar are their own and do not represent the opinions of any entity whatsoever.

Shop for more Game of Thrones and GoT-inspired merchandise here.