` Cinema On Ice - Movie Projected On Iceberg - If It's Hip, It's Here
Skip to content 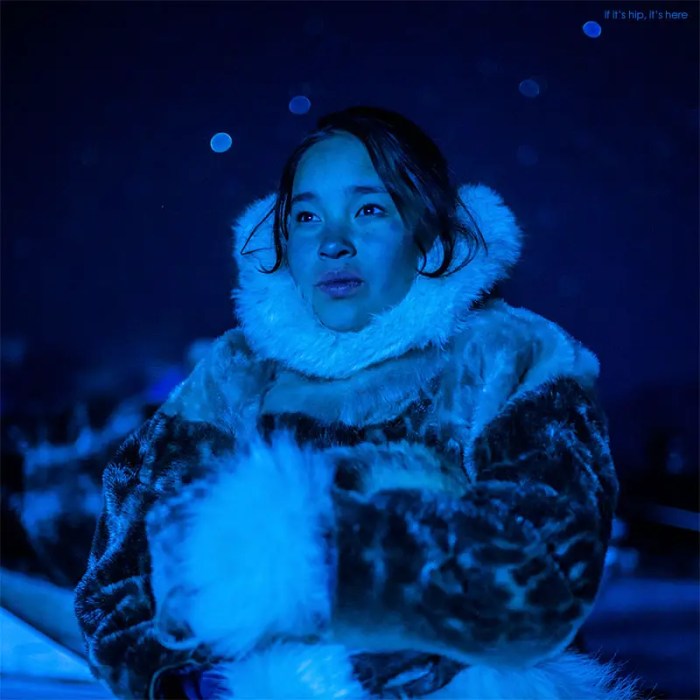 While working on his project, On Thin Ice*, part of a body of work chronicling the effects of climate change on communities in low-lying regions, photographer Ciril Jazbec attended the projection of a movie onto an iceberg. The special outing was arranged by Children’s Home Uummannaq. Ciril says “One night, me, a couple of friends and the locals went to a special event on the ice. We’d decided offhand to do something special for the village children: late in the evening, we projected the movie Inuk onto an iceberg under the myriad stars and the northern lights. The looks on the spectators’ faces fascinated me, so instead of watching the movie, I began using a tripod and long exposure times to discreetly take their photos.” The film Inuk is especially relevant because of its cast of “nonprofessional Inuit actors”—seal hunters and youth from a local children’s home—and its narrative highlighting the tension between tradition and modernity present in contemporary Greenland.

Jazbec says the preparation took a few days. “We did some recon on the ice to find a suitable iceberg and prepared a DVD player and sound system powered by a gasoline-fueled generator. The seats were just sleds covered with deer and musk ox skin.” And as for the temperature? “The weather was provided by some higher power . . . It was perfect, about –4 degrees Fahrenheit, with no wind and the most beautiful starry night sky sprayed with northern lights.” When Jazbec turned his camera onto the audience and surroundings, he captured these magical glowing moments he calls “Cinema On Ice.”

*ON THIN ICE is a series of photos from Greenland and one of the chapters in a long-term project concerned with the human face of climate change as it threatens various low-lying regions. It shows the life of hunters and fishermen in the remote villages in Northern Greenland. In this exploration, Jazbec spent most of his time in the village with only 250 inhabitants but over 500 dogs. 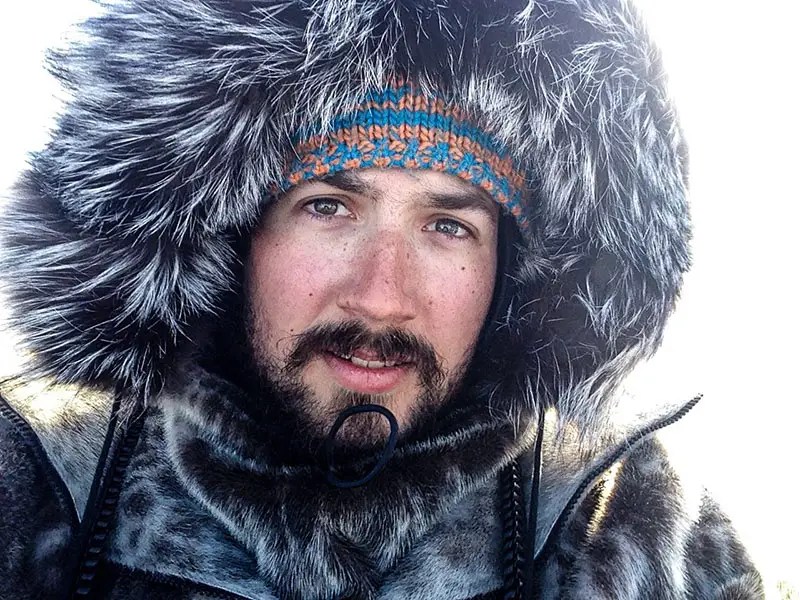 The Children’s Home is located in Uummannaq, a small isolated town on a small island in a large fjord on the North-West coast of Greenland, about 600 km north of the Arctic Circle. The main source of income is fishing and hunting. Learn more about Children’s Home Uummannaq here

all images courtesy of Ciril Jazbec

A special thanks to National Geographic for their article and interview with the photographer which brought this project to my attention.