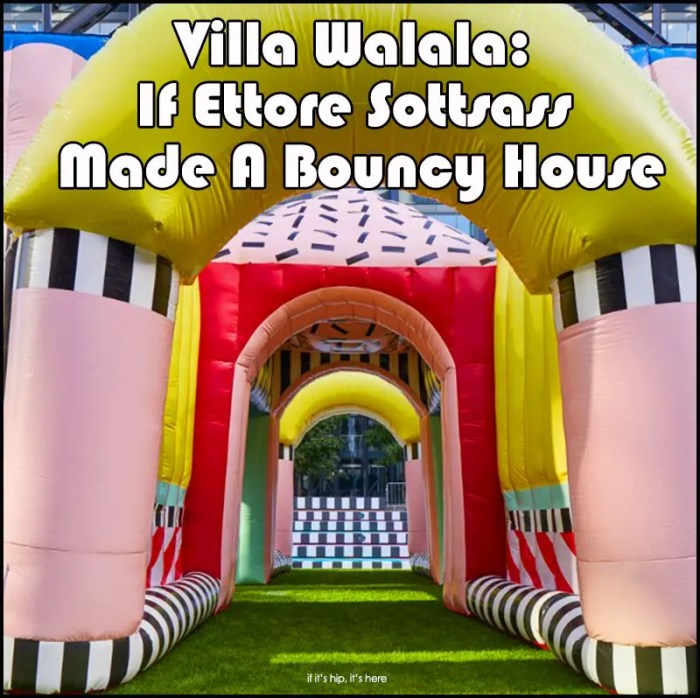 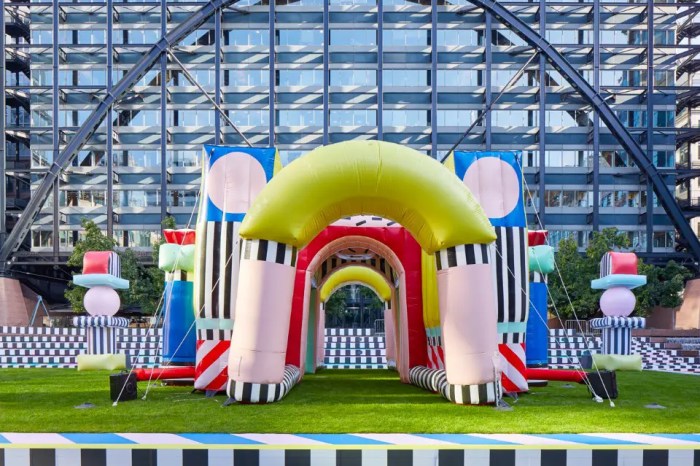 Walala’s architect father collected Memphis Group pieces in the 1980s inspiring the textile artist from a young age. “It is interwoven with memories of my childhood,” she says. “I’ve always been attracted to their use of block colours, the bold shapes and the touch of humour – it really resonates with me, and has become my biggest inspiration as an artist.”

Villa Walala is an evolution of the Memphis style of design. An art movement begun by Italian architect Ettore Sottsass in the 80’s, it’s characterized by ephemeral design featuring colorful geometric decoration and asymmetrical shapes. It’s a polarizing genre with some describing it as “a shotgun wedding between Fisher Price and Bauhaus.” But in this instance, the undeniable playfulness of Villa Walala brings of breath of fresh air to Exchange Square in Broadgate, a dynamic hub just behind Liverpool Street Station that is owned by British Land. 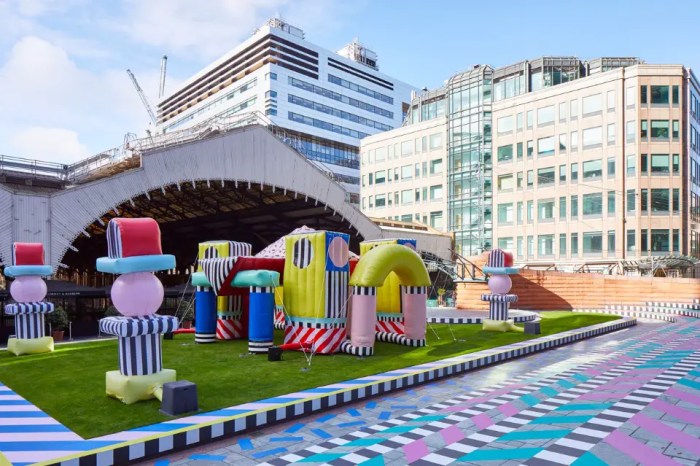 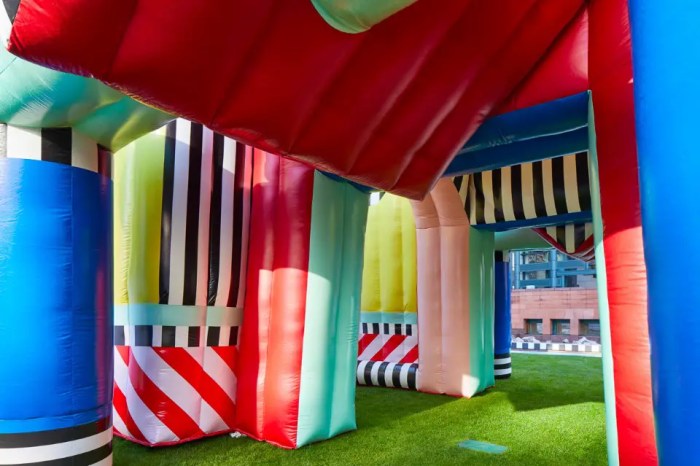 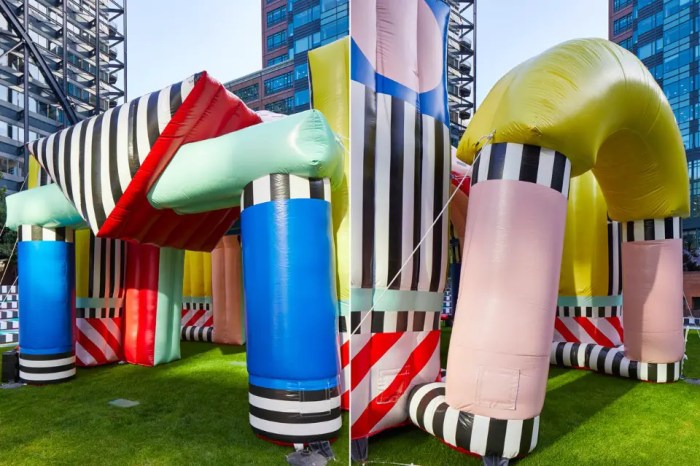 As part of the engaging installation, the blocks will be inflated by fans, turning them from flat shapes into three-dimensional forms. They are the component parts of a huge architectural landscape that stops passers-by in their tracks and invites them to step away from the everyday, even if just for a moment. The villa’s vibrant tones, tactile surfaces and engaging shapes are designed to complement and enhance the recreational function of Broadgate, while providing a striking contrast to the typical colors and textures of its surroundings.

“I want to introduce a sense of the unexpected,” she says of the Landmark Project for London Design Festival. “I think that, to turn a corner into Broadgate, and find a huge, bouncy, pink and patterned house will be hugely entertaining. And people are, of course, invited to come in and play.” – Camille Walala 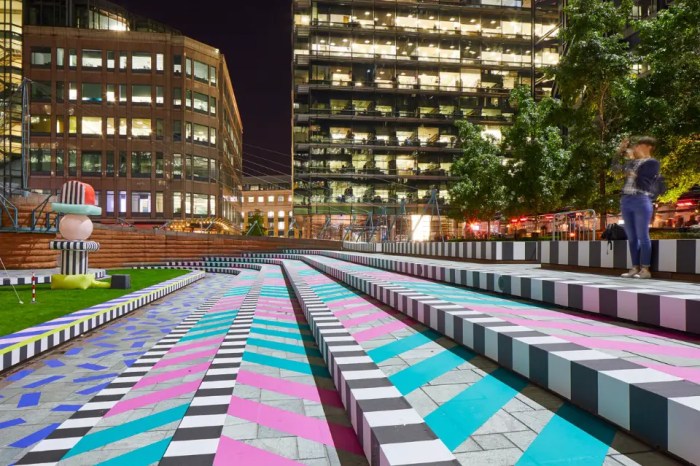 Her inflatable castle, with its primary colours and dazzle ship patterns, looks like a stack of outsized building blocks crossed with Masanori Umeda’s boxing ring seating for Memphis, with its black and white border and padded posts. Walala imagined her installation being similarly cathartic, a place where City workers could come to let off steam during their lunch breaks. 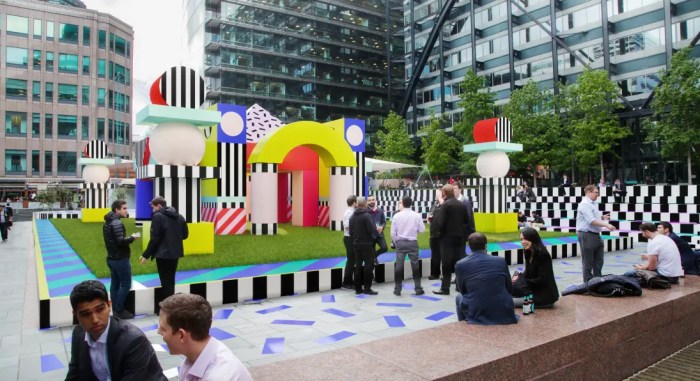 A graduate in textile design from the University of Brighton, Camille Walala established her studio and brand in East London in 2009, and has since evolved from textile-based work to art direction, interior design and large-scale civic art and installation projects. Drawing on influences including the Memphis Movement, the Ndebele tribe and Victor Vasarely, Walala has an irrepressible enthusiasm for playful, graphic patterns that invoke a smile. Her dedication to positivity, optimistic typography and bold use of pattern and colour have seen her transform urban landscapes across the world, and earned her clients ranging from Nike and Armani to Nintendo and Facebook.

images and info courtesy of The London Design Festival and Domus

Because It’s Out There. More Fun Finds.