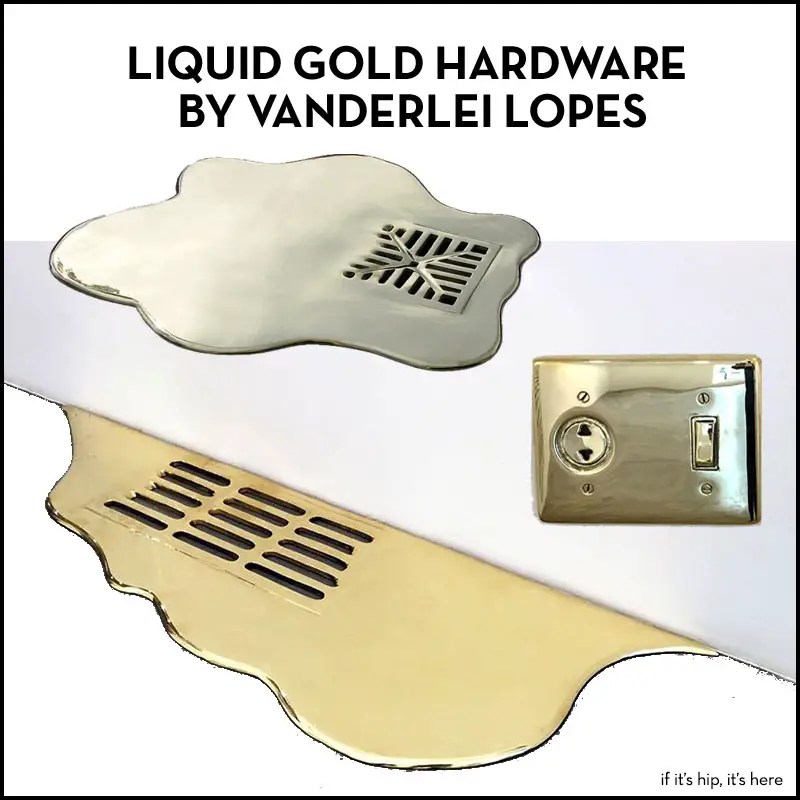 I posted two pieces of the work of Brazilian artist Vanderlei Lopes’ work on Facebook that I would personally love to own for my home. The response was so great that I thought I’d share them – and more- here as well. I fell in love with these sculptural pieces that could serve as actual home hardware (shower and sink drains, heating grates and switch plates and conductors), but sadly, they are not mass produced for retail use . Nevertheless, they are worth seeing. 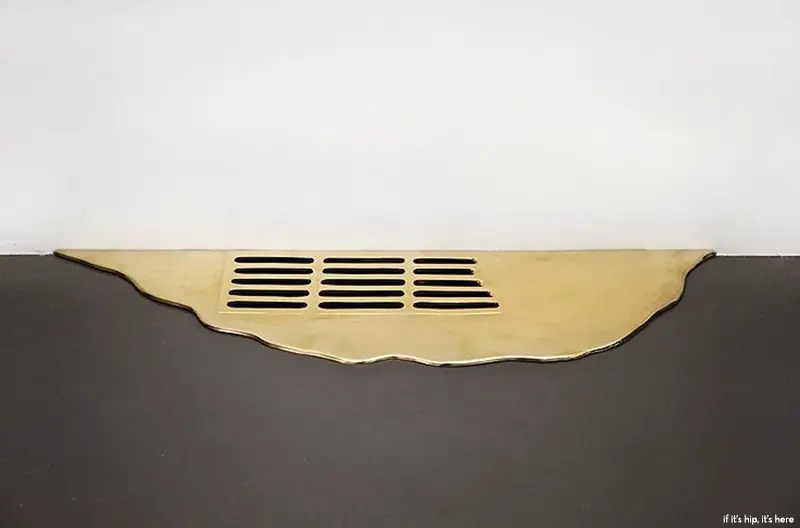 The following pieces are part of the artist’s Gold Leaks series. Like Midas, a mythical Greek character who turned everything he touched into gold, Vanderlei Lopes brings together recent works that relate to the noble metal by its gilded, polished or brushed appearance, and by the authorship that transmutes objects and trivial events into works of art. 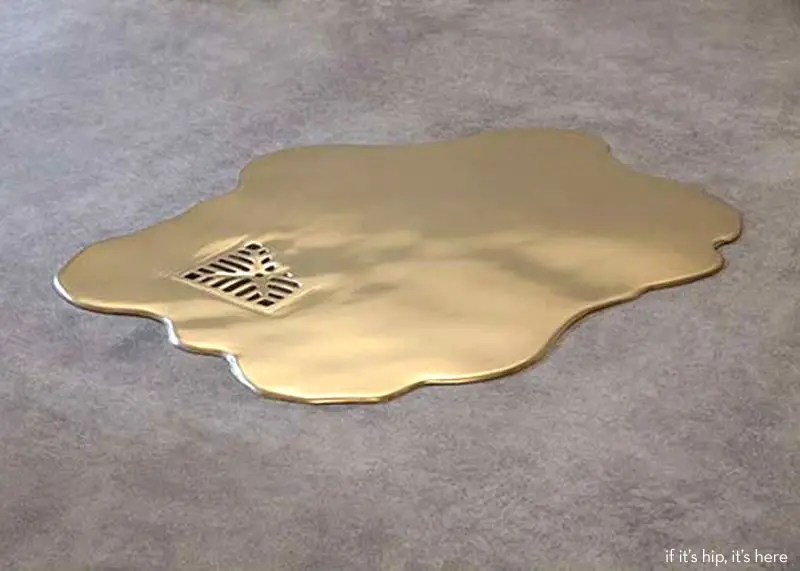 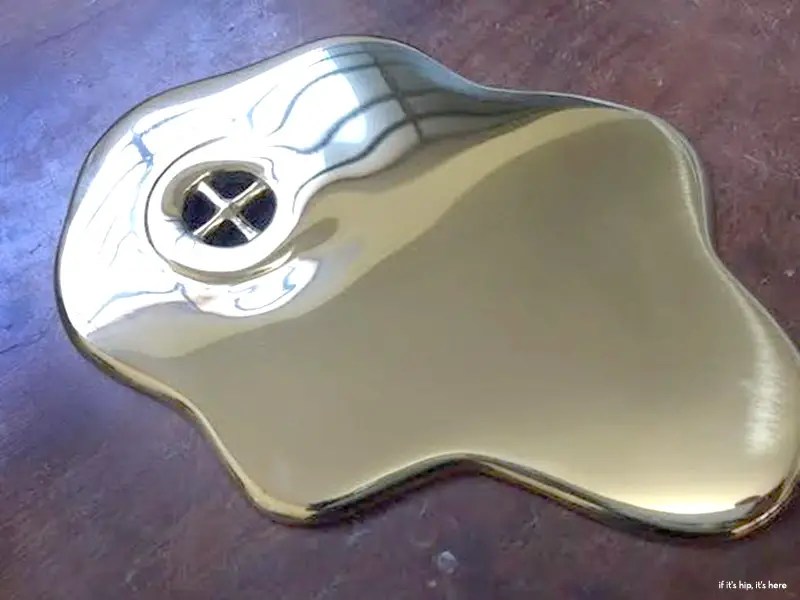 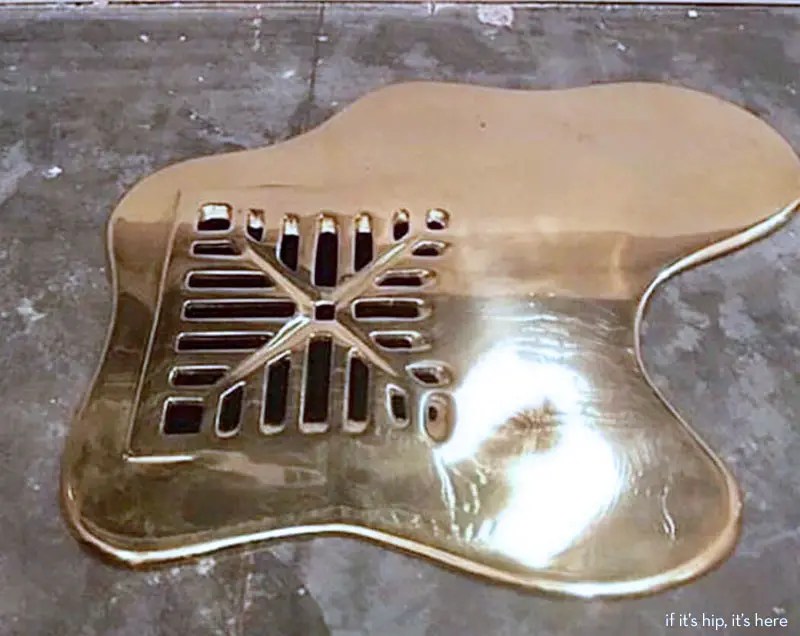 Vanderlei Lopes is focused on a continuous search for analyses of the transformations of matter that exist in everyday events that affect our environment. 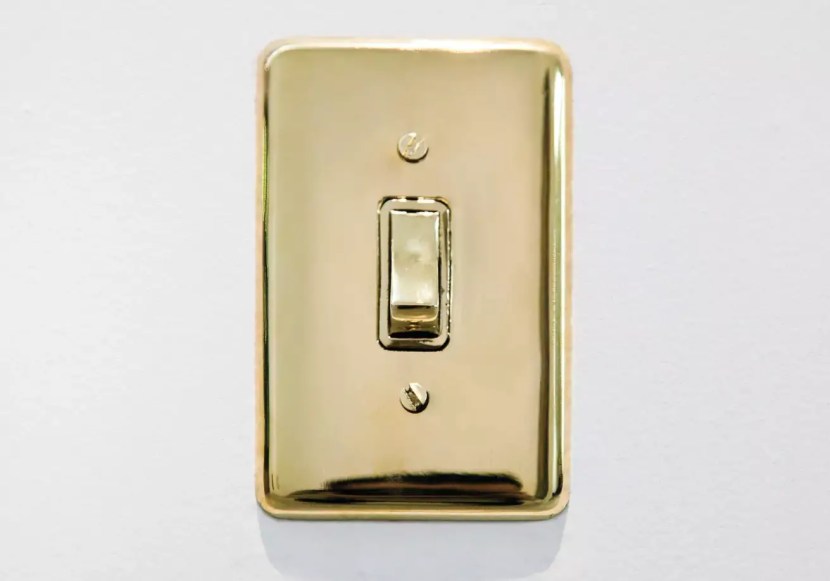 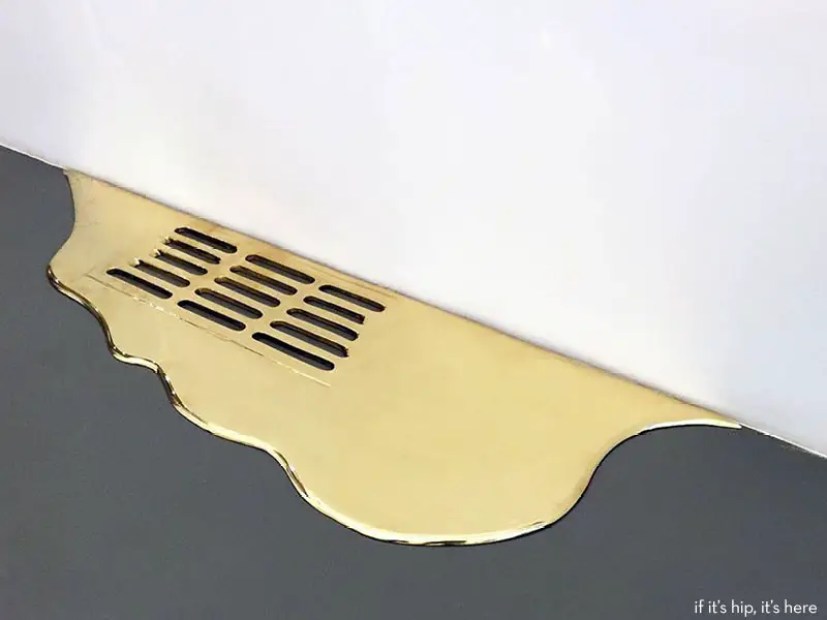 Thus, using elements such as gold, lead and bronze, very traditional in the history of art, the artist recreates situations where water changes state, which refers to the infinite possibilities of movement, thus contradicting the rigidity of noble materials used, in order to capture special moments involved. 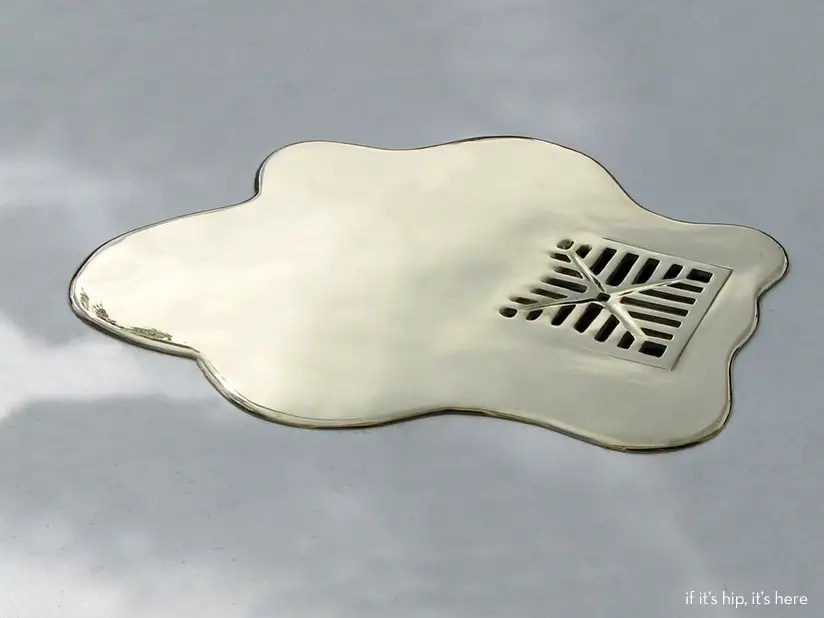 Artist’s bio (courtesy of Gallery Marila Razuk)
Vanderlei Lopes is dedicated to explore the drawing, its unfolding and limits in diverse languages, passing through the sculpture, photography and video. His experimental agency approaches symbolic, spatial, temporal elements and reveals the action character of his work.