` Old Navy's "Unlimited" Online-Only Back To School Musical Starring Isabel Balbi. - If It's Hip, It's Here
Skip to content 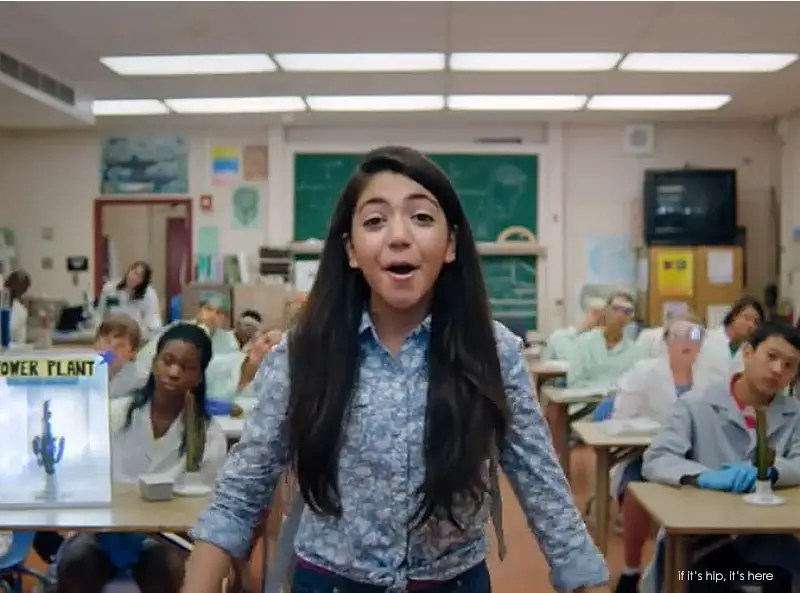 Old Navy’s “Unlimited” is a 4 minute 15 second musical created only for online viewing. The short, starring 14 year old actress/singer Isabel Balbi, tells the story of her first day back to school only to encounter some self-doubt represented by the Womp Womp.

Created by CAA Marketing who tapped Tony-nominated musicians Pasek & Paul (“James and the Giant Peach,” “Smash”) to create the film’s track, it was directed by Biscuit Filmworks‘ Matt Dilmore. “Unlimited” celebrates both the aspirations and apprehensions that come with going back to school. On her first day of school, a kid Dreamer imagines all the possibilities for the new school year and beyond, only to be brought down by the Womp Womp, a naysaying curmudgeon who is a personification of her self-doubt. Despite the Womp Womp’s negativity, the Dreamer sings of big dreams, such as being an inventor, a star athlete, and even the president. She ultimately finds her confidence when she meets a fellow dreamer who becomes her new best friend. 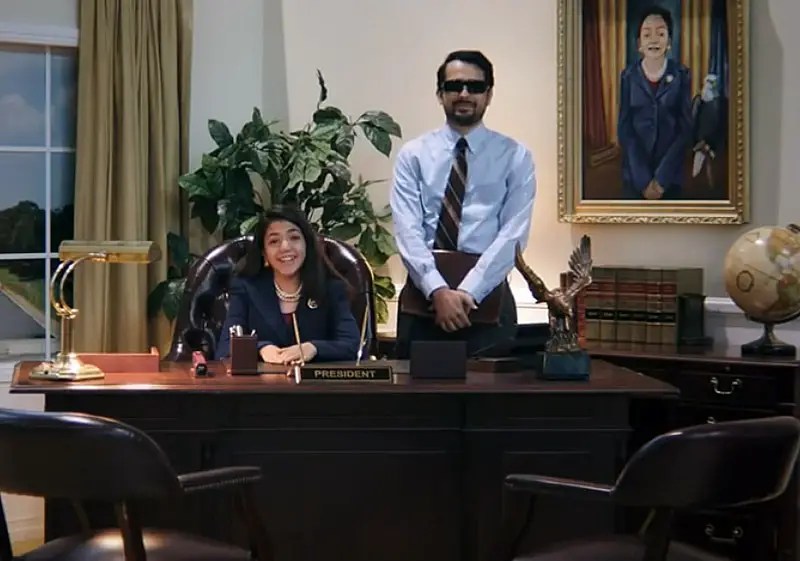 To help distribute the anthem, the brand is working with YouTube youth multi-channel network AwesomenessTV, tapping into their arsenal of talent. The video features cameos by seven well-known YouTube stars from the AwesomenessTV multi-channel network: Hunter March, Josh Levi, JennxPenn, Kingsley, Miranda Sings, Mystery Guitar Man and Thats0jack. The cameos are subtle nods, designed for viewers to “spot” their favorite stars as a digital-style Easter egg hunt. Each star will also be creating ancillary content on their channels to support the video, using the campaign hashtag #BeUnlimited.

Get a “Behind the Scene” look on the set of “Unlimited.”:

The inspiring back-to-school anthem’s song is available as an iTunes download for 99 cents. Old Navy is donating the net proceeds from downloads of the song on iTunes to support the Boys & Girls Clubs of America (BCGA). For 15 years, Old Navy has supported BGCA and local Clubs through Camp Old Navy, an initiative that invests in summer programs for underserved kids. The brand currently has a donation drive in stores to match customer donations up to $500K, bringing the potential total donation to $1 million.

Make Unlimited Possible For All:

“We’re trying to produce content that lives outside of TV,” the brand’s CMO tells Ad Age. With almost 1.2 million YouTube views in the first 24 hours, seems they are succeeding. 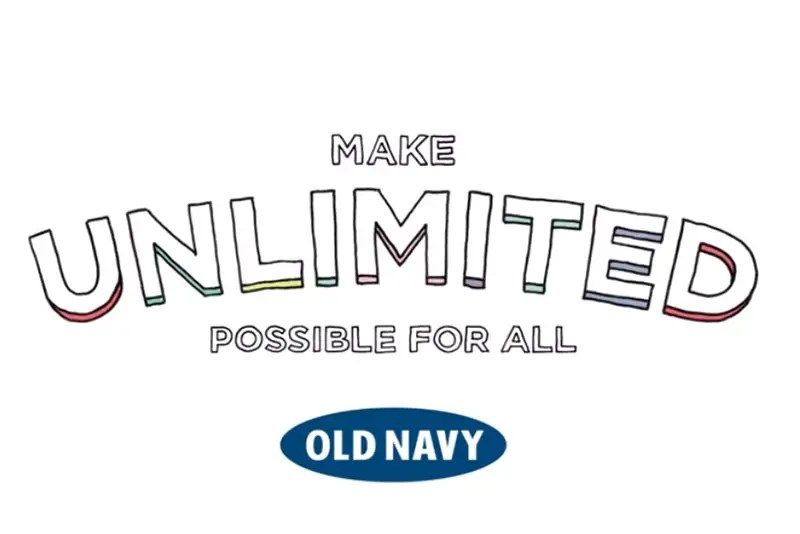