` The Self-Sufficient Energy Neutral Villa Kogelhof by Paul de Ruiter - If It's Hip, It's Here
Skip to content 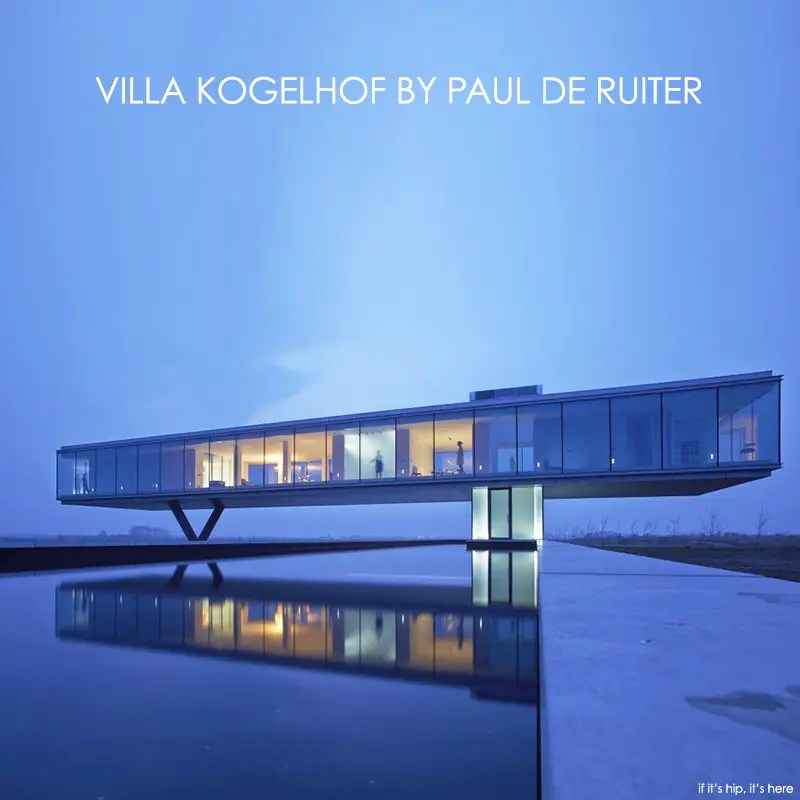 Taking six years to create and construct, the design of Villa Kogelhof is based on complete autarky: the house is energy neutral. By utilizing several techniques, the villa maintains a comfortable climate all year long, while being extremely energy efficient. The goal for the villa was to be self-sufficient; to generate its own energy, to heat its own water and to recycle its own garbage. 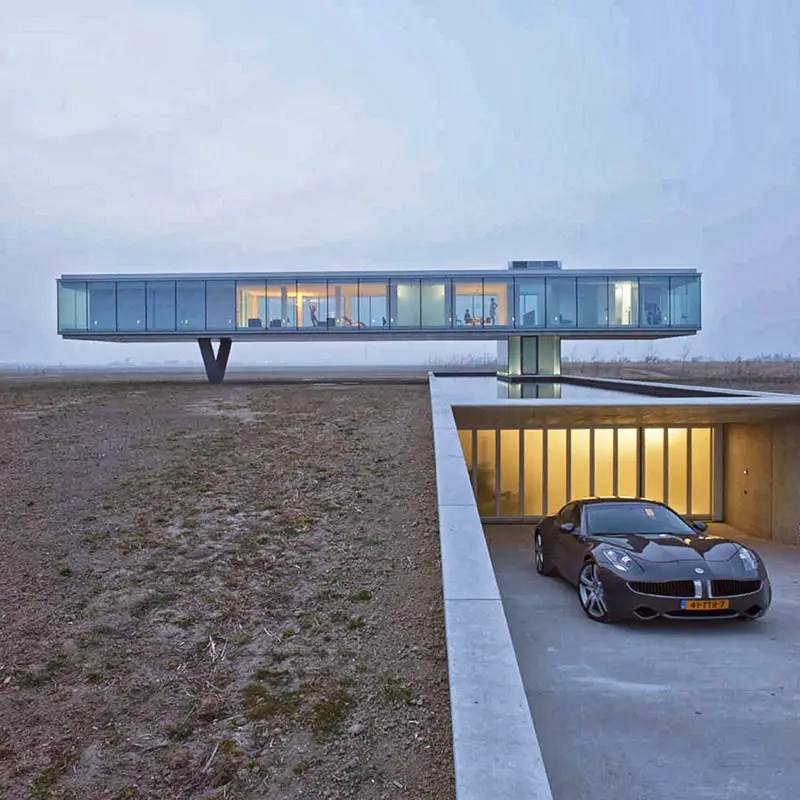 The client desired a simple, abstract, yet spectacular villa and the result is a modern composition consisting of two square stacked volumes: one underground and one floating above ground. It is designed as an uncompromising glass box, supported by a steel V-frame. The estate is part of a larger program initiated by the government, which aims to connect regional ecological zones throughout the country. One approaches the villa via a deserted road that runs across the estate. The current owner bought the site, once farmland, seven years ago. It is a protected habitat for animals and plants and a major tourist draw in the area, open to the public. Permission to build a house on the land was given only on the condition that it was returned to its pre-agricultural state. The planting of some 71,000 six-year-old trees hint at the future of the estate as ‘a villa in the woods’ and were planted already in 2006. A rectangular pond was dug, requiring the removal of 70,000 cubic metres of soil.

Contrast of Land and Structure: 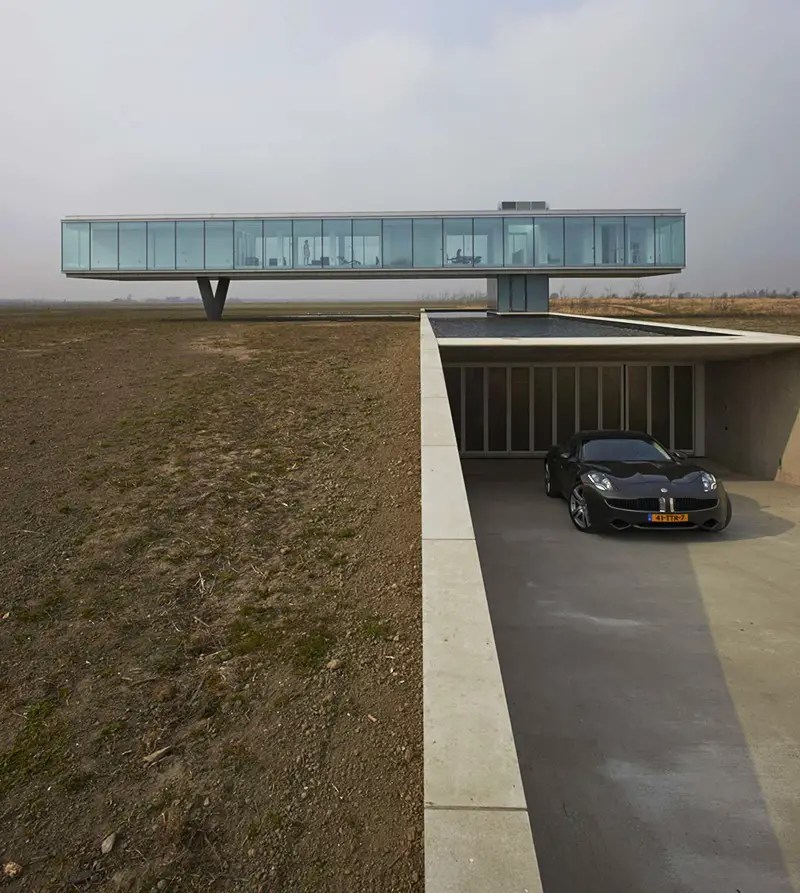 After ten minutes’ drive across the estate, you reach the underground entrance via a sloping driveway. The underground volume of the house consists of the entrance, parking, storage and a workspace which looks out over the pond. The living area is situated in the floating glass box above ground. Its plan is open and consists of a living room, the kitchen, bedrooms, bathroom and a patio. 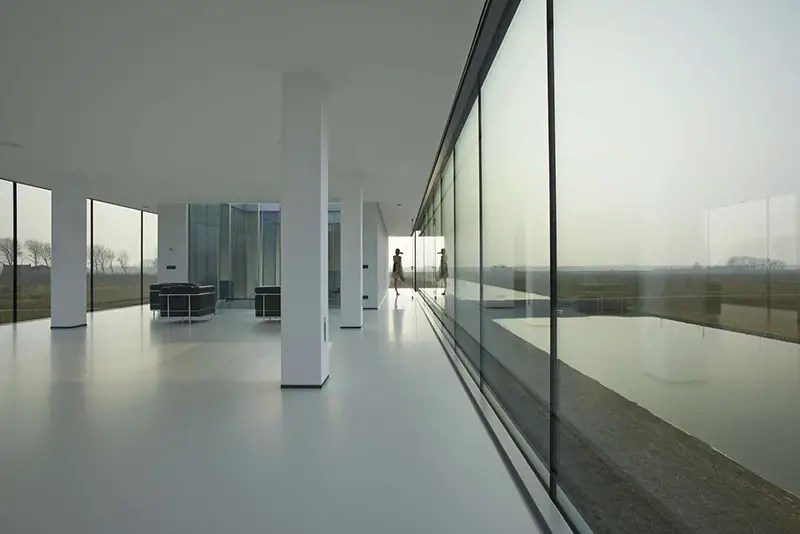 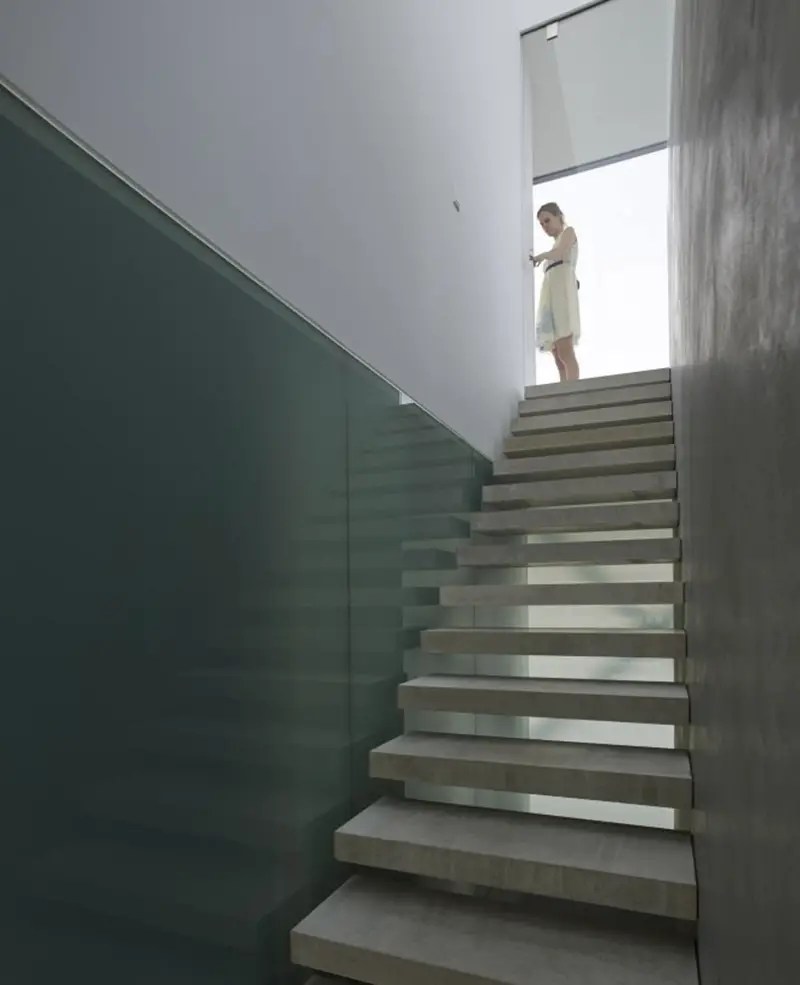 The façade is completely made of glass and offers spectacular views over the surrounding landscape. The natural setting contrasts with the technical and modern appearance of the villa, that refers to the Dutch world famous coastal defense dams known as The Delta works. 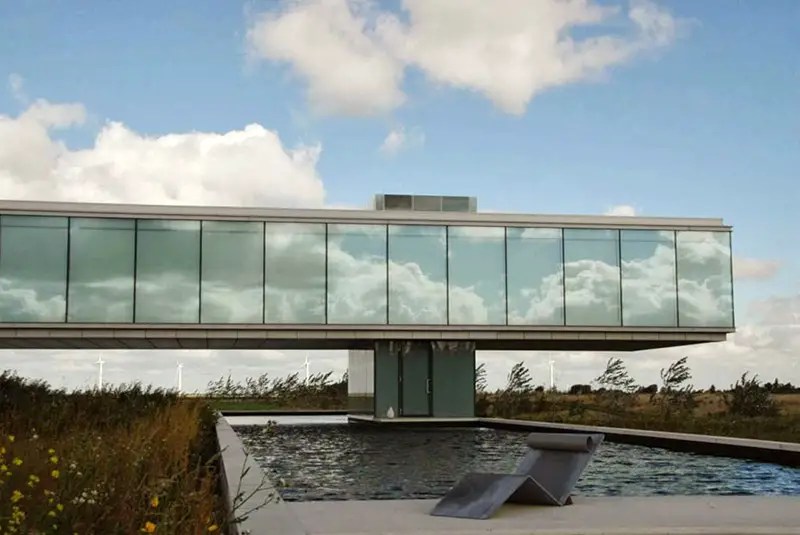 To make sure Villa Kogelhof is energy neutral, the façade offers an important contribution. This so called climate-façade is composed of an outer layer of clear insulated glass from floor to ceiling and an inner layer of sun-reflecting fabric that can be rolled up and unrolled. When the fabric is lowered, an air cavity is formed in which the air from the villa is extracted of a central ventilation system. The house is heated by a central heating system combined with an air pump. Warm water will be generated using a biomass pellet stove, in which wood will be fired from the wood out of the private forest of the estate. Electricity will be generated from the PV-cells on the roof and in the near future also from the planned windmill. 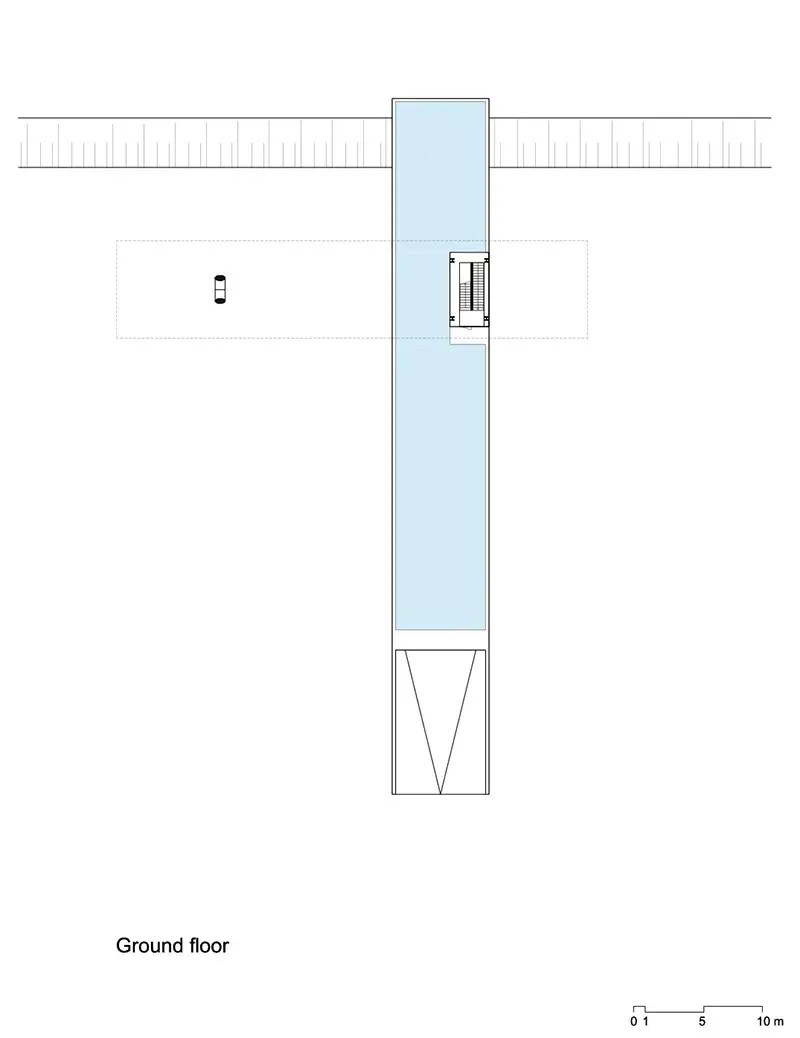 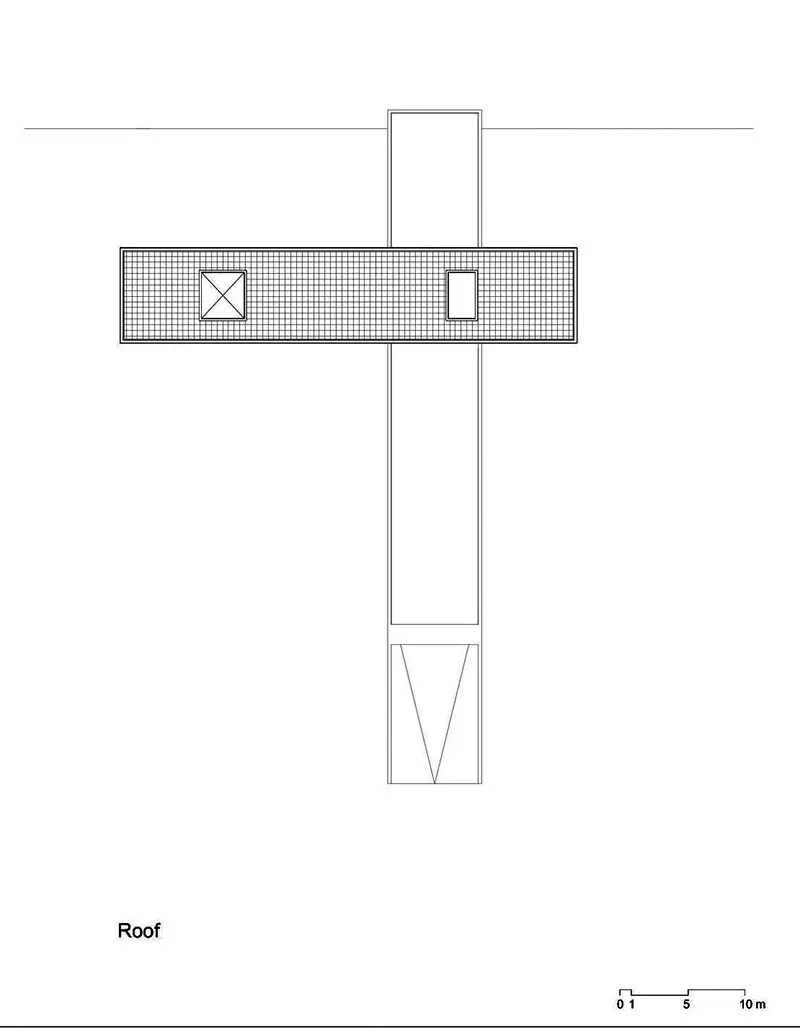