` The Photographic Work of Slevin Aaron on if It's Hip, It's Here
Skip to content 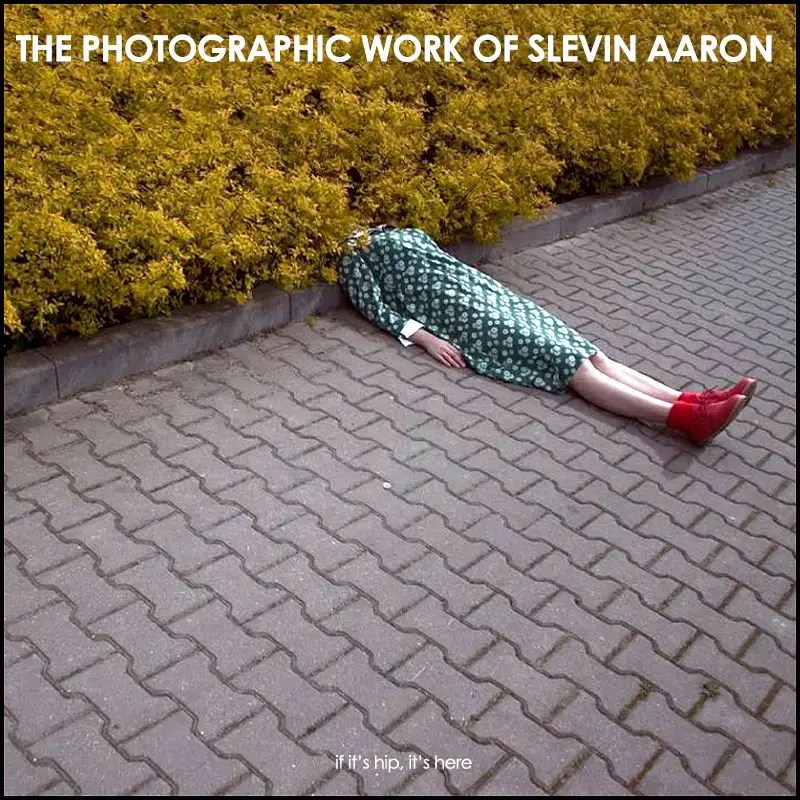 Born in Poland in 1991 in the port city of Szczecin, he has been taking photos for over 7 years now. He has termed himself an “emotion” photographer and says that’s because he has to have a human in each of his photographs and desires to capture their emotions frozen in one frame. But as you’ll see in the photographic work of Slevin Aaron, it’s the lack of emotion in many of his images that makes his work stand out.

The Photographic Work of Slevin Aaron 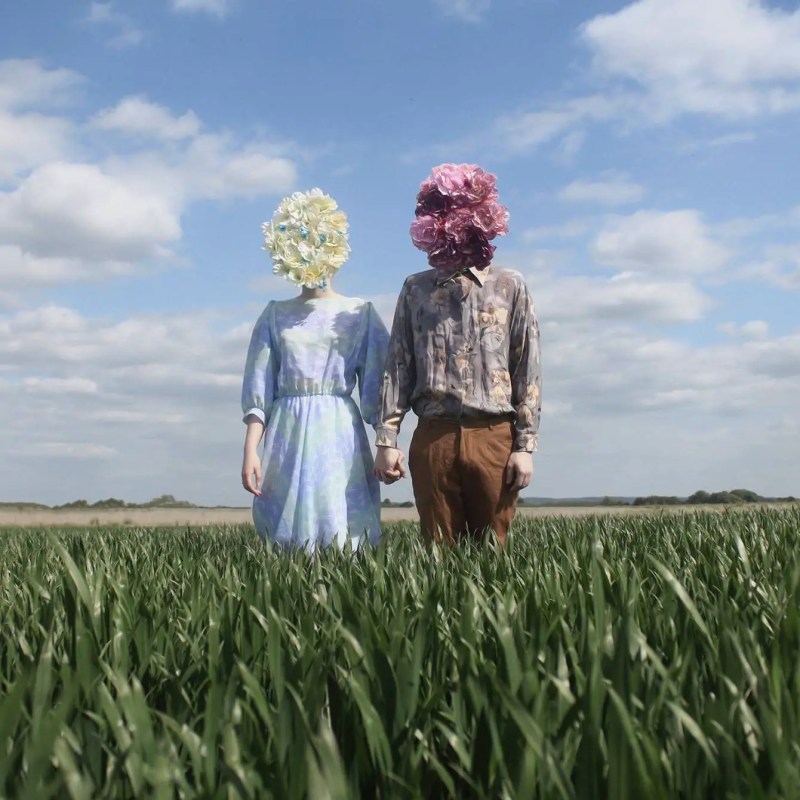 I cannot help but find his term ’emotion’ photographer inaccurate, almost ironic, when it comes to what I like about his work. This is because his images of people whose faces or heads, and therefore their expressions, are obscured that I find the most compelling. 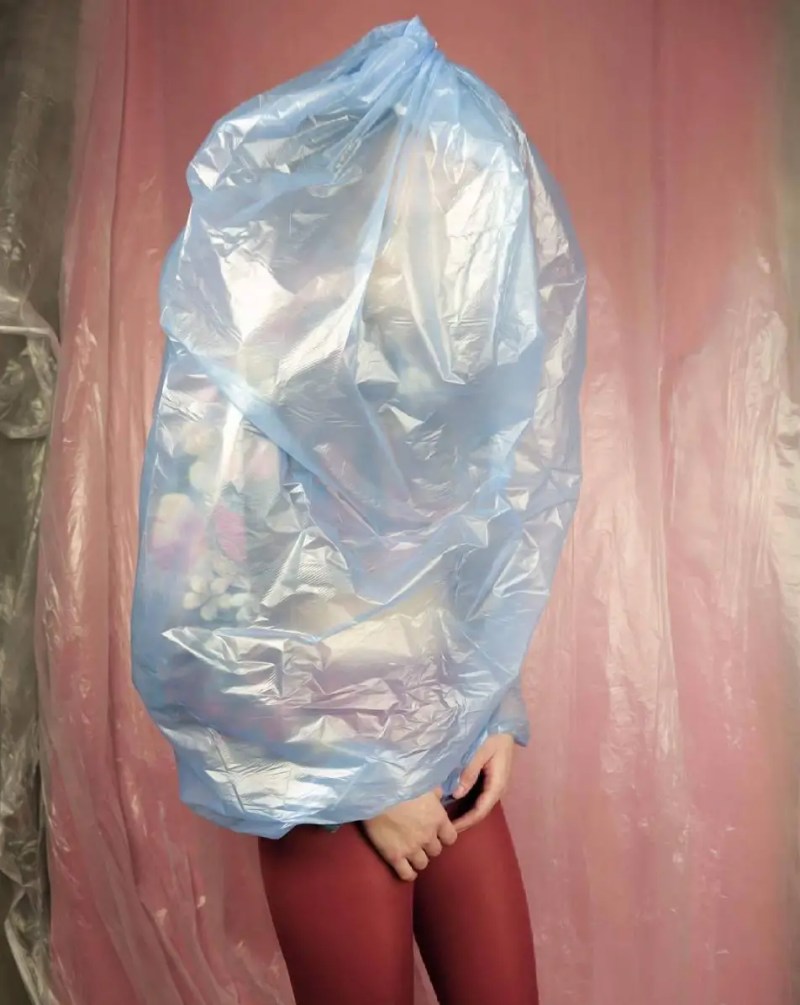 In these photos of Aaron’s flora, fabrics or the environment hide not only the subject’s face, but also their entire head. Their bodies supine, standing or sitting are predominantly expressionless and in some cases appear almost deceased. This leaves the viewer to determine the narrative from their posture, location and the manner in which they are dressed; to imagine what the subject is feeling. 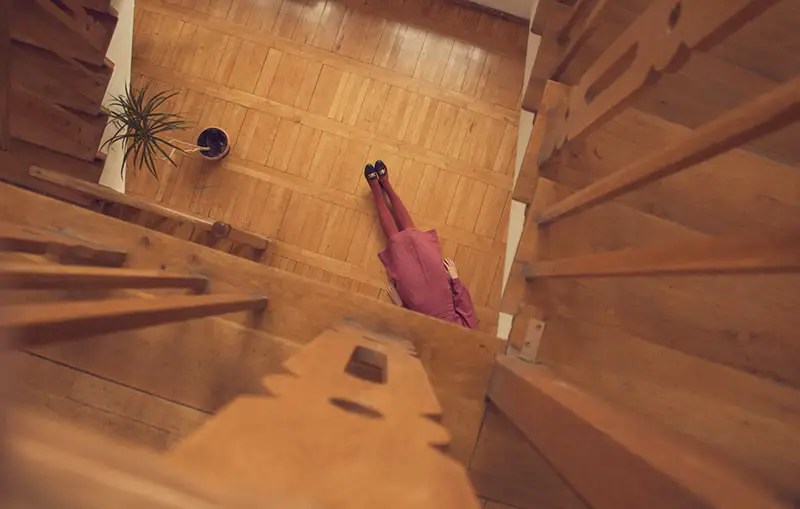 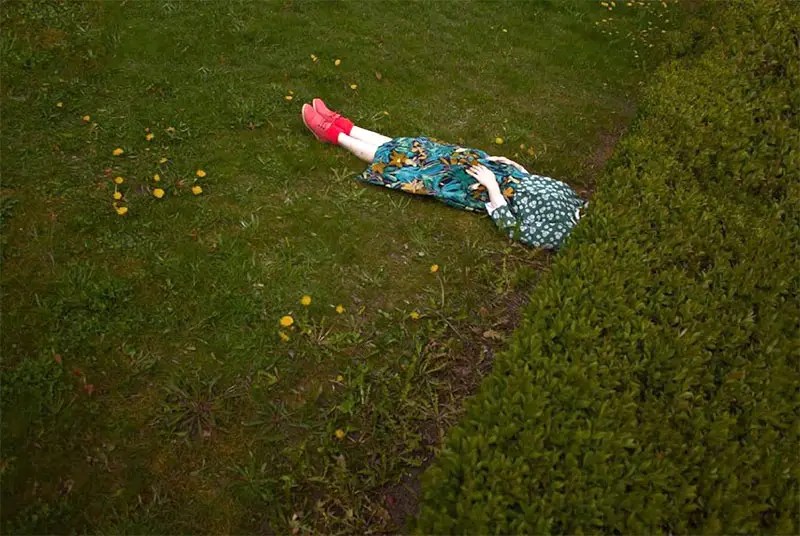 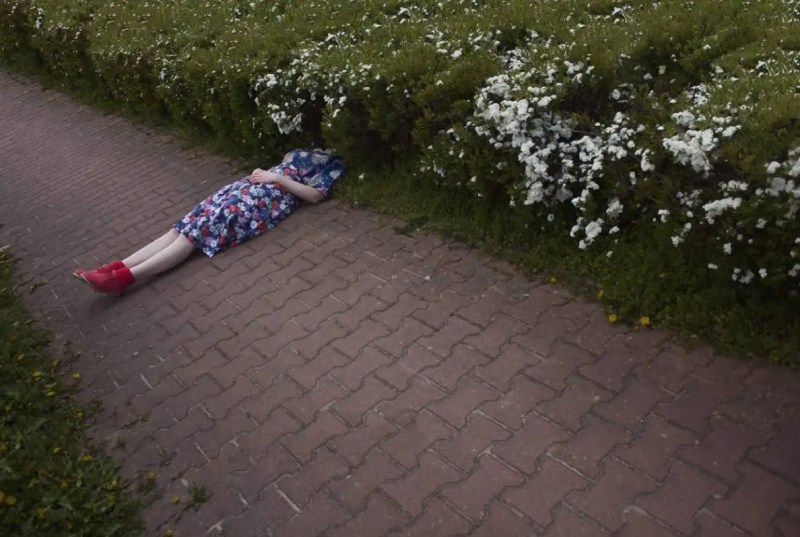 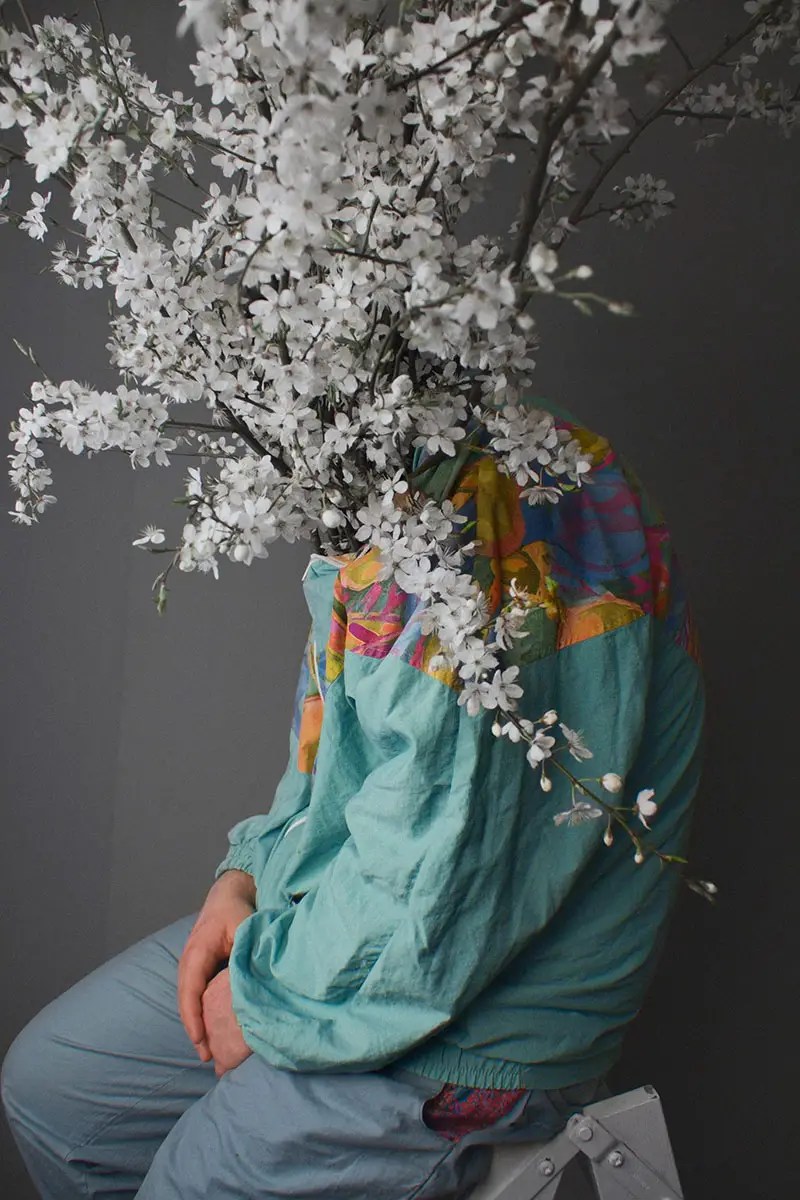 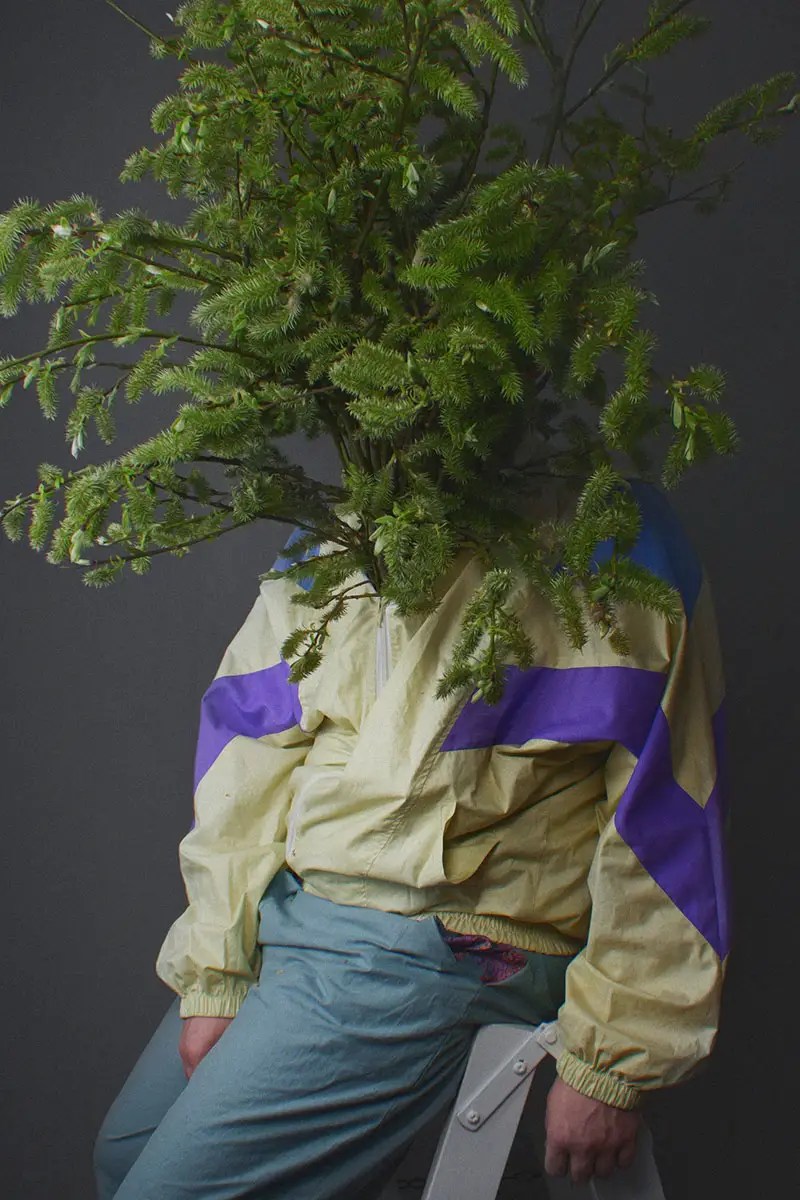 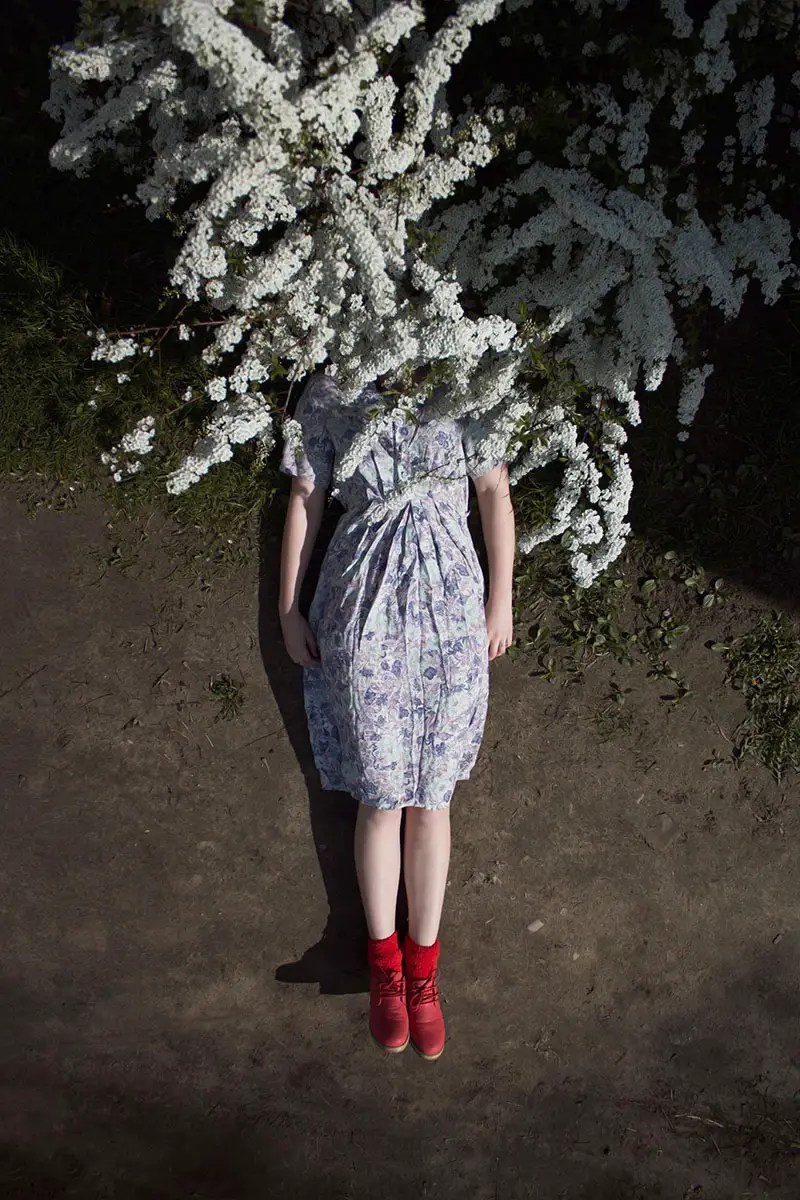 Incredibly passionate about his work, Aaron describes himself and his pursuits with several exclamation points on his site. Self-taught, he devotes his life to shooting images. With a camera constantly in hand, Aaron says he “strives to create a photographic world that depicts not only the ideas in his head, but also the emotions these ideas evoke.” A worthy goal which he manages to achieve in the photos shown here. Maybe the term ‘evocative’ photographer would be more apt? 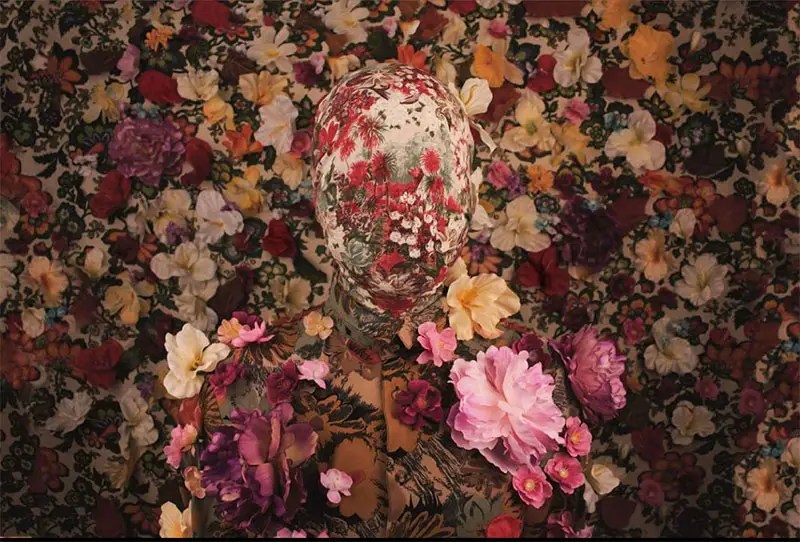 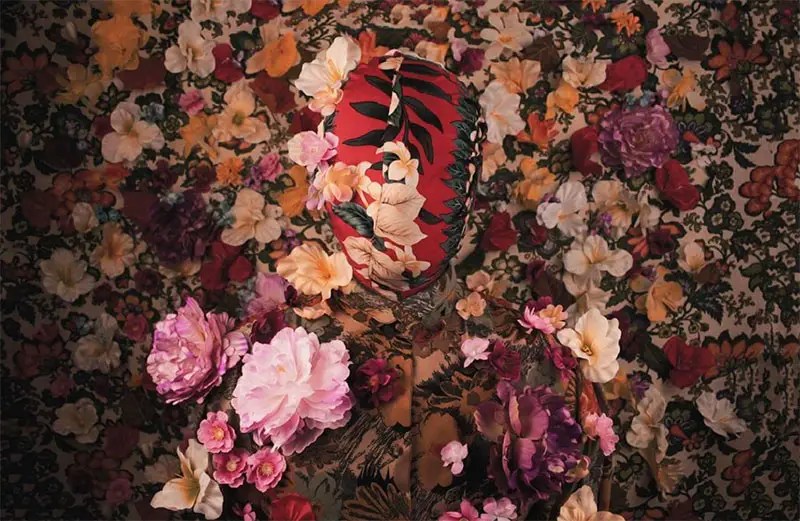 His photos have appeared on the covers of books, in theaters as posters, on album covers and he’s also participated in various social campaigns around the world. He has had several photographic exhibitions in Poland and Italy, among others, thanks to PhotoVogue.

“I am a photographer who wants to continually develop, discover new things, new techniques, more and more deeply immersed in my imagination and bring out the newer and more interesting stories and ideas. It is what I love, the way in which I can show human emotions frozen in the one frame, and this is for me photography, feelings, emotions, nostalgy (sic), happiness and sadness, life! I can not imagine my life without camera in my hand and without an eye sticked (sic) to the viewfinder.” – Slevin Aaron 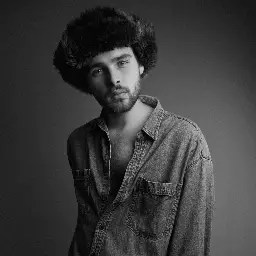