` The HUSH Pod for Private People May Be The Solution To Open Offices - If It's Hip, It's Here
Skip to content Designed by Freyja Sewell, The 100% wool felt HUSH pod may be just what one needs for some privacy in this day of open work spaces and communal offices. 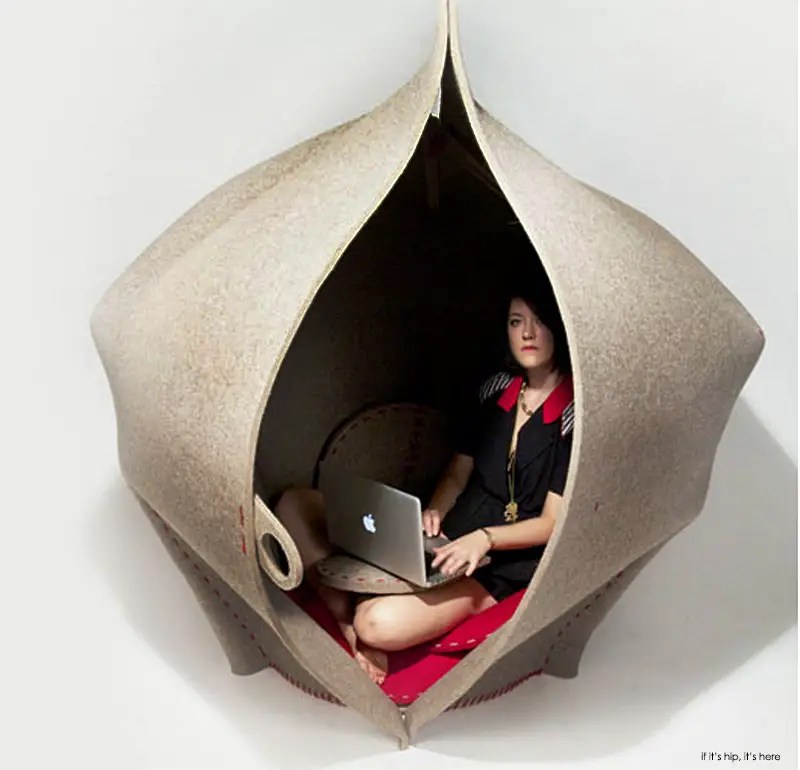 The private and peaceful flexible sanctuary received quite a bit of press when it first appeared as a prototype at design shows a few years back. FastCo Design even featured it way back in 2011. Now, having been manufactured by Ness Furniture, it’s available for purchase, but very pricey.  £2700.00 / $4154.88 above: Freyja in an early HUSH prototype- note the wooden base is now gone. 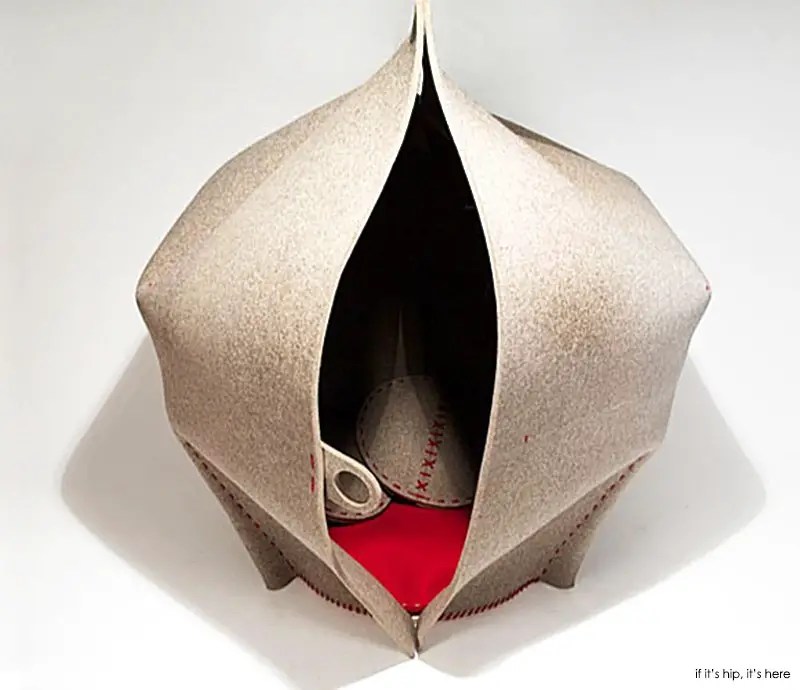 above: The HUSH pod as it is now.

The HUSH is made from one single piece of industrial biodegradable wool. The breathable and durable material keeps you warm when it’s cold and cool when it’s warm. It’s produced sustainably from free-roaming fleece-producing sheep. The internal padding of HUSH is made from recycled wool fibers, a by-product of the British carpet industry. There have been a few changes to the HUSH since it was first introduced. The HUSH no longer has the wooden feet shown is some of its earlier iterations, making it entirely malleable. And it now has red stitching which looks great against the speckled neutral wool. By creating an enclosed space HUSH provides a personal retreat, a luxurious escape into a dark, hushed, natural space in the midst of a busy hotel, airport, office or library. 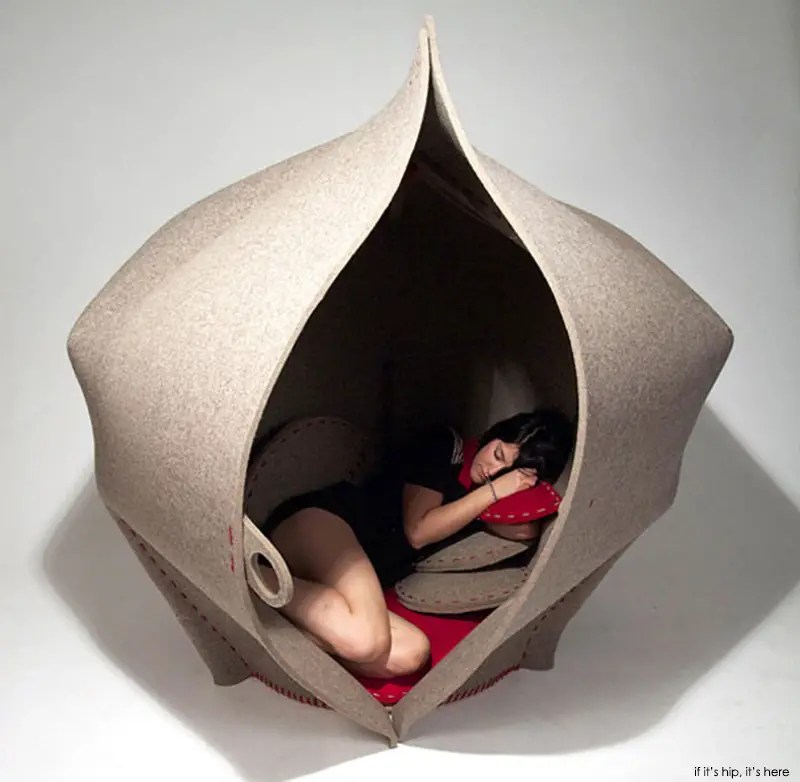 HUSH provides a quiet space in an age of exponential population growth, where privacy and peaceful respite is an increasingly precious commodity. HUSH is manufactured in Durham by Ness Furniture, by skilled craftsmen and women, supporting and revitalizing Britain’s ancient heritage of makers.

HUSH was selected by Kevin McCloud as a “Green Hero” for Grand Designs Live.