The Oscar Poster:Oscar® Glistens for His 80th

The official poster of the 80th Academy Awards® features the iconic Oscar glowing among bright lights against a black background.

Capturing the allure and excitement of the Oscars®, the design was originally conceived by legendary motion picture poster illustrator Drew Struzan and executed by his son, Christian.

Each 27 x 40-inch poster is printed on premium quality, Forest Stewardship Certified paper. The 80th Academy Awards poster is available for purchase for $25 (includes shipping within the U.S.). 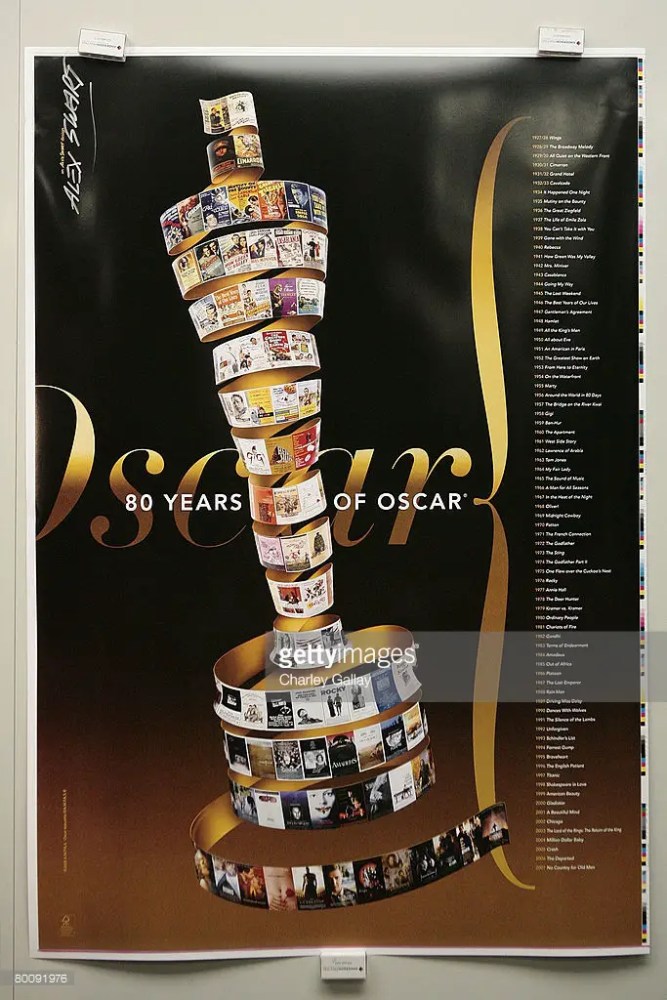 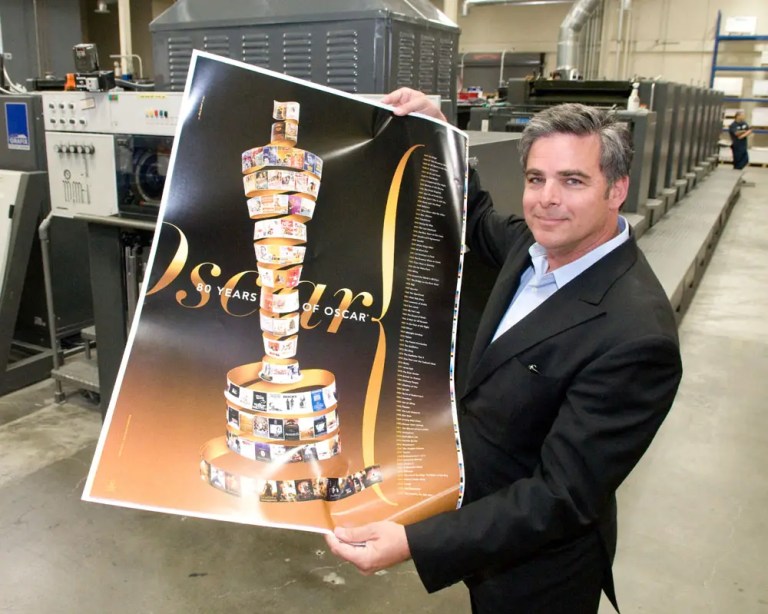 To pre-order by telephone, please call 1-800-99-FILMS (option 5) during normal business hours or order online. For more information on prices, shipping and how to order, click here. Above: Jon Stewart, this year’s host (and my schoolgirl crush) at rehearsal above: this year’s Architectural Digest green room was designed in Hollywood Glam Style by Carlton Varney. Building upon groundwork laid a year ago, Academy President Sid Ganis announced today that ecologically intelligent practices have been incorporated into the planning and execution of the upcoming 80th Annual Academy Awards presentation on Sunday and related events.

The Academy’s green initiative, which includes several energy-saving strategies, is being carried out in collaboration with the Natural Resources Defense Council, a non-partisan environmental and advocacy organization.

“Last year, in planning and producing the Oscar® show, we chose supplies, resources and services designed to reduce Oscar’s ecological footprint,” said Ganis. “This year, with the guidance and support of the NRDC, we’ve been able to do even more.”

A few highlights of the Academy’s green program include:

* With support from the Los Angeles Department of Water and Power, 100% of the energy used for the telecast, the red-carpet arrivals show and the Governors Ball will be supplied by renewable windpower.
* All of the generators used for the production, for press support and the red carpet arrivals area are powered by a fuel mix that includes biodiesel.
* Among the vehicles made available by General Motors for use by production staff and presenters are zero-emission hydrogen-powered cars and hybrids.
* Nearly all food serviceware for events associated with the Awards Presentation is either reusable or biodegradable/compostable.
* The programs, invitations, RSVP cards, envelopes, parking passes and other printed materials include a minimum of 30% postconsumer recycled content.

For further details about this initiative visit the Environmental Achievements page.

It’s been called “the Academy statuette,” “the golden trophy” and “the statue of merit.” The entertainment trade paper, Weekly Variety, even attempted to popularize “the iron man.” Thankfully, the term never stuck. Born in 1928, the Academy Award of Merit — which we know as simply “the Oscar” — depicts a knight holding a crusader’s sword, standing on a reel of film with five spokes, signifying the original branches of the Academy: Actors, Writers, Directors, Producers and Technicians.

The Origin of the Oscar Name
A popular but unsubstantiated story has been that the moniker caught on after Academy librarian and eventual executive director Margaret Herrick said that the statuette resembled her Uncle Oscar. Its first documented mention came after the sixth Awards Presentation in 1934 when Hollywood columnist Sidney Skolsky used it in reference to Katharine Hepburn’s first Best Actress win. The Academy itself didn’t use the nickname officially until 1939.

Oscar has changed his look on occasion. From the 1930s through the 50’s, juvenile players received miniature replicas of the statuette; ventriloquist Edgar Bergen was presented with a wooden statuette with a movable mouth; and Walt Disney was honored with one full-size and seven miniature statuettes on behalf of his animated feature SNOW WHITE AND THE SEVEN DWARFS. In support of the World War II effort between 1942 and 1944, Oscars were made of plaster, to be traded in for golden statuettes after the war. Additionally, the base was raised and changed from marble to metal in 1945. And in 1949, Academy Award statuettes began to be numbered, starting with No. 501.

Wanna see how Oscar is made? Check out this post

Because You Asked For It: The 2017 Oscar Fashion Rundown

Paperman – The Full Animated Oscar Nominated Short And Some Behind The Scenes Info.