you are here: if it's hip, it's here » richard neutra 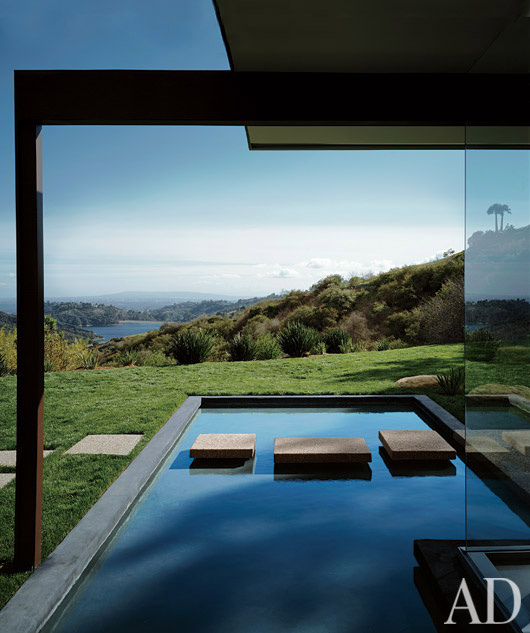 In the 2011 April issue of Architectural Digest, the magazine featured a Neutra home by the legendary mid-century modern architect. The iconic house, named the Singleton Home, had been owned by Vidal Sassoon and his wife Ronnie since 2004. END_OF_DOCUMENT_TOKEN_TO_BE_REPLACED

If bullet planters, Nelson platform benches, Eames lounge chairs, slate rock, clerestory windows and dry heat set your heart a-beating, you might want to consider renting one of the following mid-century modern homes in Southern California next time you need to ‘get away’. END_OF_DOCUMENT_TOKEN_TO_BE_REPLACED

Can Houses Be Sold Like Art?
In a closely watched test of the concept of selling a House as Art, a restored modernist home in Palm Springs, Calif., fetched $15 million this week at Christie’s prestigious evening sales — a record for a home sold at an art-house auction, yet far less than expected for some. END_OF_DOCUMENT_TOKEN_TO_BE_REPLACED