you are here: if it's hip, it's here » norman rockwell

Every year around the Holidays, Norman Rockwell’s works find their way into articles, posts (guilty) and memes, filling us with nostalgia for the “good ol’ days” of white picket fences, cuffed jeans and an unrealistic, predominantly white view of today’s family life (albeit the “Freedom of Worship” tableau, does include specific representations of Protestantism, Catholicism and Judaism). To more realistically reflect today’s more diverse and atypical Americans a group of artists have decided to reinterpret the four freedoms paintings into 16 contemporary photographic executions. END_OF_DOCUMENT_TOKEN_TO_BE_REPLACED

I know, I know, every blogger, Pinterest pinner and Reddit member has posted their own selection of spoofs of Norman Rockwell’s 1942 famous oil painting titled Freedom From Want, commonly referred to as Thanksgiving Dinner. Here are the ones you’ve likely seen (The Simpsons and Superheroes) as well as some of the more interesting and unusual ones you may not have. END_OF_DOCUMENT_TOKEN_TO_BE_REPLACED

The most common belief is that the tradition of breaking the wishbone at Thanksgiving began with the ancient Etruscans and Romans who dried chicken wishbones and touched them as they made a wish. Lacking enough bones to go around the Romans fought over them – breaking them in the process. The Romans were said to have later introduced the practice into Great Britain. END_OF_DOCUMENT_TOKEN_TO_BE_REPLACED 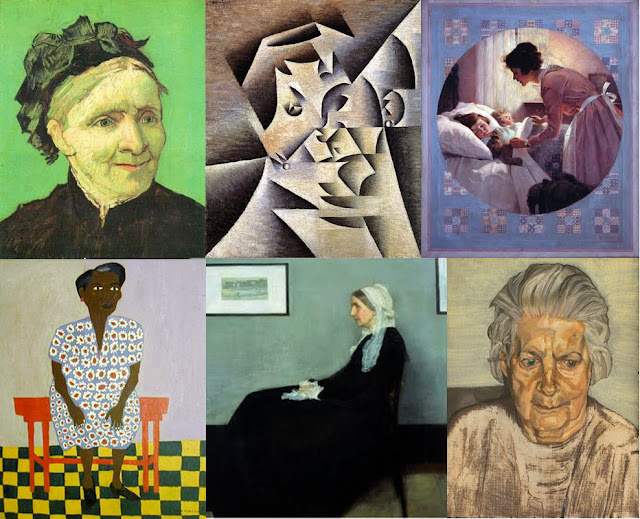 In honor of Mother’s Day, I wanted to share one of my favorite original posts. Famous Artists Paint Their Mothers are thirty-three portraits of the female forebears of various respected and well-known painters. The portraits range from the 15th century to the present* – excluding paintings of The Madonna, arguably the most famous of all mothers. END_OF_DOCUMENT_TOKEN_TO_BE_REPLACED