you are here: if it's hip, it's here » modern miniatures

Just in time for the holidays when a new dollhouse makes a wonderful gift for children and adults alike, brinca dada, manufacturers and designers of some of the most beautiful modern dollhouses have released two new products. END_OF_DOCUMENT_TOKEN_TO_BE_REPLACED 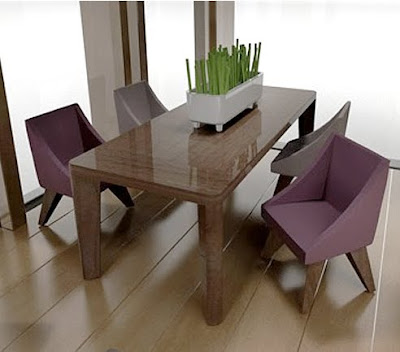 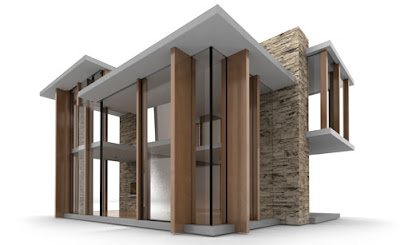 I was absolutely thrilled to learn that brinca dada of New York has created a modern dollhouse, inspired by Richard Neutra’s Kaufmann Desert House and the Cooper residence designed by A. Quincy Jones. END_OF_DOCUMENT_TOKEN_TO_BE_REPLACED

Paris Renfroe established Paris Renfroe Design in San Francisco California in the summer of 2002. Since then he has worked with numerous clients in the San Francisco Bay Area, as well as Los Angeles, Las Vegas, New York, and the Minneapolis-St. Paul areas. END_OF_DOCUMENT_TOKEN_TO_BE_REPLACED

I suppose it’s the combination of being a female, a wannabe architect and having a predilection for modern design that makes me somewhat obsessed with modern dollhouses. END_OF_DOCUMENT_TOKEN_TO_BE_REPLACED 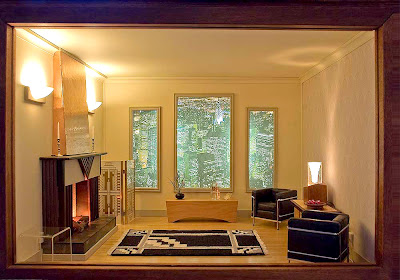 above: Art Deco City room (look at the Corbusier Chairs and lucite table!)

Before you simply glance at the pictures below and think you are simply viewing yet another series of beautifully designed modern interiors… STOP and realize these are miniature models. END_OF_DOCUMENT_TOKEN_TO_BE_REPLACED