The Met Gala 2021 took place last night. Few followed or understood the theme, American Independence -paying tribute to American Style, but that happens every year. While there were a… 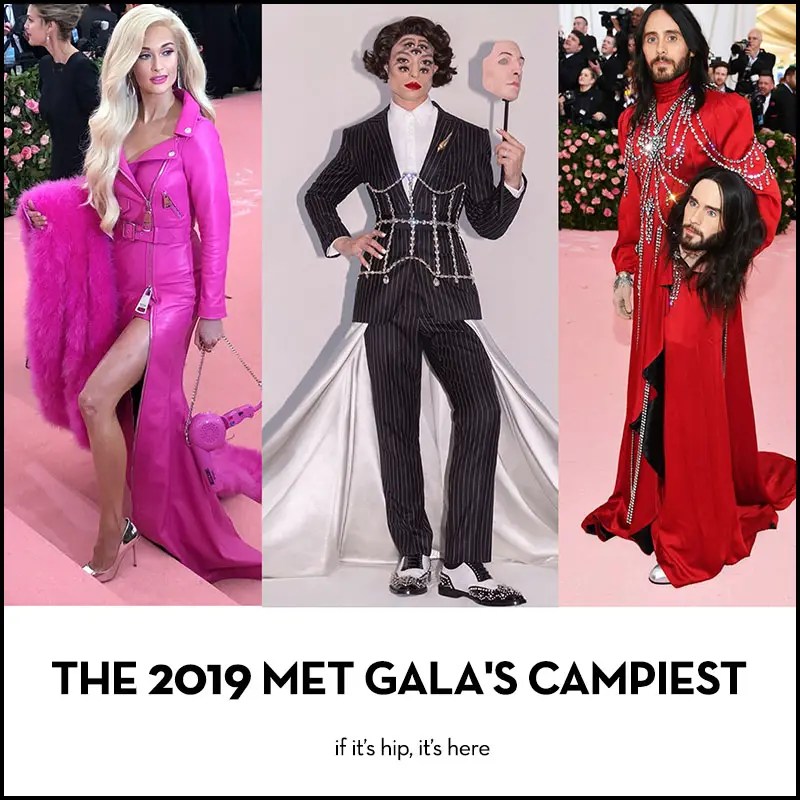 The biggest annual red carpet extravaganza, The Met Gala, chose a theme this year that was apparently lost on some. Curators and co-chairs for this year’s annual fundraiser for the Metropolitan Museum of Art’s Costume Institute decided to go with “Camp: Notes on Fashion,” a play on writer Susan Sontag’s seminal essay, “Notes on Camp.” From the looks of it, several opted to ignore the theme and just appeared in formal gowns- albeit beautiful formal gowns- and suits. But others really nailed it and we’ve got pics of the 2019 Met Gala’s Campiest Fashions to prove it. END_OF_DOCUMENT_TOKEN_TO_BE_REPLACED Now, that I’ve shared with you a post about the Metropolitan Museum’s exhibit “Punk: Chaos to Couture“, I thought it would be fun to see which celebrities and models rocked the punk look for the opening night gala at the Met. END_OF_DOCUMENT_TOKEN_TO_BE_REPLACED

Continue ReadingStuds, Spikes and Safety Pins. 20 Celebs That Rocked The Punk Look At The 2013 Met Gala.