you are here: if it's hip, it's here » met gala fashions

The biggest annual red carpet extravaganza, The Met Gala, chose a theme this year that was apparently lost on some. Curators and co-chairs for this year’s annual fundraiser for the Metropolitan Museum of Art’s Costume Institute decided to go with “Camp: Notes on Fashion,” a play on writer Susan Sontag’s seminal essay, “Notes on Camp.” From the looks of it, several opted to ignore the theme and just appeared in formal gowns- albeit beautiful formal gowns- and suits. But others really nailed it and we’ve got pics of the 2019 Met Gala’s Campiest Fashions to prove it. END_OF_DOCUMENT_TOKEN_TO_BE_REPLACED

Last night New York was abuzz with the 2017 Met Gala, The Metropolitan Museum of Art Costume Institute’s annual ball. This year’s event honored irreverent designer Rei Kawakubo of Comme des Garçons with the theme of “Art of the In-Between”, the exhibition presently on show at the Museum. And we’ve got the 2017 Met Gala Red Carpet Fashions from the event for you. END_OF_DOCUMENT_TOKEN_TO_BE_REPLACED

New York’s most coveted annual event, the 2015 Costume Institute Gala at The Metropolitan Museum of Art brings out the best when it comes to fashion. This year the theme was 2015: China: Through the Looking Glass and dresses were crazy, beautiful and daring. Here’s a good look at the wildest – and in some cases weirdest- fashions worn to last night’s 2015 Met Gala by some of the best known celebrities. END_OF_DOCUMENT_TOKEN_TO_BE_REPLACED 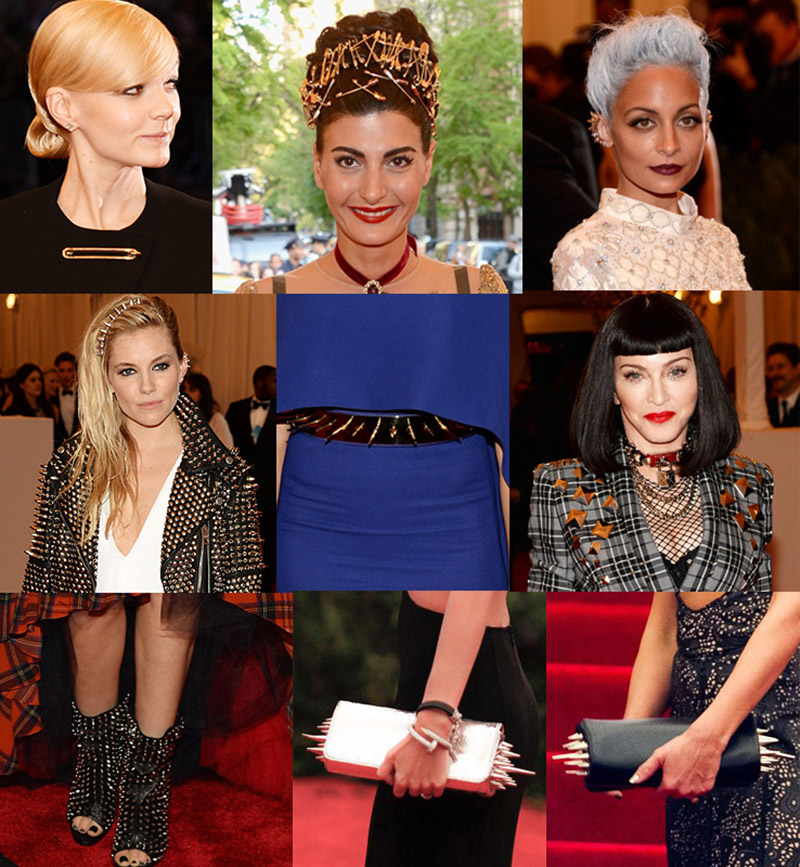 Now, that I’ve shared with you a post about the Metropolitan Museum’s exhibit “Punk: Chaos to Couture“, I thought it would be fun to see which celebrities and models rocked the punk look for the opening night gala at the Met. END_OF_DOCUMENT_TOKEN_TO_BE_REPLACED