you are here: if it's hip, it's here » lounge seating

The Retro Alien Couch (modeled after the classic video game Space Invaders) by Igor Chak is now more than a concept (as you may recall from here) , it’s an actual sofa available for purchase. At least for a limited time. END_OF_DOCUMENT_TOKEN_TO_BE_REPLACED

The new Moroso Doodle Sofa by Front Design was born out of a habit that many of us have- designers in particular. Created by the Swedish design group Front, all three members (Sofia Lagerkvist, Charlotte von der Lancken and Anna Lindgren) used doodles they had made during design meetings to create the sofa’s pattern. END_OF_DOCUMENT_TOKEN_TO_BE_REPLACED 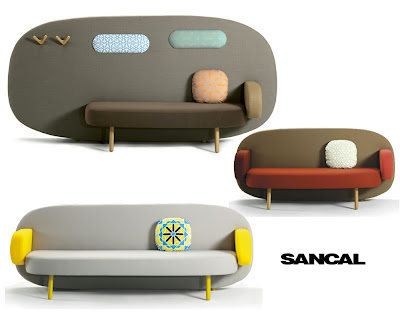 The FLOAT sofa designed by Karim Rashid for Spain’s Sancal was introduced at this year’s Salone del Mobile and combines an upholstered screen-like back with seating. The modern couch can serve as a space divider, a coat rack or simply lounge seating. END_OF_DOCUMENT_TOKEN_TO_BE_REPLACED 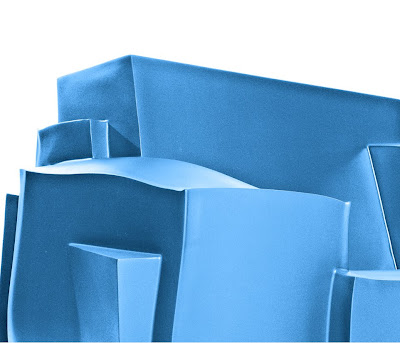 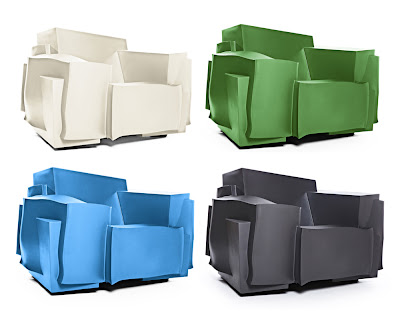 In 2010 Cappellini And Walt Disney Signature Presented A Special Production Series of The TRON Armchair Designed By Dror Benshetrit For Design Miami 2010. 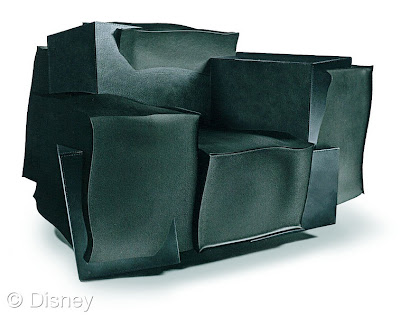 above: The prototype for Disney. Raw Data forms a jagged and angular landscape, serving as a muse for a chair that is comprised of intersecting layers and textures of ‘digital’ rock. Constructed of composite material consisting of impregnated fiberglass with polyester resin processed with manual layering, these Special Production Walt Disney Signature TRON Armchairs invite you to “sit off the grid.”

You may have read about these on such design sites as Core 77, Curated Mag and Design Milk. Their reports showed the Special Production Walt Disney Signature TRON Armchairs made of fiberglass and in gritty and unusual paint jobs such as these: 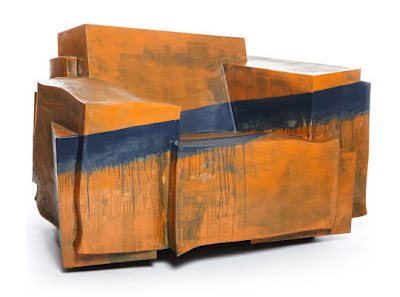 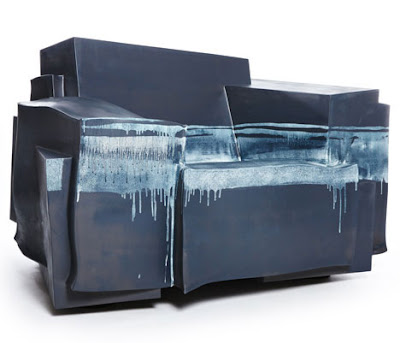 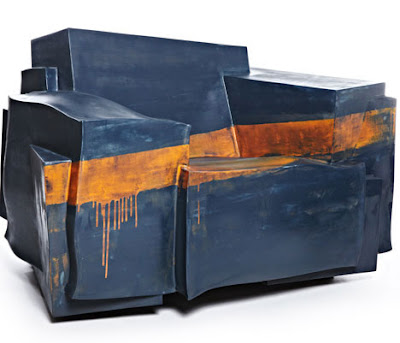 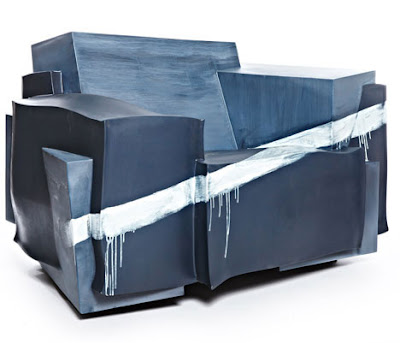 Initially made as a series of four “one-off” fibreglass prototypes, when it came to mass production Cappellini and Poltrona Frau went with four new colors and 100% recyclable material. 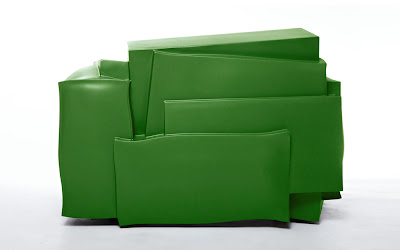 Giulio Cappellini plays on the contrasts suggested by the film; the contrast between the real world and the world of TRON:Legacy. Natural elements embody this juxtaposition, so the dark grey of the “stone”, and the white of the “air” represent the landscape of Tron and the safe house, while the light blue of “water” and the green of the “grass” represent the real world: 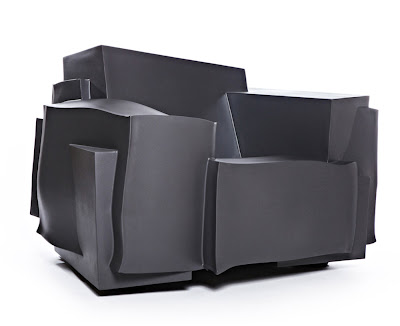 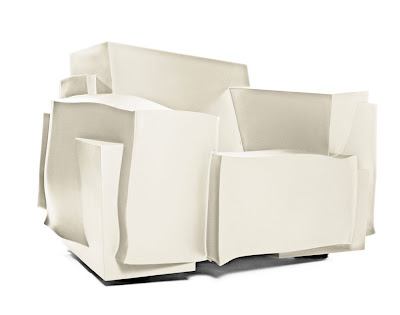 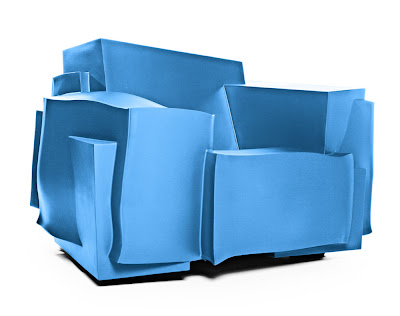 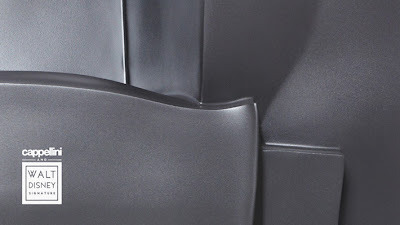 Conceived from the futuristic world of the Disney film “TRON: Legacy” and designed by Dror Benshetrit of Studio Dror, the Tron Armchair is a product profoundly inspired by material with features that are reminiscent of the rugged and rocky landscape which surrounds the digital world of TRON. Initially made as a series of four “one-off” fibreglass prototypes individually hand-finished by New York designer Dror Benshetrit (shown below in the chair).

Using the roto-molding technique, made of 100% recyclable material and suitable for both indoor and outdoor use, the armchair is now available in four different colors.

Designer Benshetrit talks about the mass-produced TRON Chair at the Milan Design Village, 2011:

Designed by Maurizio Galante for Cerruti Baleri, these digitally photo-printed poufs, Tatinos, are available in an egg-shape (tato) or as a perfect sphere (tatino). END_OF_DOCUMENT_TOKEN_TO_BE_REPLACED

The Bloom Chair by Kenneth Cobonpue will make you feel like Thumbelina enveloped in a flower. Made of deep soft folds of handmade microfibre fabric stitched into a steel base, the chair is available in Red, Moss Green, Light Green & Yellow. END_OF_DOCUMENT_TOKEN_TO_BE_REPLACED

The Chool is a new concept in modern seating. A combination stool and a chair in one (hence the name), designed by James Lucas for Slam. END_OF_DOCUMENT_TOKEN_TO_BE_REPLACED

Inspired by his love of sports, designer Paolo Lillus has designed modern lounge chairs whose shape, design and fabrics emulate sports balls of all types. And each has a matching ottoman. END_OF_DOCUMENT_TOKEN_TO_BE_REPLACED