you are here: if it's hip, it's here » limited edition star trek

Got a terrier who’s a Trekkie? Or a Corgi with a crush on Captain Kirk? Maybe your canine is just a geek or shares your penchant for the world of Star Trek. Either way, Crowded Coop has just launched a line of dog products inspired by Star Trek, TOS  – that’s “The Original Series” for those of you who are not Trexperts. END_OF_DOCUMENT_TOKEN_TO_BE_REPLACED 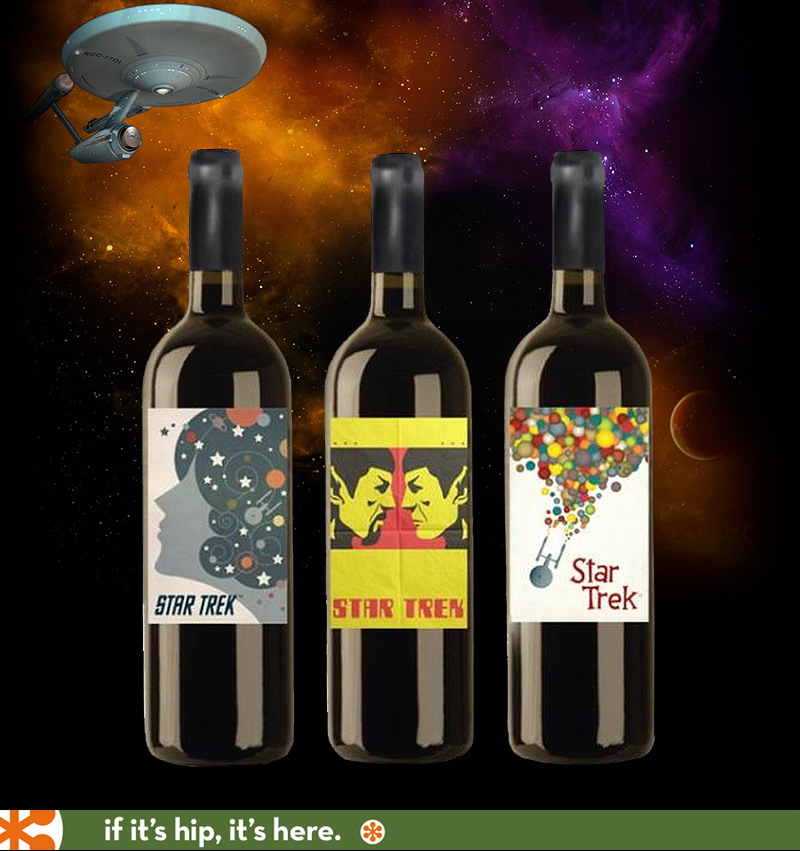 Star Trek Wines are a limited edition of varietals that feature artwork designed by artist Juan Ortiz in celebration of Star Trek: The Original Series. Fans will recognize three of the wine labels as three of the most beloved episodes of all time: “The City on the Edge of Forever,” “The Trouble with Tribbles” and “Mirror, Mirror.” END_OF_DOCUMENT_TOKEN_TO_BE_REPLACED

Now that the new Star Trek movie, Star Trek: Into Darkness is out, the marketiing tie-ins have begun. One of the funniest to me is the selling of officially licensed Star Trek Fragrances. END_OF_DOCUMENT_TOKEN_TO_BE_REPLACED 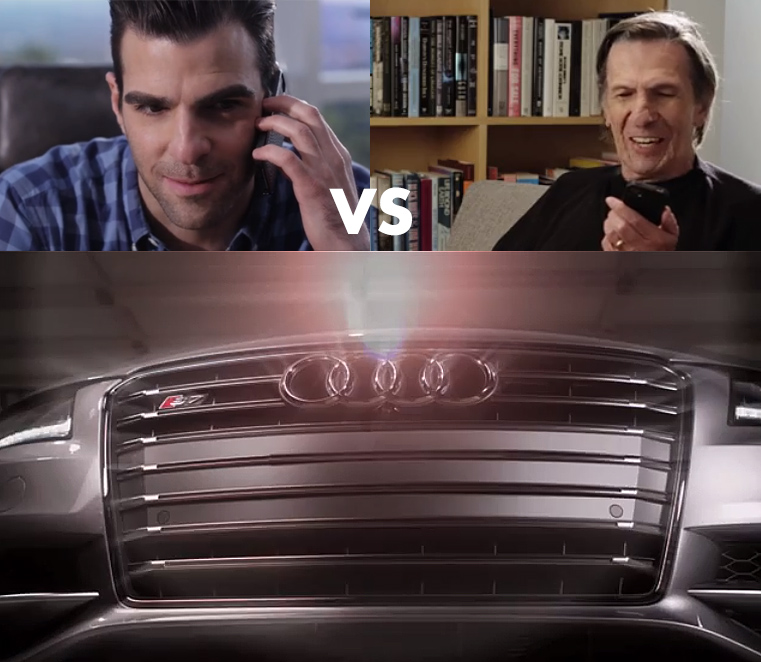 The new Audi S7 looks as aerodynamic and almost as futuristic as the latest USS Enterprise, with an interior dash that rivals the NCC-1701’s main bridge. Therefore, casting Leonard Nimoy and Zachary Quinto in a face-off for command of the coolest vehicle was a fun move by Audi and a nice tie in to the upcoming May 16th release of J.J. Abrams’ movie, Star Trek: Into Darkness. END_OF_DOCUMENT_TOKEN_TO_BE_REPLACED

You’d have to be living on another planet not to know that the New Star Trek Movie is opening on May 8th. END_OF_DOCUMENT_TOKEN_TO_BE_REPLACED