Yet another reason to love Jon Stewart. The Daily Show host has decided that he doesn’t like and wants to improve CNN. Therefore, he is launching a $10 billion Kickstarter campaign to buy the news channel. END_OF_DOCUMENT_TOKEN_TO_BE_REPLACED 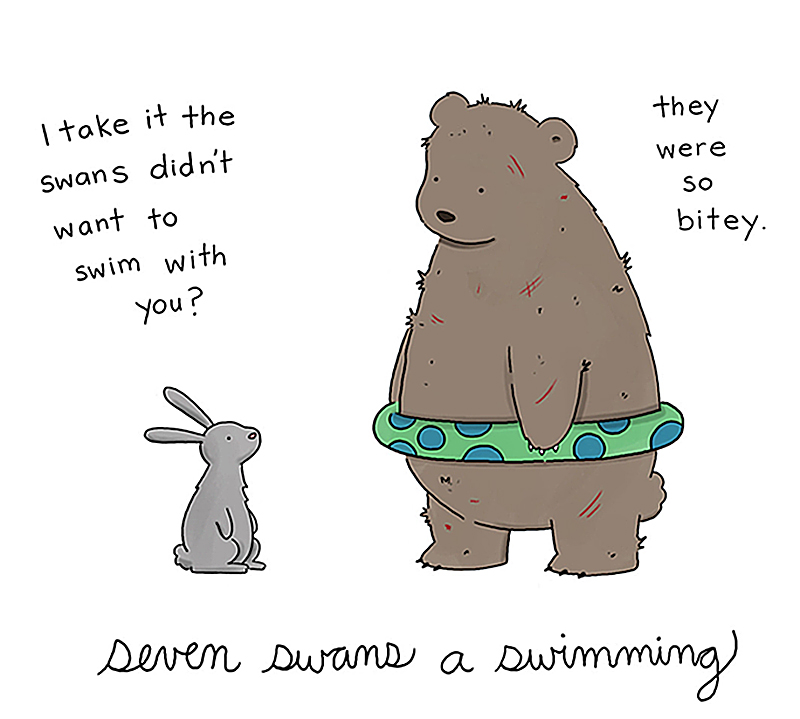 The 12 Days of Christmas as told by comic artist and Simpsons animator Liz Climo is a charming and hilarious exchange between a bear and a bunny that will warm your heart and give you the giggles. END_OF_DOCUMENT_TOKEN_TO_BE_REPLACED

With Anchorman 2: The Legend Returns opening in theaters December 20th, just about everyone will recognize the mustachioed suit-clad character Ron Burgundy, whether they’ve ever seen Will Ferrell in the role or not. That’s because the promotional tie-ins with Paramount Pictures upcoming film are, as Ron would say, “Kind of a Big Deal.” END_OF_DOCUMENT_TOKEN_TO_BE_REPLACED